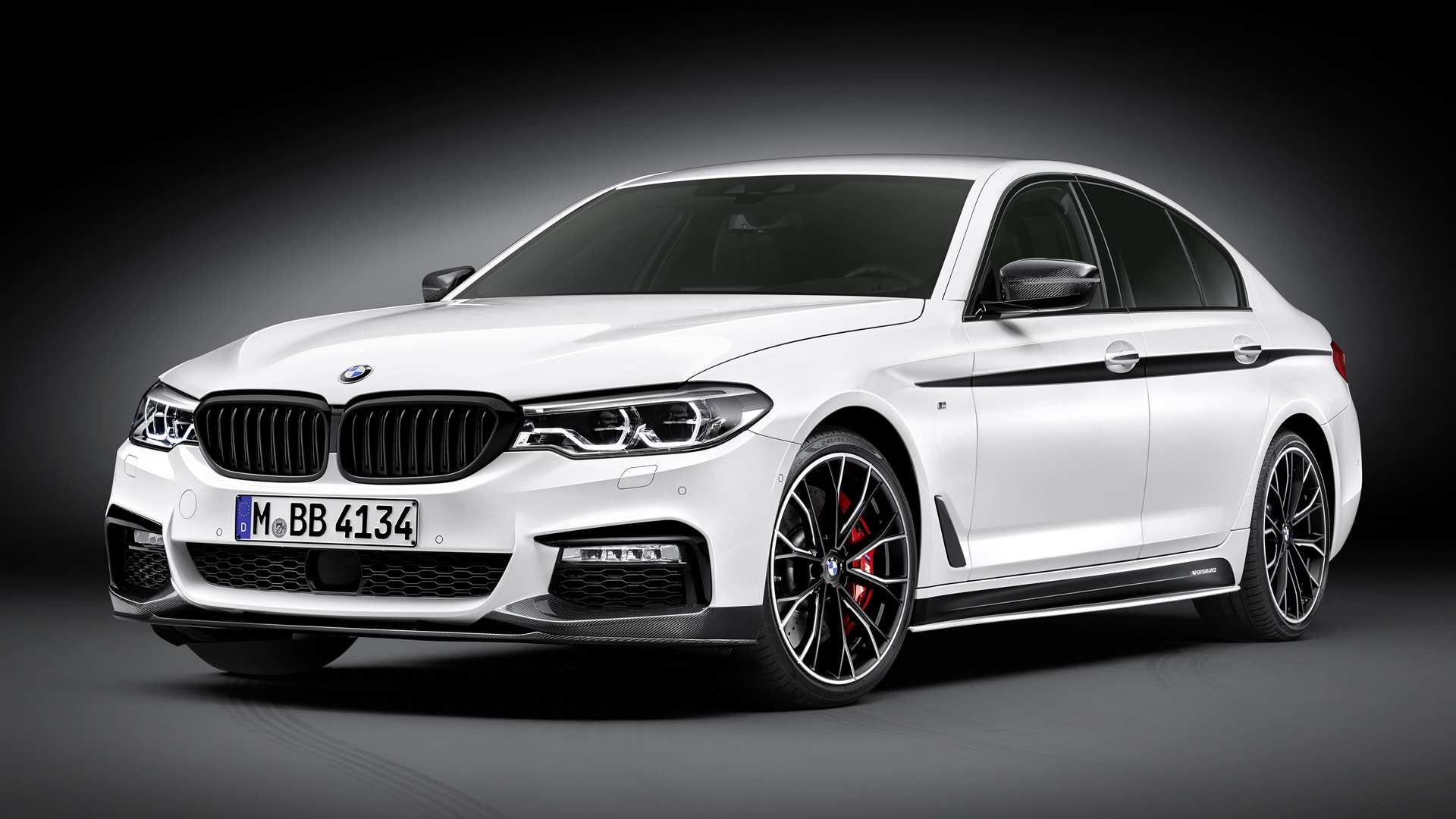 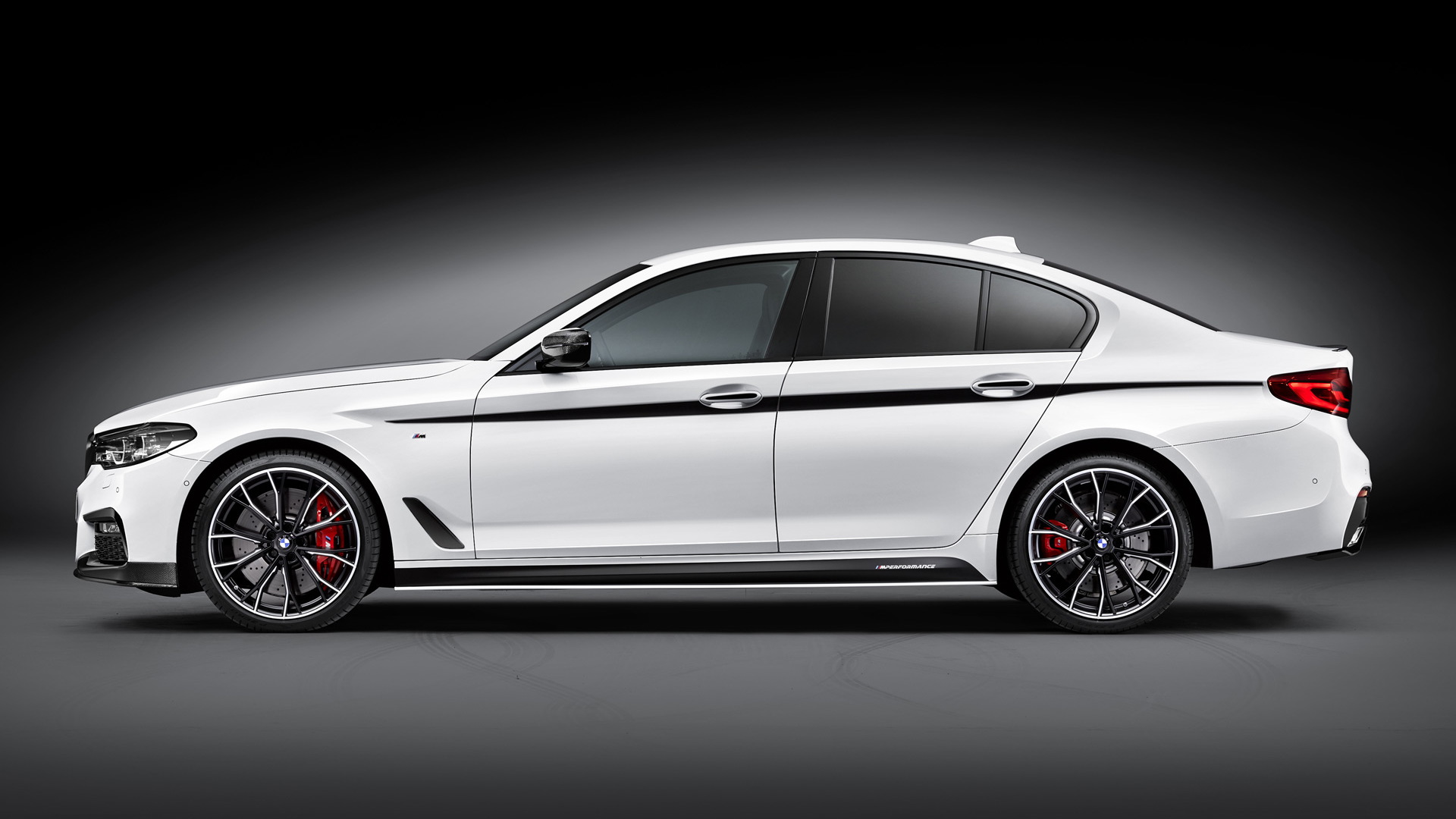 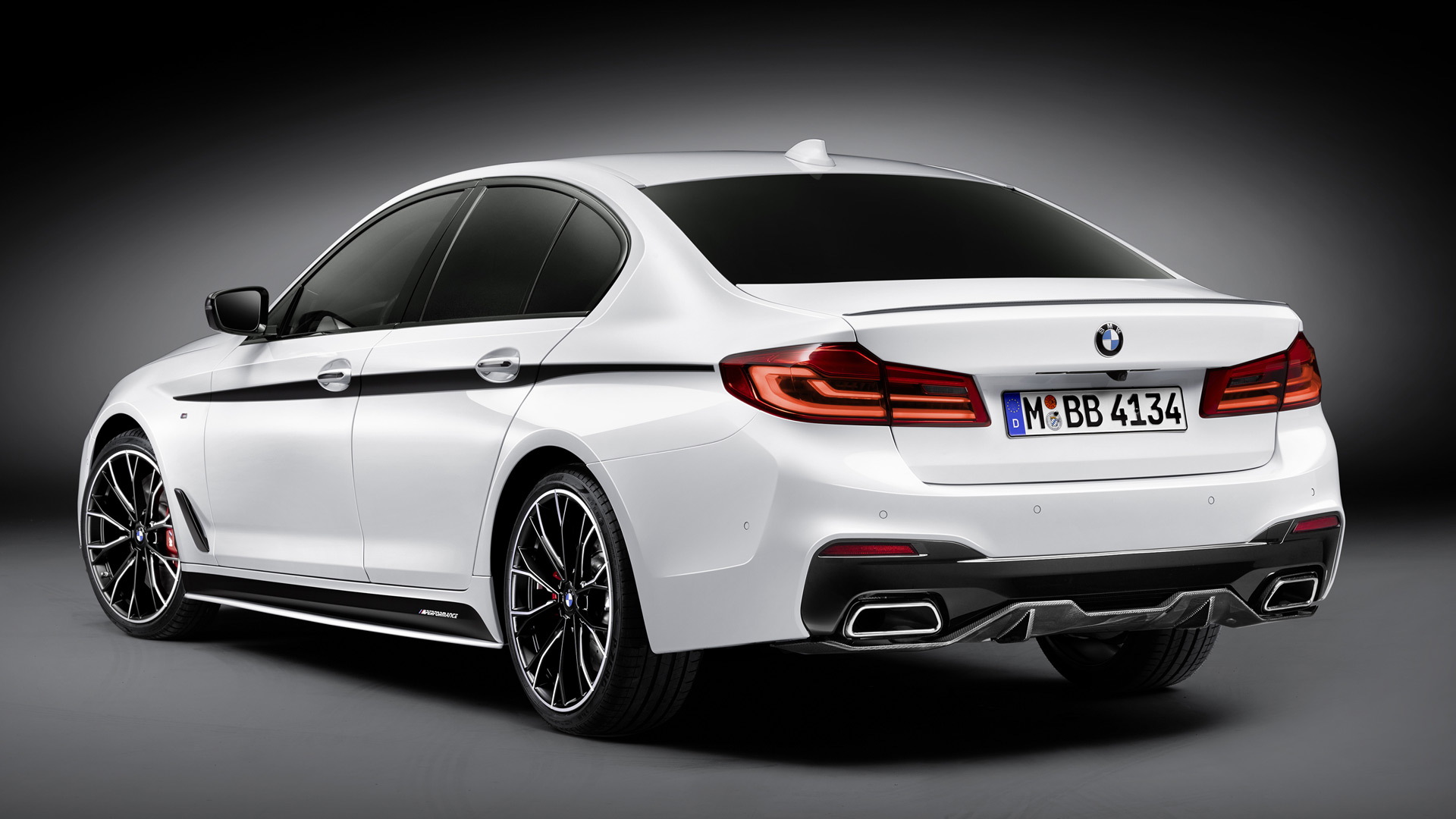 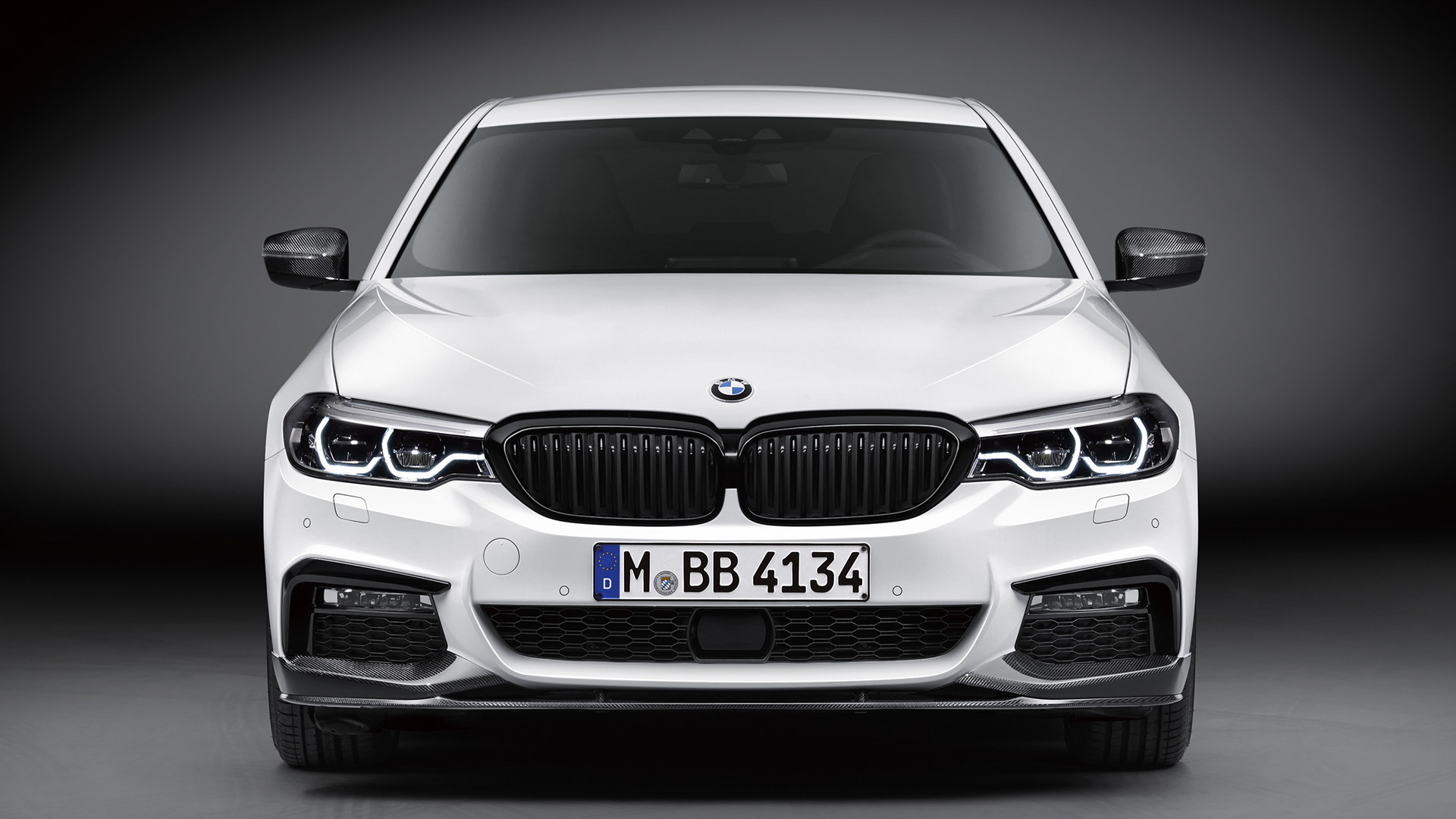 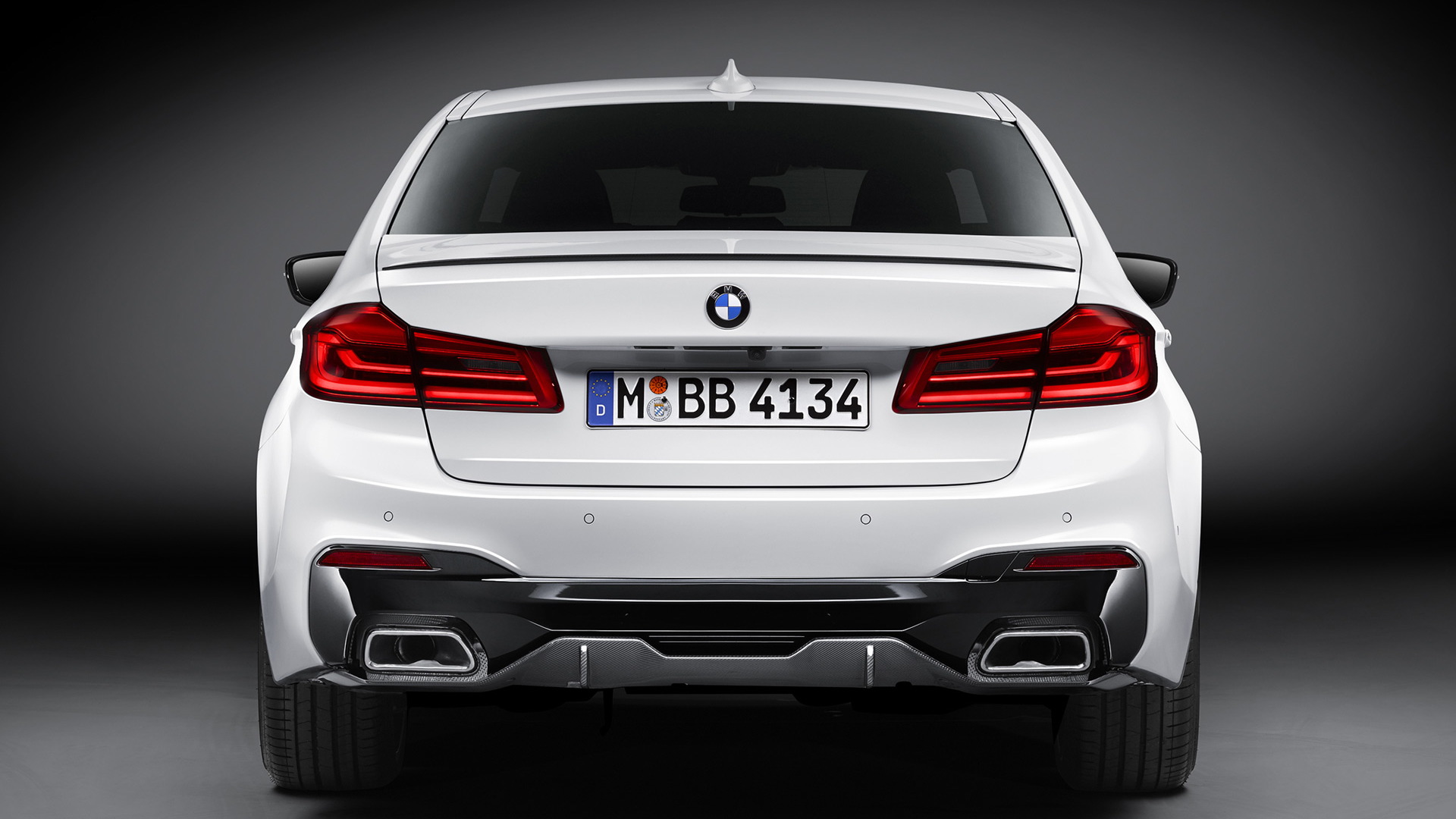 A redesigned BMW 5-Series is being introduced for the 2017 model year. It goes on sale next spring, initially in 530i and 540i guises. Sportier variants including an M550i M Performance model and an M5 sledgehammer are in the pipeline, but buyers that can’t wait can still inject their cars with a little extra sport thanks to some M Performance parts.

For example, for the 540i, there’s a Power and Sound Kit that increases output from the car’s turbocharged 3.0-liter inline-6 to 355 horsepower and 368 pound-feet of torque, up from a stock 335 hp and 332 lb-ft. The kit also includes a new muffler that enhances the sound of the car. This muffler can be ordered with a tailpipe finished in either chrome or carbon fiber.

A much more overt upgrade is the aerodynamic package. The range includes attachment parts for the front bumper, a rear diffuser and a rear spoiler in a carbon fiber finish. As supplementary features, there is also a choice of black side sill attachments and—as an alternative to the carbon fiber version—a rear spoiler and rear diffuser made of polyurethane. Buyers can also add carbon fiber side mirror caps and a grille finished in black.

Other popular M Performance parts include wheel and brake upgrades. The wheels shown here are a 20-inch light alloy design with a two-level, double-spoke pattern. The weight-optimized forged wheels are available entirely in the color Orbit Gray as well as in a two-tone finish. Meanwhile, the M Performance brakes consist of perforated discs with four-piston calipers up front and single-piston calipers at the rear.

For the interior, there is a sports steering wheel lined in Alcantara and marked with a red accent at the 12 o’clock position. There are also shift paddles for the 8-speed automatic transmission and accent stitching.

BMW’s M Performance parts can be ordered directly from the dealership. They can also be retrofitted after a car is delivered. Importantly, adding the parts has no impact whatsoever on the factory warranty.