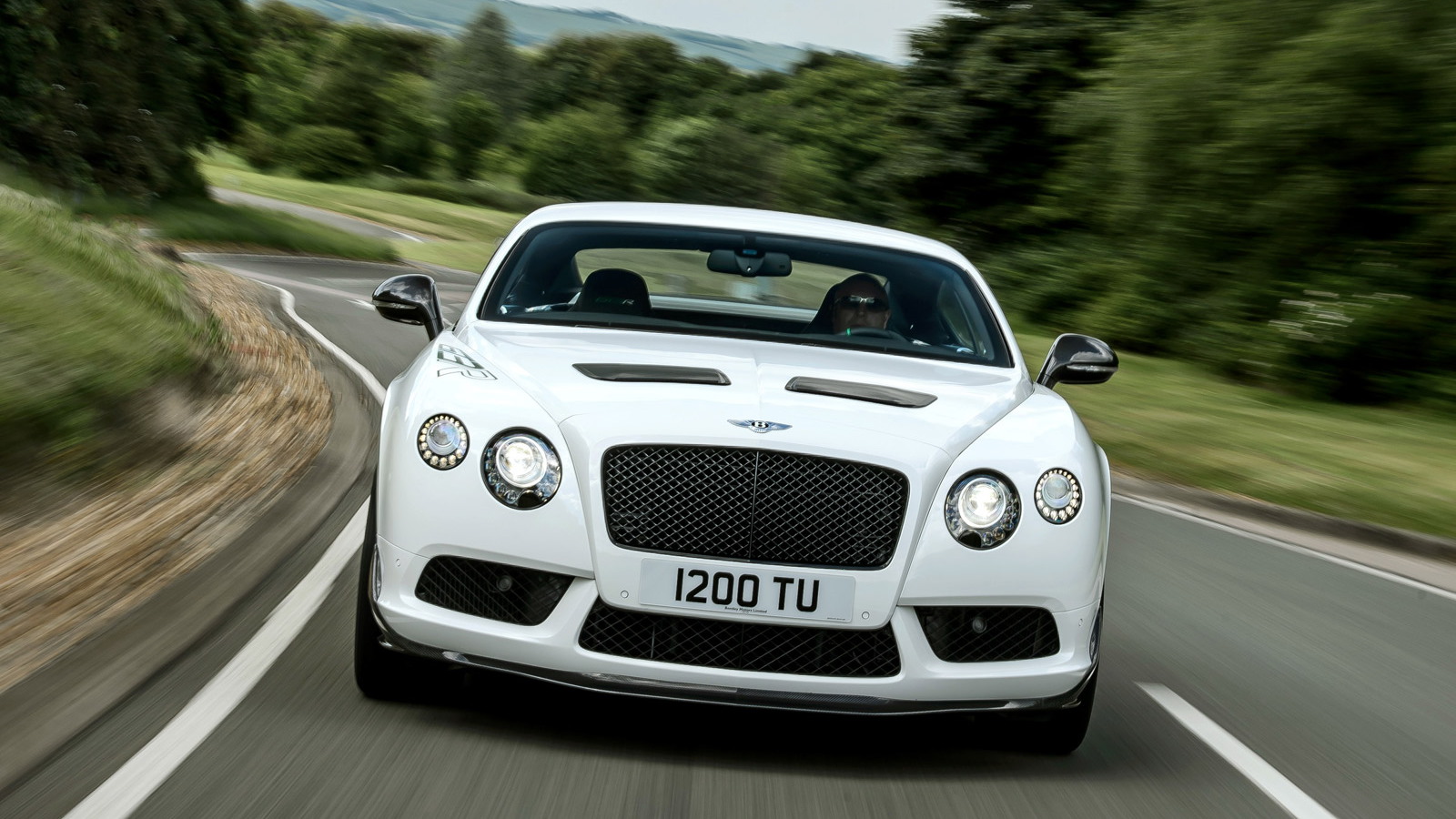 19
photos
A hardcore version of Bentley’s Continental GT has been hinted at since 2011 but the possibility of the luxury cruiser being turned into a track weapon never really seemed plausible until a racing version of the car was revealed last year. Now, the Continental GT race car has spawned a road-going version: the new Bentley Continental GT3-R.

The engine is a twin-turbocharged 4.0-liter V-8 common to the Continental GT V8, and in its latest application delivers 572 horsepower and 518 pound-feet of torque. Working with a weight reduction of 220 pounds and an eight-speed transmission with shorter gearing, the engine will rocket the Bentley coupe from 0-60 mph in just 3.6 seconds, making this the fastest-accelerating production Bentley ever. The curb weight is 4,839 pounds.

Unlike the race car, which features a rear-wheel-drive layout, the Continental GT3-R maintains the Continental GT’s all-wheel-drive system although it also features torque vectoring at the rear axle. The car’s electronic stability system and chassis has also been tuned for improved handling, in line with the car’s “most dynamic” billing.

Some of the modifications include air springs and dampers from the sporty Continental GT V8 S model, 21-inch light alloys shod with grippy Pirelli tires, and carbon ceramic brake discs with massive eight-piston calipers up front. The Continental GT3-R also features a vented hood, carbon accents around the body and a fixed rear spoiler.

As we’re still talking about a Bentley road car, plenty of luxury can be found within. While the rear seats have been removed to save weight, the front two benefit from additional side support through deeper bolsters. They are also lined in leather and Alcantara, and matching trim can be found on the steering wheel and gear lever.

The center console and fascia panels are made from carbon fiber, and the lightweight material is also used to create sculpted door casings that also include diamond-quilted Alcantara panels. Finally, GT3-R badging can be found on the center console and door sills, while the seats receive GT3-R stitching to the headrests in a bright green thread.

The new Bentley Continental GT3-R makes its official debut at the 2014 Goodwood Festival of Speed running from June 26-29. Production will be limited to just 300 units, and the vehicle is yet to be confirmed for U.S. sale.