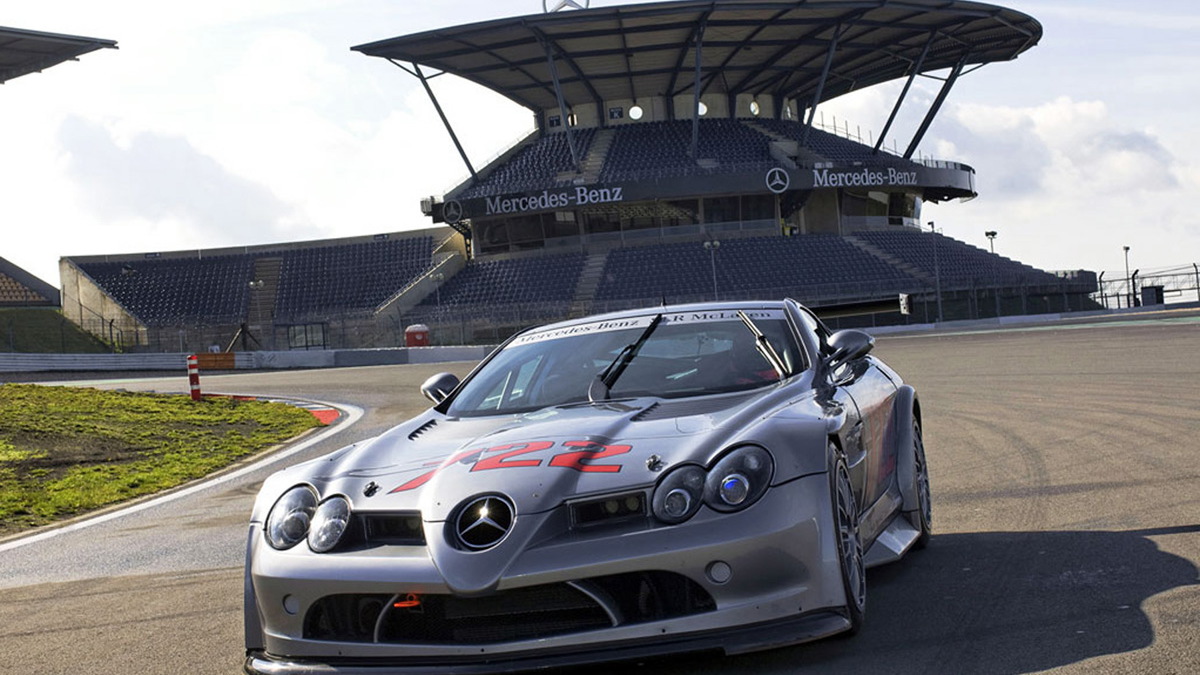 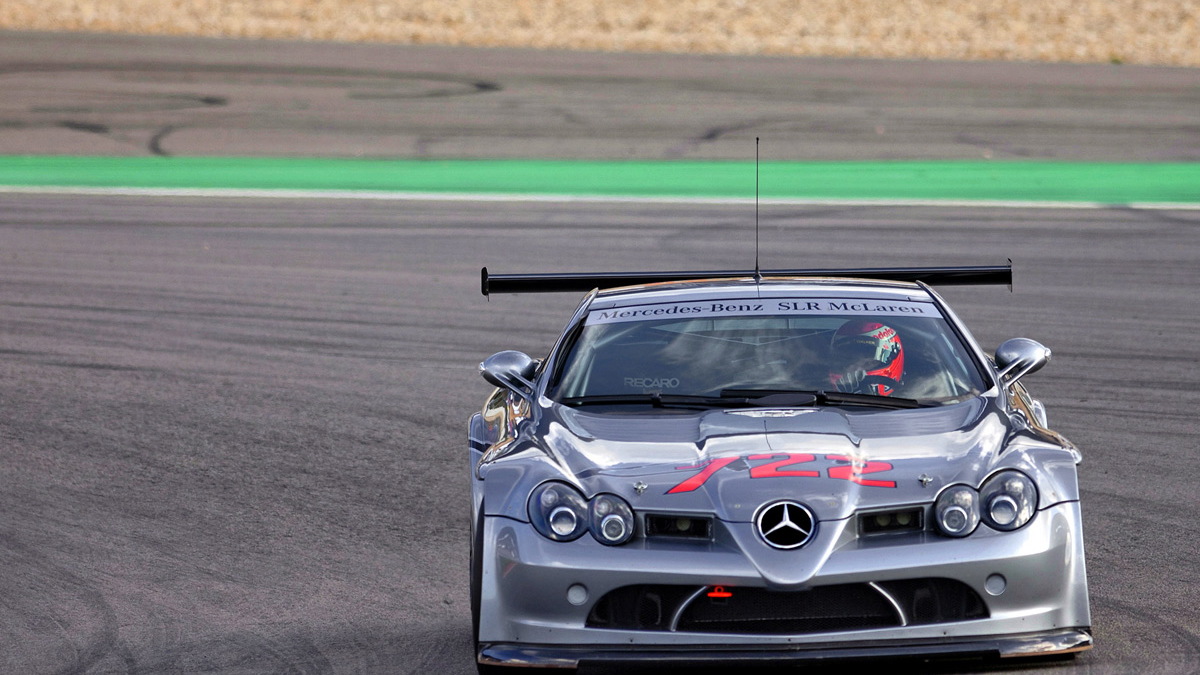 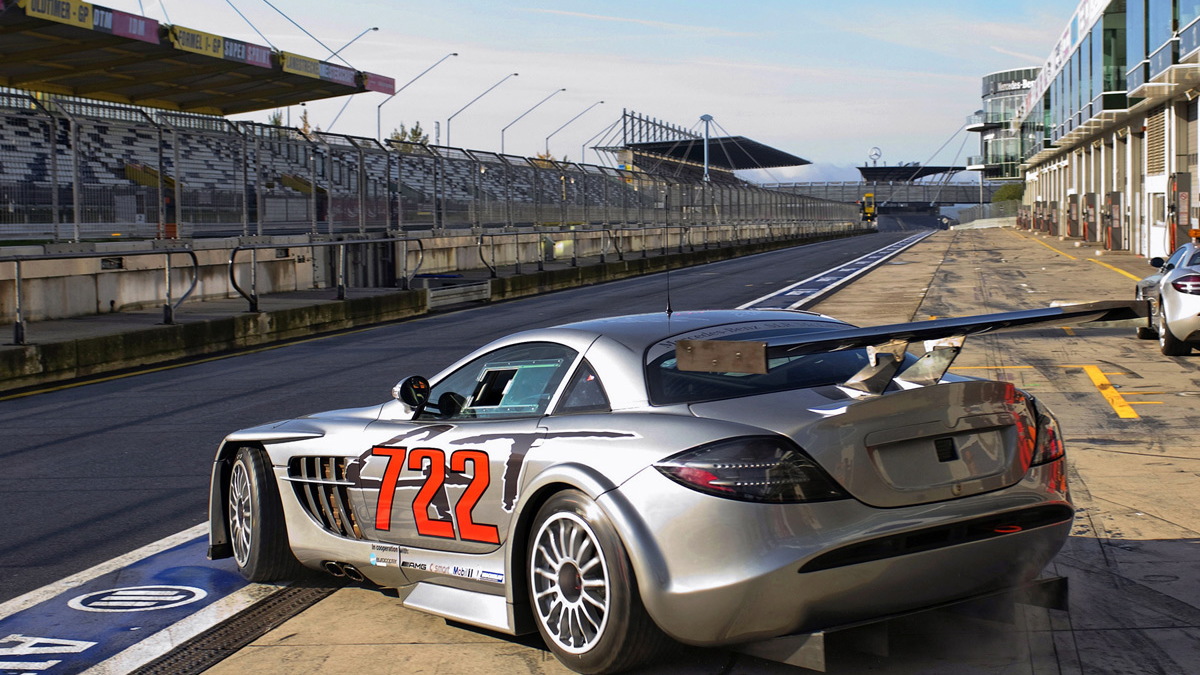 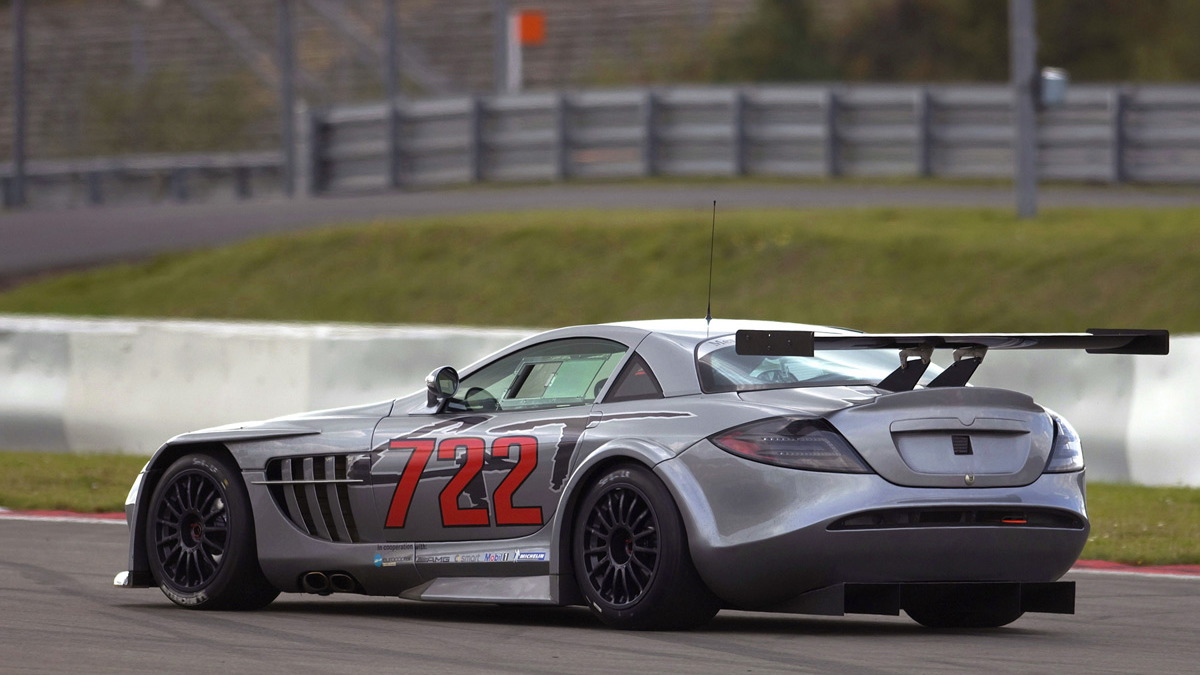 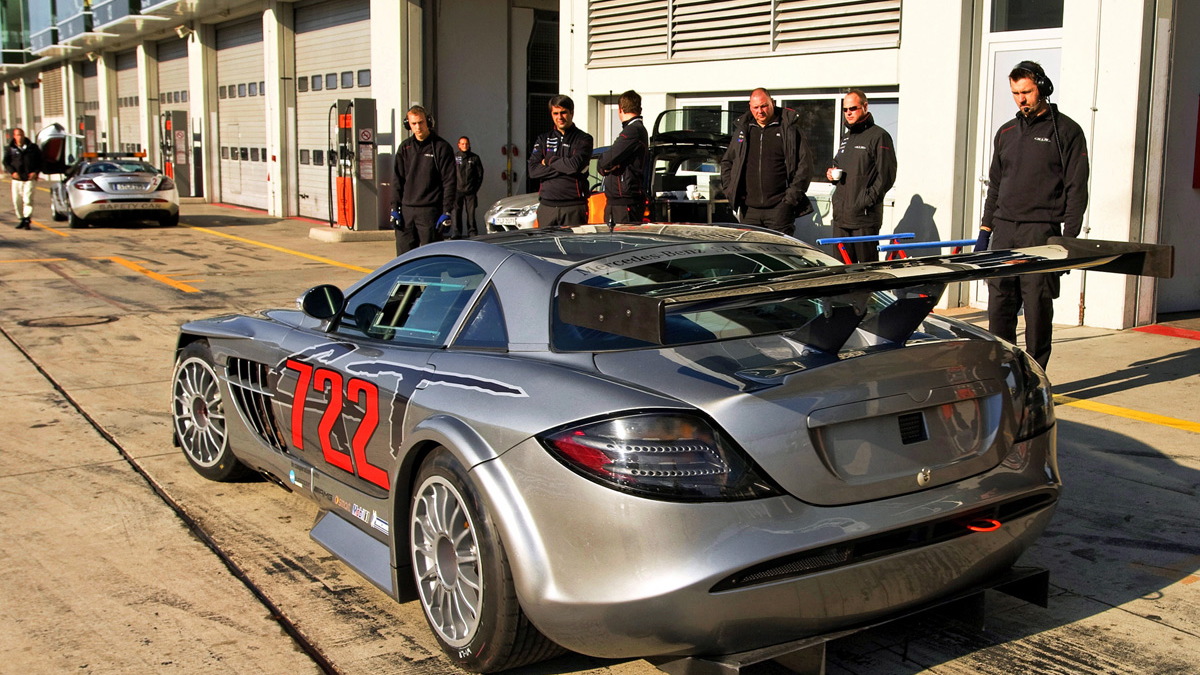 8
photos
A new version of the Mercedes-McLaren has been developed by British motorsports company RML Group for a handful of privateer teams who hope to compete in a new club racing series. The car was solely designed for the track and has no approval for on-road use but that hasn’t stopped 21 individuals paying the estimated €1 million price tag for the privilege of owning one of the hottest race cars on the planet.

Compared to the series-production version, the SLR 722 GT has been significantly upgraded with most of the modifications done to the suspension, braking system, aerodynamics, interior and exhaust system. In total, more than 400 components were either replaced or redesigned.

Under the hood lies a supercharged AMG 5.5L V8 that’s had its boost pressure wound up to 1.75bar. Other modifications to the powertrain include a high-flow sports filter and exhaust system. The final output of the force-fed motor stands at 671hp (500kW) and 830Nm (612lb-ft) of torque.

New body components include the front apron with front splitter, wide wings, prominent side skirts, the large rear diffuser and the fixed rear spoiler, all designed to improve the car’s aerodynamic performance on the track.