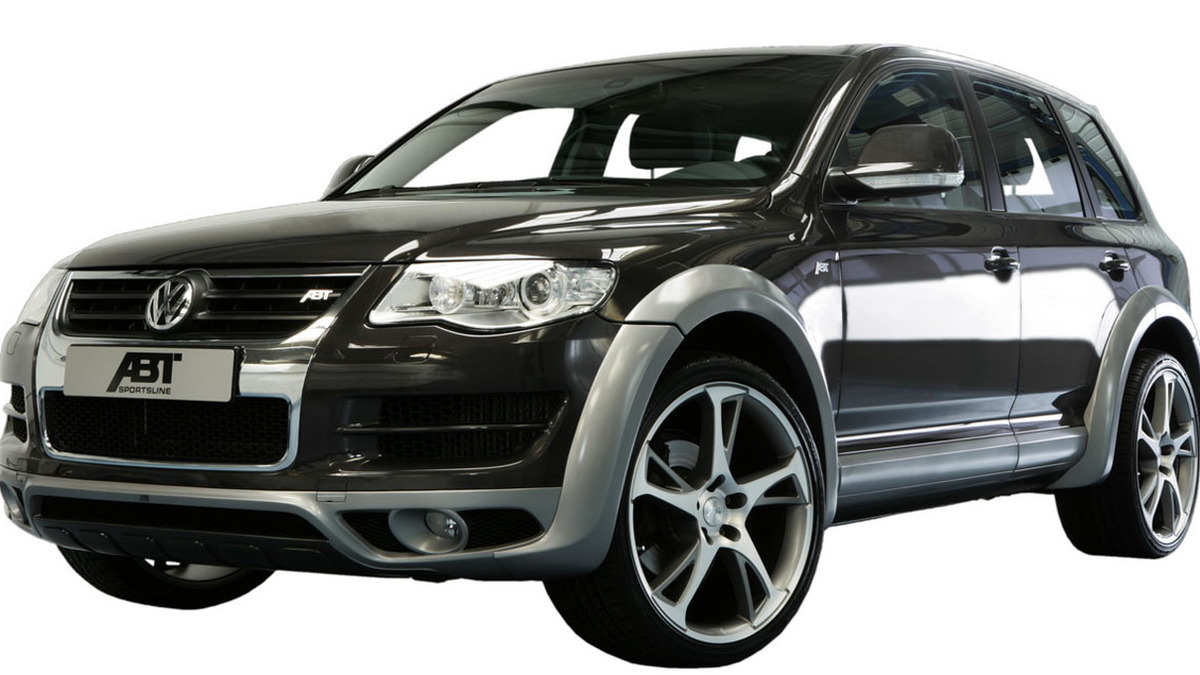 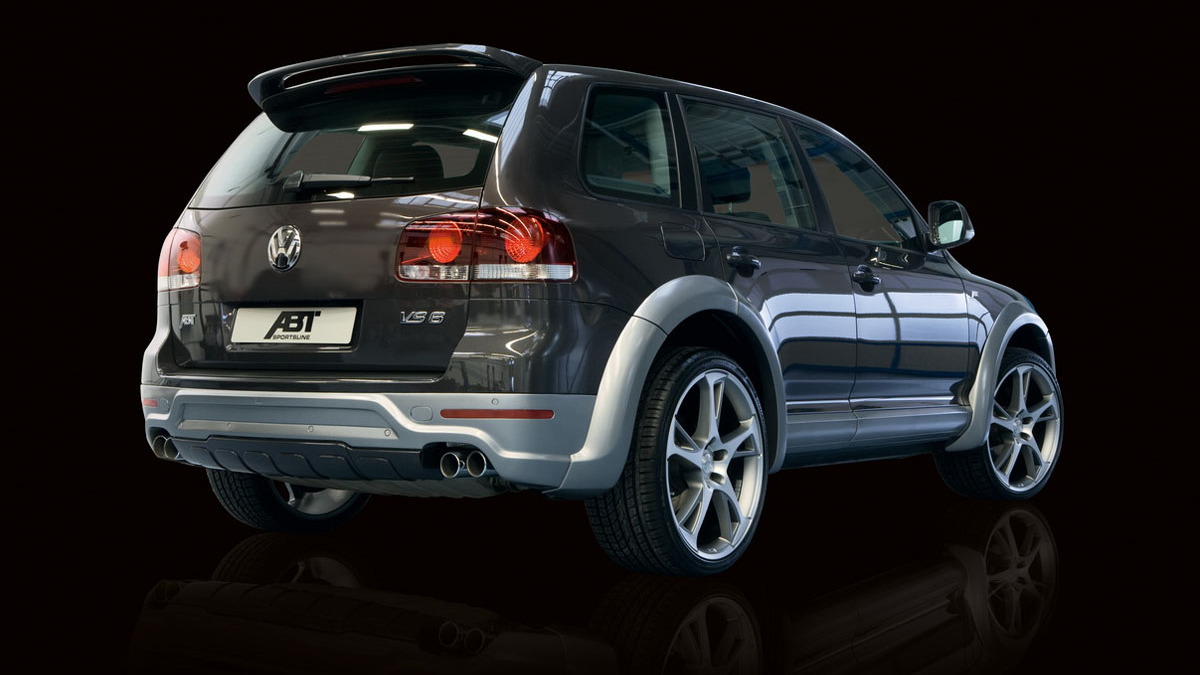 3
photos
Turbodiesel motors are getting lots of press lately, and VW group vehicles are garnering much of that attention. Audi's R8 looks to be getting a V8 TDI motor soon, and the Jetta TDI Cup in the U.S. is helping to bring diesels back into the American public's consciousness, albeit slowly. German performance tuner Abt has already done most of VW's lineup, but now it's turning attention to the latest Touareg 3.0 TDI.

Focusing on power upgrades and appearance modifications, the Abt Touareg 3.0 TDI's 3.0L V6 gets a bump from 225hp to 300hp while torque goes from impressive at 500Nm to nearly ballistic at 600Nm - almost as much as it's jumbo-jet towing big brother, the V10 TDI Touareg. Despite being a lowly V6 with only three liters of displacement, that kind of power is enough to get the big Touareg up to 100km/h (62mph) in just 8.2 seconds. And despite the generally less-than-perfect aerodynamics of SUVs as a class, the Abt Touareg tops out at 133mph.

Other upgrades include a full bodykit with front, rear and roof spoilers, sports suspension and an Abt-designed sports brake system. With 380mm rotors and six-piston calipers, the show can come to a complete stop whenever it's deemed necessary. Wheels are appropriately flashy and large at either 20 or 22 inches in diameter. As with all of Abt's tuning programs, the equipment combines their numerous tweaks and modifications into a package, and the buyer can pick and choose as they please.