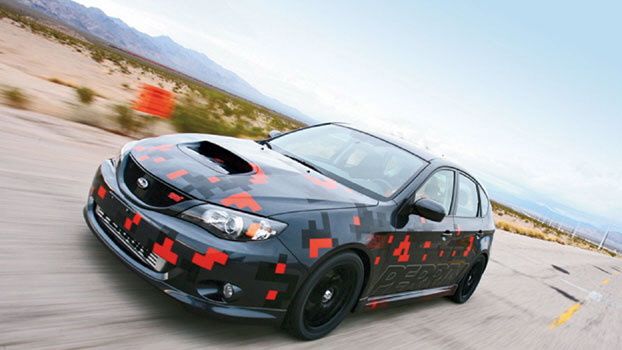 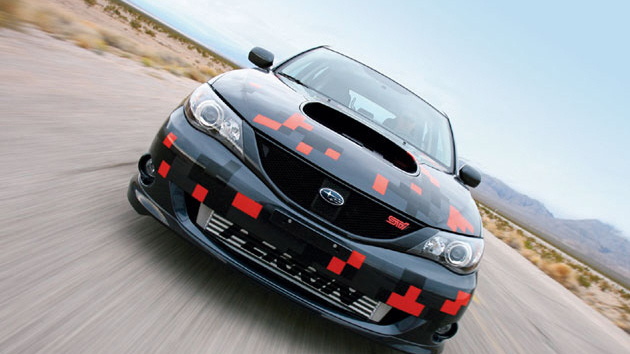 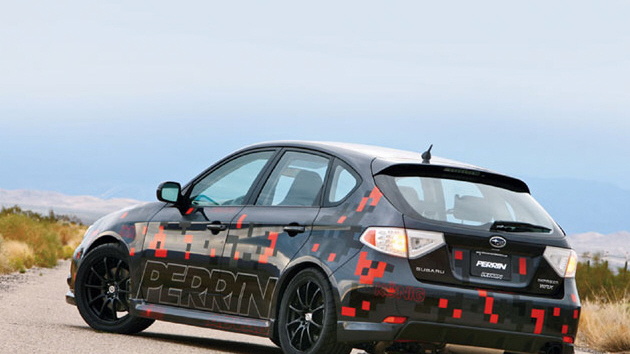 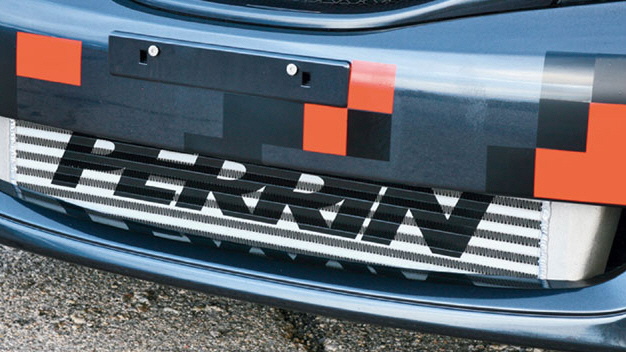 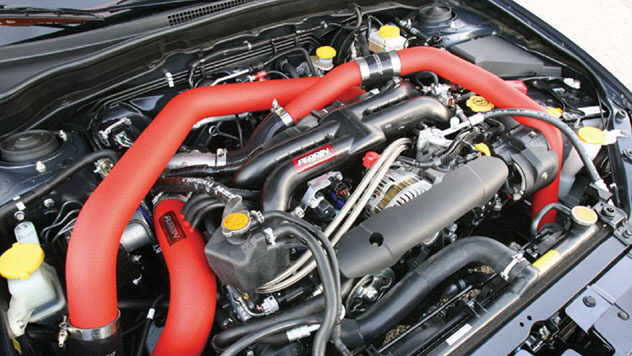 9
photos
With cars like the new GT-R and IS-F getting all the attention, Japan’s other performance thoroughbreds, the Impreza WRX and Evo X, have quickly fallen out of the limelight. However, American tuner Perrin Performance hasn’t forgotten about the potential of one of the world’s most popular modified engines, Subaru's turbo boxer, and has developed an exclusive new kit for the top end WRX STI.

The goal of engineers was to develop an entire range of performance and handling mods, from the engine’s internals to the suspension and even the exterior. The first step was to replace the stock model’s constricted exhaust system with a high-flow stainless steel kit with a new catalytic converter and mufflers.

The stock turbocharger has also been replaced. Engineers went with a larger GT3071R unit capable of handling over 400hp. Complimenting the new turbo is a set of uprated fuel-injectors and a customary ECU retune. The end result is a healthy 385hp and 540Nm of torque.

Don’t ask us why Perrin added the psychedelic bodywork because we’re just as confused as you.