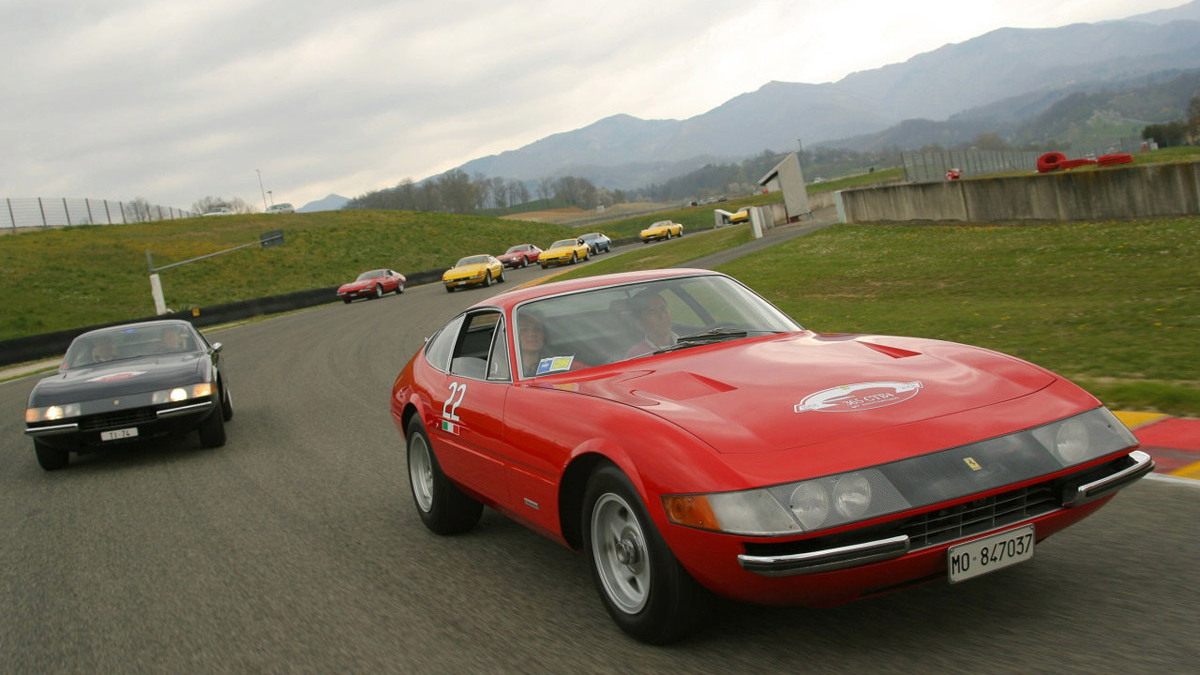 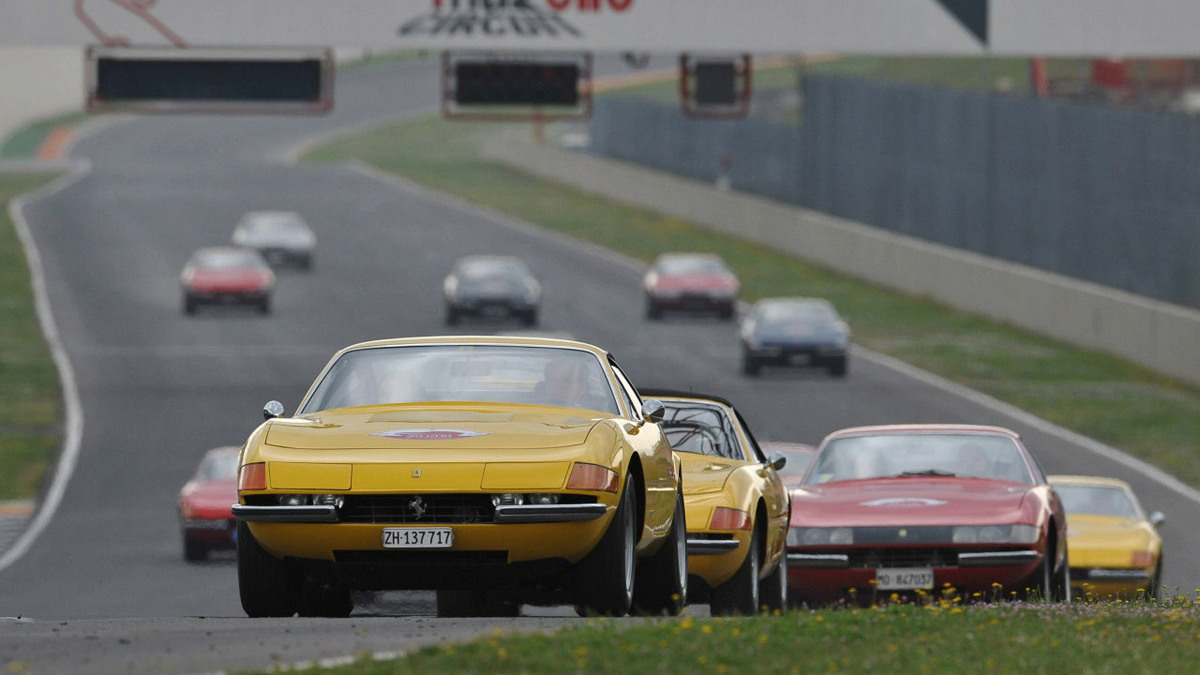 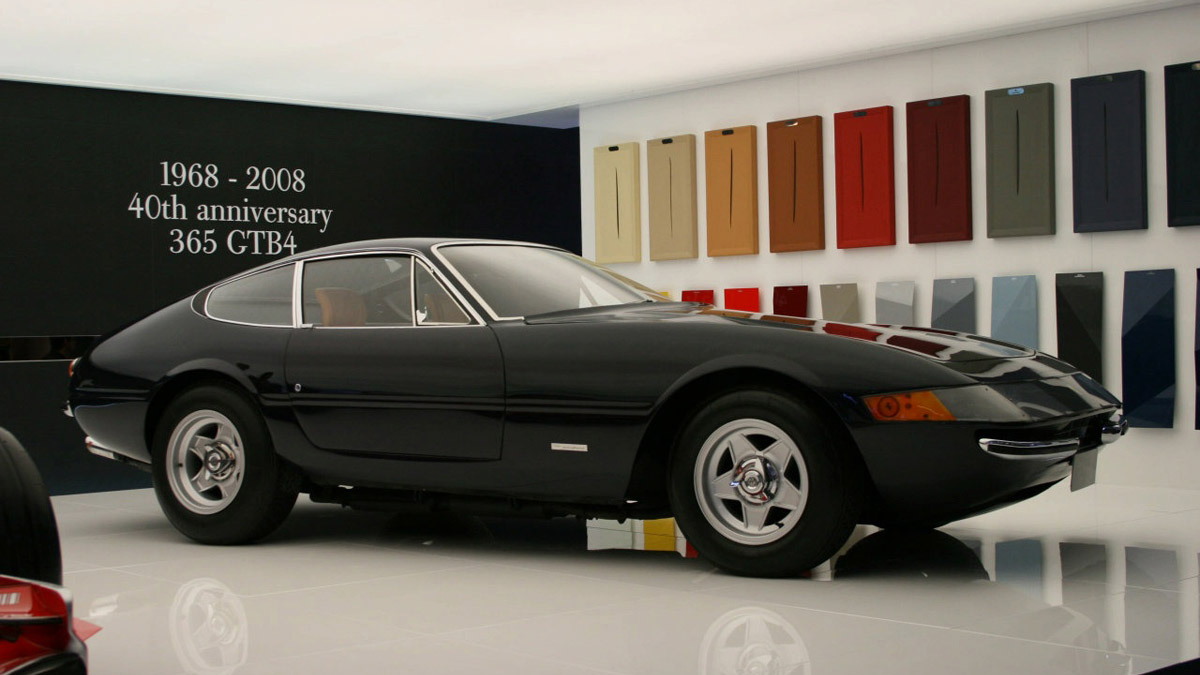 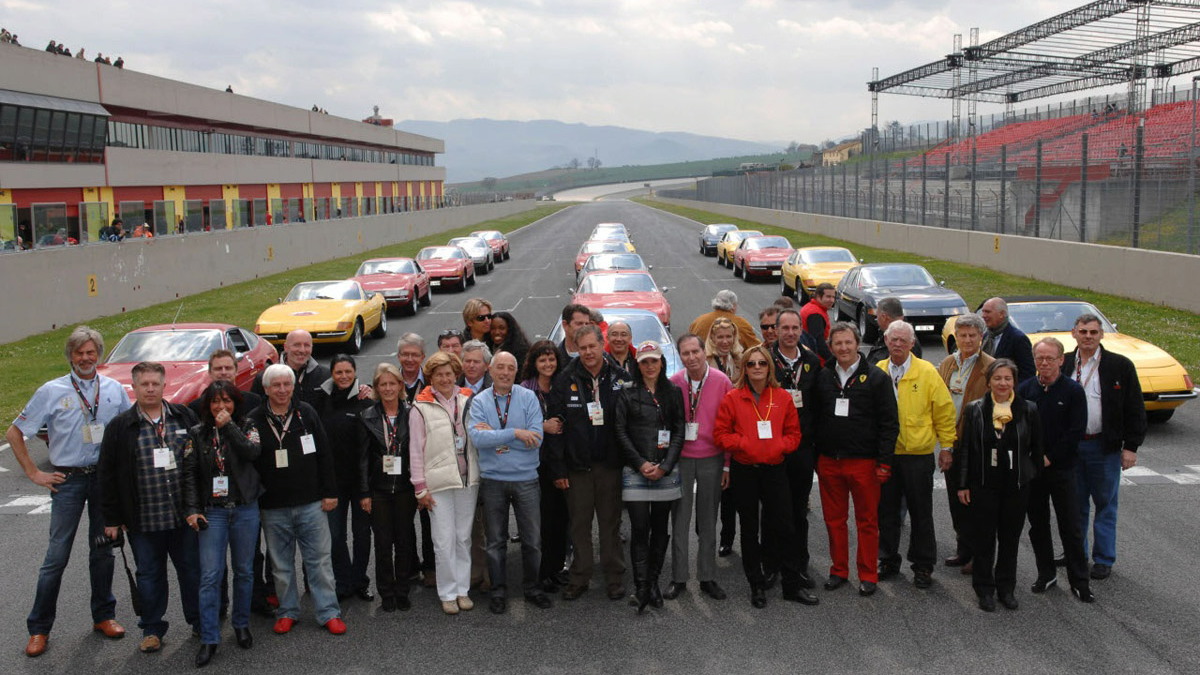 5
photos
While the original 1966 Ferrari 365 was a beautiful car, it was the more-focused 1968 365 GTB/4 that garnered most of the attention. This was mostly because of its hard-edged Pininfarina designed body, which was a sharp departure from traditional Ferrari styling at the time.

The GT was also famous for its triple win in June 1967 at the 24 Hours of Daytona, which earned it the unofficial nickname of the Ferrari Daytona. Now, over four decades later, Ferrari has commemorated the historic win by taking 20 original Daytona supercars to the Mugello Historic Festival where they raced on the Circuito delle tre province (circuit of the three provinces).

The legendary GT was the last of Ferrari’s front-engined tourers until the 1990s when the sports car manufacturer introduced the modern 550. The original 365 GTB/4 featured a 352-horsepower V-12 driving the rear wheels and could hit 60 mph from rest in just 5.4 seconds and go on to almost 180 mph—not bad for a 40-year-old.