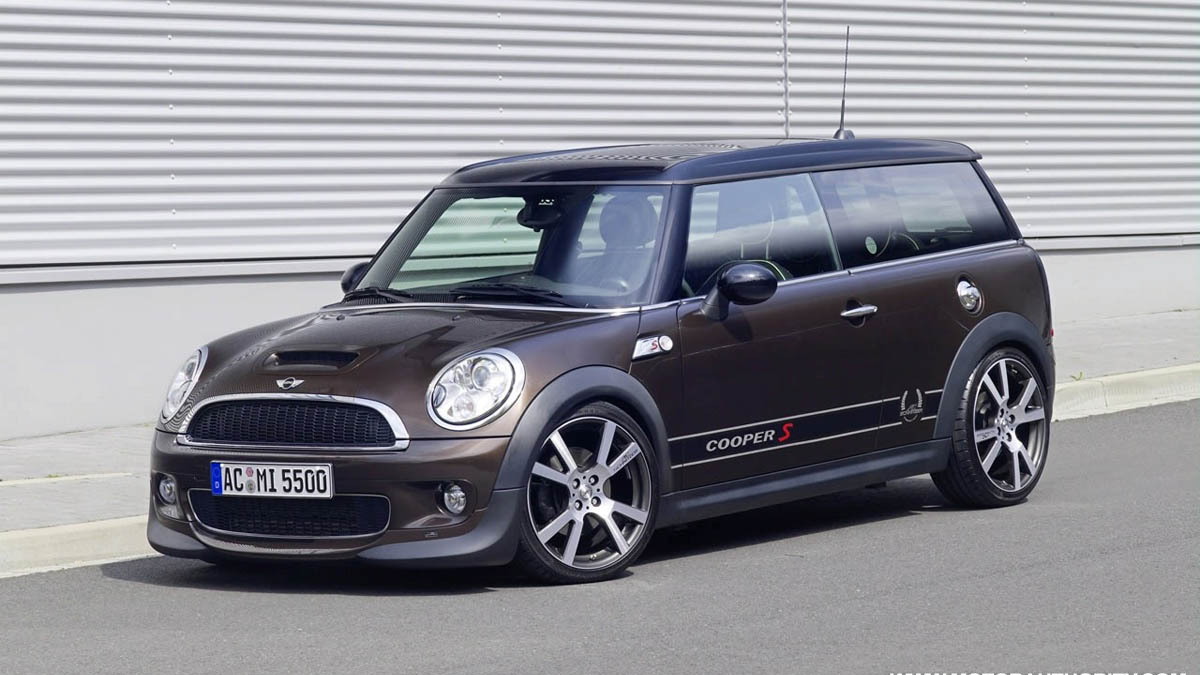 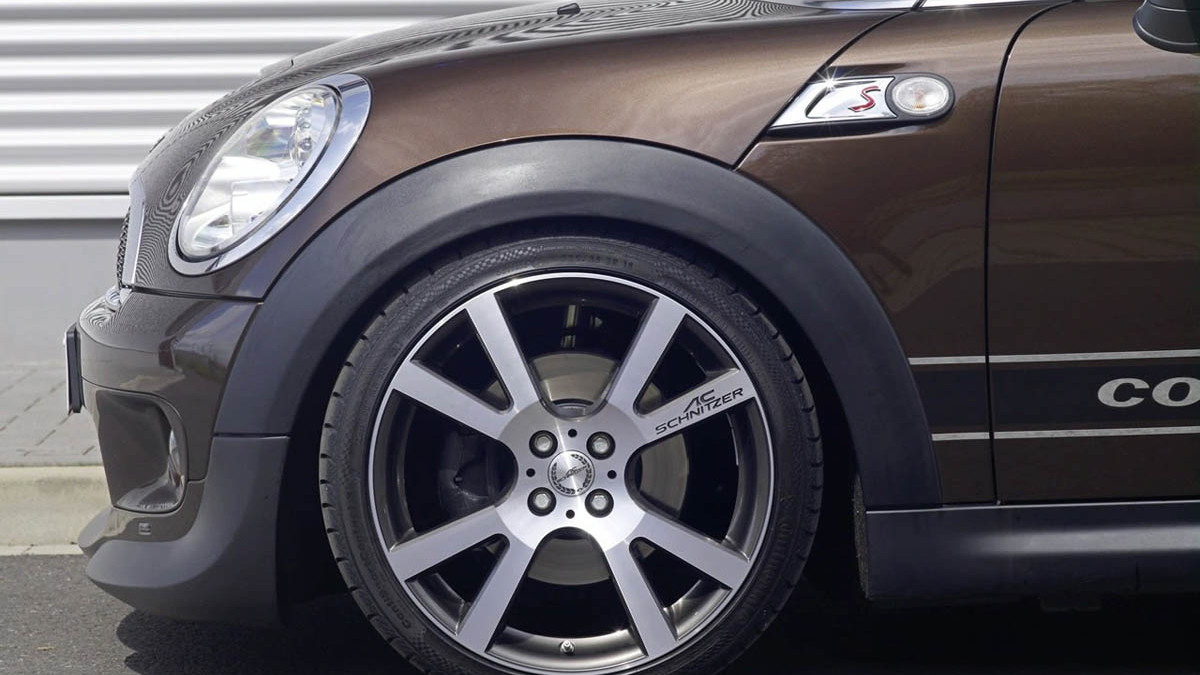 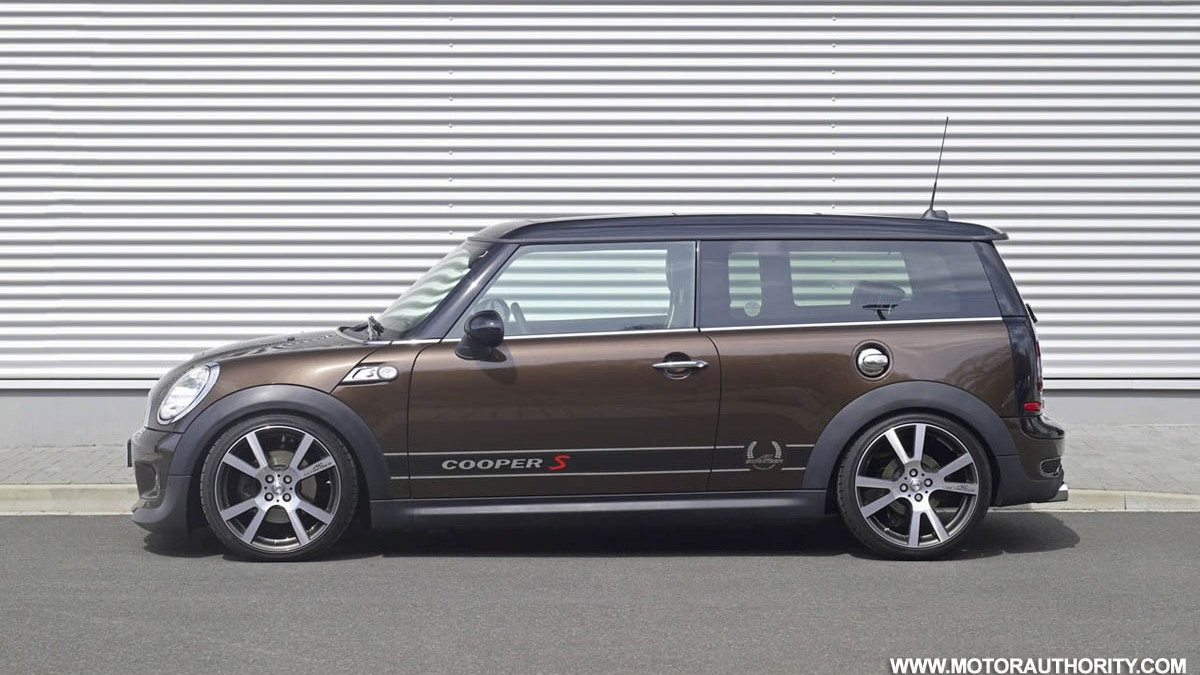 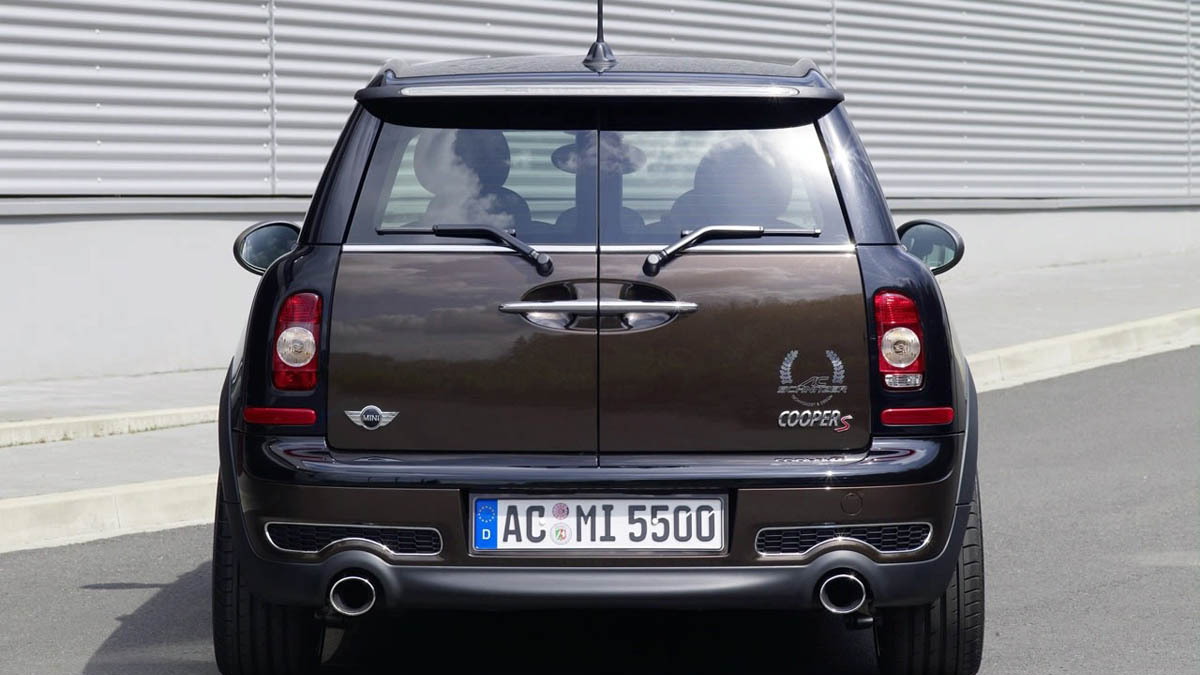 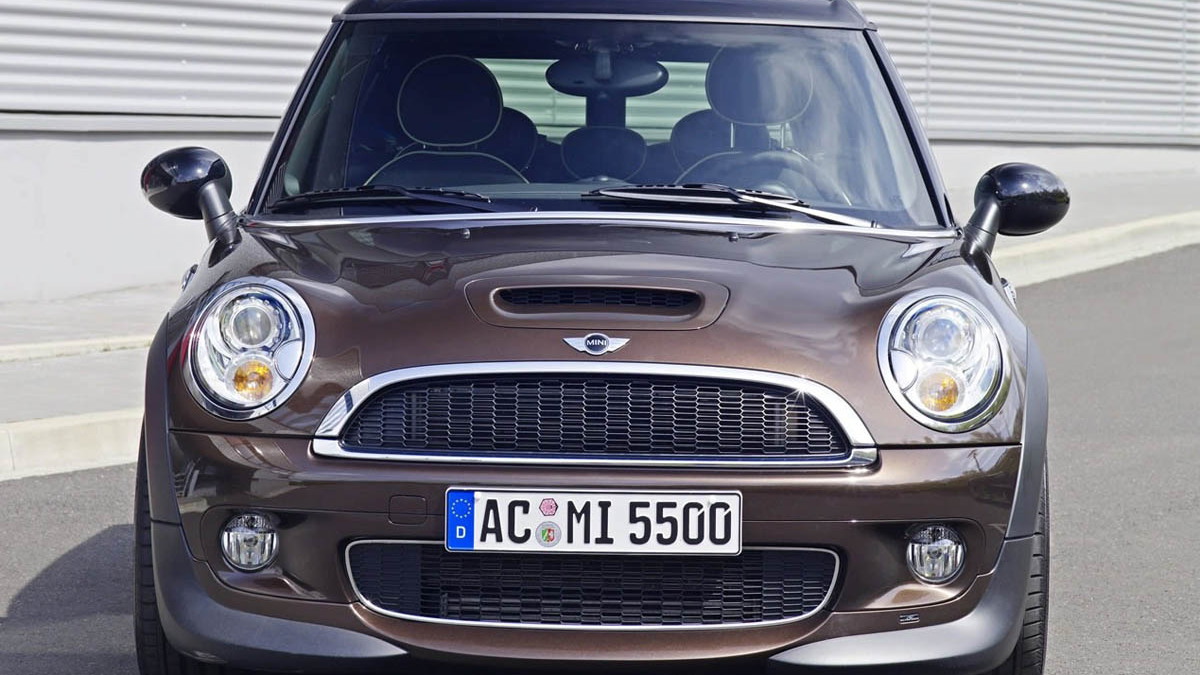 7
photos
We’re used to seeing the German tuners upgrade cars for the likes of BMW, Audi and Porsche, but it’s not often that you come across a Mini Cooper modified by one of Germany’s top customizers. This time it’s AC Schnitzer, whose engineers have created a beefed up version of the new Mini Cooper S Clubman.

The package has been designed specifically for the turbocharged Cooper S and includes a new front spoiler to add a little aggression. This is matched with several performance mods including a custom spring kit and height-adjustable racing suspension set-up honed on the Nürburgring.

A new powerdome on the bonnet hints at the upgraded powerplant, which now develops a peak 226hp (166kW) and 285Nm of torque. An optional limited slip differential (up to maximum 75%) developed by AC Schnitzer helps put the power to the ground and is matched with a high-flow exhaust system.

Styling accessories include 17in alloy wheels and an interior with aluminum trim used on the handbrake and gear shift knob as well as the pedals.