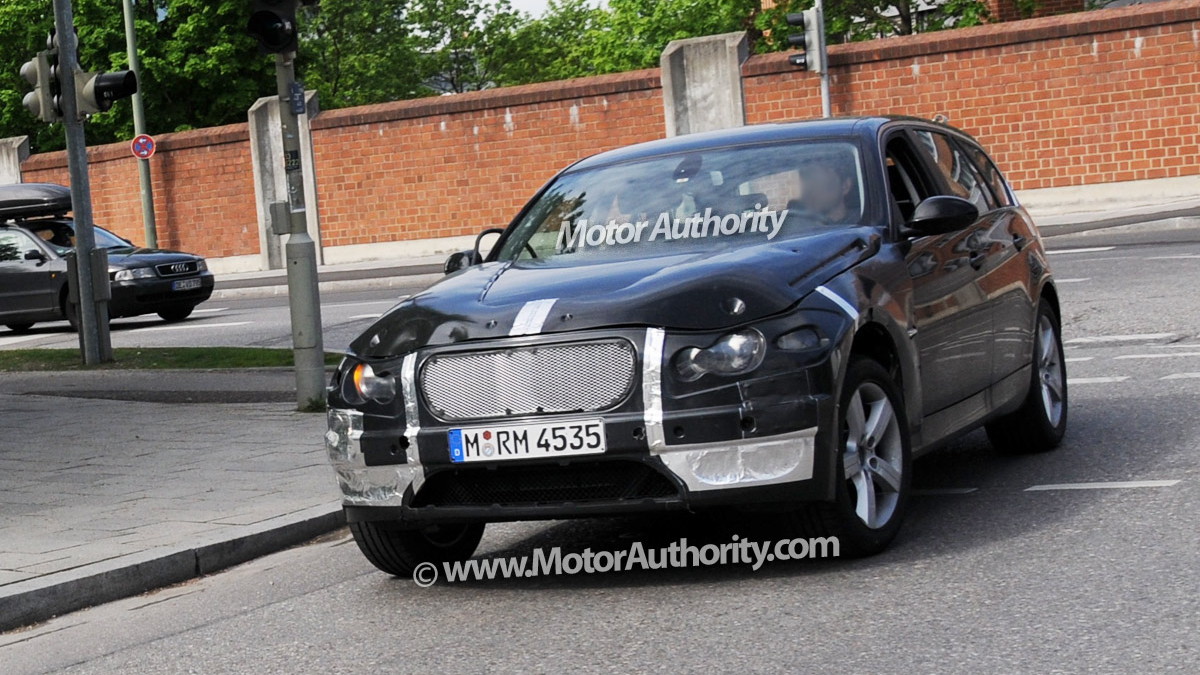 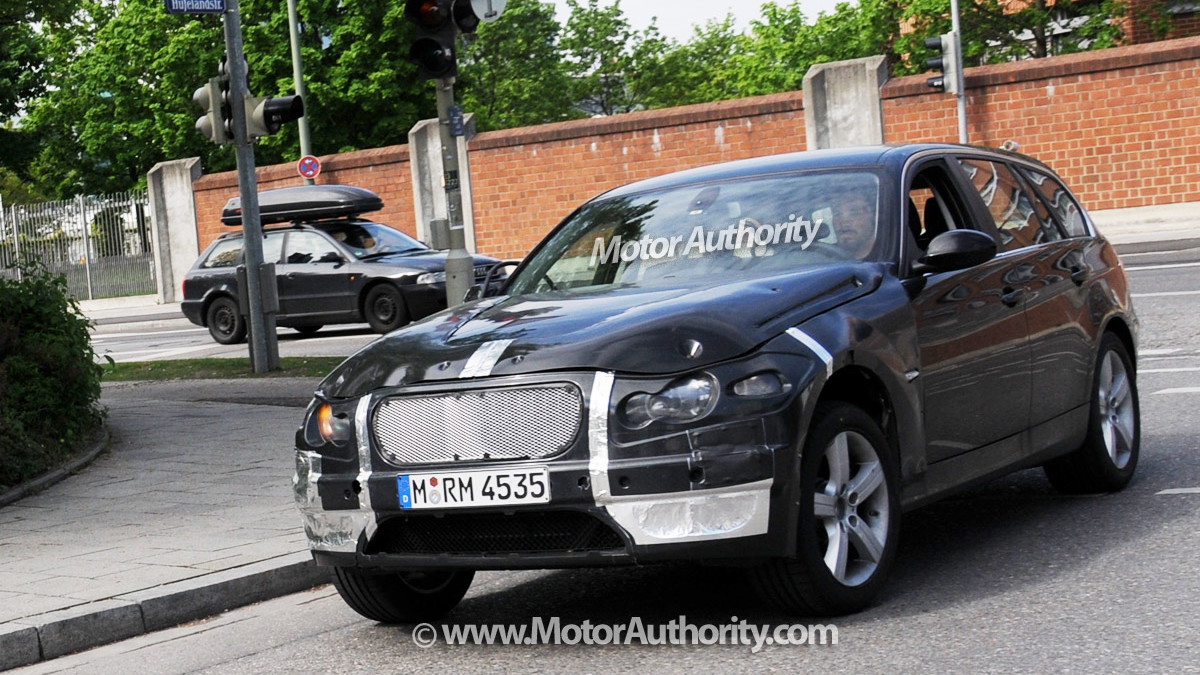 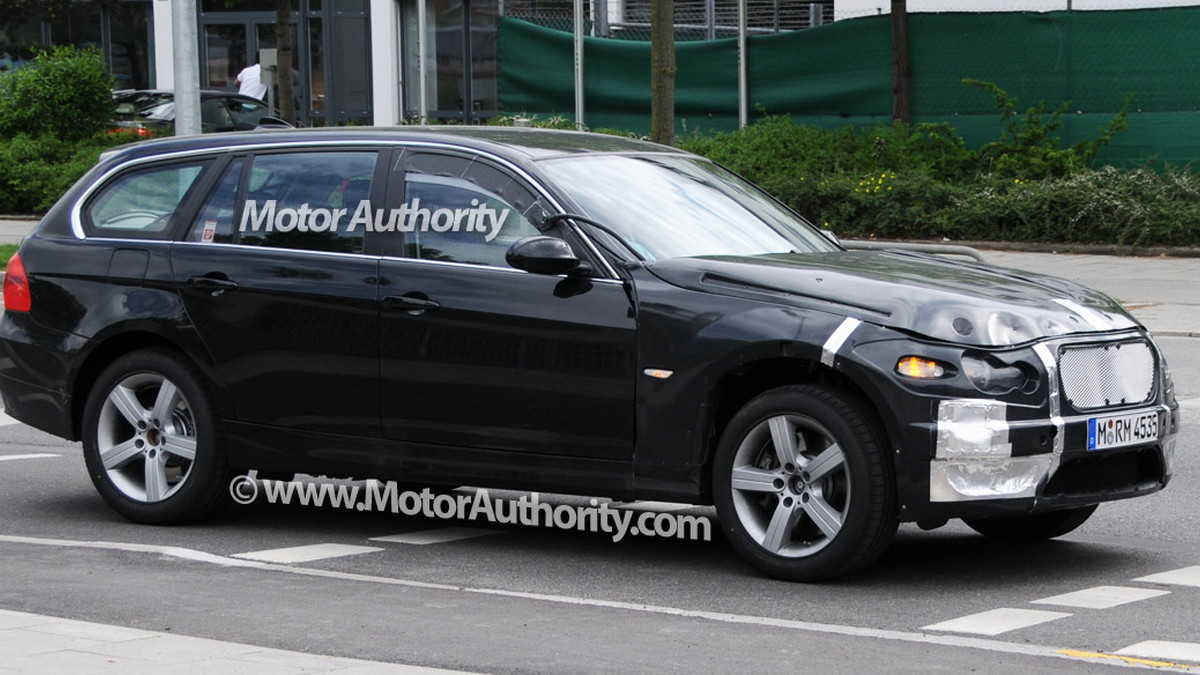 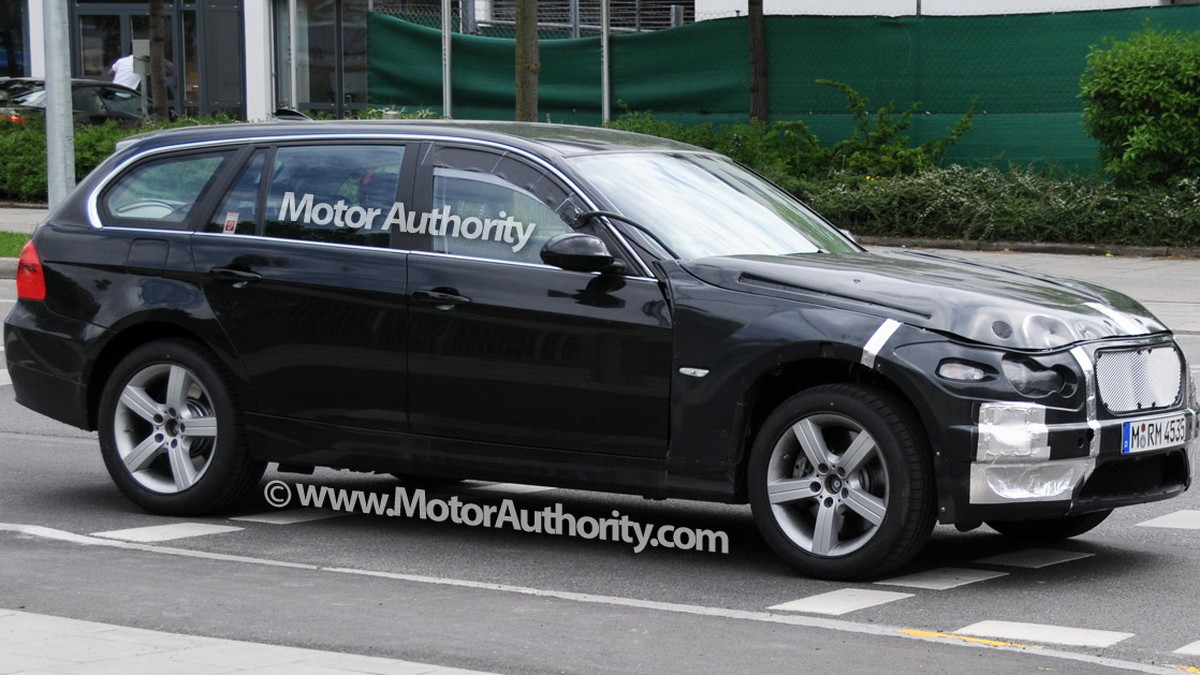 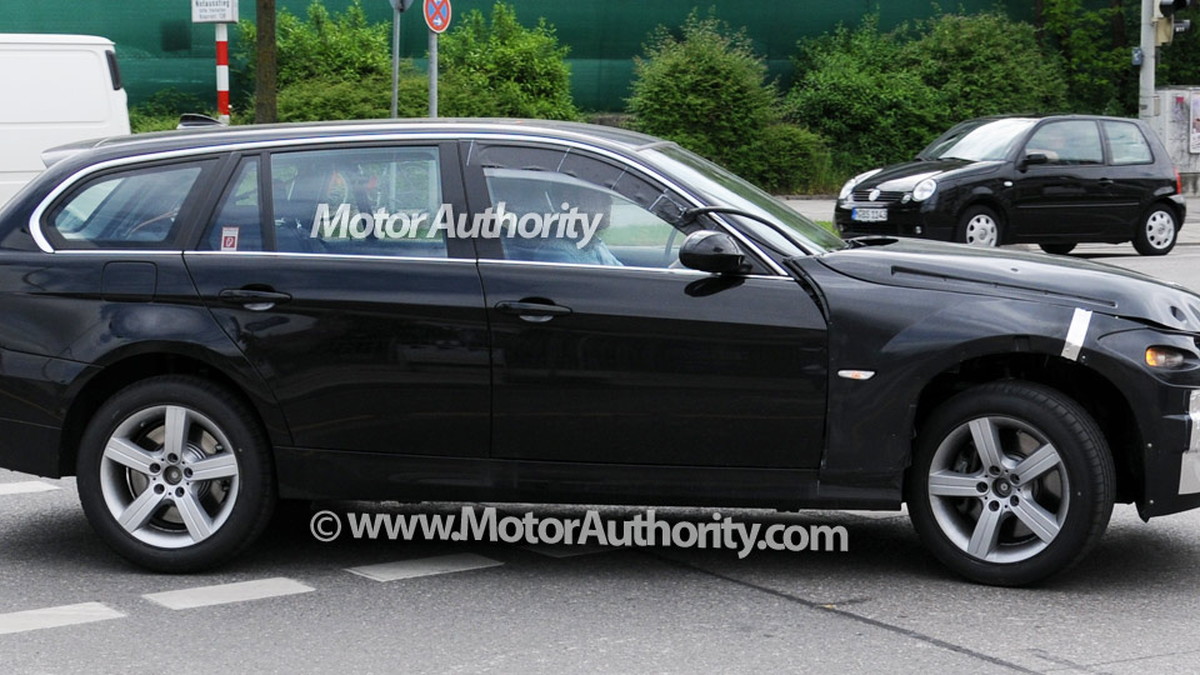 8
photos
BMW is currently developing two new models based on its 3 and 5-series that are designed to take the carmaker into the burgeoning crossover market. The new vehicles will be loosely based on the current Touring wagons but will adopt a taller ride-height and high roof design to maximize interior space.

The prototype seen here is still wearing an E91 3-series wagon body but with a new front-end attached. This is likely because engineers are conducting engine and air-flow tests. Mechanicals will be borrowed from the regular 3-series and X3 SUV, and both RWD and xDrive AWD configurations will be offered. Power will come from a range of four and six cylinder engines.

Though the car’s name is yet to be revealed, earlier reports suggested the new model will be called the V3 and will be the first addition of a new V-series of vehicles.

The idea for the new V-series first came under consideration back in 2004 but was put on hold due to a lack of resources and the ongoing development of several other key models. BMW’s new chairman, Norbert Reithofer, was reluctant to enter another segment but surging demand for crossovers both in Europe and the U.S. appears to have changed that. As these spy shots reveal BMW is still in the early stages of testing, which means the new model won’t arrive in showrooms for several years at least.