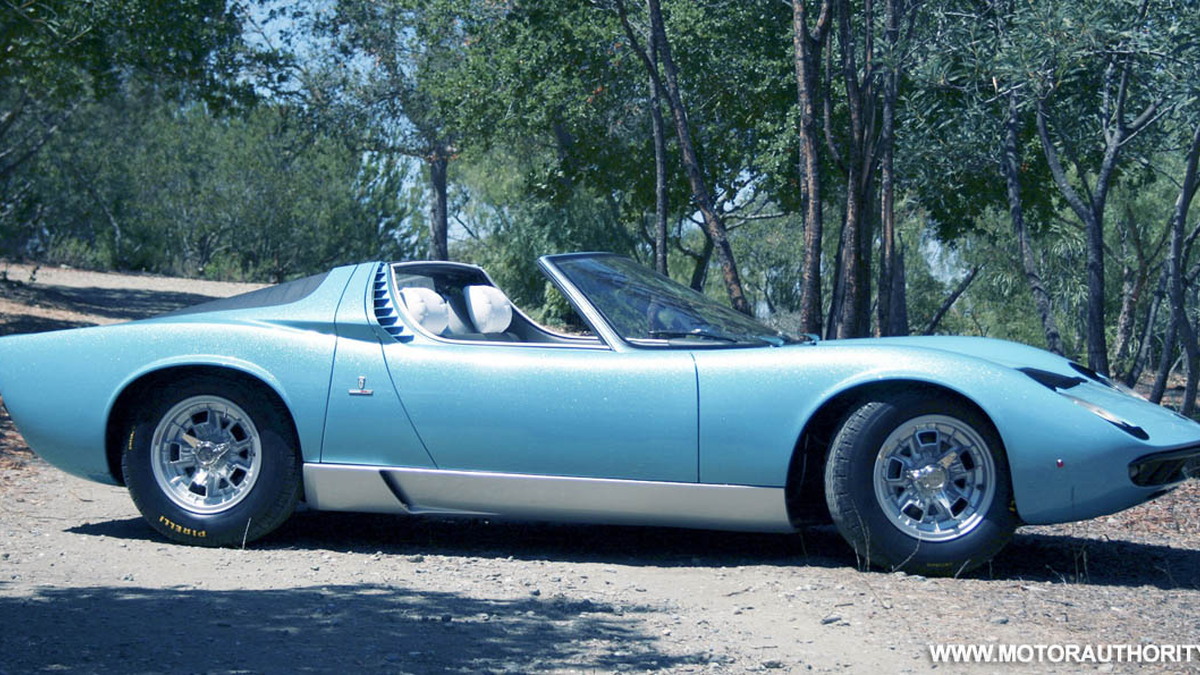 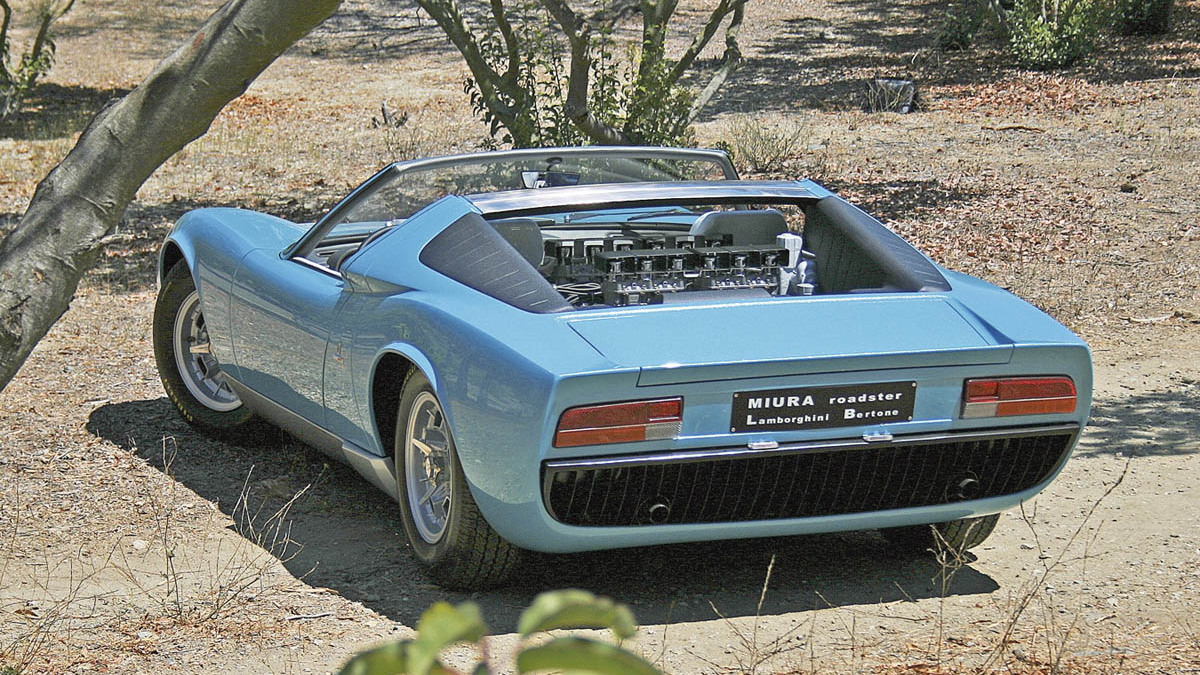 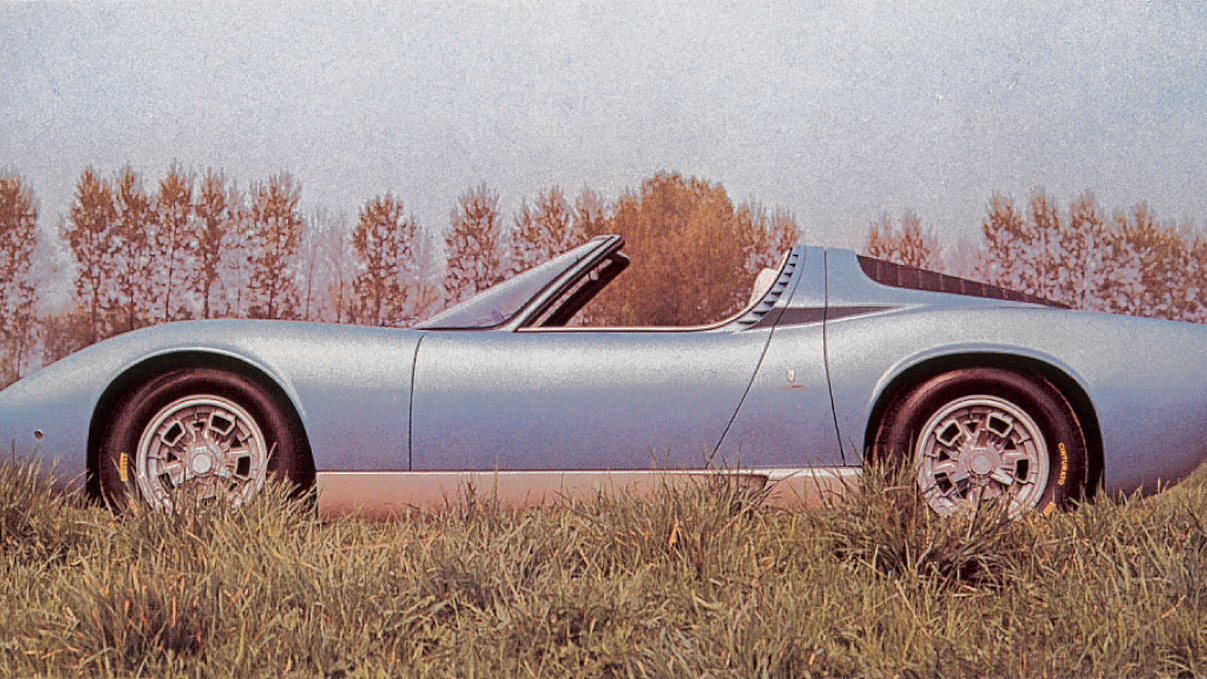 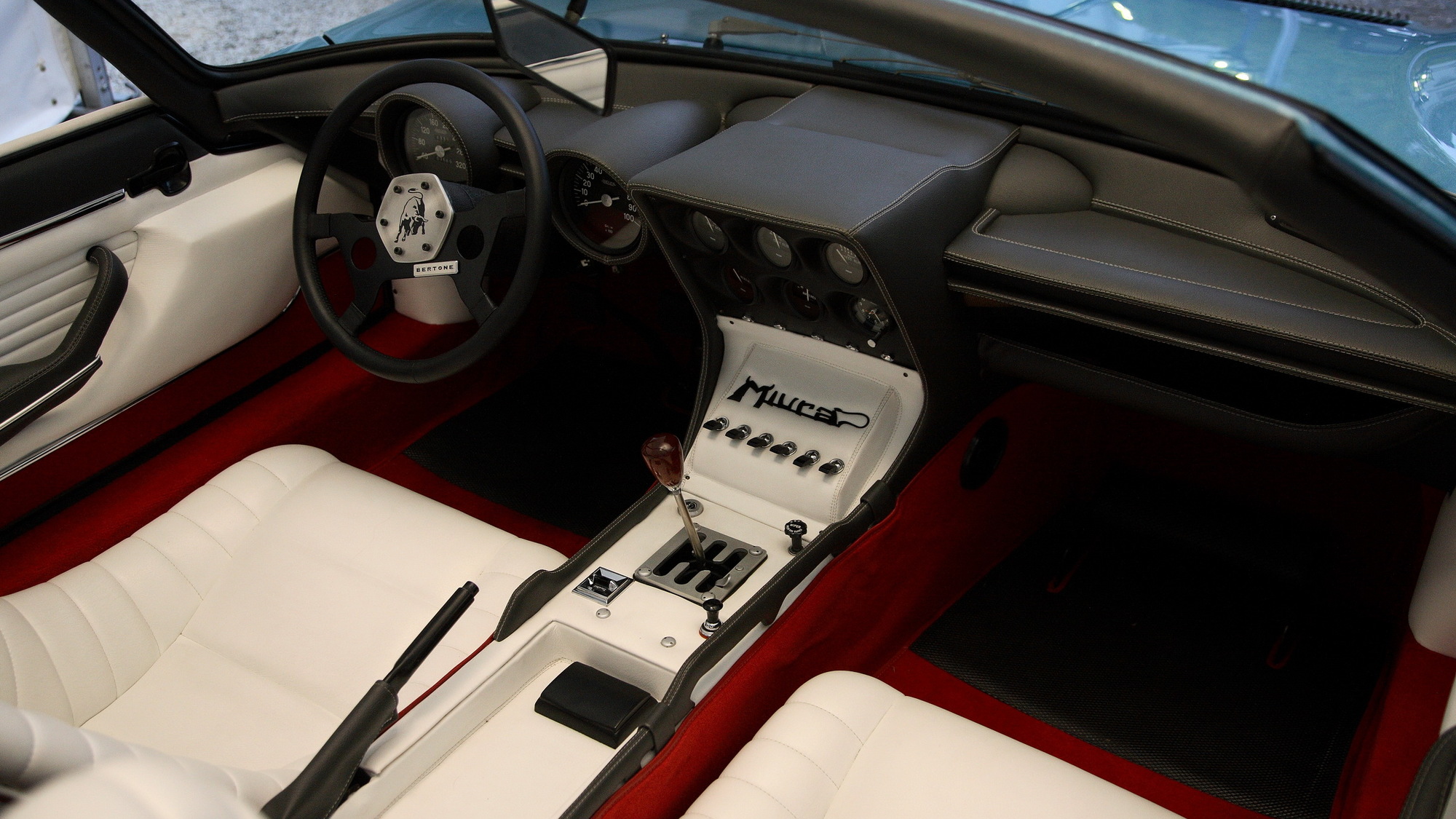 5
photos
The Lamborghini Miura Roadster concept has spent the past 40 years doing the rounds of motor shows and sitting idle in the hands of private collectors, a footnote in the annals of one of the most influential cars in history - the mid-engined Miura coupe. Now details of the stunning one-off Miura Roadster have surfaced with the publication of a new book on the history of the car and its coupe sibling.

Created purely as a design exercise aimed at keeping demand for the existing Miura coupe high, Italian design house Bertone decided to create a special one-off Roadster version back in 1967. The ‘Lamborghini Bertone Miura Roadster,’ as it was officially christened, was born.

This particular Miura carried chassis number 3498 (which, in accordance with its one-off prototype status, is not even listed in the factory’s original production chassis number register), and P400 engine number 1642 was fitted (the P400 was a 3.9-liter V-12 with 345 horsepower on tap). The car was also finished in a light metallic blue with an off-white leather interior with red carpeting. The dashboard and steering remained black.

It was first revealed at the 1968 Salon de L’Automobile Bruxelles, where its unveiling even surprised Ferruccio Lamborghini. However, chief stylist Nuccio Bertone apparently told Lamborghini to put any ideas of production right out of his mind.

“We couldn’t make this car for production because there were untold problems with stress-tolerance issues involving the chassis and the windscreen. Its purpose was simply that of a show car,” Bertone confided to a General Motors Company [NYSE:GM] stylist years later.

The car then made a number of international motor show reveals, with the final showing occurring in 1978 at the Detroit Motor Show. In 1981 it was sold to the Boston Museum of Transportation for an estimated $200,000. In the mid-1980s, it was refurbished and its interior upholstery replaced.

Over the years it then changed hands with a number of private collectors until December 2006, when its current owner, a New York property developer, purchased it and restored it once again. The conversion, by the Bobileff Motorcar Company, was completed in late August 2008.

The information for this story was provided by The Lamborghini Miura Bible, written by Joe Sackey and on sale from November.