The 2024 Mazda CX-90 due for a reveal in January will offer a plug-in hybrid powertrain, Mazda said on Tuesday.

The CX-90 is a three-row SUV based on Mazda's newly developed rear-wheel-drive platform with longitudinal engine mounting. The platform debuted in March with the Mazda CX-60 compact crossover sold overseas. Both vehicles are part of Mazda's premium Large Product Group, which is also set to spawn a second U.S.-bound crossover dubbed the CX-70.

A teaser photo for the CX-90 released in November showed a badge with an “Inline6” script, indicating the vehicle will be offered with Mazda's new turbocharged inline-6, which features mild-hybrid technology and comes in gasoline and diesel flavors. 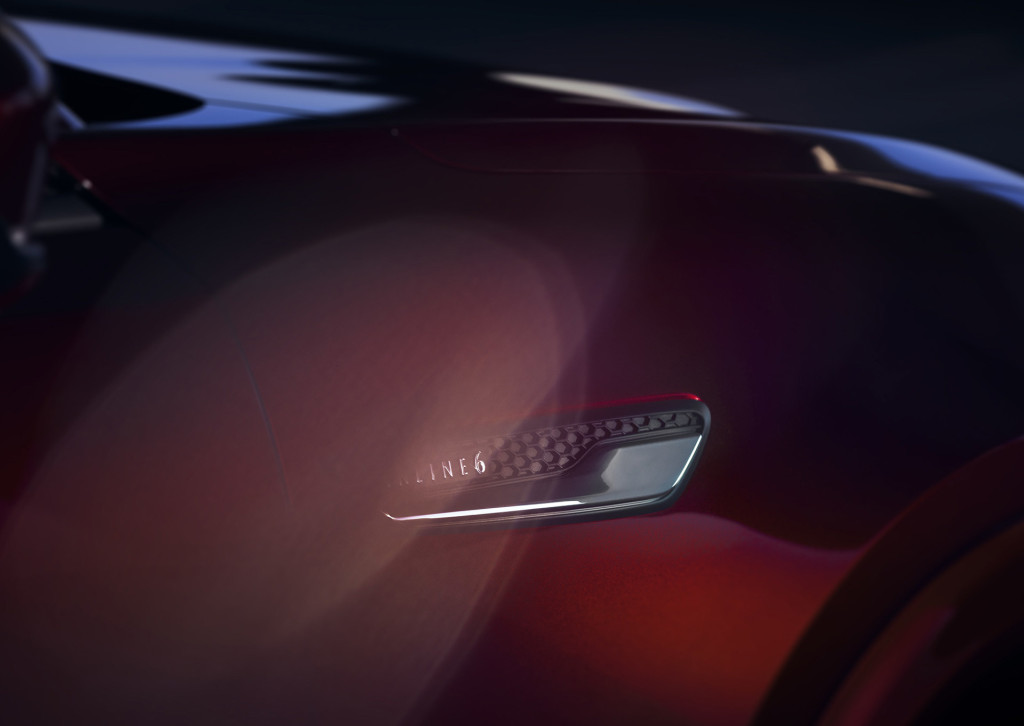 The plug-in hybrid setup destined for the CX-90 is likely a 2.5-liter 4-cylinder and electric motor combination, though. The same setup is offered in the CX-60, where it delivers a combined 323 hp. Mazda said the CX-90's plug-in hybrid powertrain, branded e-Skyactiv, has been tuned specifically for North America.

Mazda's turbocharged inline-6 displaces 3.3 liters, in both gas and diesel forms. Mazda hasn't said how much horsepower these engines will make. It's likely the U.S. will only get the gas engine.

The CX-90 will become Mazda's flagship model. It will be bigger than any previous Mazda, including the CX-9, which measures 199.4 inches in length. It isn't clear whether the CX-90 will replace the CX-9 or serve as a premium alternative. Both SUVs may remain in the lineup, just as Mazda sells the newer CX-50 alongside the older CX-5.