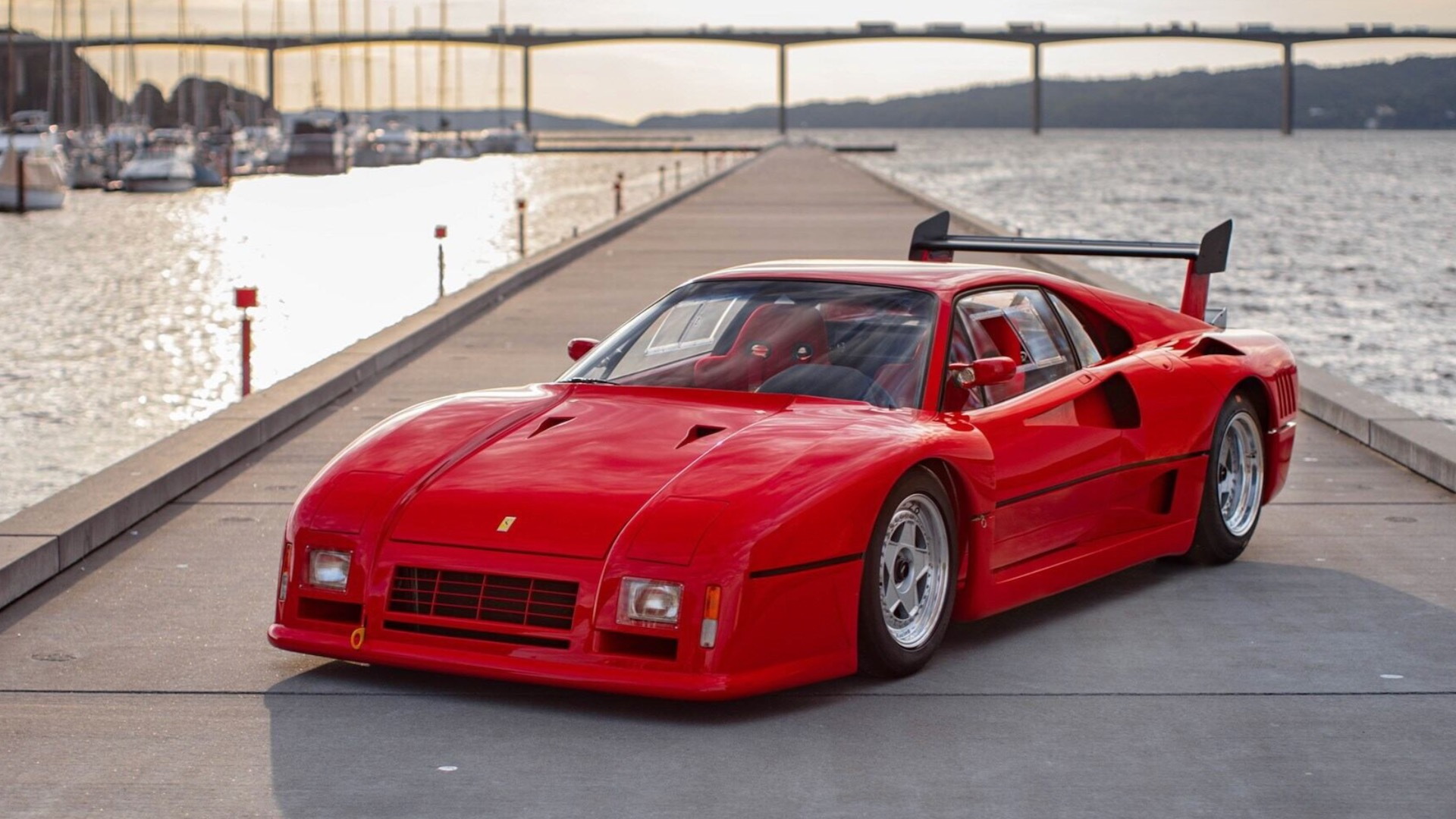 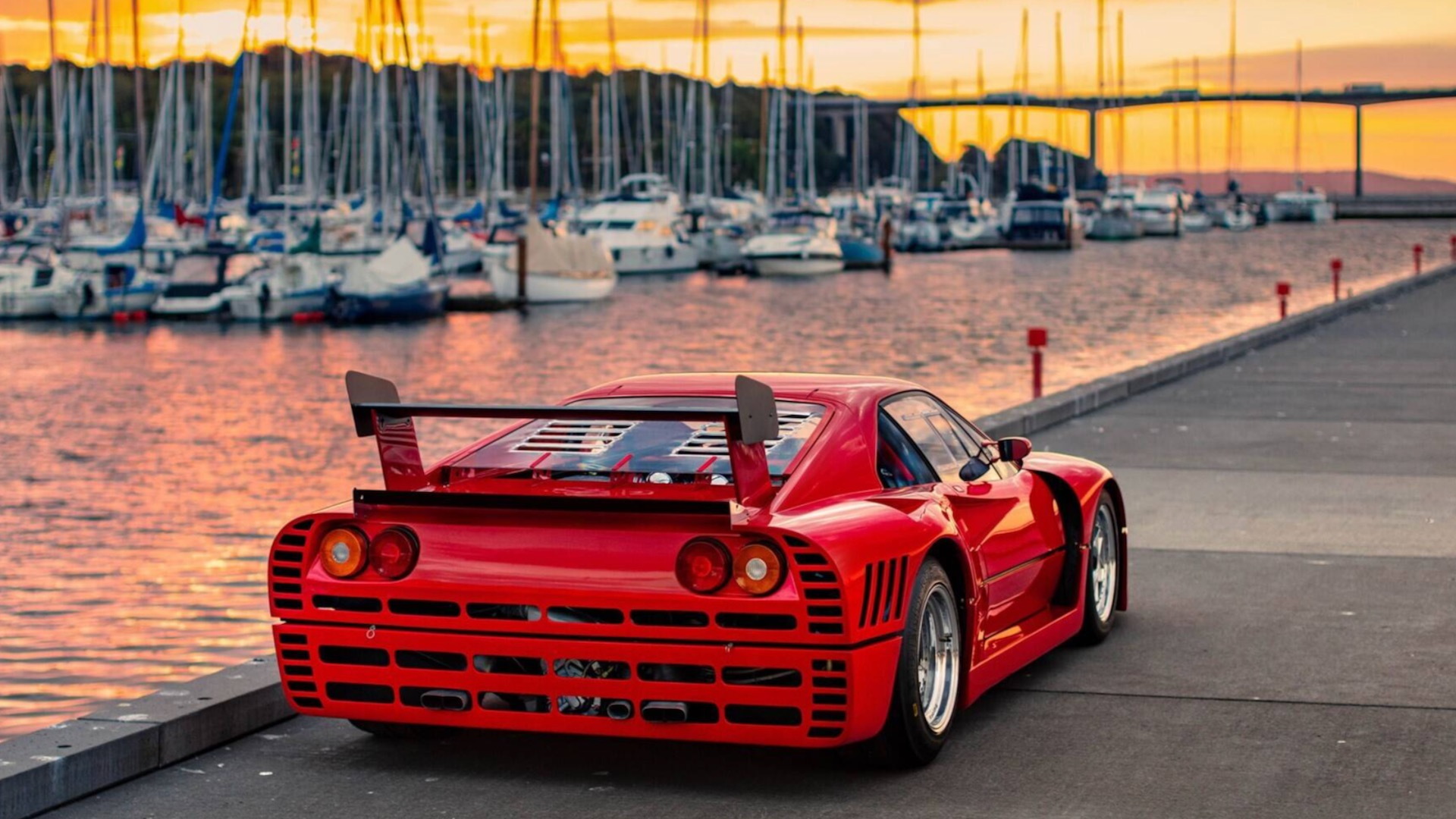 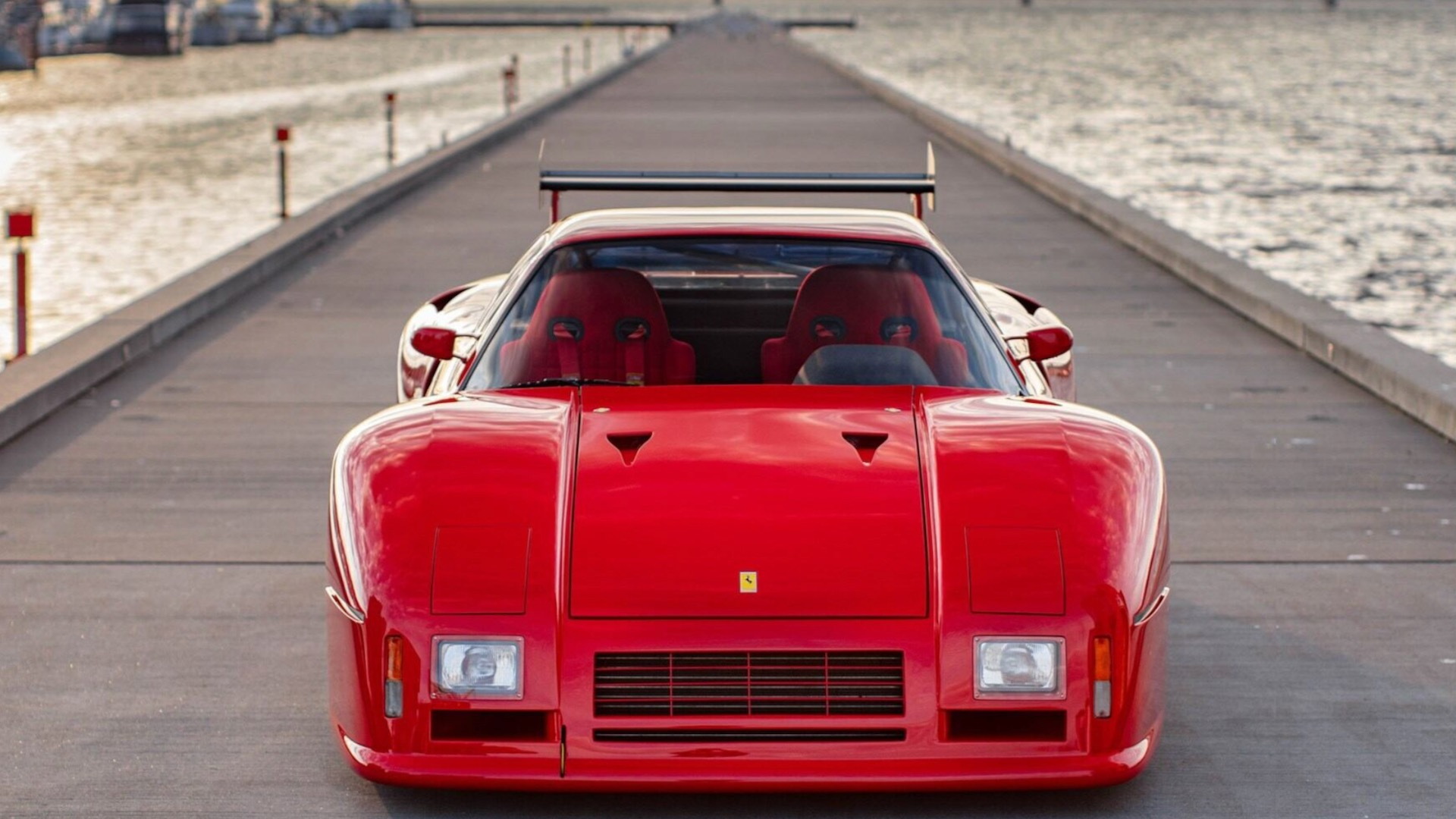 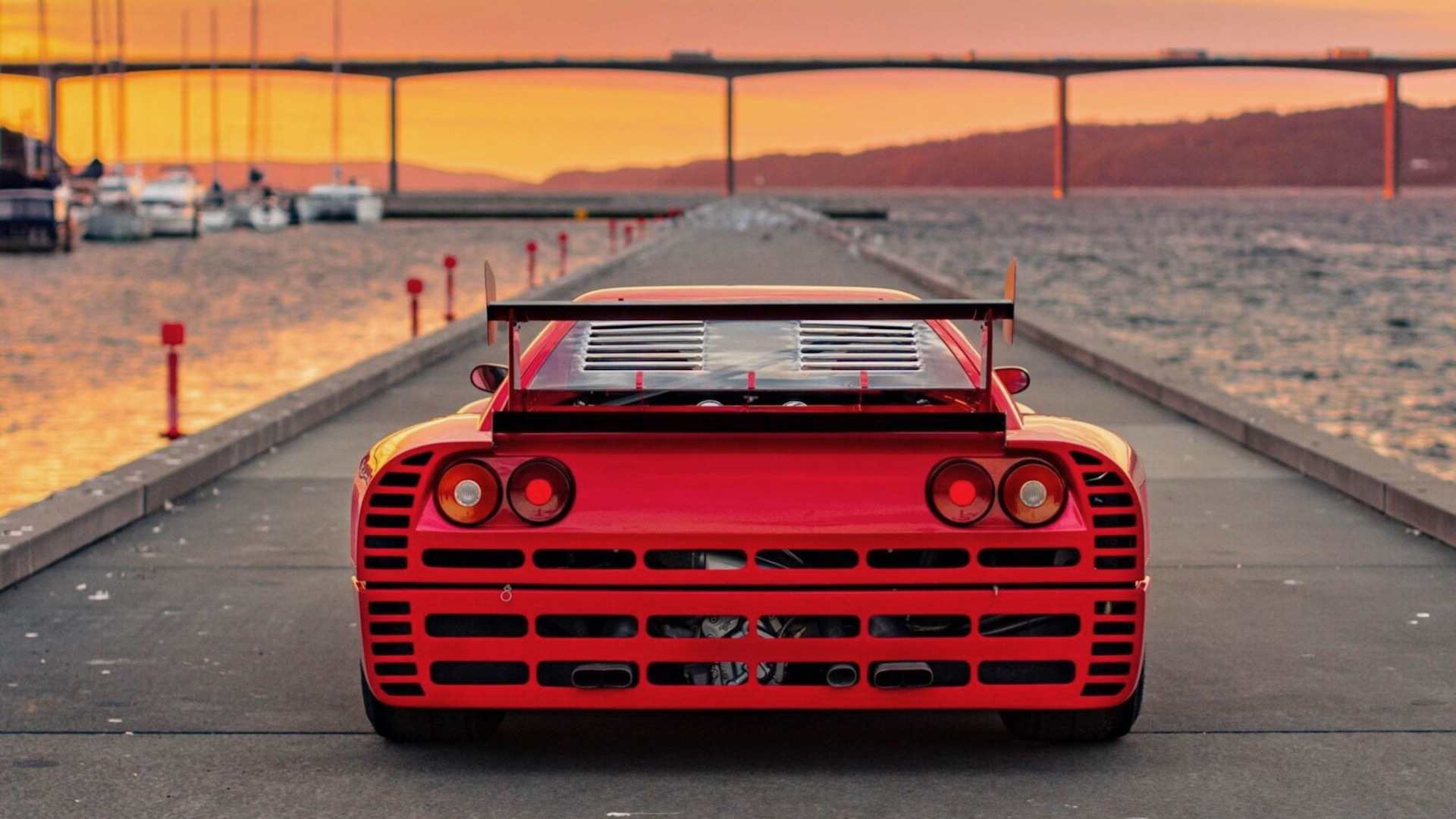 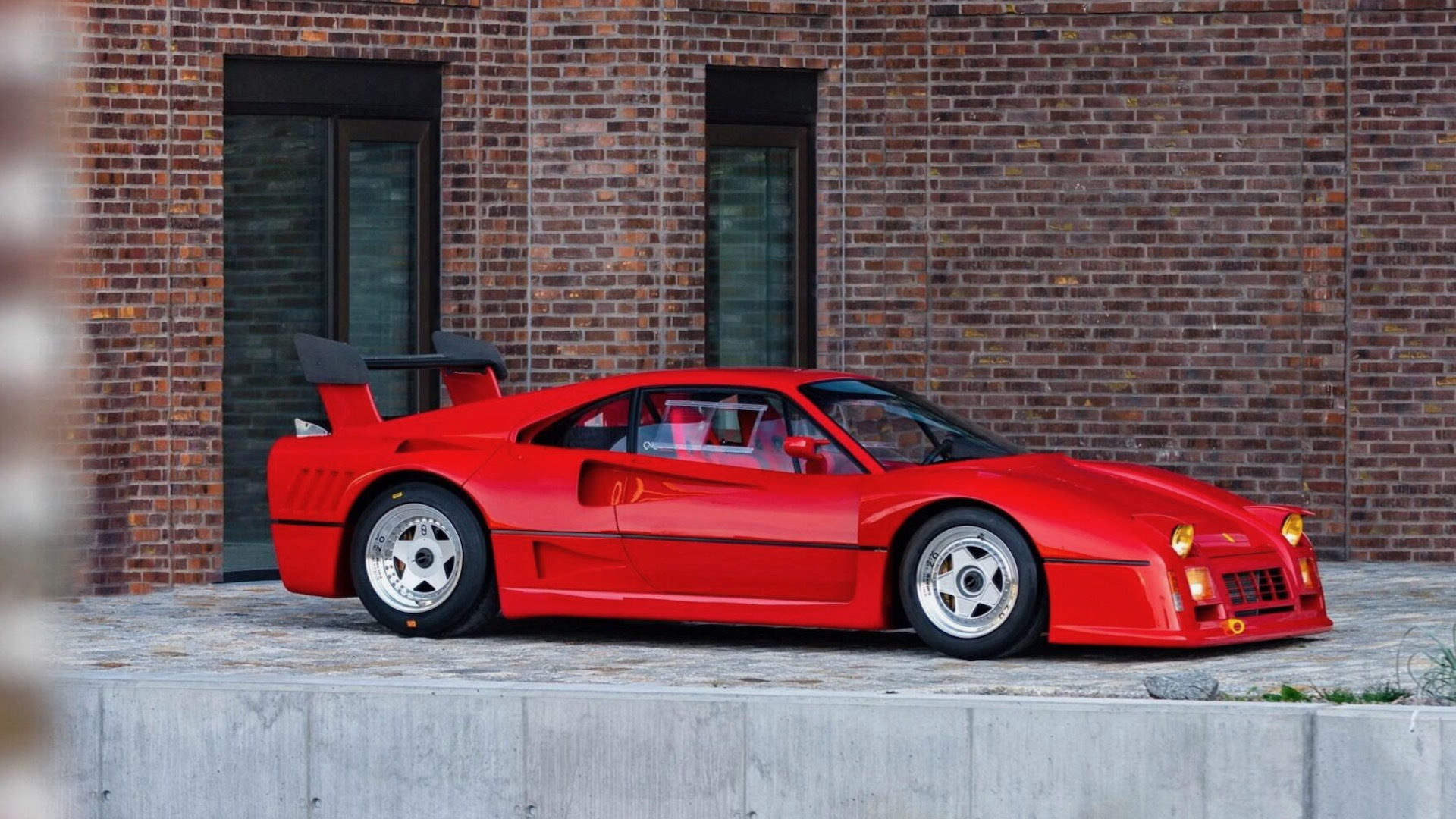 The Ferrari 288 GTO was a 1980s icon, but the Evoluzione version took it to an even more extreme level. Now one of these rare supercars is up for sale through RM Sotheby's.

The 288 GTO was the second car to wear the Gran Turismo Omologato badge after the 250 GTO built from 1962 to 1964. Like its predecessor, the 288 GTO was intended as a racing homologation special, in this case for FIA Group B rally and road racing. Group B was canceled before the Ferrari factory could race the 288 GTO, but it still went ahead with production.

FIA rules said manufacturers had to build 200 road cars to homologate a design for Group B. Ferrari started 288 GTO production in 1985 and ended up building 272 examples of the standard version. But the rules also allowed for a minimum of 20 Evolution models per year, with a greater scope for design changes.

The 288 GTO Evoluzione took advantage of this rule provision, although the cancellation of Group B meant Ferrari built just five cars. Unlike the standard 288 GTO, these were pure race cars.

Modified bodywork was made from fiberglass and Kevlar, with a carbon-fiber rear wing, keeping weight down to just 2,072 lb. the Tipo F114B 2.8-liter twin-turbo V-8 from the standard GTO also received bigger turbos, increasing output from 400 hp to 650 hp and enabling a claimed top speed of 229 mph.

The car up for sale—chassis number 79888—was sold new to Belgian industrialist Jean Blaton, who raced under the pseudonym "Beurlys" from the 1950s through the 1970s, often in Ferraris. The GTO Evoluzione has changed hands a number of times since then, with billionaire and current Aston Martin owner Lawrence Stroll among its previous owners.

Recently freshened with a mechanical servicing and a repaint, the car retains its original engine and transmission, and is Ferrari Classiche Certified.

While RM Sotheby's did not list a price, this 288 GTO Evoluzione will likely sell for serious money given its rarity and mind-bending performance. A standard 288 GTO sold for $4.4 million at the company's 2022 Monterey Car Week sale, and the Evoluzione is rarer not only than that car, but also the original 250 GTO, of which 39 examples were built.

The desirability of the 250 GTO means the Evoluzione might not reach the lofty financial heights of that iconic Ferrari, however. In recent years, two of those cars sold for about $49.4 million at an auction and $70 million in a private sale.