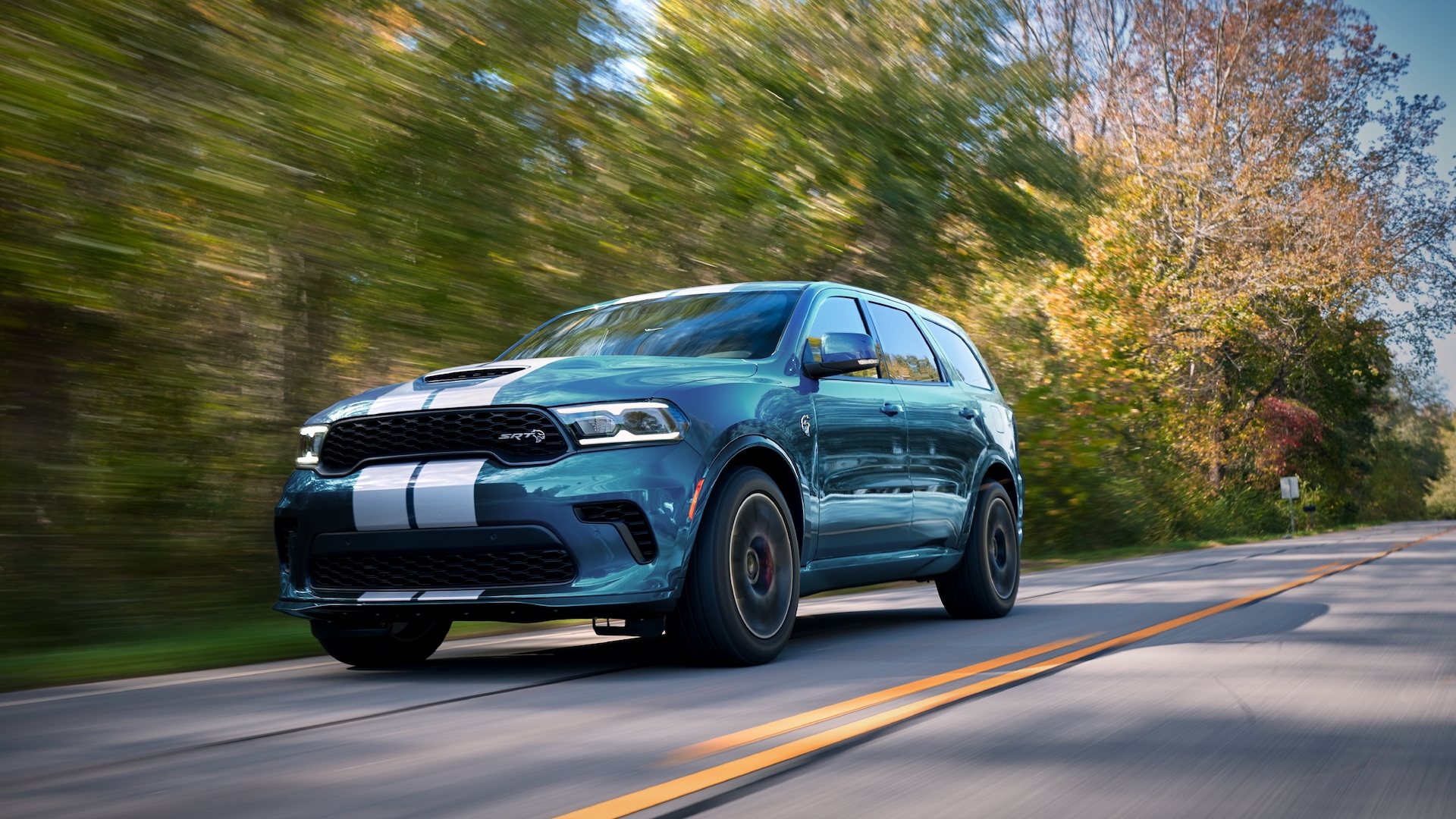 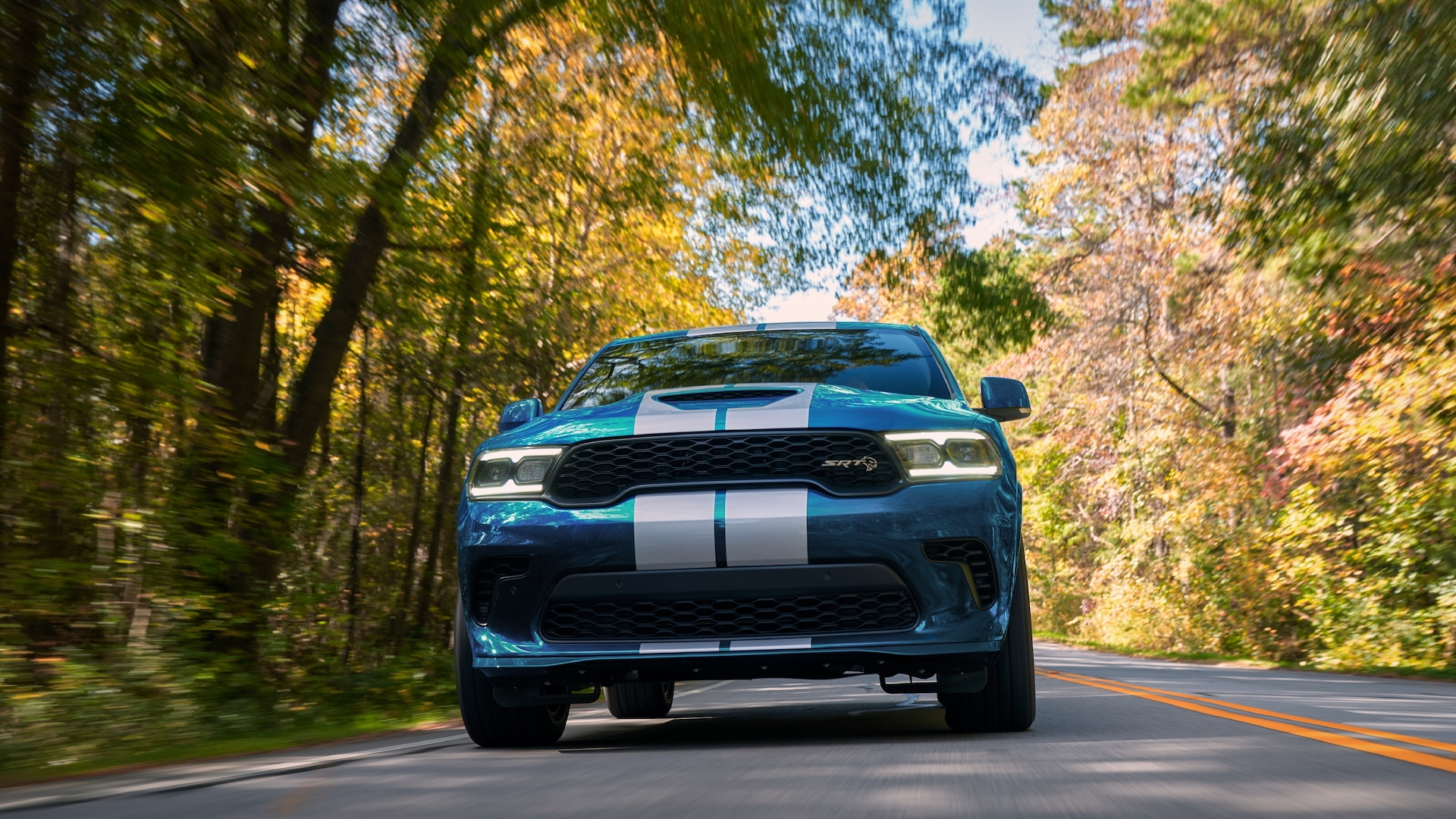 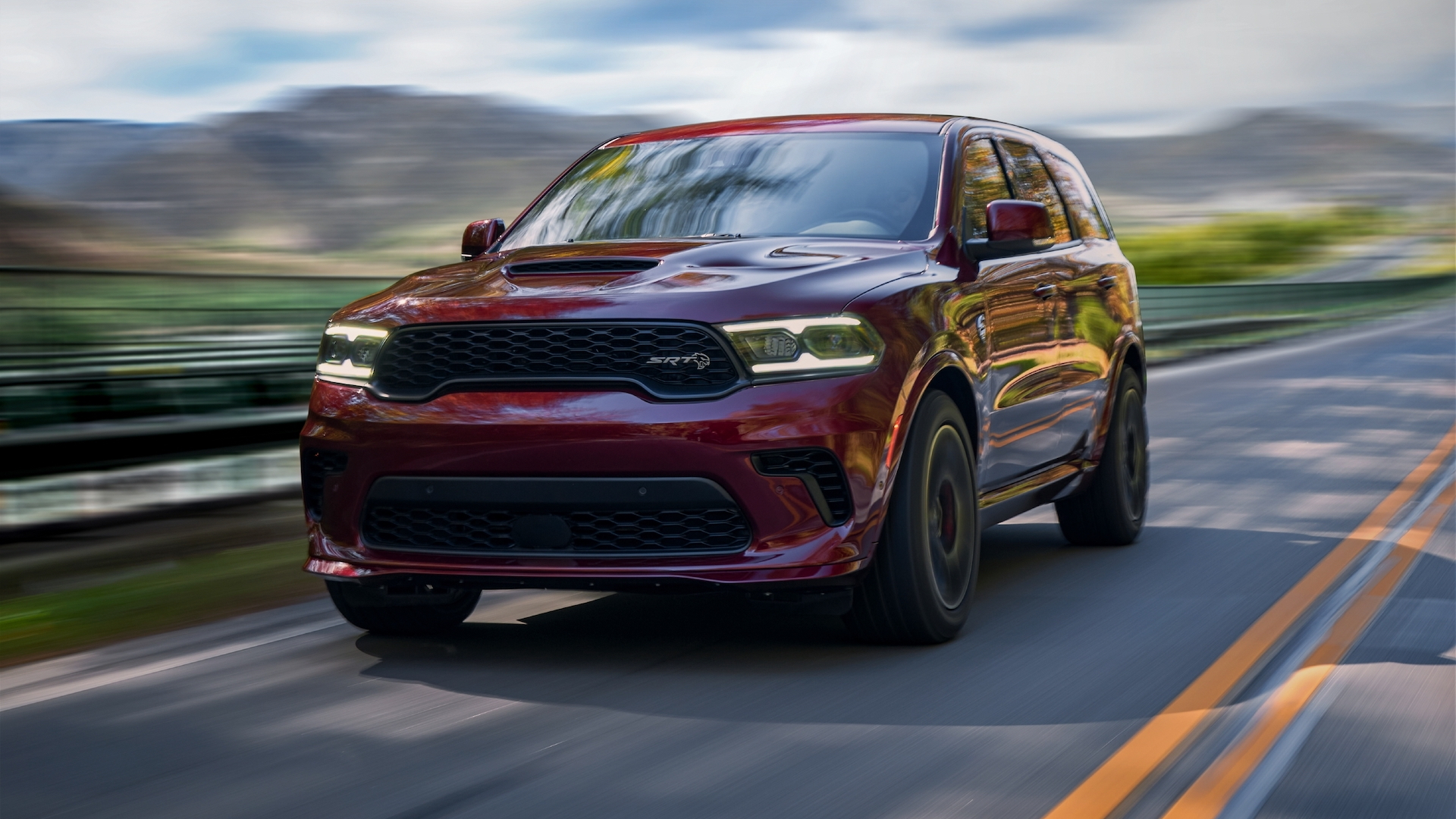 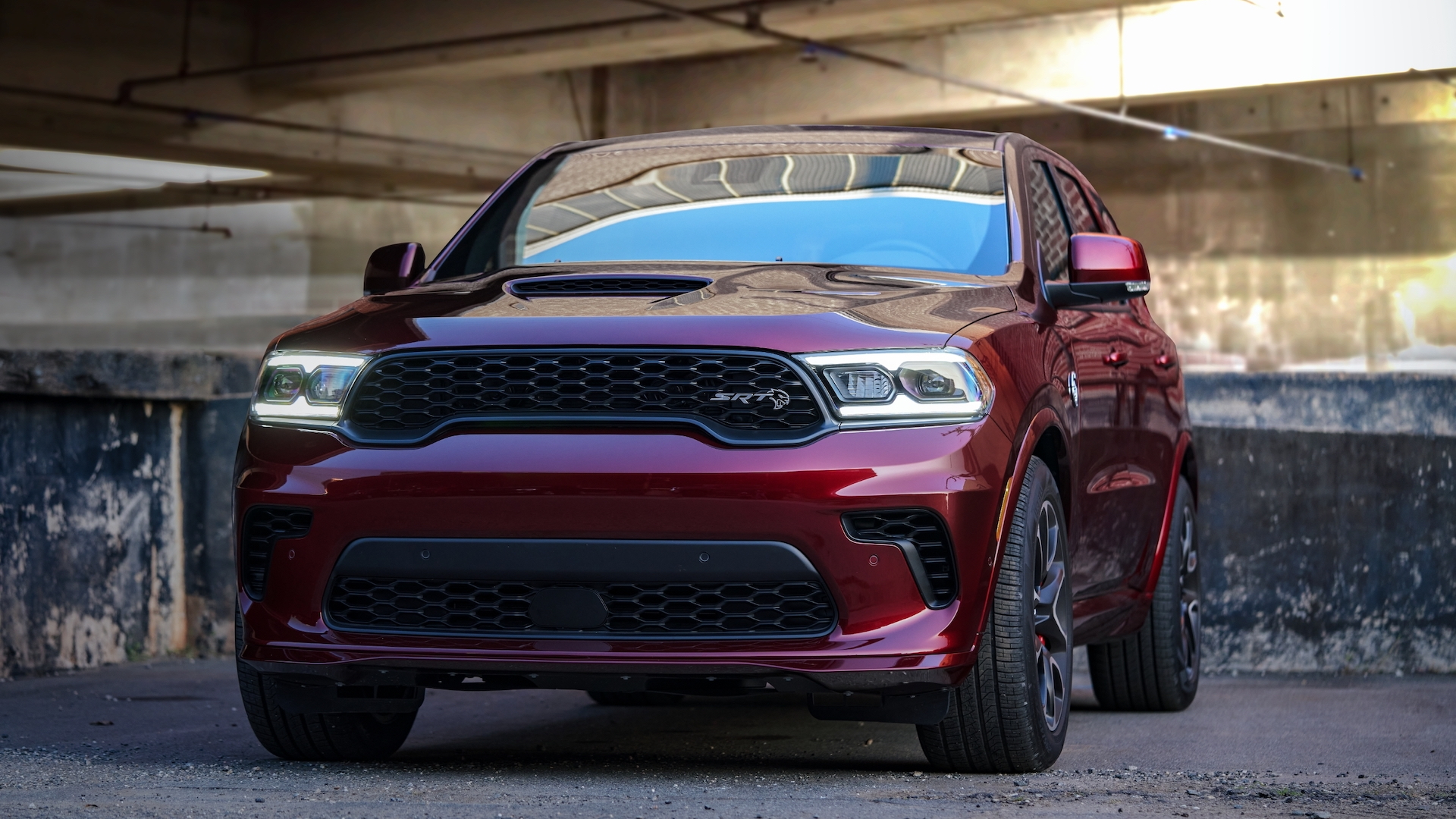 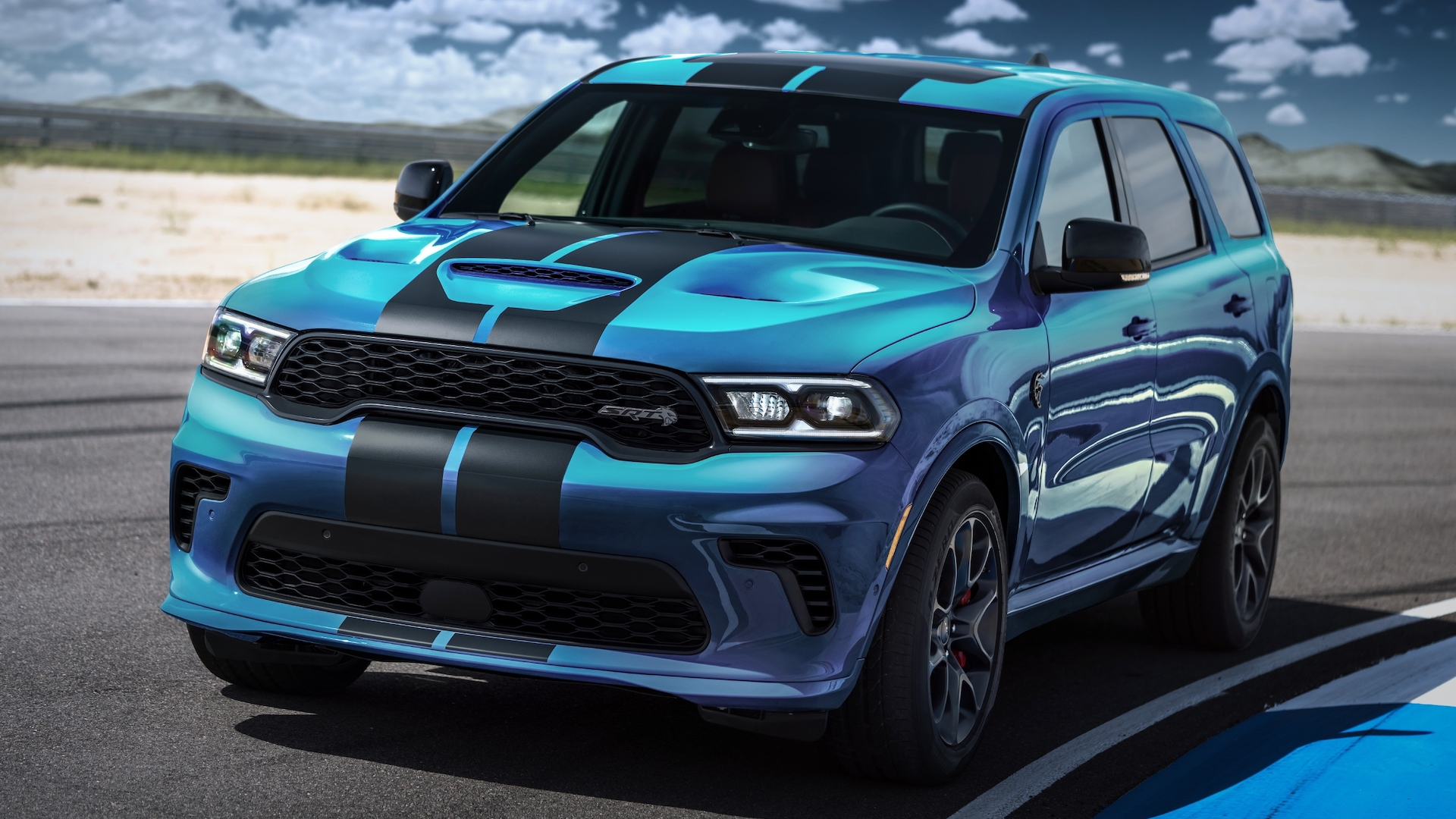 The three-row Hellcat has risen from the dead.

On Monday, the 2023 Dodge Durango SRT Hellcat was announced with the same 710-hp supercharged 6.2-liter Hellcat V-8 engine as the 2021 model that the company said couldn't meet emissions standards. But how? It wasn't magic. Instead, it took some effort by the engineering team.

"Same power, same car, they got real good and figured it out," Dodge CEO Tim Kuniskis said at a background event for the automotive media.

When Dodge announced the 2021 Durango SRT Hellcat as a 180-mph family hauler in 2020, Kuniskis was clear with Motor Authority: The Durango Hellcat would live for one single model year and die. The reason was the Hellcat's supercharged V-8 powertrain in the Durango's platform wouldn't meet new EVAP emissions requirements that were set to get into effect for the 2022 model year.

And yet, the vehicle meets those standards for the 2023 model year. Nothing has changed with the rules.

Dodge spokesperson Dave Elshoff told MA the engineering team "improved the fuel system to meet LEVIII zero evaporative emissions, which are required for the 2023 model year and beyond."

To do this, the team made mechanical changes to the fuel tank, fuel filler, and carbon canister.

While Dodge had to better control the evaporative emissions from the Durango Hellcat, the fuel systems in the Charger and Challenger Hellcats, which are built on a different platform, have met regulations. Same goes for the Ram 1500 TRX.

When Dodge announced the Durango Hellcat in 2020, Kuniskis said it would only be built for six months. That left enough time to screw together fewer than 2,000 units, making the Durango SRT Hellcat rarer than the Dodge Demon.

But Dodge ended up building 3,000 2021 Durango SRT Hellcats, which still made it rarer than the Demon but only by 300 units. The automaker claimed it was able to move some supercharged 6.2-liter V-8 Hellcat engines from other vehicles to ensure every "sold order" in the system got built.

The last time we drove the 2021 Dodge Durango SRT Hellcat we deemed it was in a class of one. Now that class of one will live a little longer.

As for how long the Charger and Challenger Hellcats will last, Kuniskis confirmed to MA at the 2021 LA auto show, they would die after 2023. "I will have this car (referring to both), this platform, this powertrain as we know it through the end of '23. There's two more years to buy a Hellcat, then it's history." He was referring to the Dodge Challenger and Charger. Both of which will die after 2023 and not be replaced with a V-8-powered vehicle. An electric muscle car will arrive in 2024 as the direct replacement.