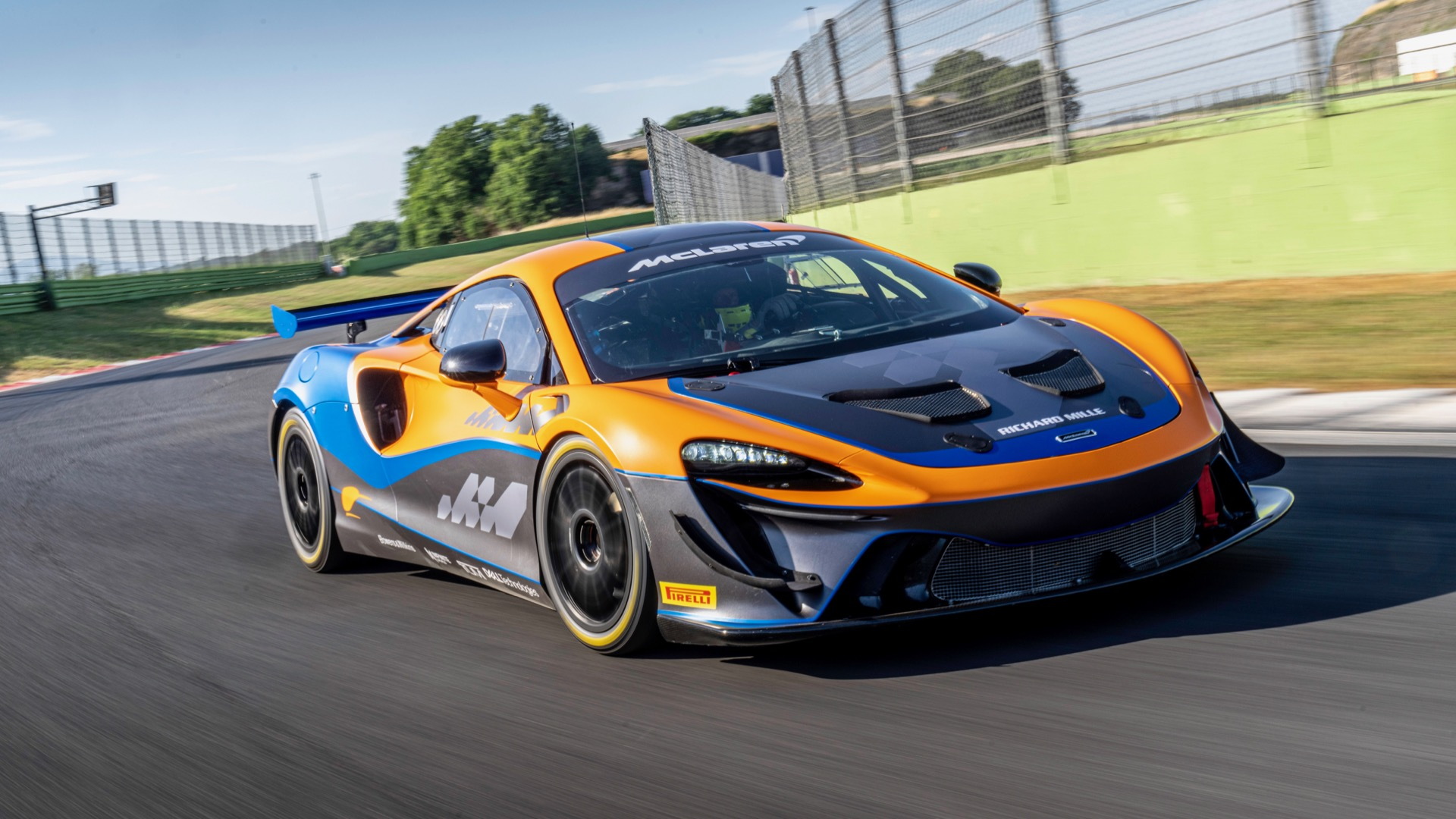 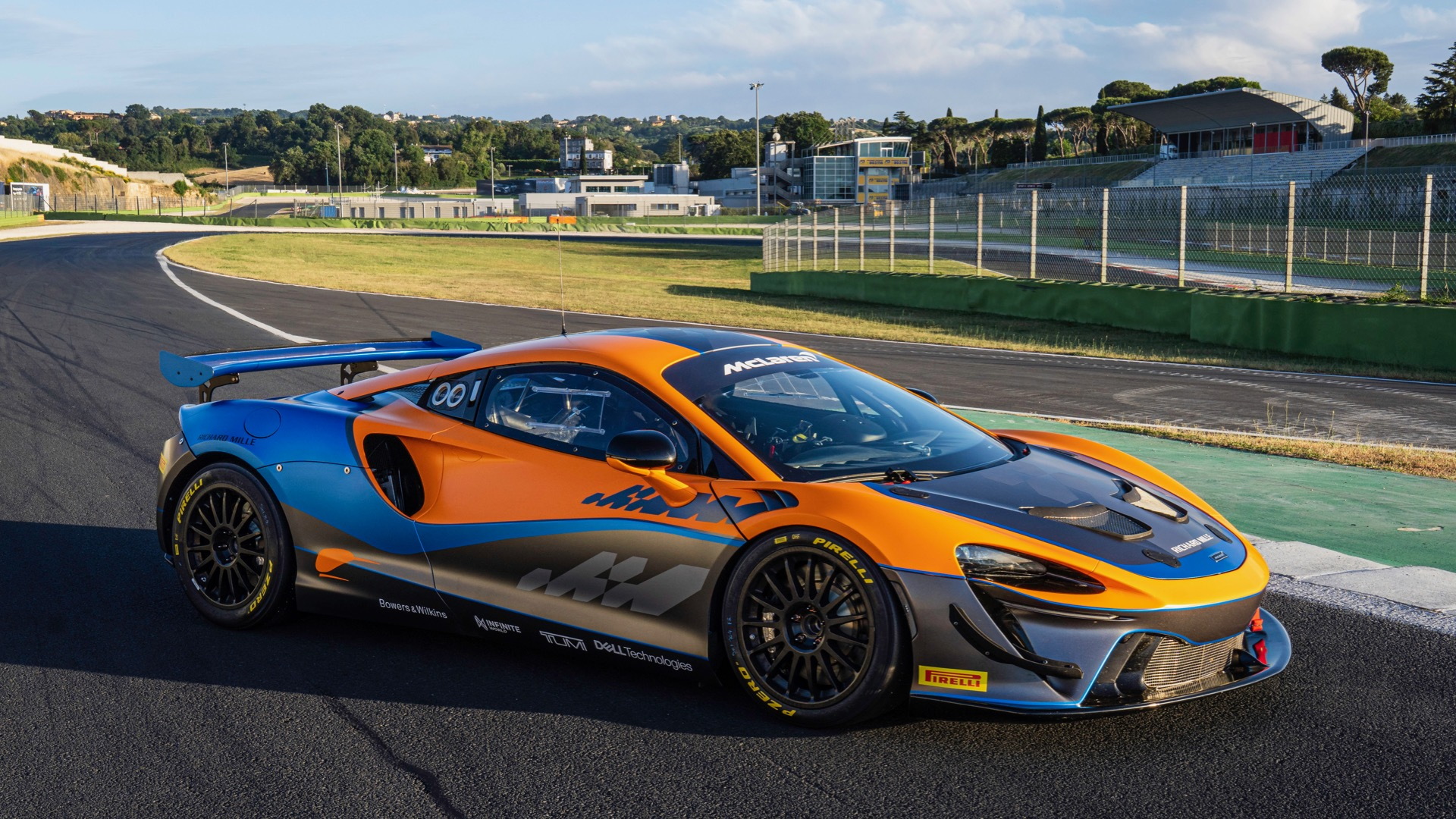 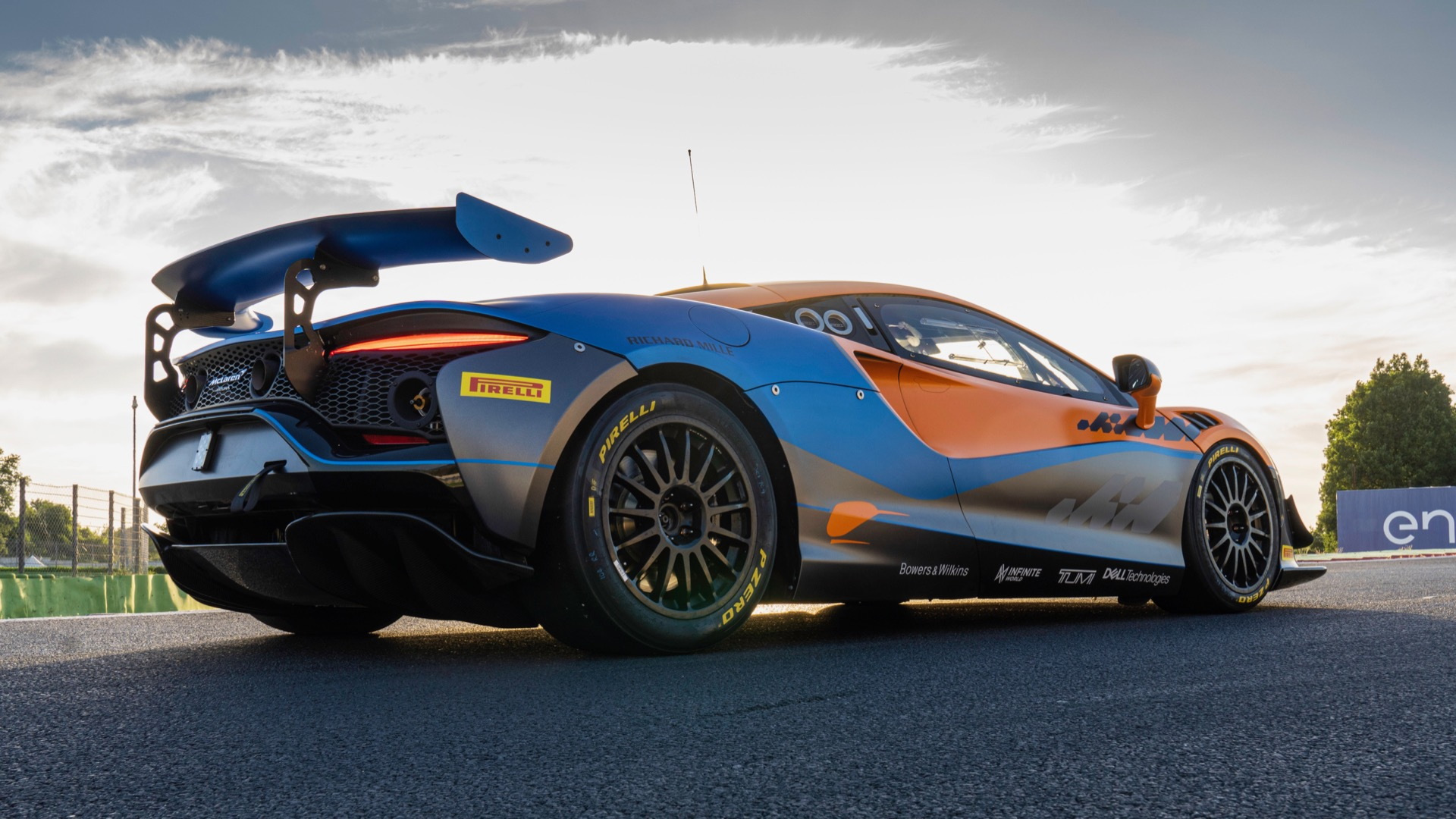 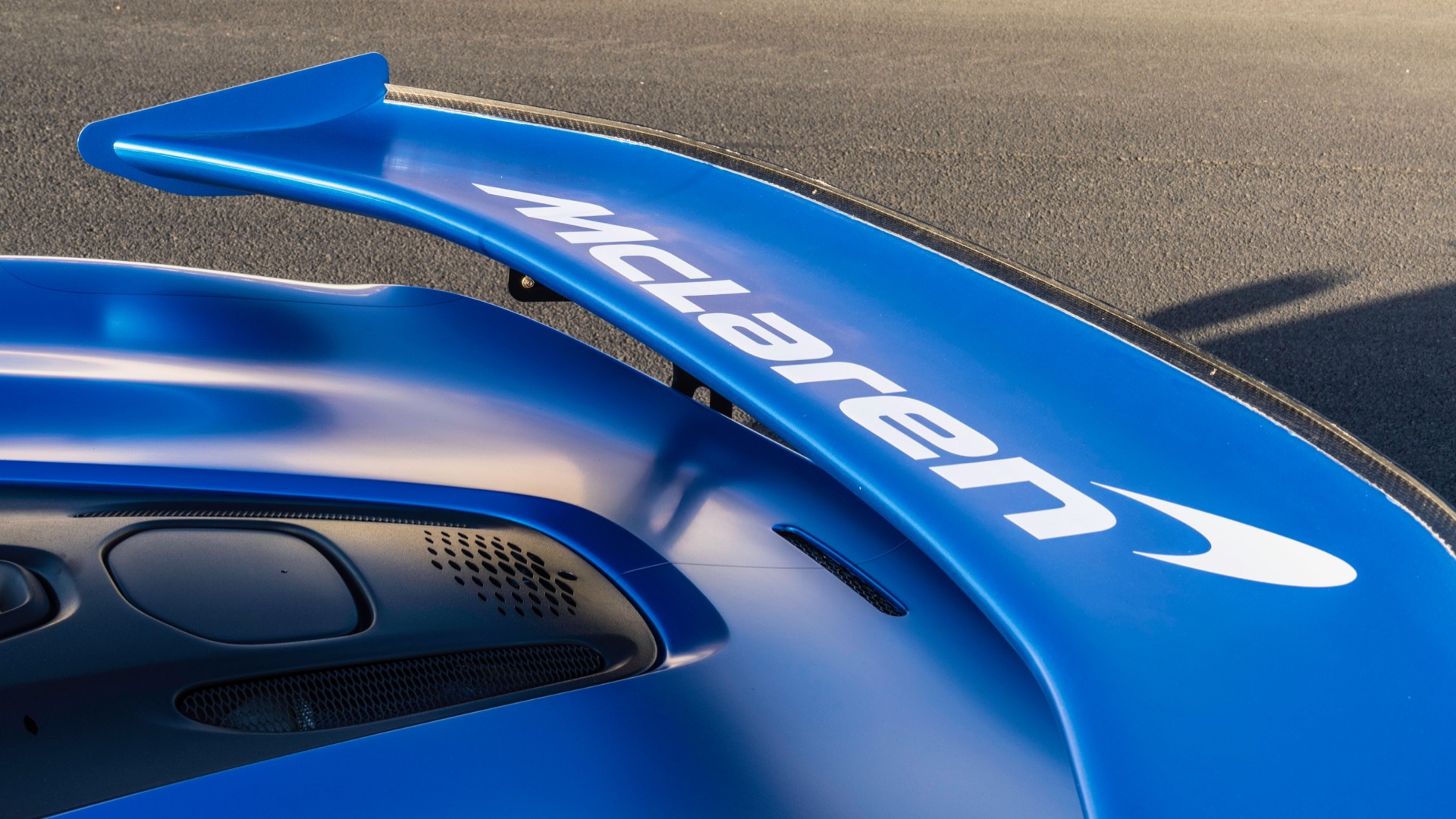 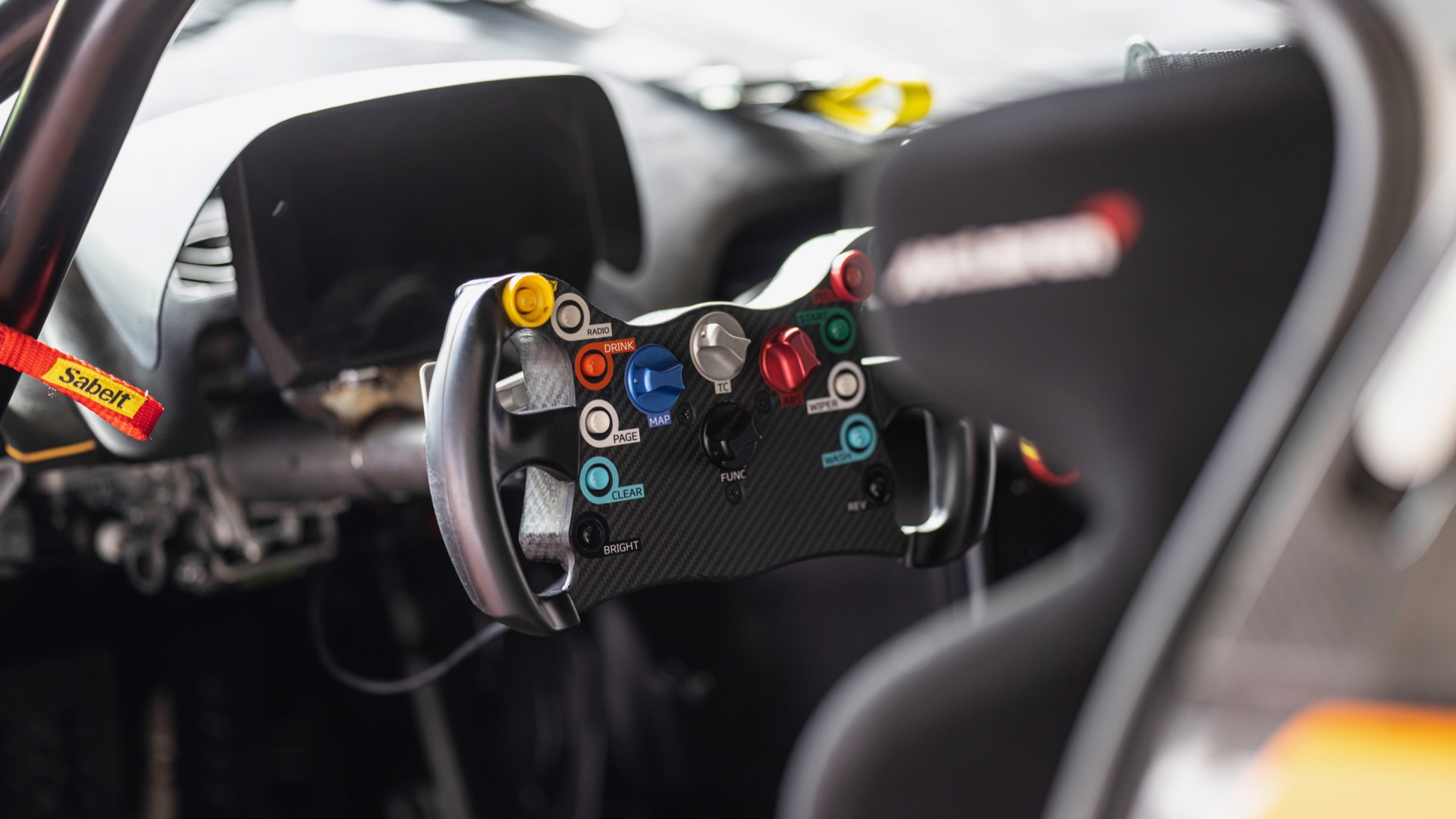 The McLaren Artura is getting a GT4 racing variant. Debuting at the 2022 Goodwood Festival of Speed, it replaces the 570S GT4 as McLaren's lower-tier customer race car.

Compared to the GT3 class that is the domain of the McLaren 720S GT3, GT4 has more restrictions on modifications. So the Artura GT4 retains most of the road car's bodywork, but with a large front splitter, dive planes, a front duct, and a rear spoiler to generate more downforce on the track.

However, because GT4 rules don't allow hybrid powertrains, McLaren had to ditch the electrified elements of the Artura's powertrain. Recall that the Artura road car is a plug-in hybrid consisting of a twin-turbocharged 2.9-liter V-6 and an 8-speed dual-clutch transmission with an integrated electric motor.

Instead, the Artura GT4 gets just the V-6, with a 7-speed gearbox that's unique to the race car. Eliminating the plug-in hybrid system shaved off 286 pounds compared to the Artura road car, McLaren said in a press release, adding that the V-6 is lighter than the M838 twin-turbo 3.8-liter V-8 used in the 570S GT4, with better throttle response and fuel economy.

McLaren didn't discuss output, but we know the V-6 makes 577 hp and 431 lb-ft of torque in the Artura road car, without electric assist. Final output for the Artura GT4 will likely depend on balance of performance calculations.

Because the Artura GT4 is a customer race car designed for drivers of different skill levels, it also gets a handful of driver aids. Race-tuned anti-lock brakes and traction control are standard, while tire-pressure monitors, a collision-avoidance system, and ride-height sensors are optional. Other options include V-Box telemetry, damper potentiometers that measure suspension position, brake infrared sensors, additional lights for night racing, and a drinks system.

The 2022 Goodwood Festival of Speed is scheduled for June 23-26. For more coverage, head over to our dedicated hub.