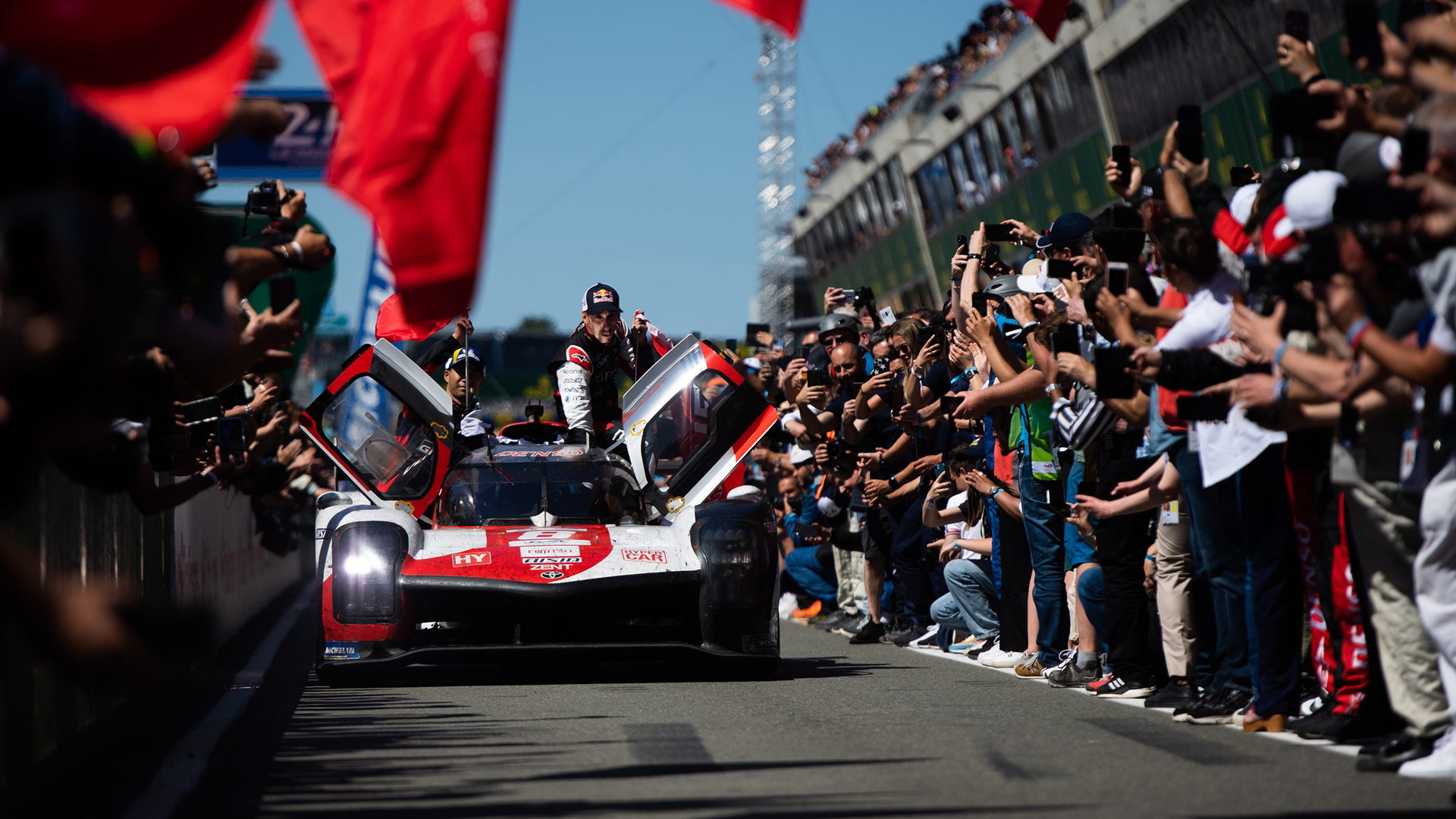 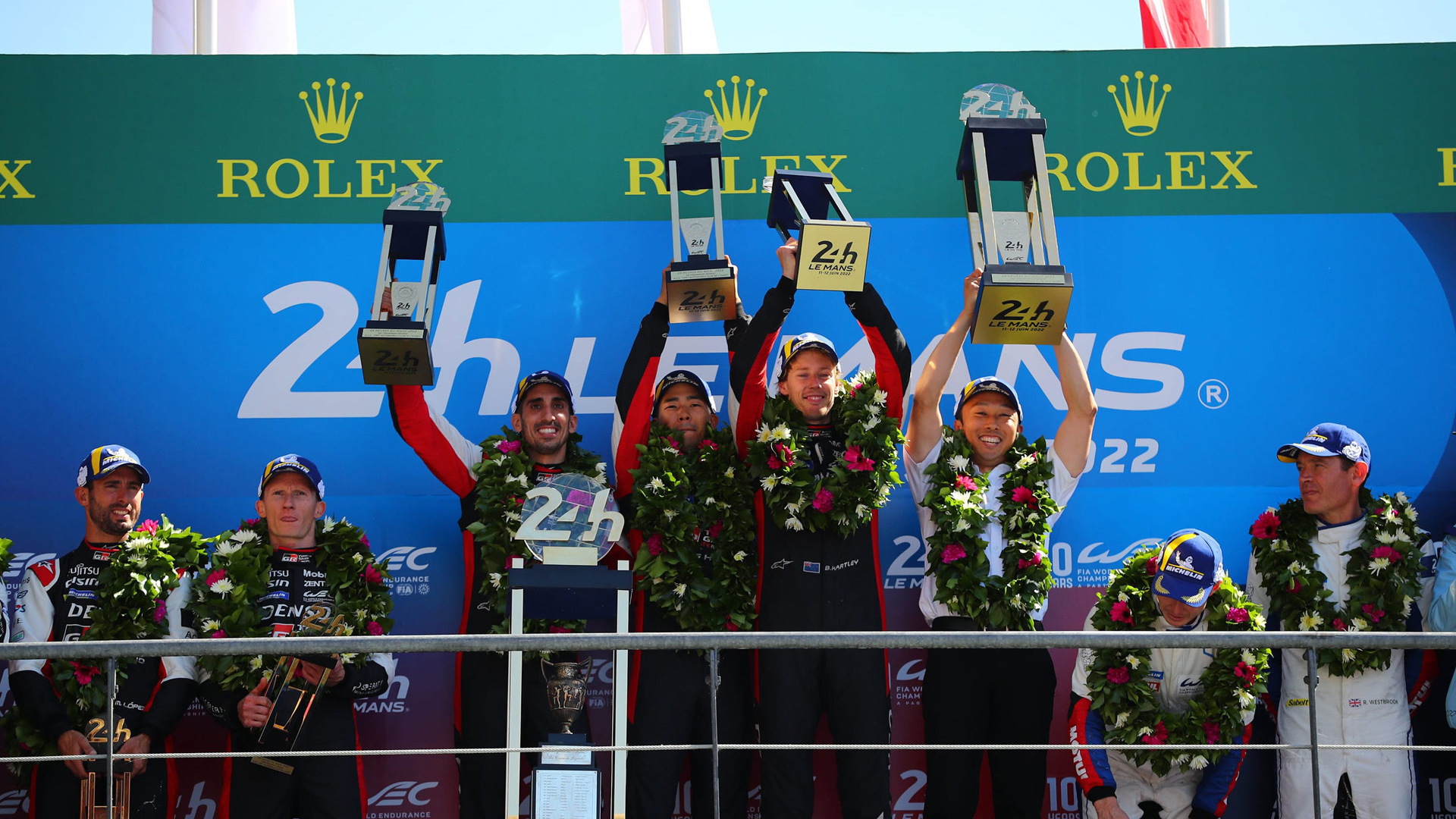 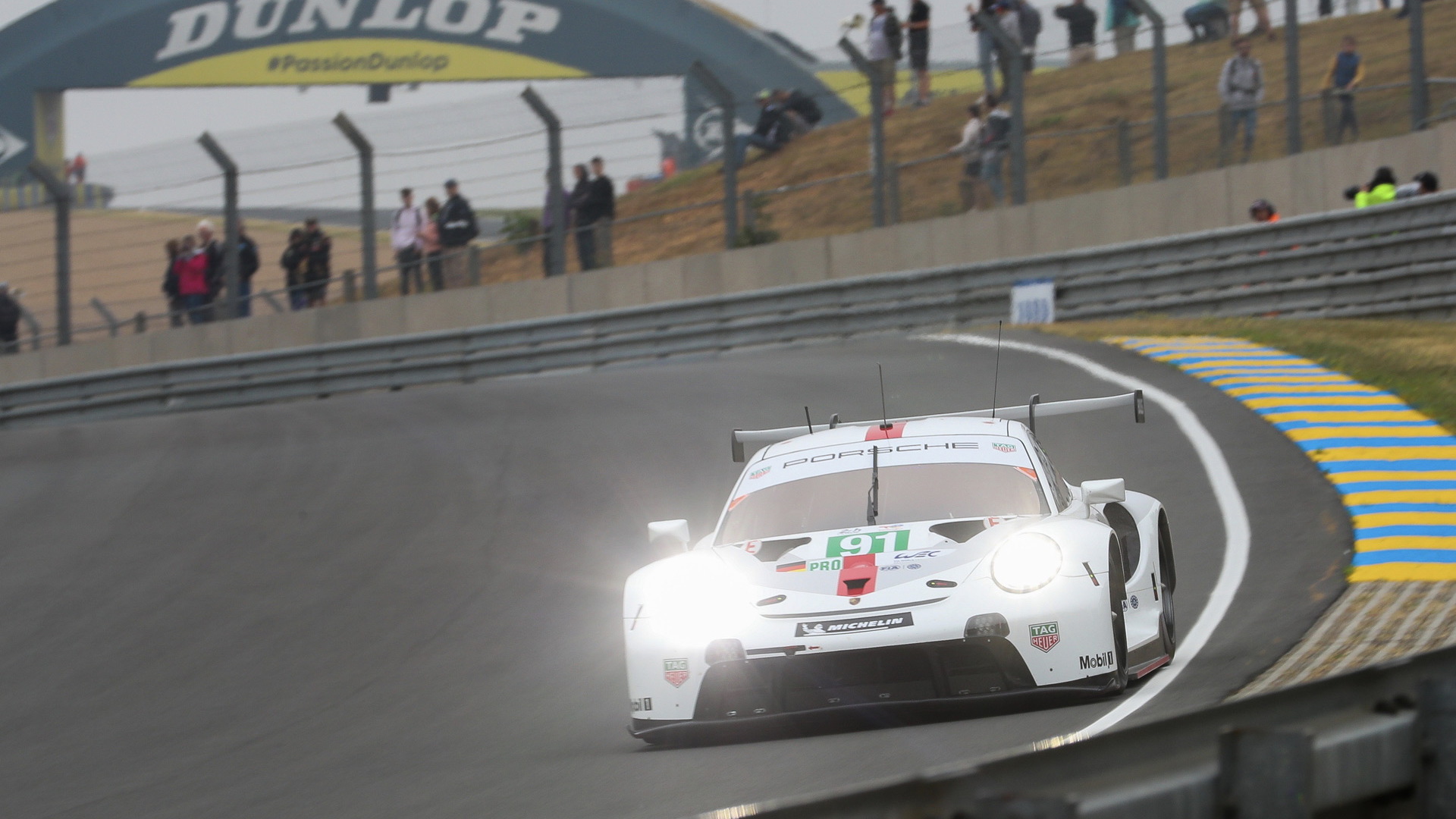 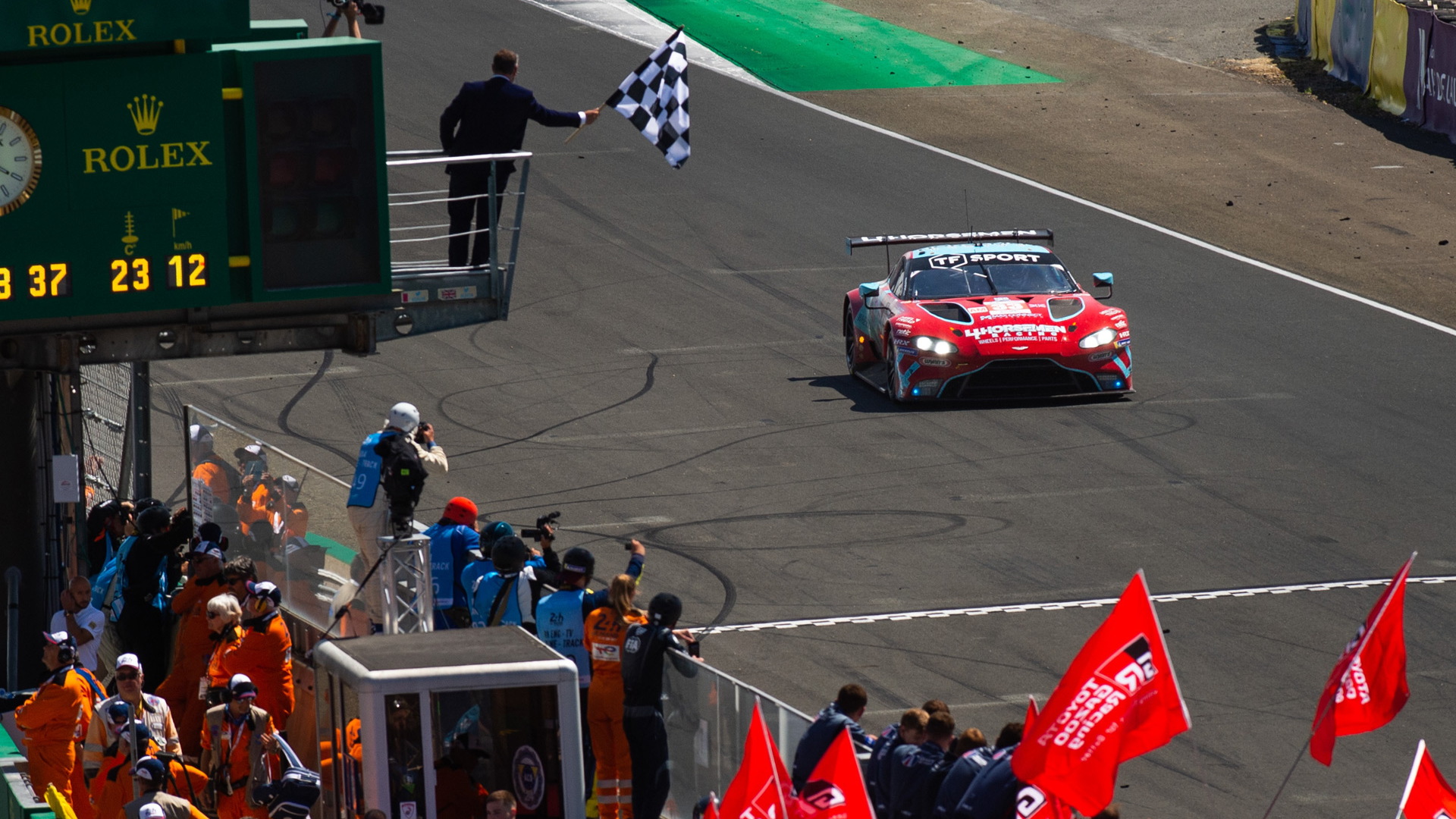 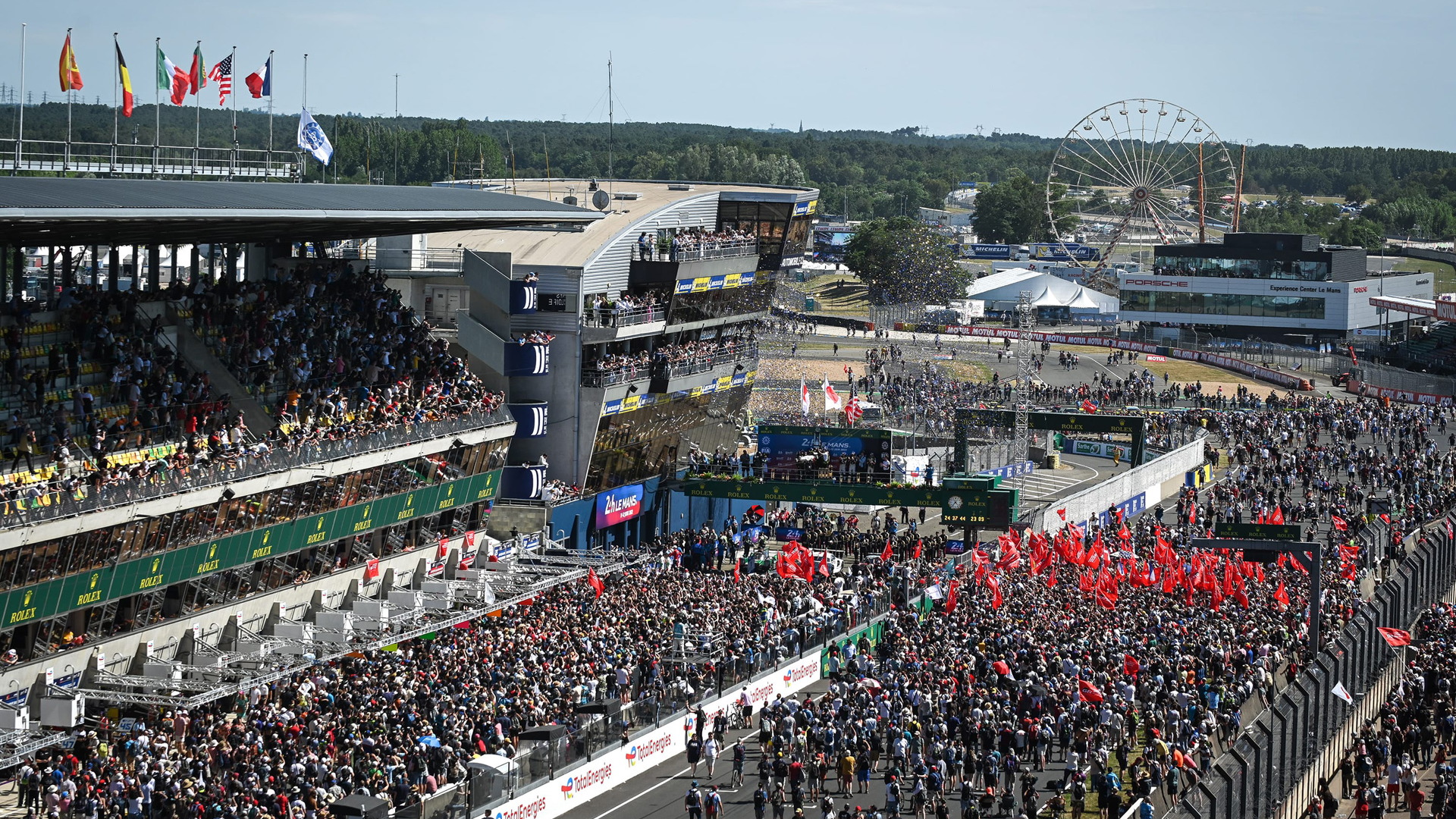 Toyota took home victory on Sunday at the 2022 24 Hours of Le Mans, the fifth year in a row that the Japanese automaker has won the French endurance classic, albeit without a rival major automaker to go up against in each of those years.

Toyota once again competed in the premier Hypercar class with its GR010 Le Mans Hypercar, and easily secured a one-two finish. It's only competition in the class was America's Glickenhaus Racing which competed with its own 007 LMH racer.

Third place went to the no. 709 Glickenhaus 007 which finished five laps behind and was driven by Ryan Briscoe, Franck Mailleux, and Richard Westbrook.

The two Toyotas were engaged in a close battle for much of the race, with the lead changing hands several times as the race ebbed and flowed, with traffic, slow zones and track evolution all coming into play. But the competition changed decisively on lap 256 when Lopez pulled the race-leading no. 7 car to the side of the track following an issue relating to the front motor.

He then performed a system reset and was able to return to the pits, where further resets solved the issue and allowed the car to continue at normal racing speed, albeit nearly a lap behind the new leader, Hartley in the no. 8 car.

Starting next year, there will be more serious contenders in the Hypercar class, as there will be several major automakers fielding their own LMH race cars as well as new Le Mans Daytona hybrid race cars. Acura, Alpine, Audi (maybe), BMW, Cadillac and Porsche are all committed to LMDh, while Ferrari, Glickenhaus, Peugeot, along with Toyota, are all committed to LMH. Lamborghini also announced in May that it will join the LMDh fold in 2024.

In the LM GTE Pro class, Porsche took top honors with its no. 91 Porsche 911 RSR, driven by Gianmaria Bruni, Richard Lietz, and Frederic Makowiecki, finishing 28th overall. Second and third places went to the no. 51 and no. 52 Ferrari 488 GTE Evos of AF Corse, respectively.

There was good competition in the LM GTE Pro class between Porsche and Team Corvette, but disaster struck both Corvette C8.Rs that were competing. First there was a brake pressure issue for the no. 64 car, but the bigger blow came when the leading no. 63 car suffered a suspension failure that required lengthy repairs.

Toyota currently leads the Hypercar class in the Manufacturers' standings while in the Drivers' standings Andre Negaro, Nicolas Lapierre, and Matthieu Vaxiviere are at the top of the leaderboard. The next race on the calendar is the 6 Hours of Monza on July 10.