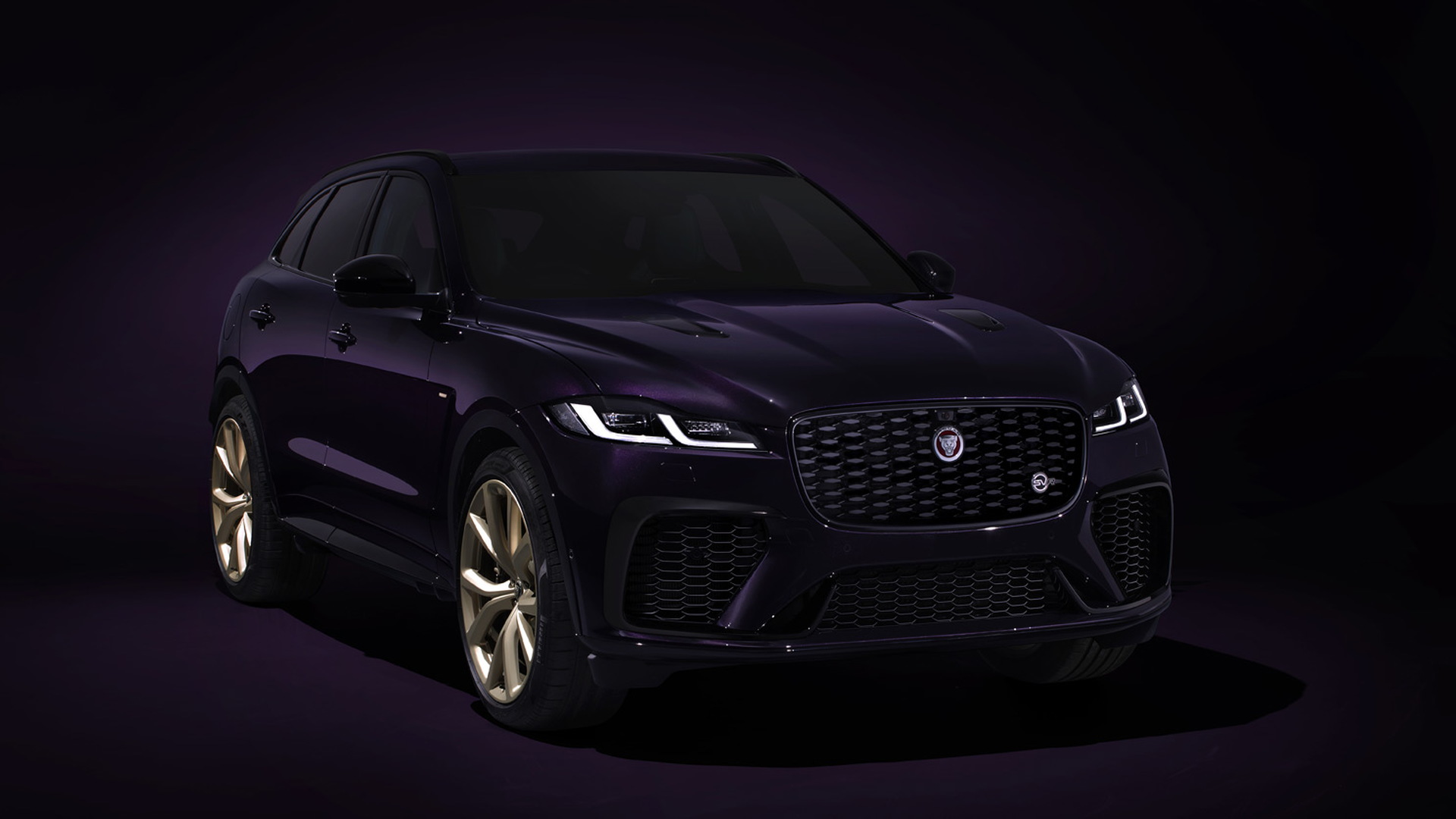 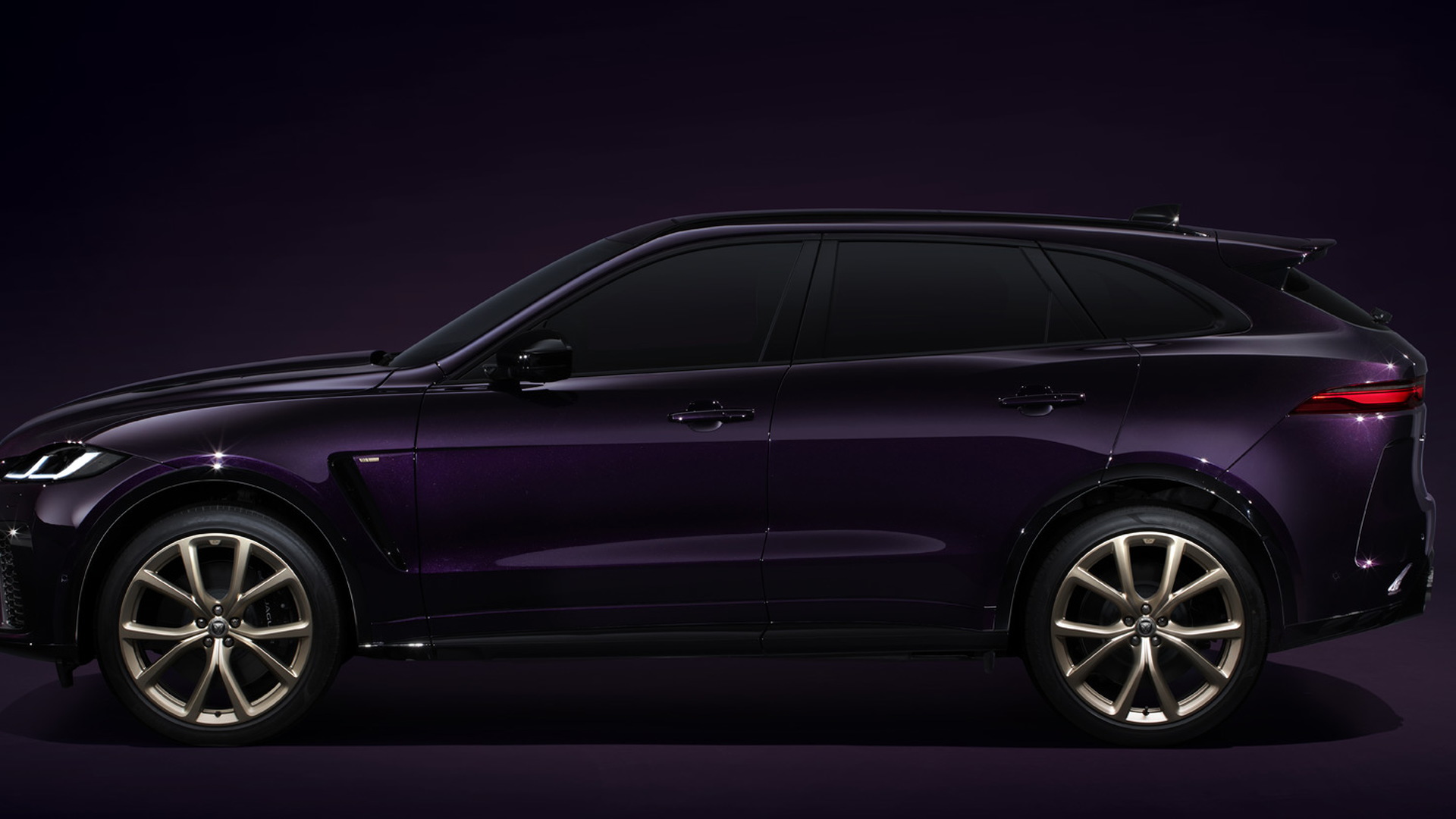 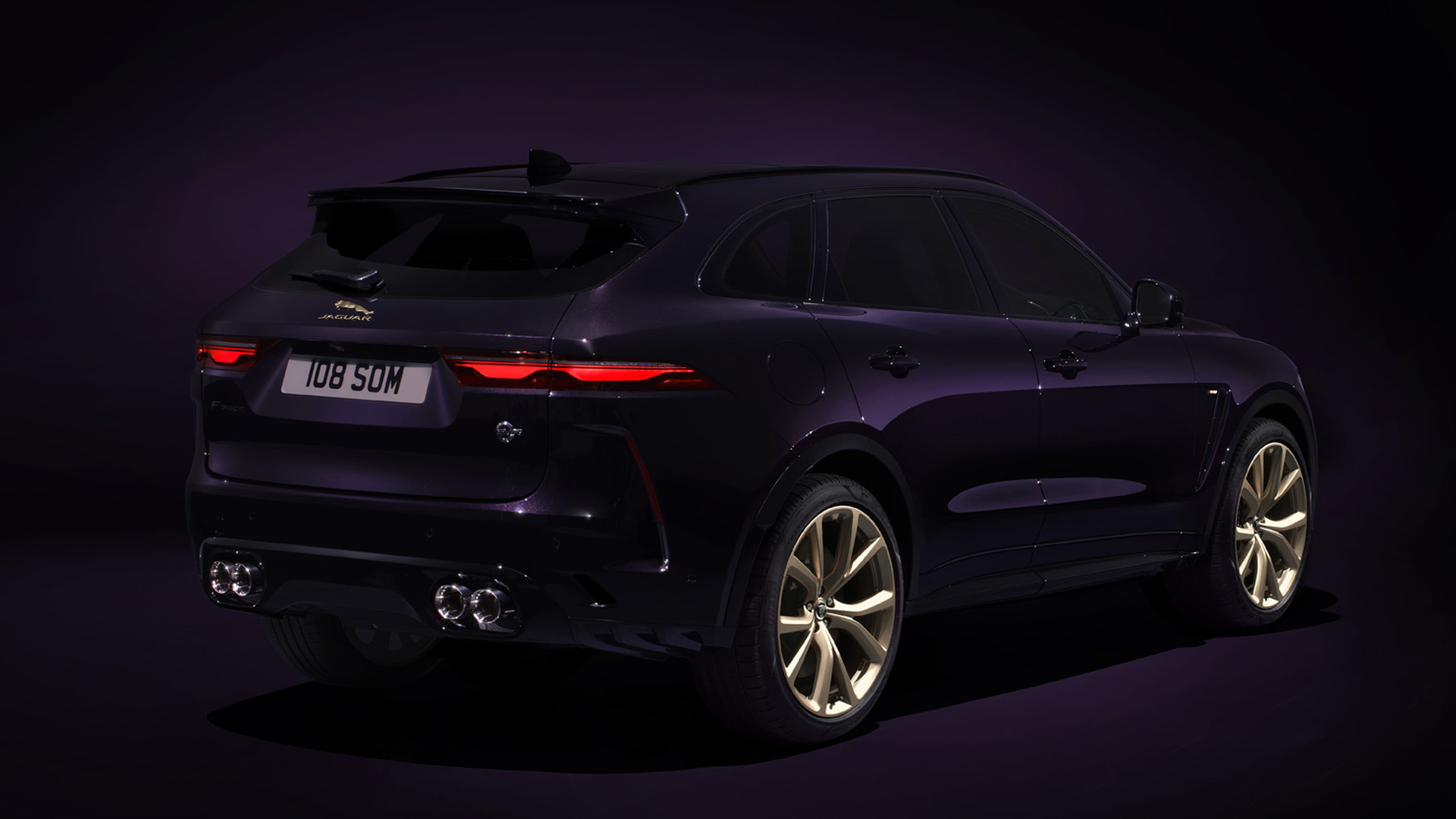 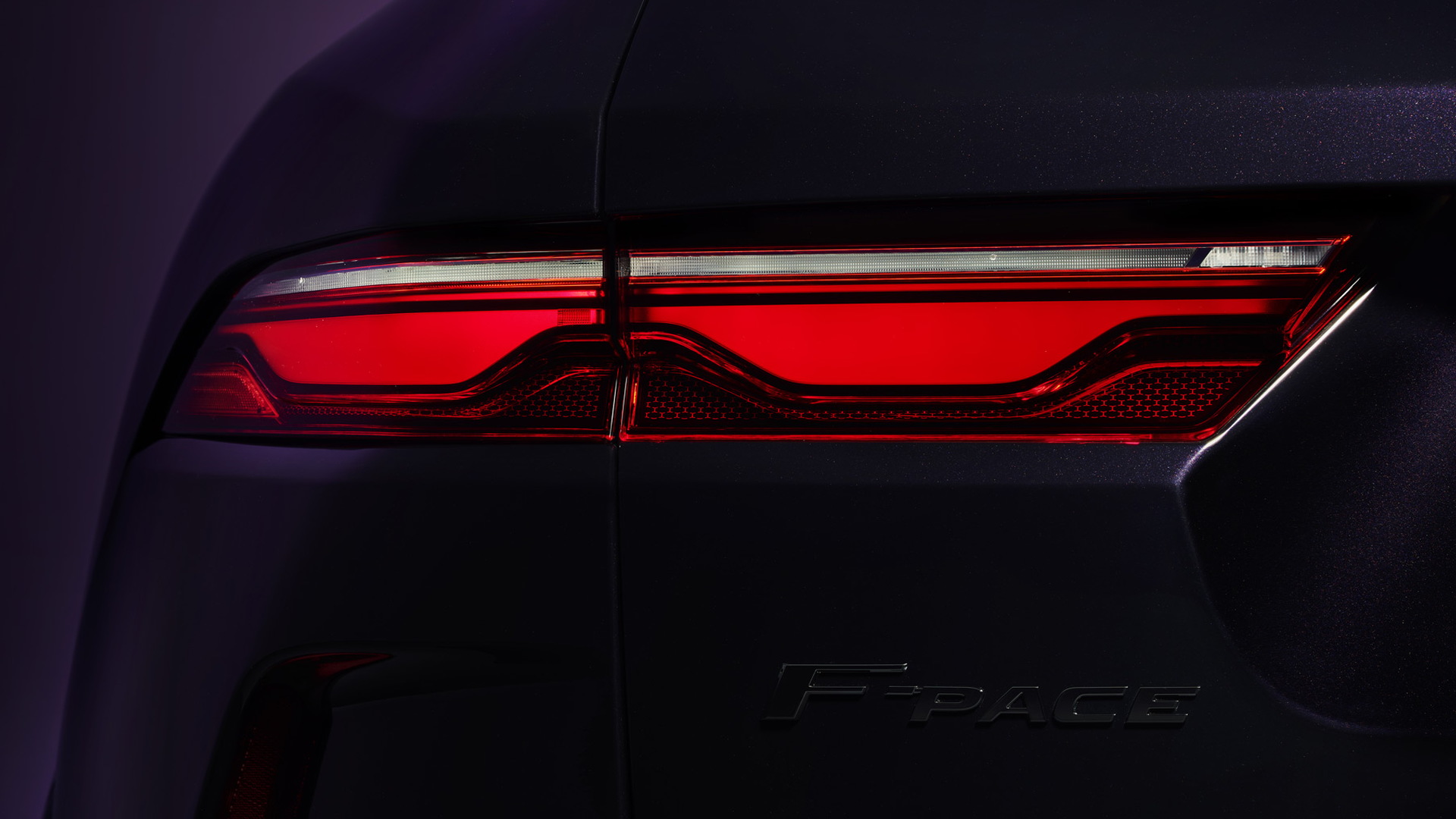 Jaguar is in the midst of a turnaround that will see the brand transform into a purveyor of high-end electric vehicles around 2025.

Unfortunately there won't be any new vehicle launches before then, but Jaguar plans to keep things interesting by introducing updates and special versions of its existing lineup.

The latest is the F-Pace SVR Edition 1988 which honors Jaguar's XJR-9 LM that won overall at the 1988 24 Hours of Le Mans. A total 394 examples will be built, the number representing the amount of laps the XJR-9 LM made in the 1988 Le Mans race, and a limited number of these will be offered in the U.S. for the 2023 model year.

Special touches on the F-Pace SVR Edition 1988 include a unique paint finish called Midnight Amethyst Gloss. There's also a set of 22-inch forged alloys finished in a color called Champagne Gold Satin. The color combination is similar to the livery of the race-winning XLR-9 LM.

Satin gold accents can also be found on the vehicle's badges, as well as a unique “Edition 1988” badge found on each of the front fenders. Detailing in satin gold extends into the cabin where it can be found across the dashboard, steering wheel spokes, gear shift paddles and the heated-and-cooled front seats. This is contrasted with dark elements, such as carbon fiber accents and black leather trim.

The current F-Pace SVR was introduced for the 2021 model year. The high-performance crossover is powered by a 5.0-liter supercharged V-8 that delivers 550 hp and 516 lb-ft of torque. It's enough for 0-60 mph acceleration in 3.8 seconds and a top speed of 178 mph.