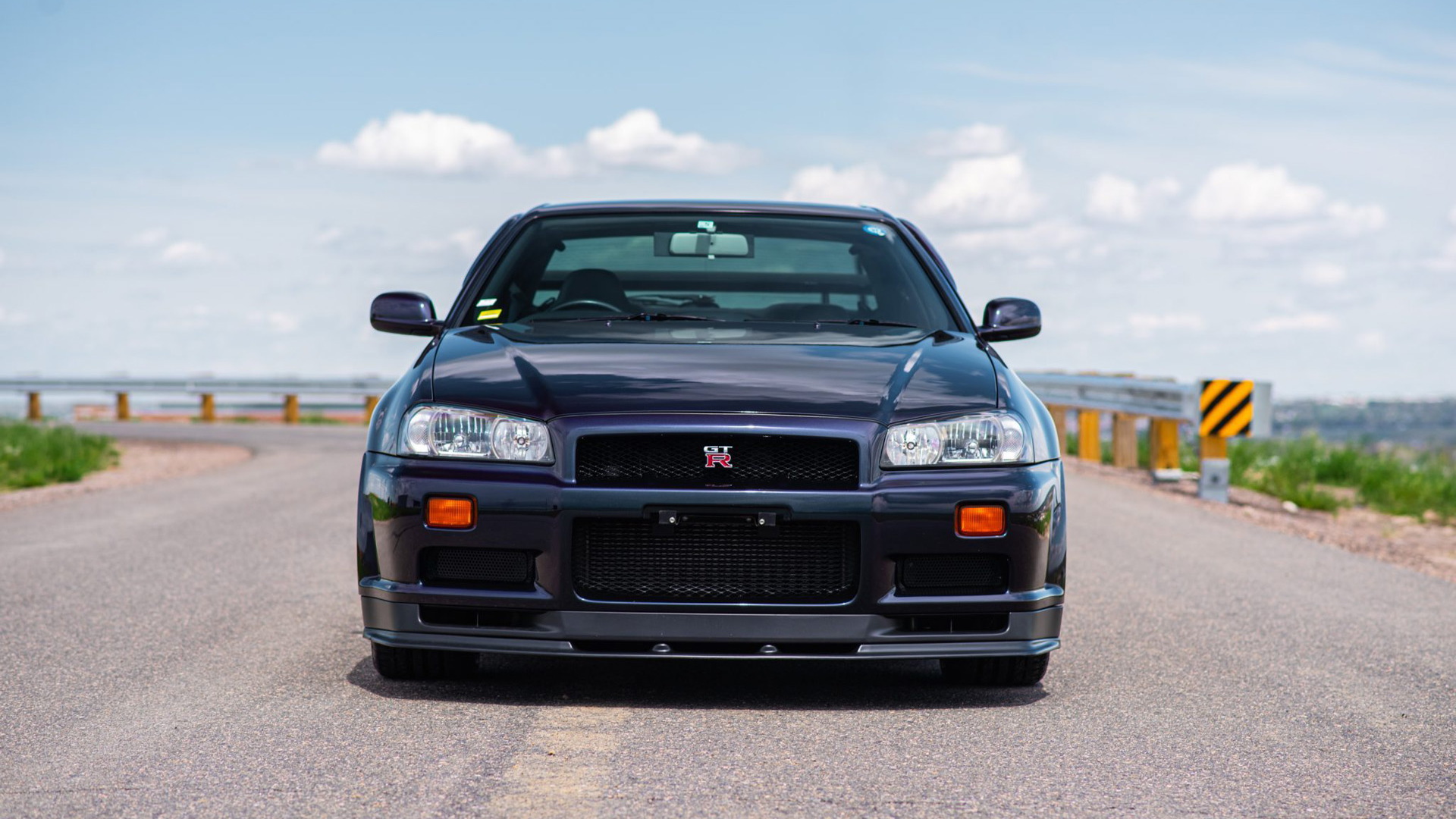 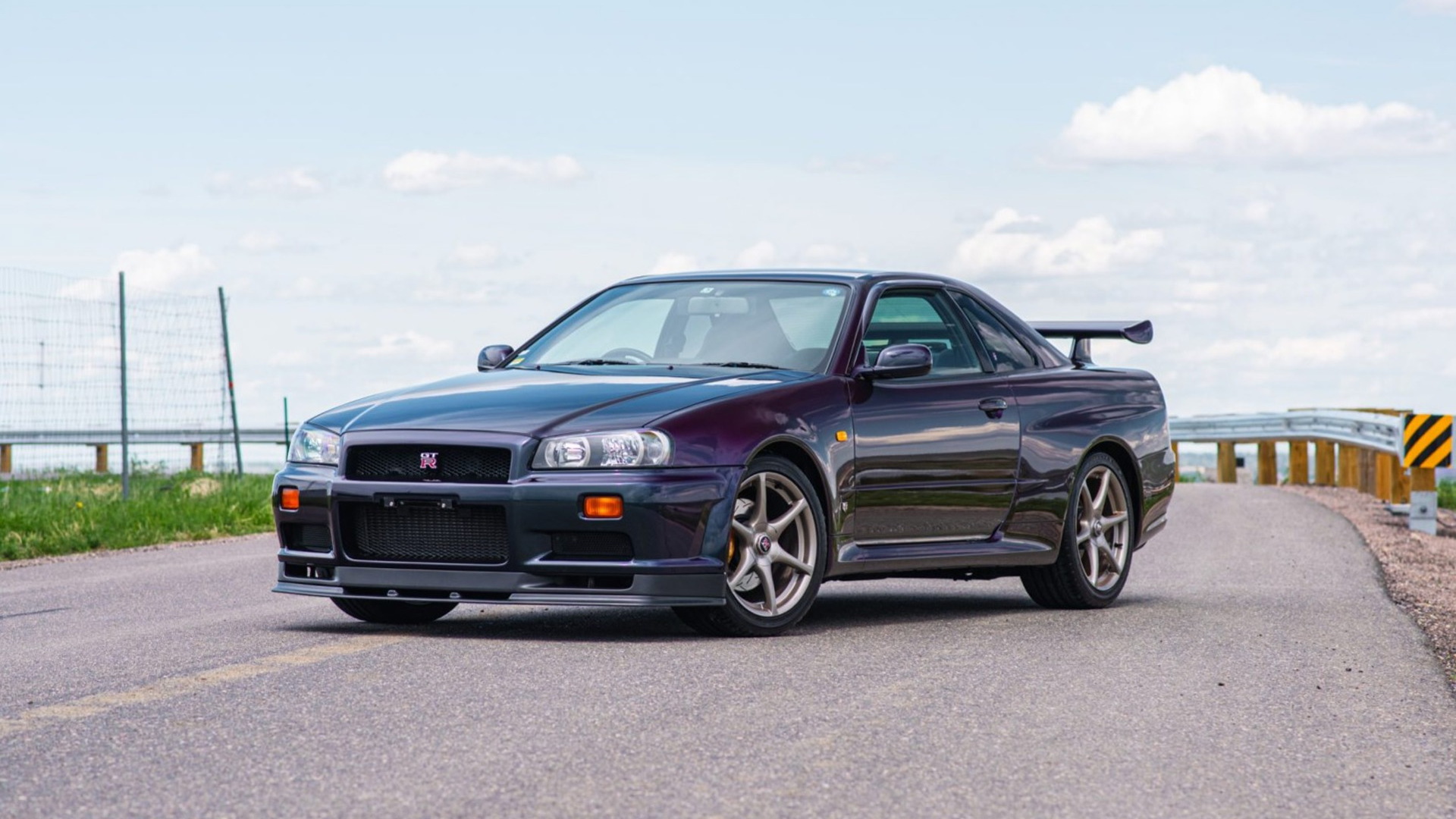 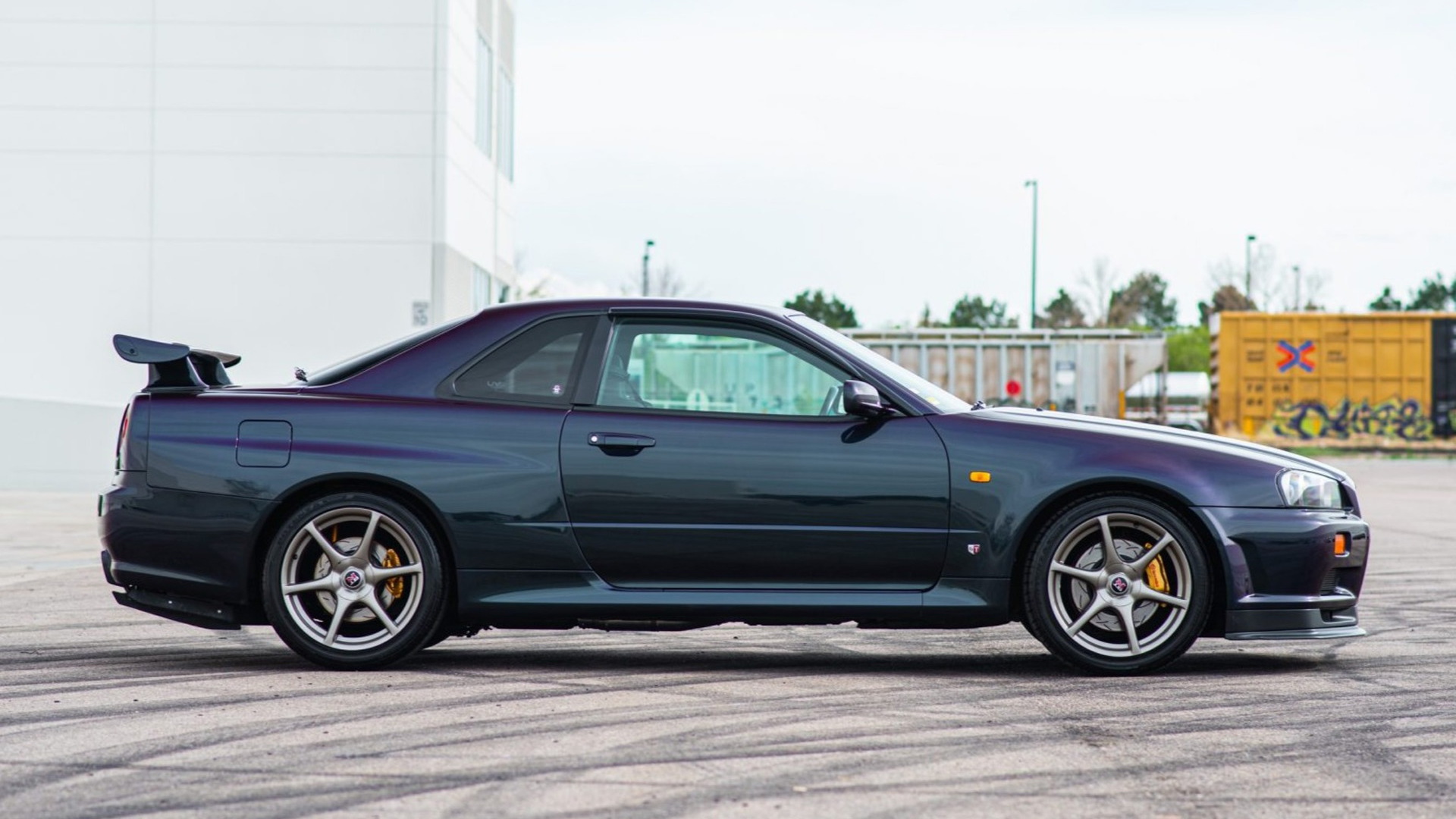 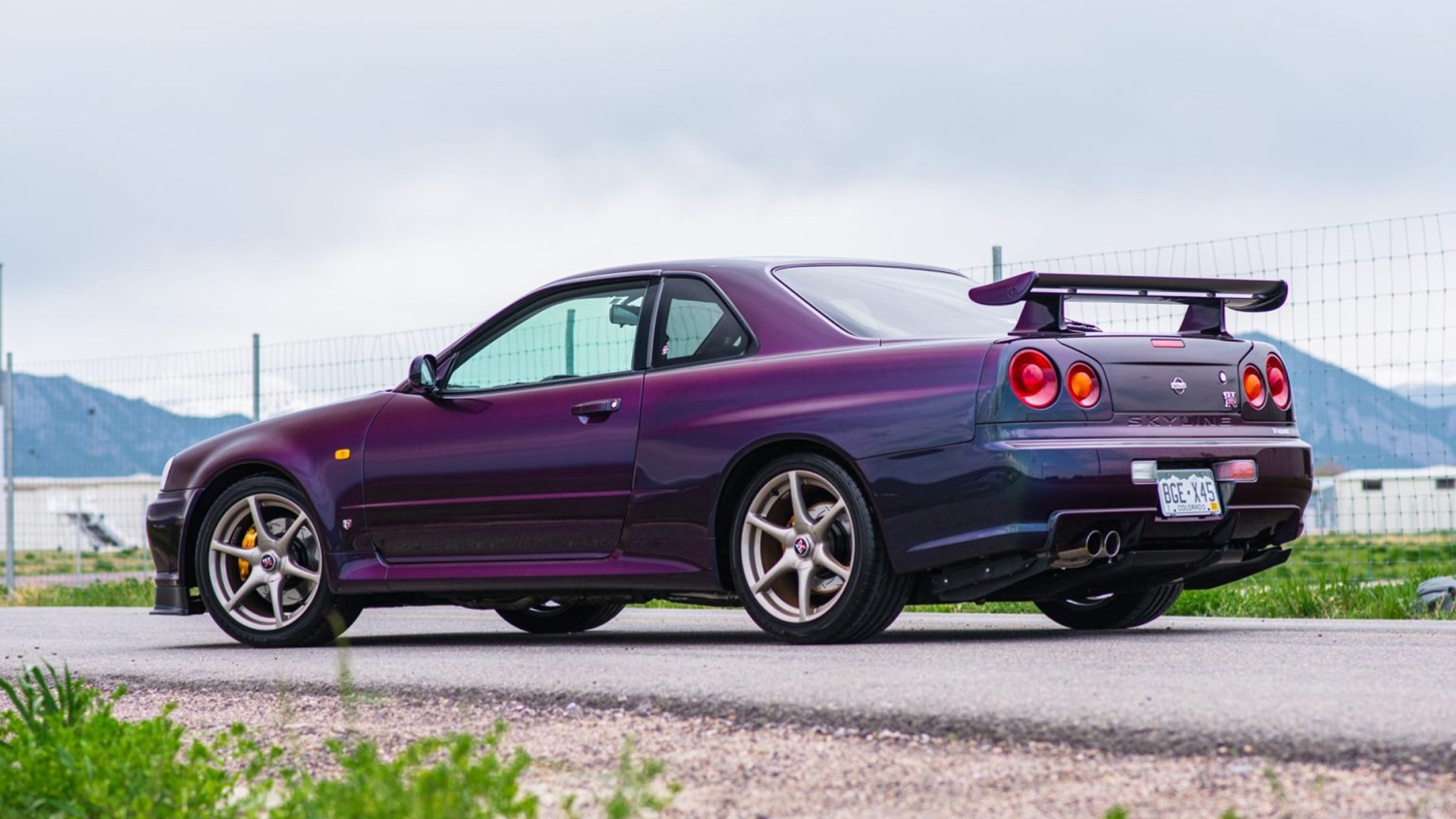 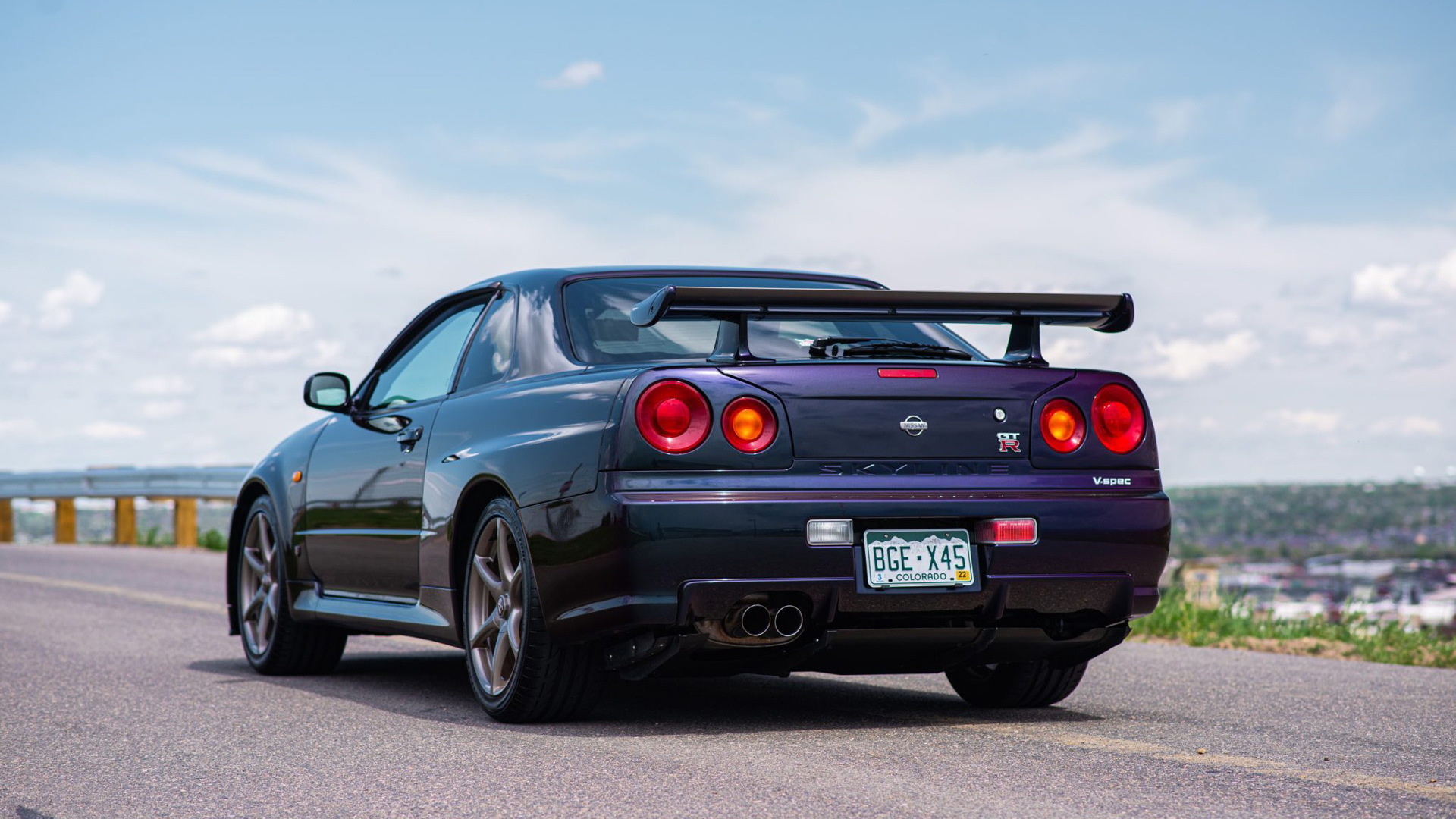 For a certain generation that grew up playing "Gran Turismo" on the Sony PlayStation, the R34-generation Nissan Skyline GT-R sold around the turn of the century is a hero car more desirable than anything wearing a prancing horse or raging bull on the hood.

Adding to the car's mystique is the fact that it was never officially sold in the U.S., though a handful have managed to make it through, both by legal means and some not-so-legal means.

One just sold on Bring a Trailer for $315,187, and it was brought into the country by legal means, specifically NHTSA's Show or Display rules. As the listing points out, the buyer needs to be aware that the rules limit the use of the car to 2,500 miles annually. The buyer will also need to apply for a new Show or Display permit from NHTSA.

The limitation didn't deter bidding. We're not surprised as the car appears to be a particularly clean example of a 1999 Skyline GT-R V-Spec finished in delicious Midnight Purple II. Only 282 examples were painted this way for the 1999 model year.

The odometer lists approximately 64,000 kilometers (just under 40,000 miles), with roughly 500 of those added by the current owner. The car is located in Denver, Colorado, and has a clean title from the state.

Like all R34 GT-Rs, the car comes with a 6-speed manual, all-wheel drive, all-wheel steering, and a twin-turbocharged 2.6-liter inline-6. The engine is officially rated at 276 hp and 260 lb-ft of torque, though it's well known that this is an understated figure to meet a previous gentleman's agreement between Japanese automakers to limit output to 276 hp in the interest of safety. The V-Spec grade adds a standard limited-slip differential at the rear, among other extras.

According to the listing, this particular car was given a major service last December at Blue Chip Services of Englewood, Colorado. Work done included replacing the timing belt, water pump, spark plugs, ignition coils, oxygen sensor, and valve covers, plus cleaning the fuel injectors and adding fresh oil and coolant.

What about the 25-year rule for easy imports of classic cars into the U.S.? The R34 Skyline won't be eligible until 2024 but the rule already allows R32 and R33 generations to be imported, and the GT-R versions of those cars feature a similar mechanical setup to the R34 GT-R.