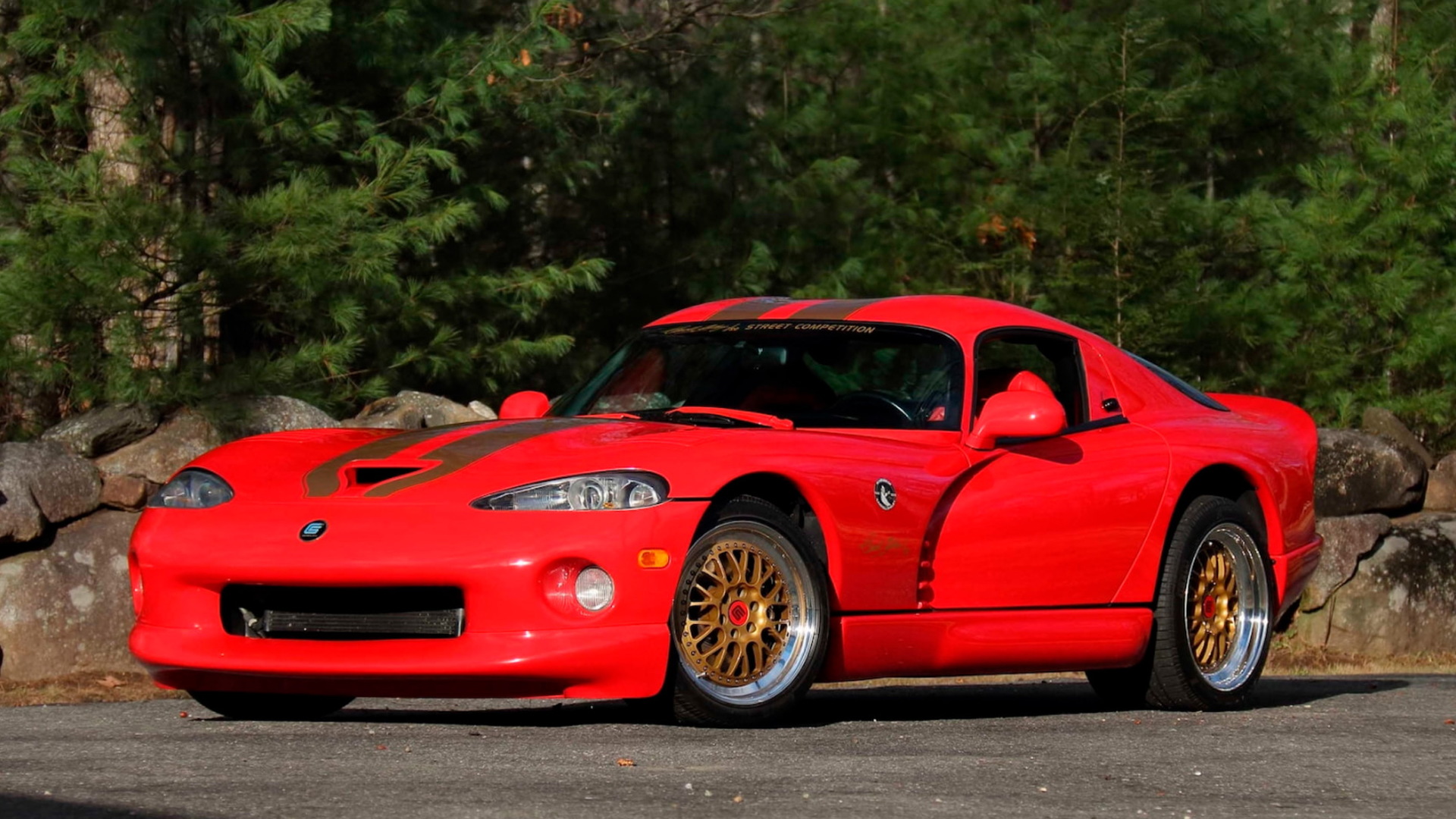 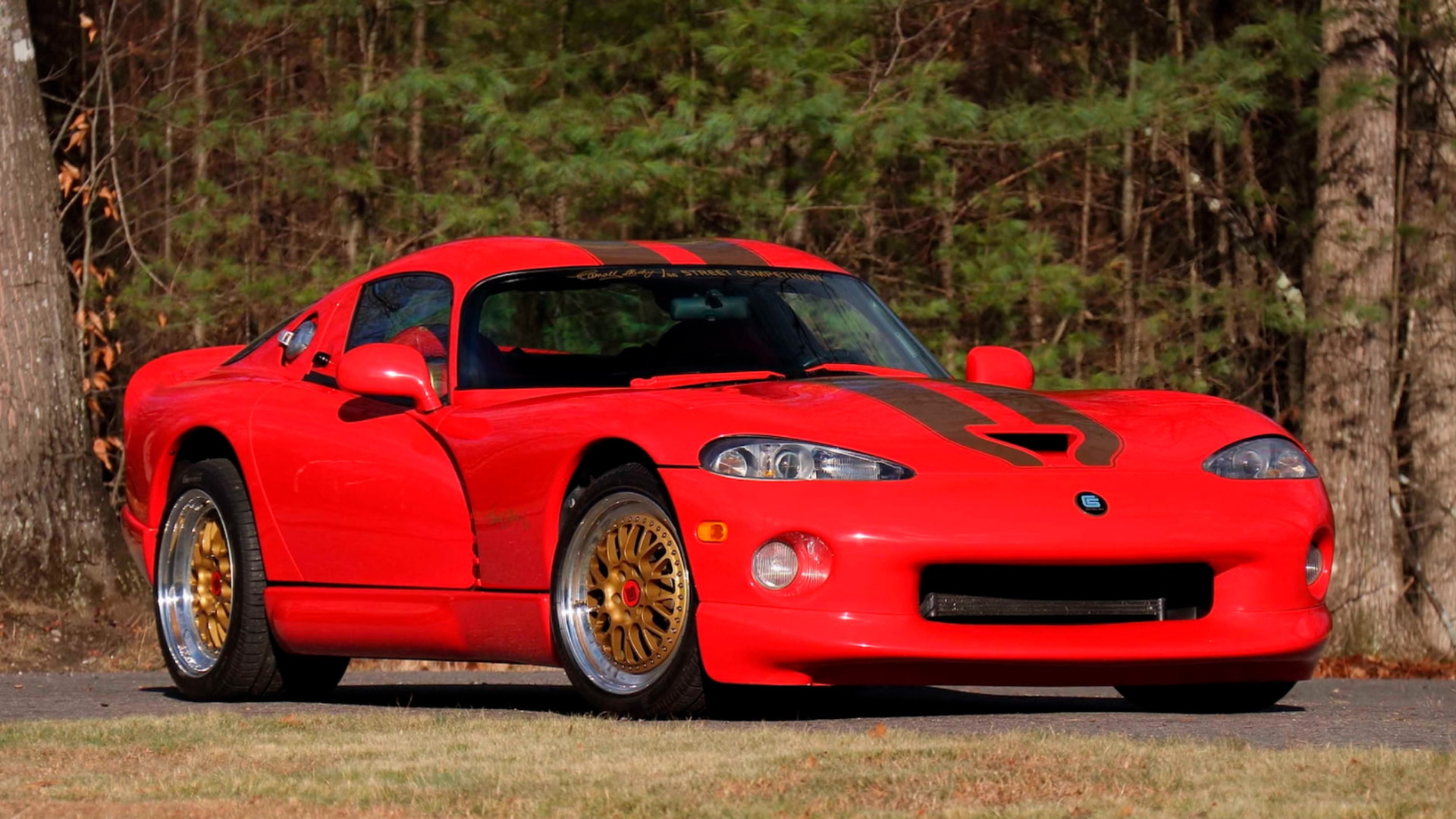 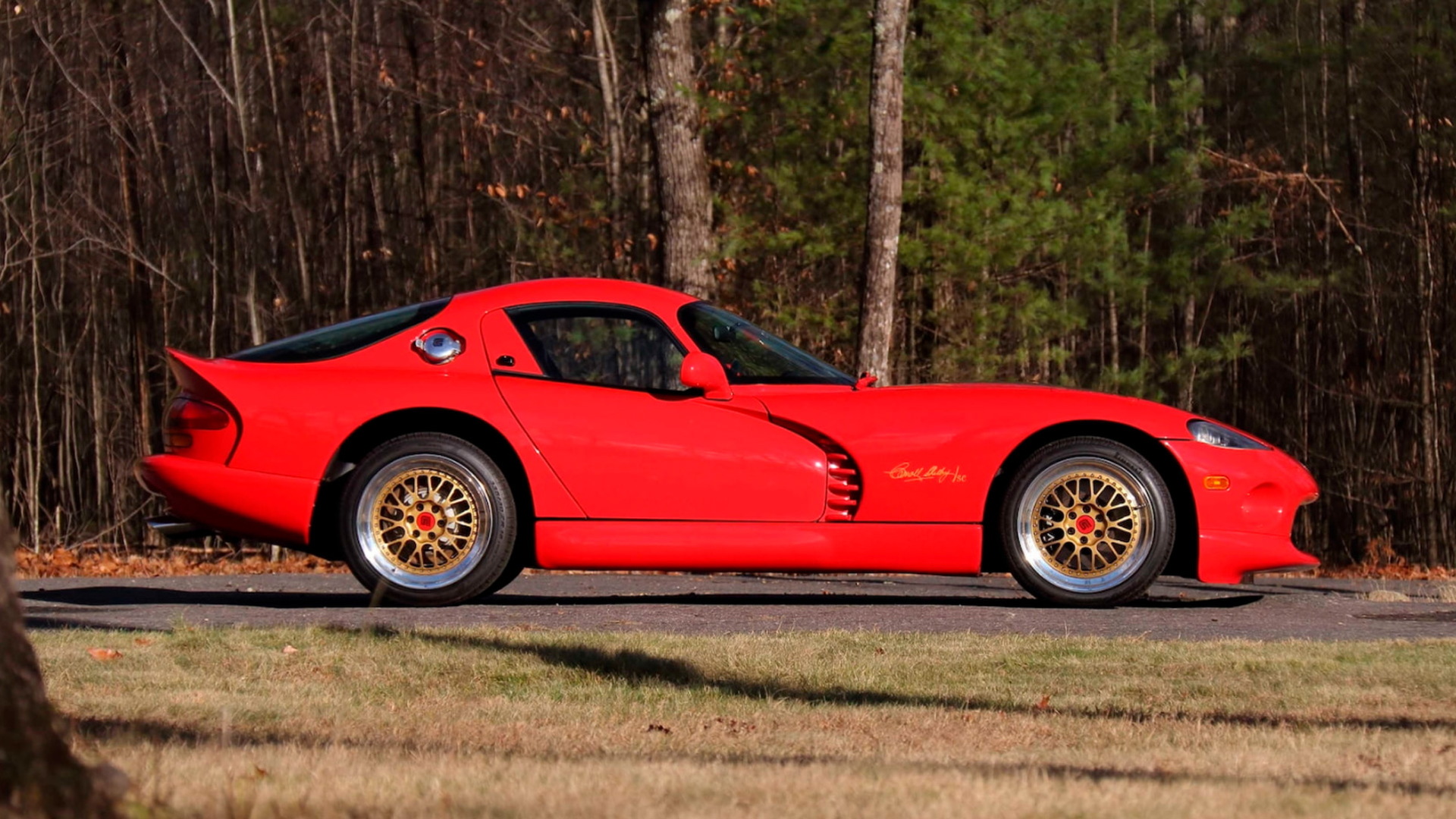 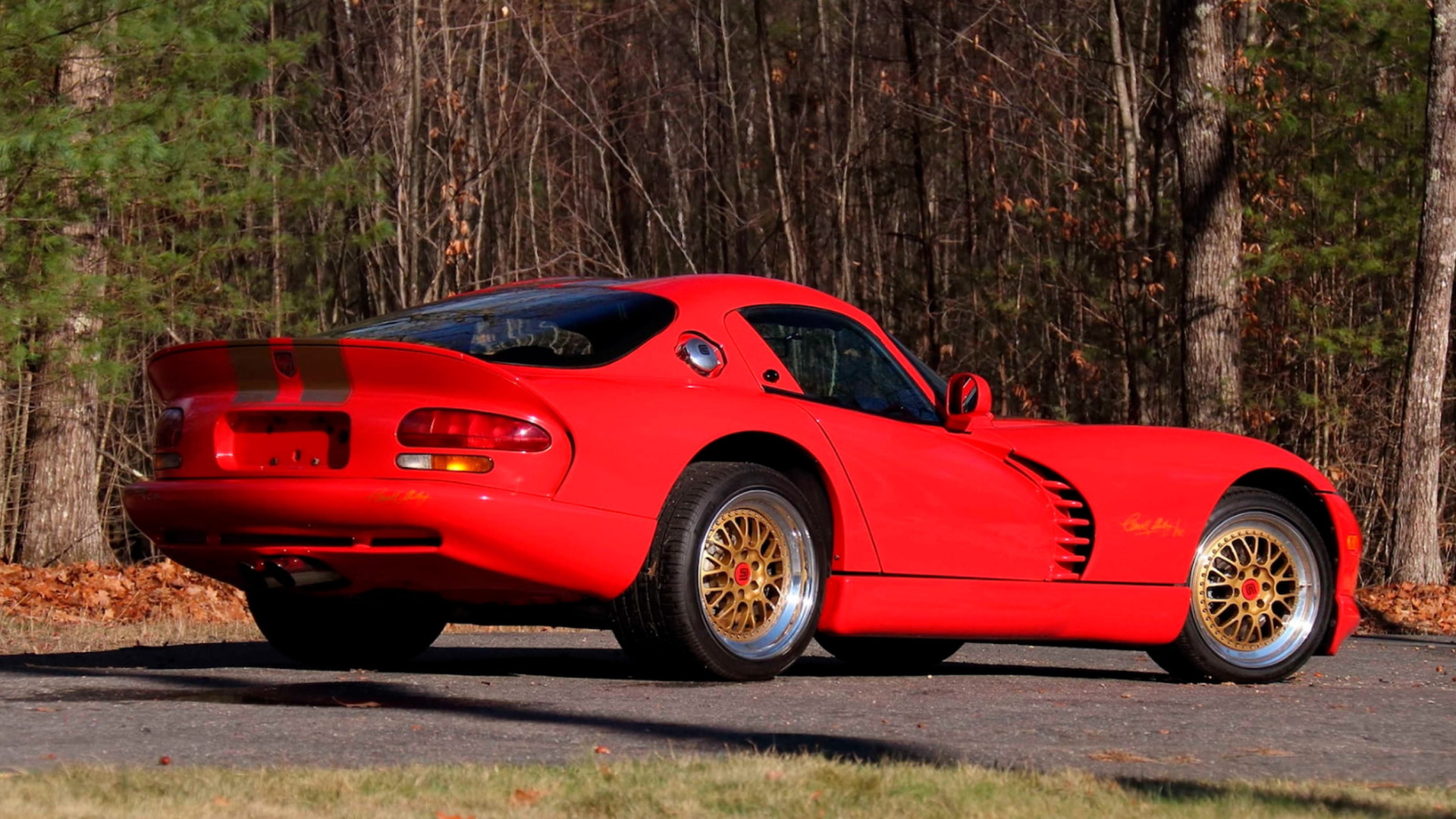 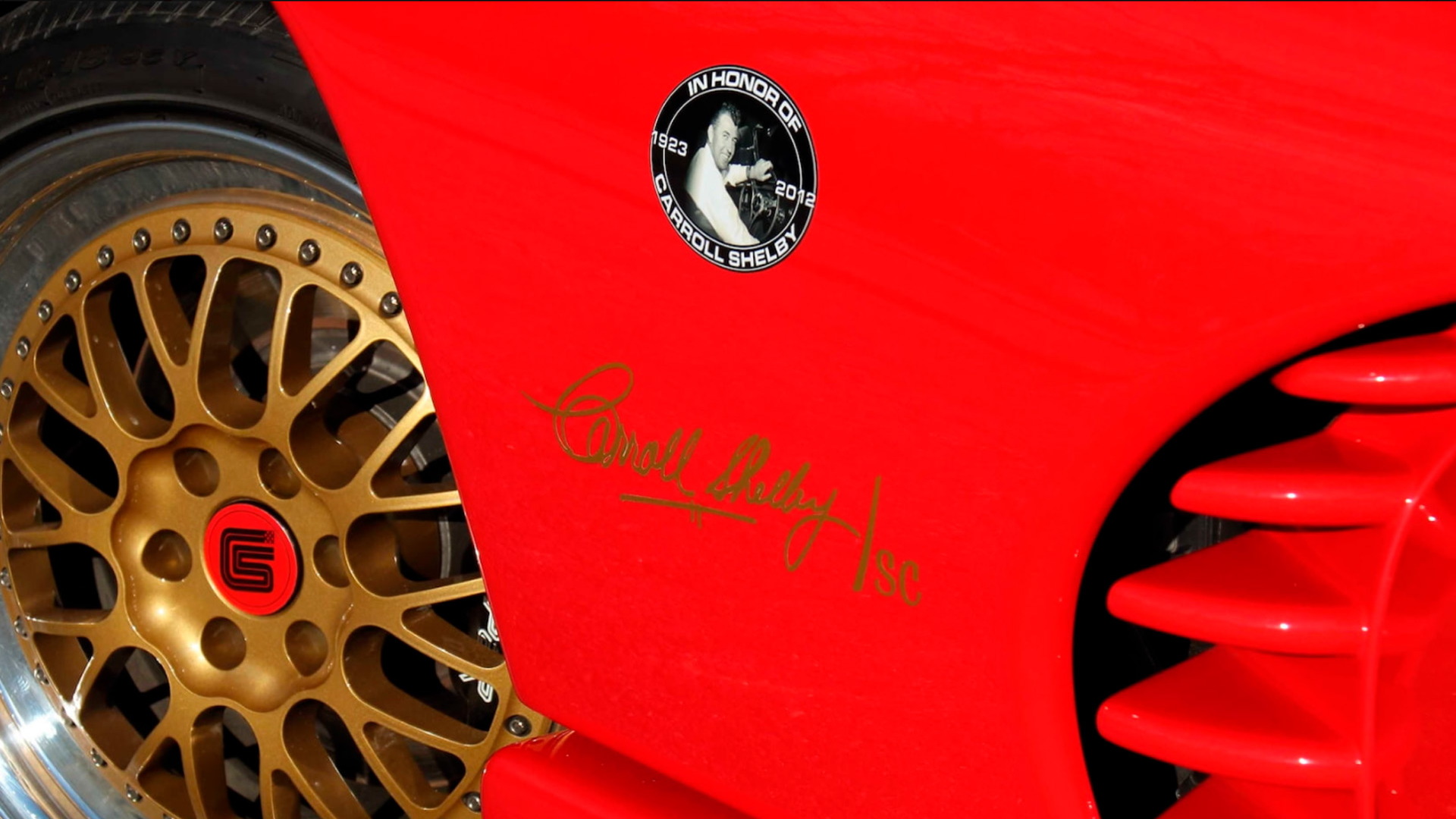 Soon after the launch of the original Dodge Viper in the early 1990s, Carroll Shelby and his friend Dan Fitzgerald of Fitzgerald Motorsports teamed up to build a run of Shelby-tuned examples.

Known as the Dodge Shelby Viper, there were to be 50 all up, split evenly between the Viper's original roadster body and the GTS coupe body that was added in 1996. Unfortunately, due to Shelby's health issues at the time, the planned run was never completed. In the end, just 18 of the roadsters and the one coupe, the prototype you see here, were built.

The Dodge Shelby Viper GTS/CS prototype can now be yours. It was originally sold to help raise funds for the Shelby Heart Fund, and on behalf of its original owner, auction house Mecum will put the car under the hammer at its sale in Kissimmee, Florida, next month. The estimate is somewhere between $200,000 and $225,000.

Modifications to the donor Viper are numerous and include tweaks made to enhance the car's style and performance. For instance, a modified intake and exhaust system for the V-10 under the hood, plus a remapped engine control unit, helped bump power to around 500 horsepower from the stock 415-hp rating. The car was also fitted with a 3.73:1 rear axle ratio in place of the stock 3.07:1 unit, along with racing harnesses for some extra safety.

There were also some styling mods that clearly identify the car. These include the front fender vents, custom 18-inch wheels, and gold badging and stripe package. There were also reproductions of Shelby’s distinctive autograph inside and out.

The auction runs January 7-16 and the car is lot S245. Offered with the sale is a signed letter of authenticity.