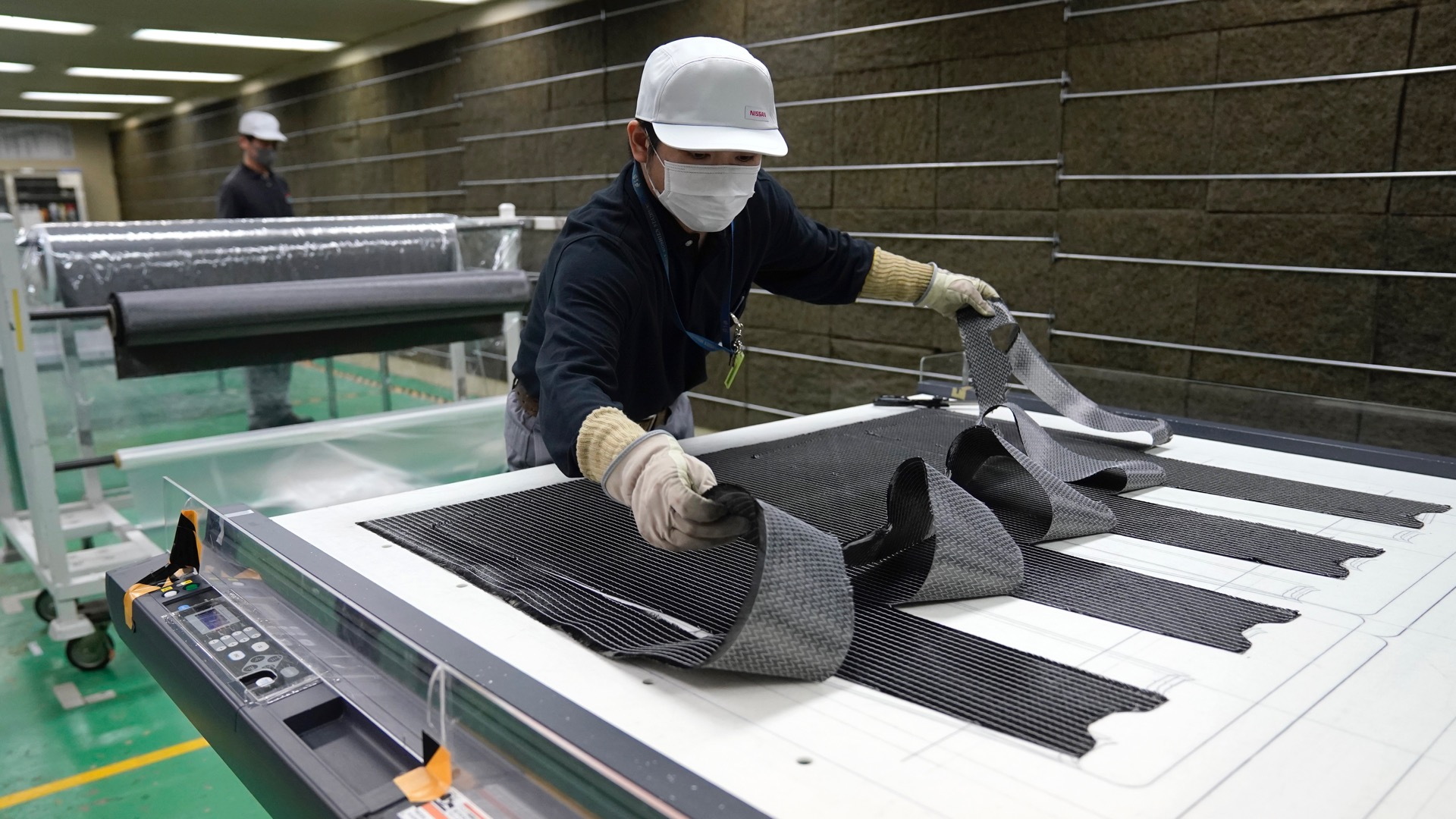 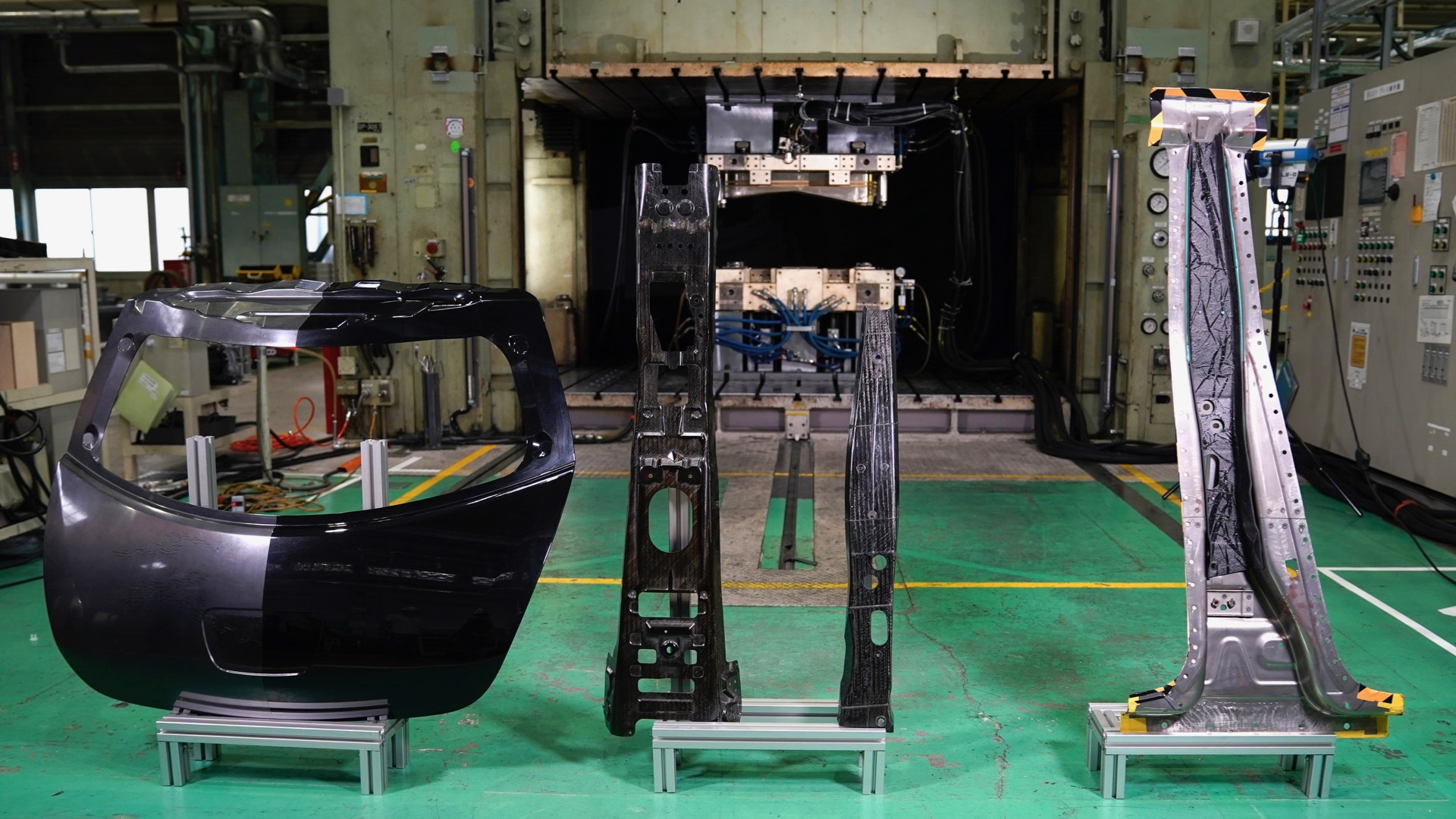 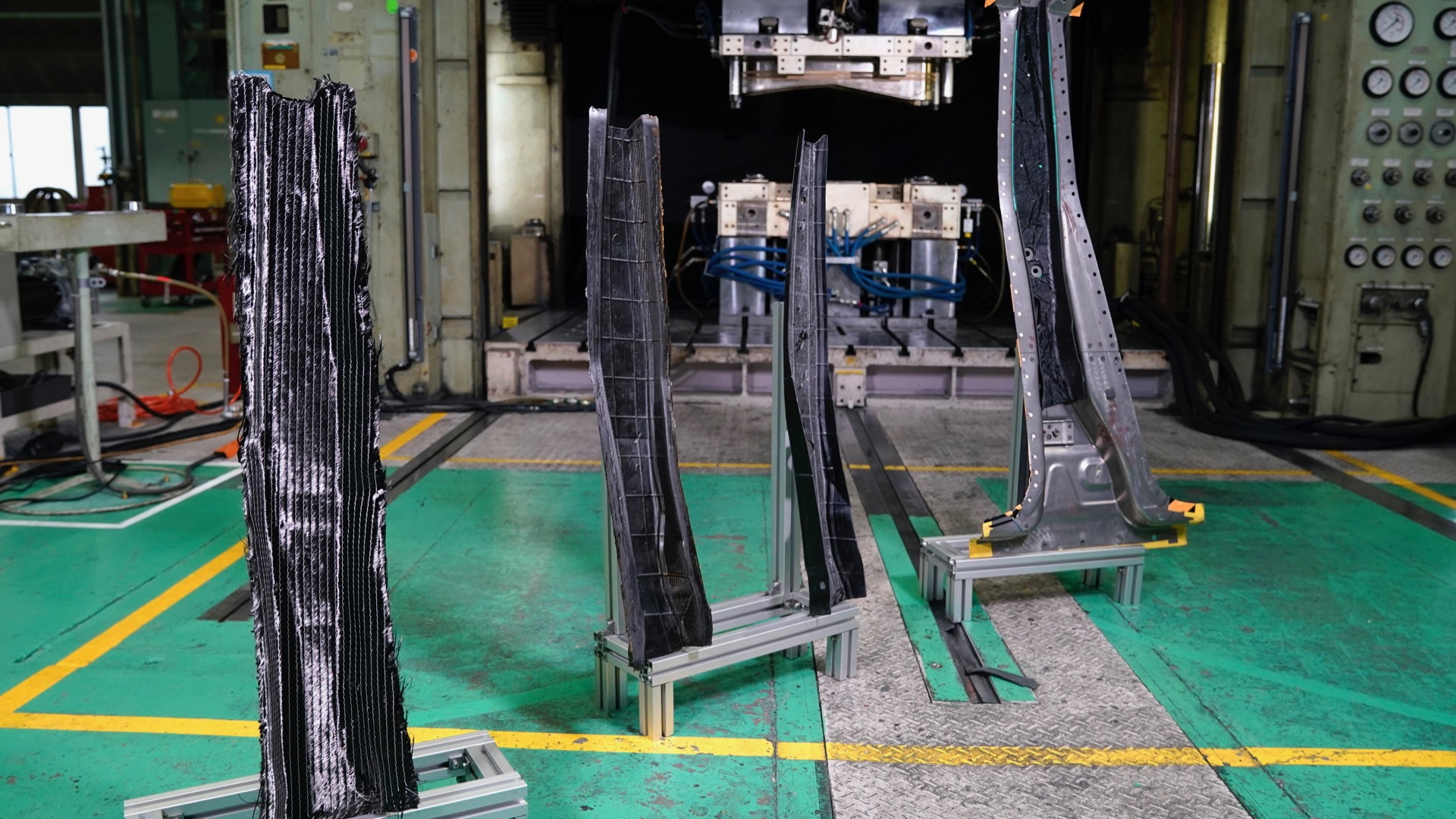 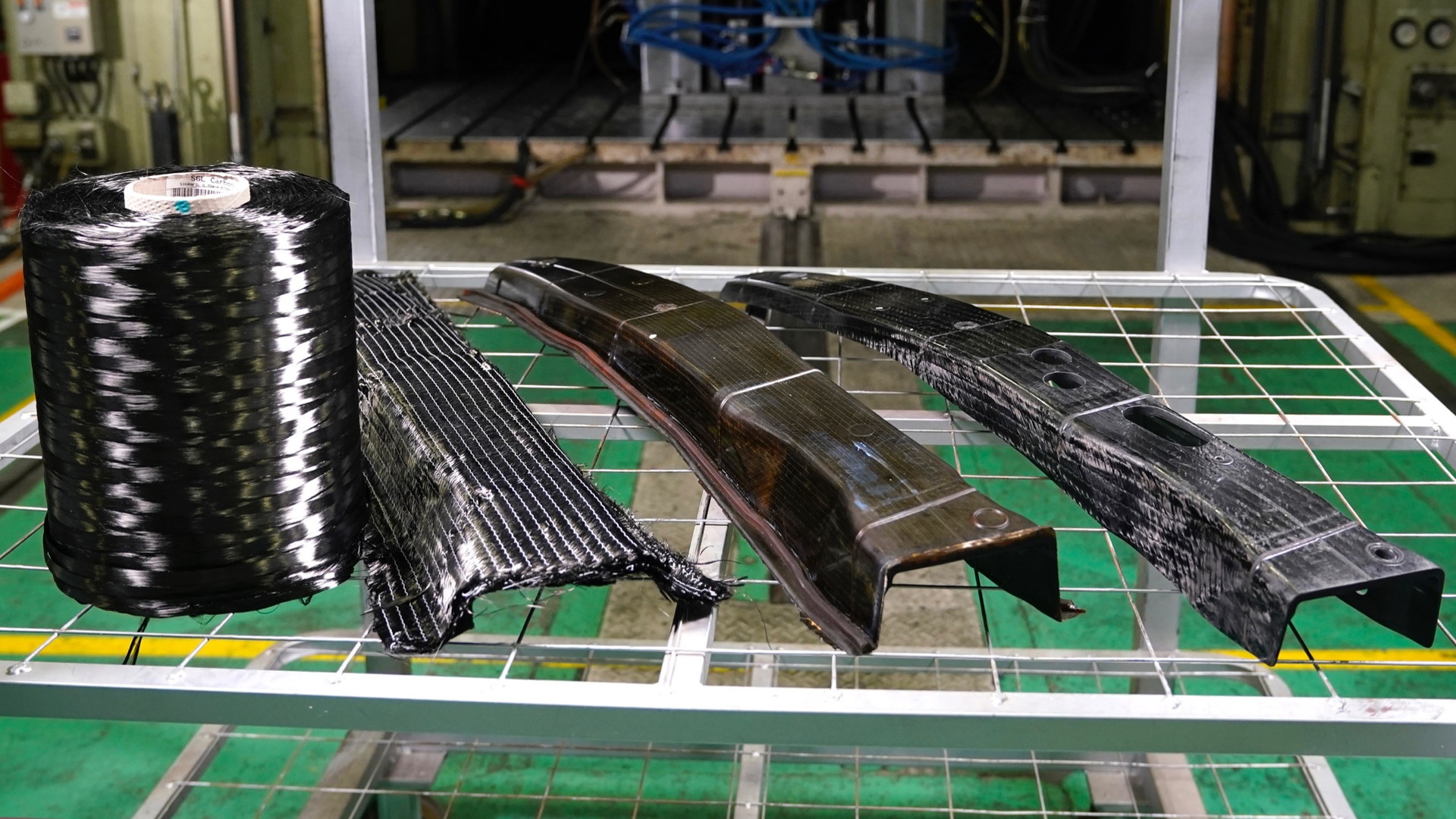 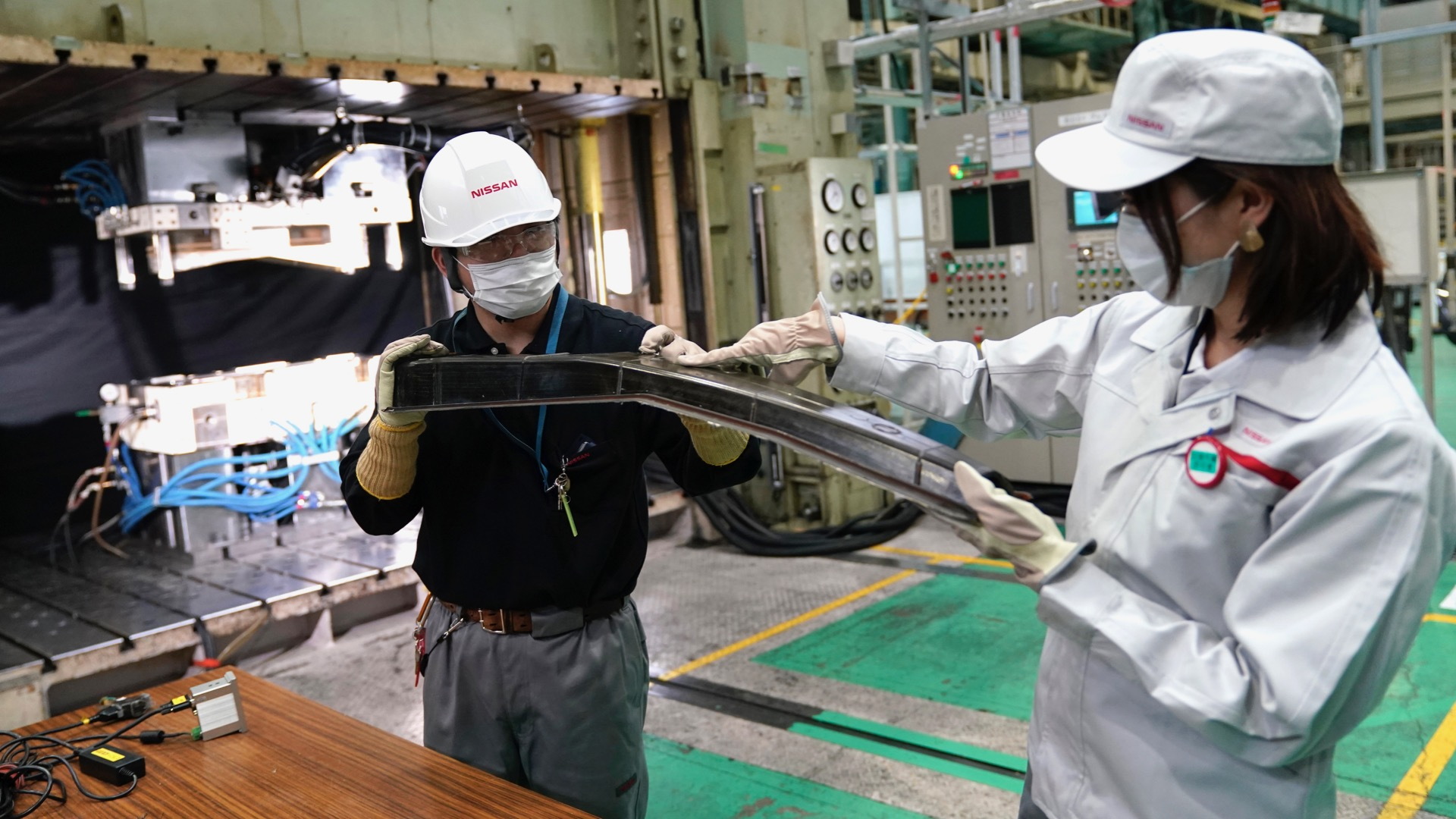 Carbon fiber has been used in race cars and high-end road cars for decades, but the lightweight material is still considered too expensive for mainstream cars, though that may change soon.

Nissan is the latest automaker to attempt to mass produce the material, announcing Wednesday a new production process for carbon fiber-reinforced plastic (CFRP) parts.The new process can cut the lead time for development of new parts by half, and the cycle time for molding parts in production by about 80% compared to conventional methods, Nissan said.

Compared to other materials, carbon fiber is fairly labor intensive to work with. Most conventional production methods involve bonding sheets of the material together with resin, and then molding it into the proper shape. This has to be done largely by hand, and requires extra time for the resin to cure.

Combining carbon fiber with plastic to make CFRP, streamlines the process somewhat, and has been used by BMW in body shells for the i3 electric car and recently discontinued i8 plug-in hybrid. A host of other automakers also use CFRP for low-volume parts.

Nissan is taking things a step further with a method called compression resin transfer molding. This involves use of computer simulations to estimate how resin will behave in a mold. Grooves can then be cut into the mold to ensure resin gets to the right places, allowing for greater consistency and less guesswork.

Nissan did not discuss a timeline for the introduction of CFRP parts in production cars, but the automaker has plenty on its plate already. It's undertaking a thorough refresh of its lineup, with several new models, including a next-generation Z sports car and the Ariya electric crossover. But Nissan is also facing major financial issues, and is trying to cut costs as part of its turnaround.