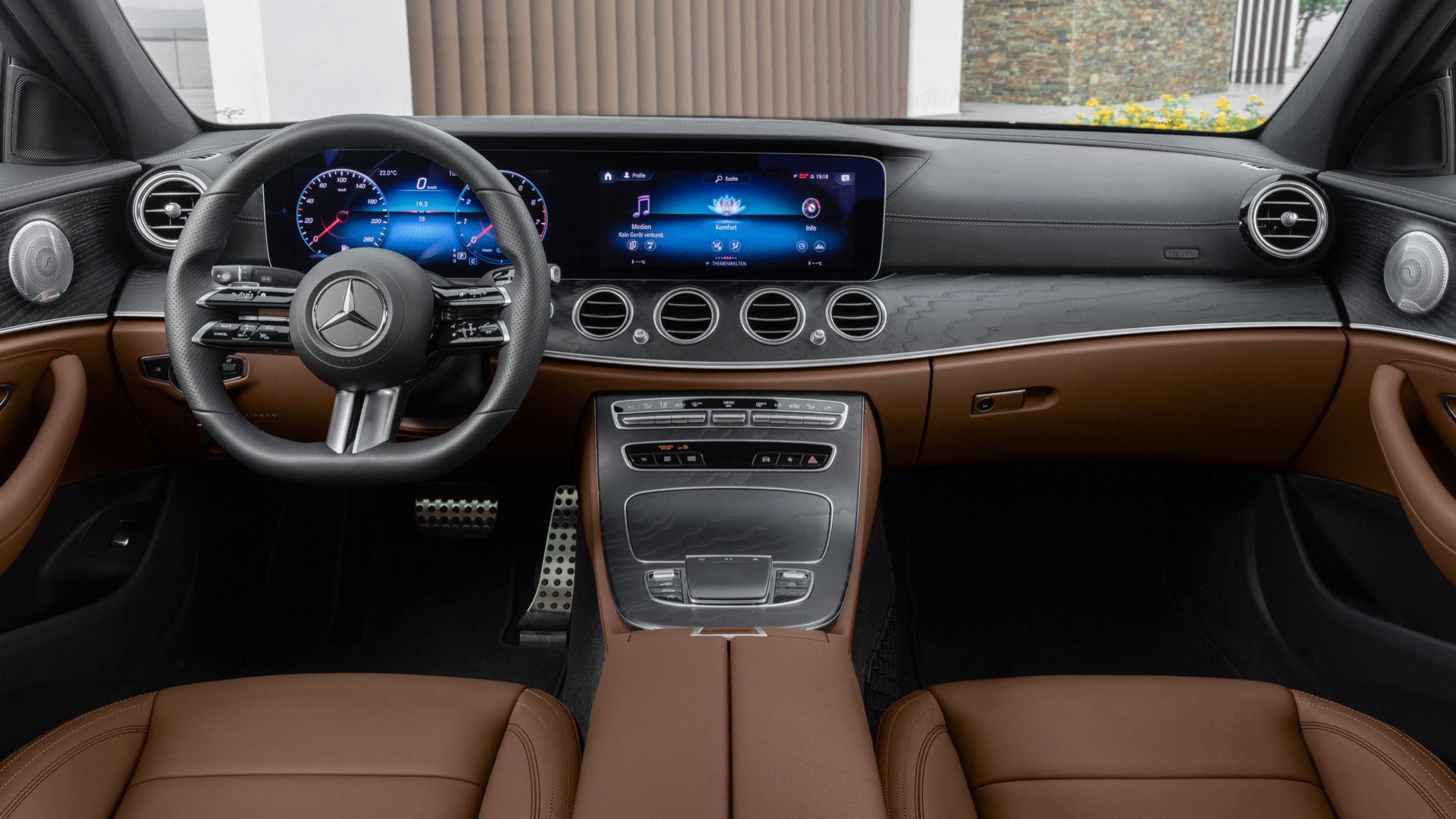 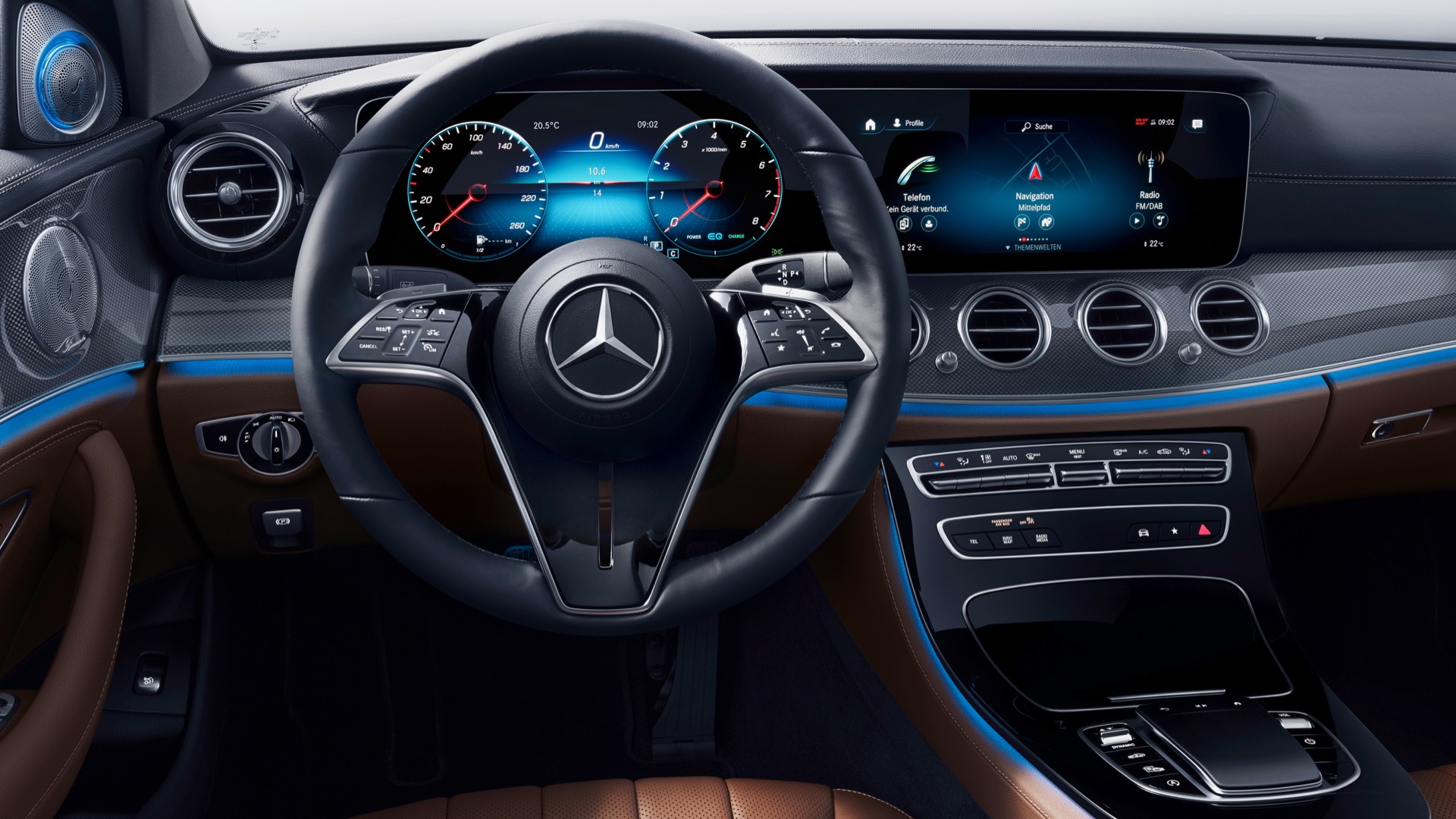 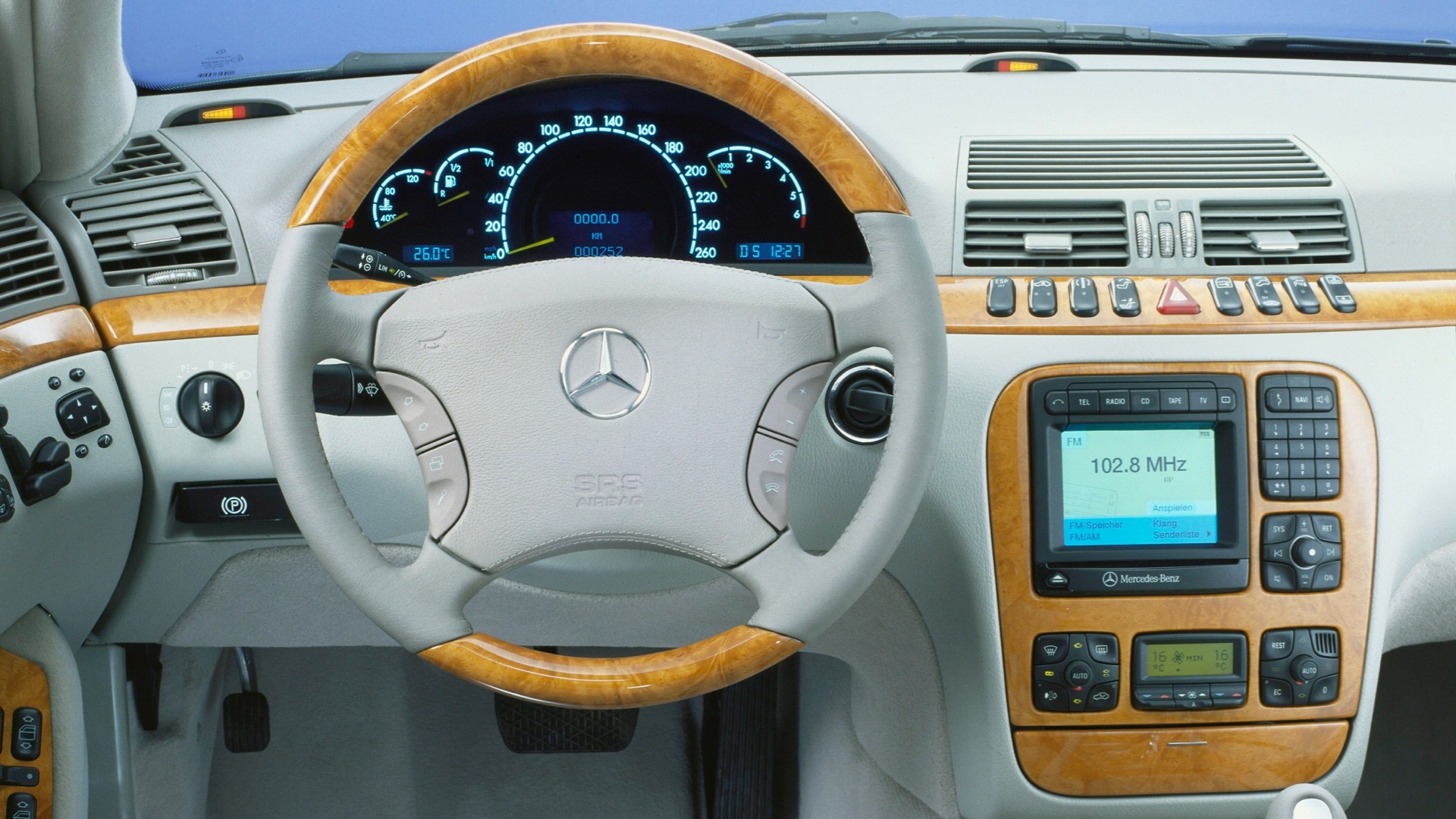 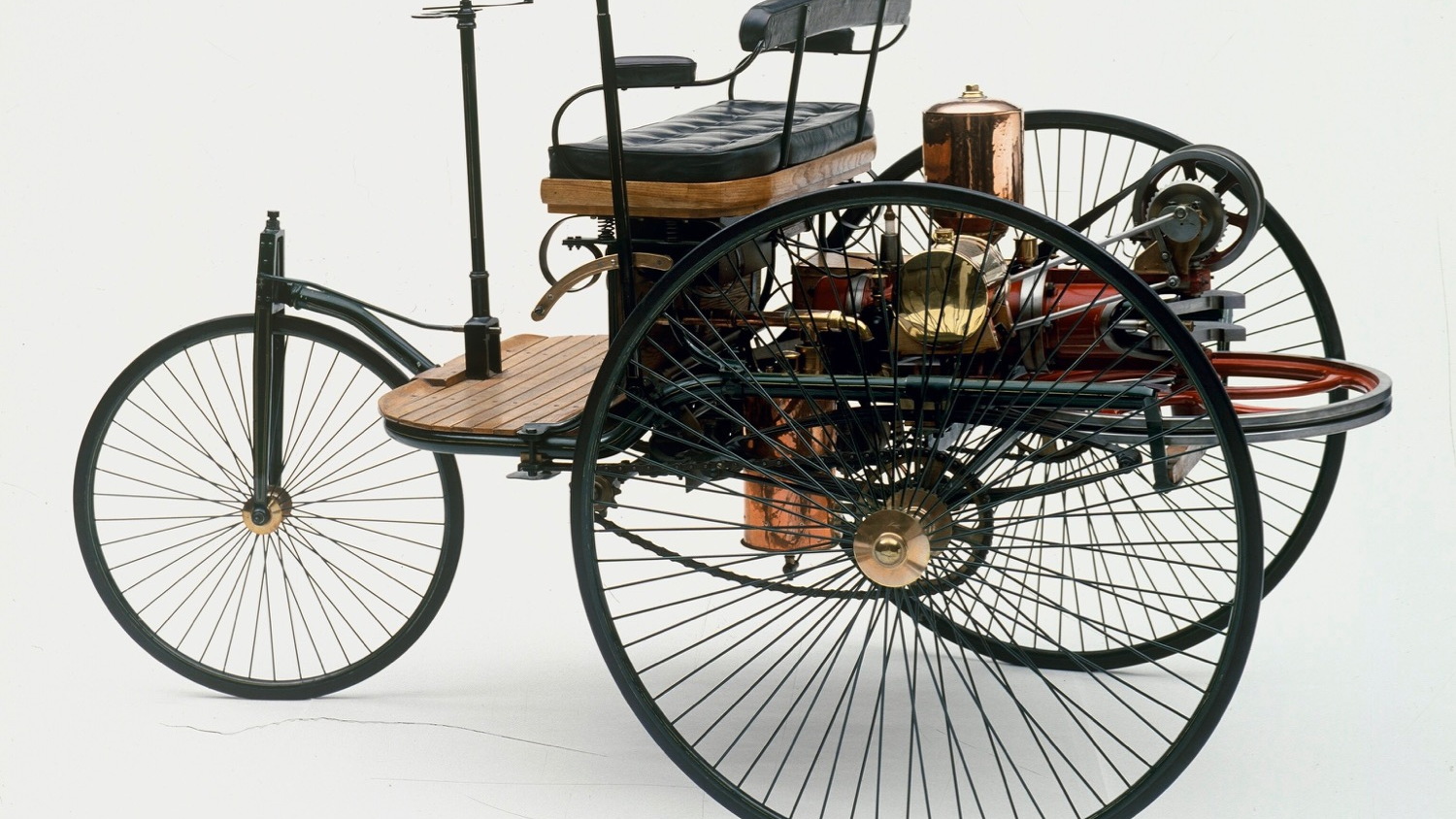 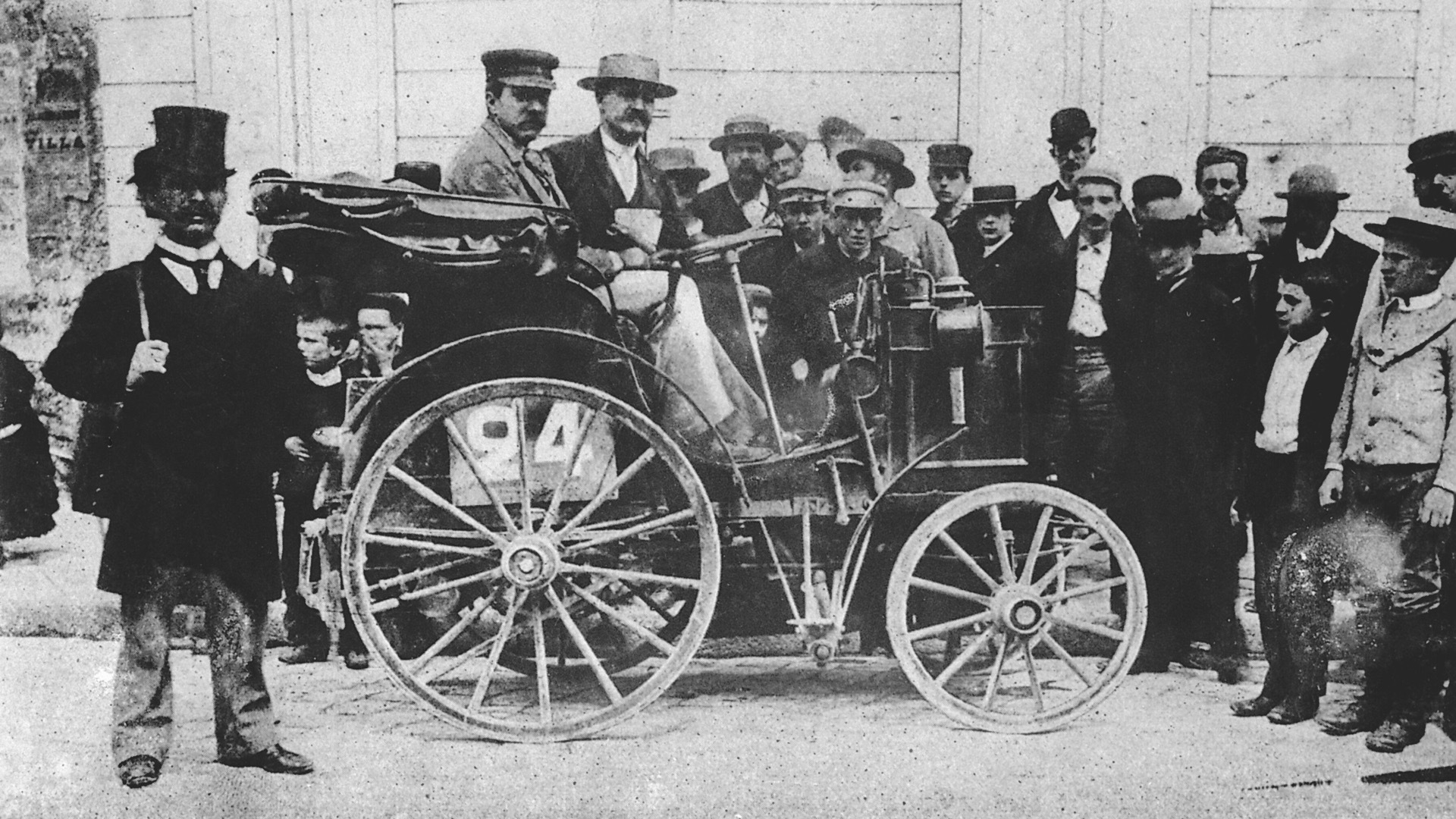 Modern steering wheels do more than control which direction a car goes. They're festooned with buttons that drivers can use to make phone calls or change radio stations. But the first cars didn't even have steering wheels, as you're about to learn.

The 1886 Benz Patent Motorwagen—generally considered to be the first true automobile—used a tiller instead of a steering wheel. Many other early cars followed the Benz's example.

The steering wheel didn't arrive until 1894, when French engineer Alfred Vacheron was looking for an advantage in that year's Paris to Rouen race. Figuring that a steering wheel would provide more precise control, he installed one on his Panhard et Levassor. Vacheron didn't win the race, finishing 11th, but the steering wheel was here to stay.

Daimler adopted steering wheels in 1900 with the Phoenix. And just like modern cars, vehicles at the turn of the 20th century had steering wheel-mounted controls, but instead of infotainment functions, they controlled things like ignition timing.

Steering wheels changed their look over the ensuing decades, gaining and losing horn rings, and adding power assist and airbags. Chevrolet designers fitted the mid-engine C8 Corvette with a square wheel, while Infiniti uses a steer-by-wire system with no physical connection between the steering wheel and the road.

Mercedes began adding buttons to its steering wheels in 1975, when cruise control became standard equipment on the 450 SEL 6.9 sedan. That evolved into what the automaker calls its first "multifunction" steering wheel, which debuted as part of the first-generation COMAND infotainment system on the W220-generation S-Class in 1998.

Mercedes added small touchpads to the steering wheel of the 2016 E-Class, and is taking things even further with the mid-size car's 2021 model year refresh. A two-zone sensor mat detects whether the steering wheel is being held, something that needs to be monitored in the age of sophisticated driver aids. Touchpads are also now capacitive, just like on a smartphone.

The much-discussed arrival of autonomous driving may mean the end of steering wheels but, for now, they represent valuable dashboard real estate for automakers looking to integrate complex tech features.