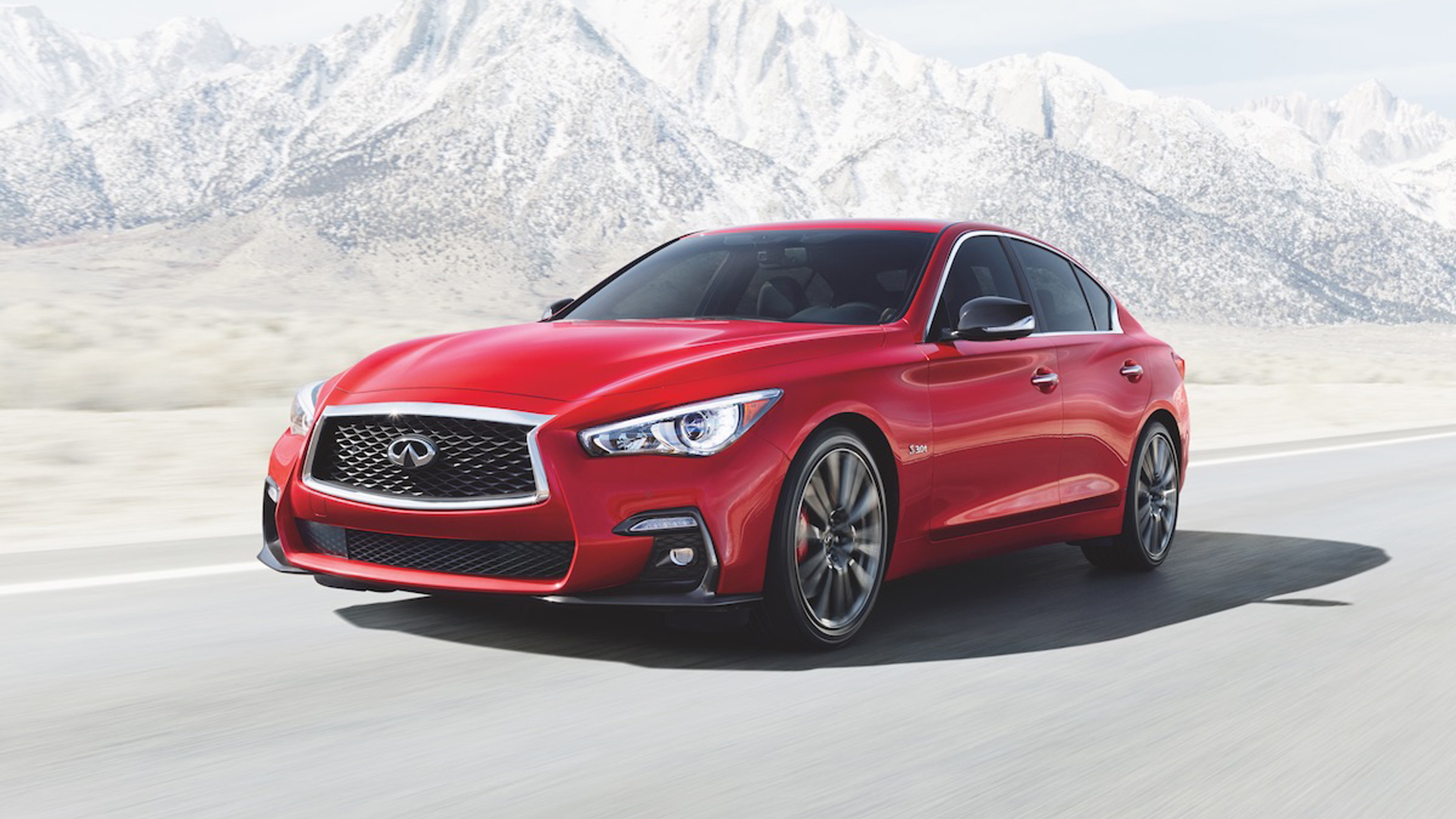 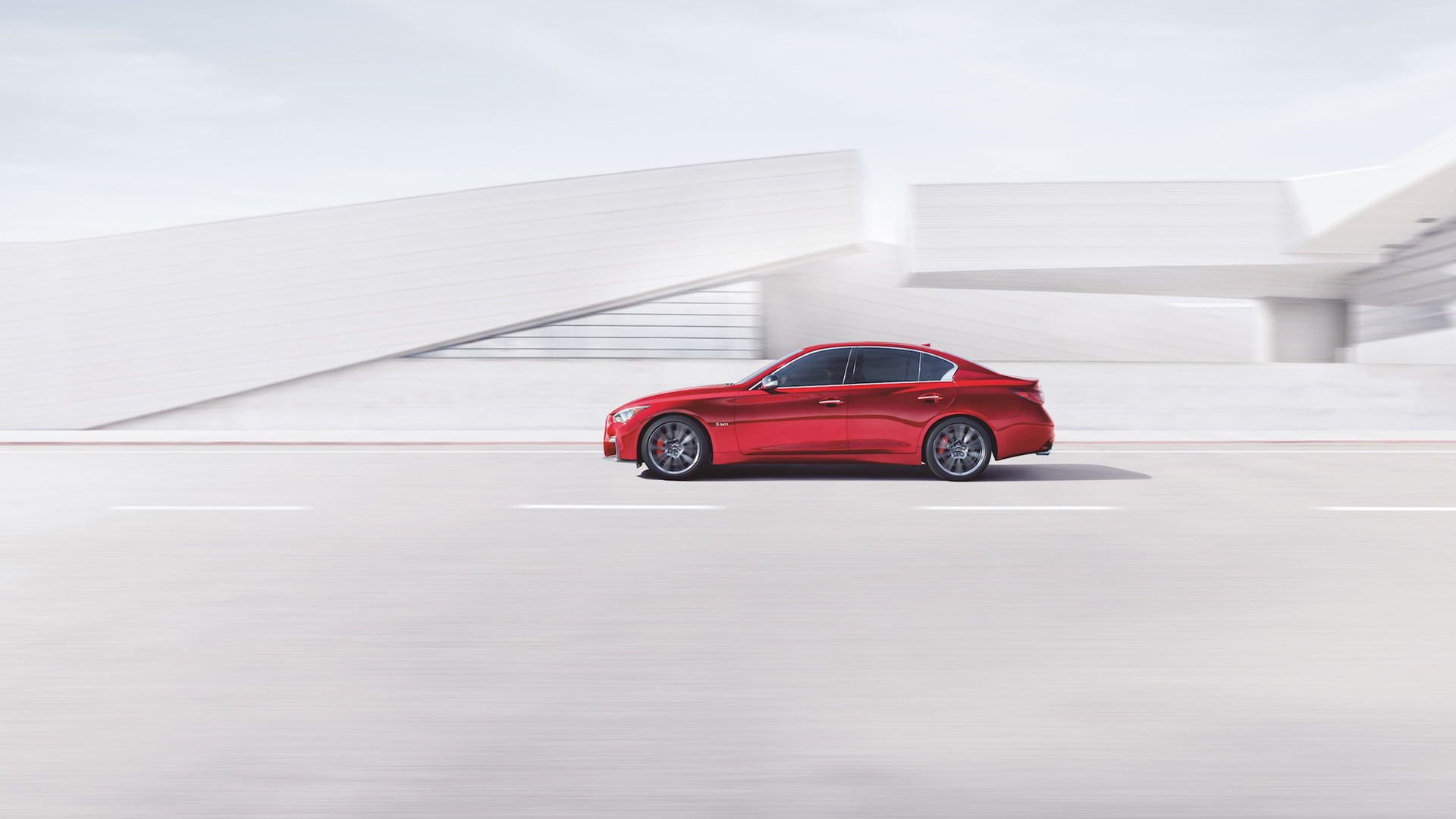 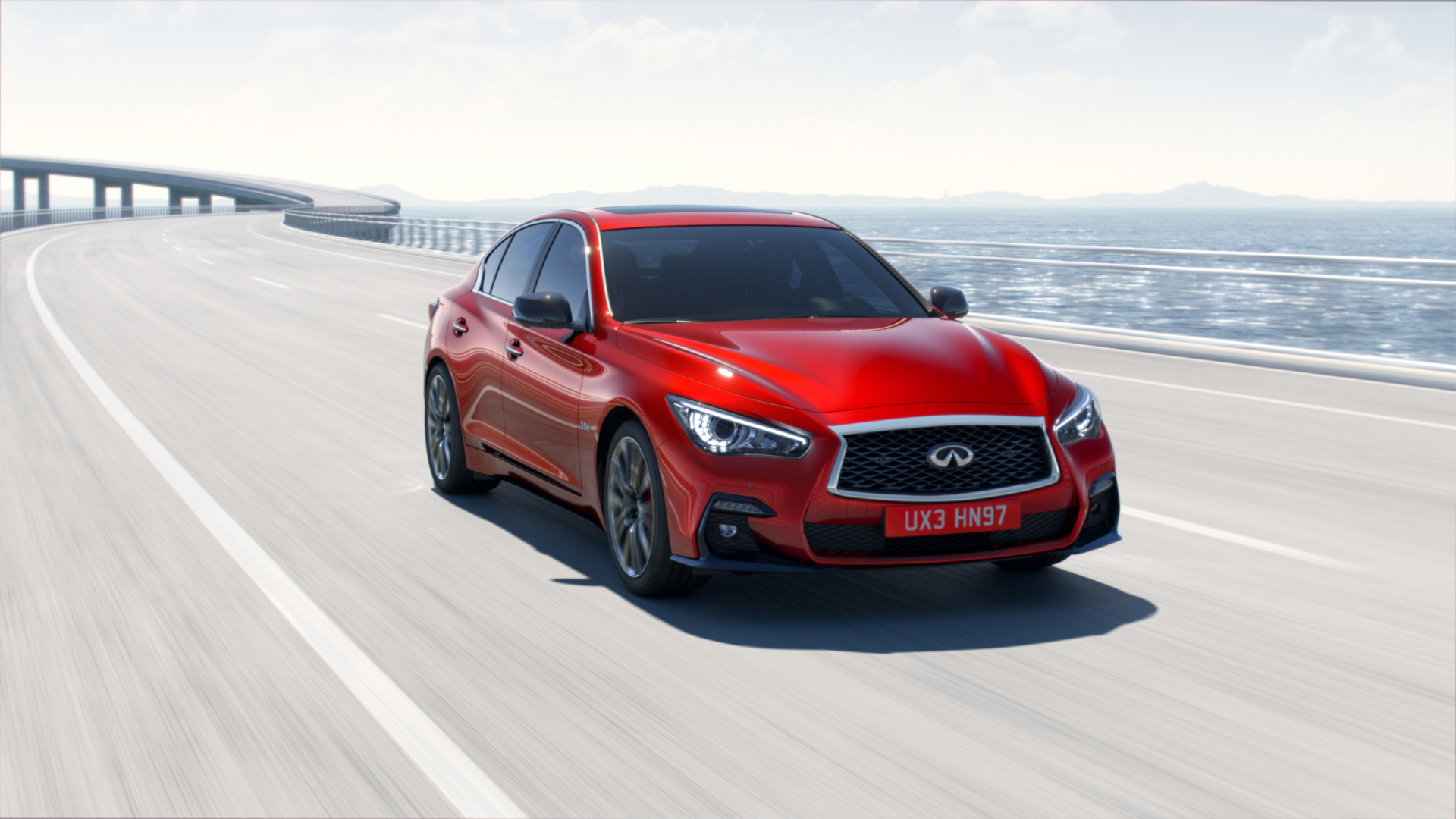 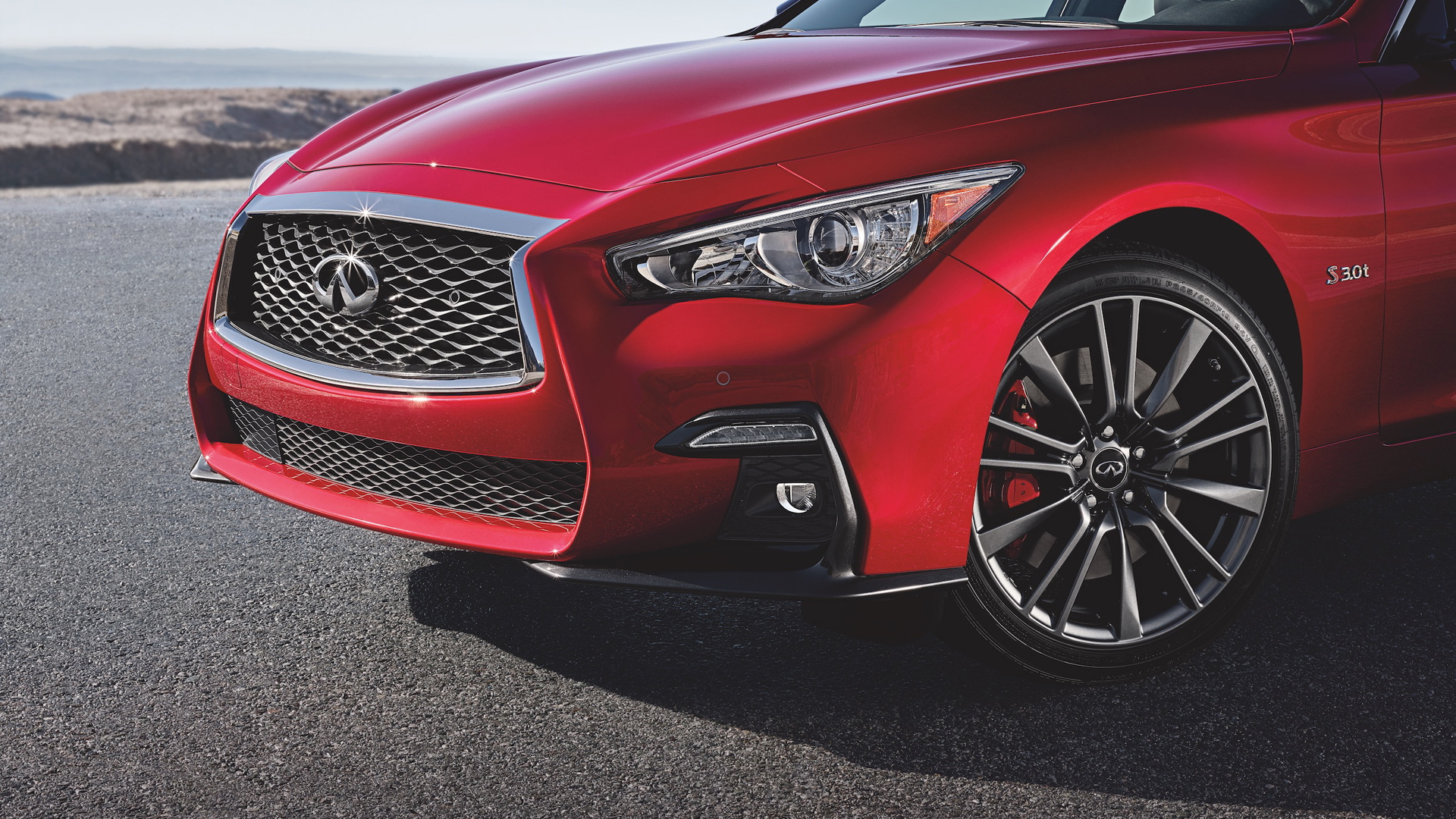 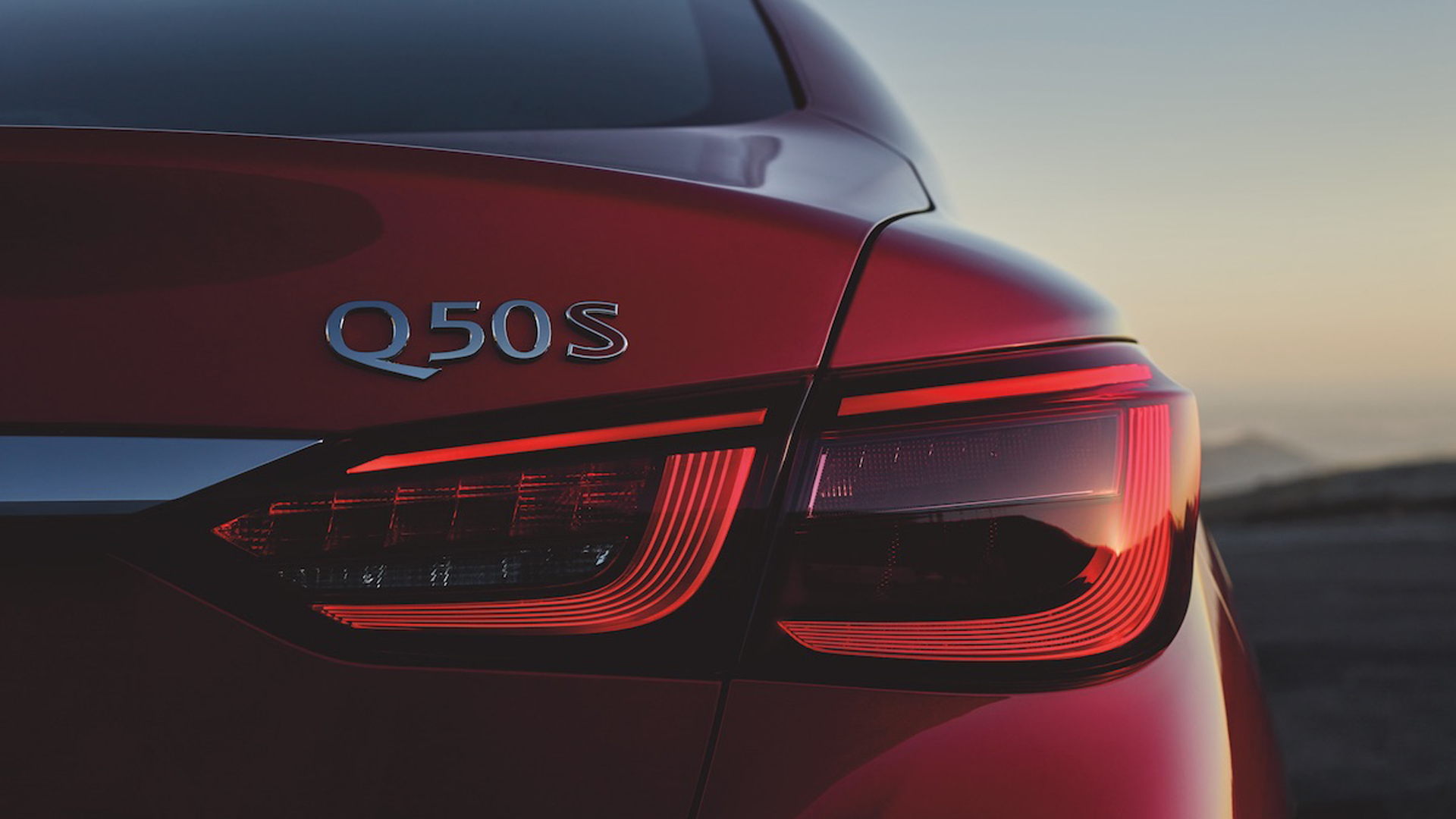 Infiniti ditched the Q50's two-liter turbo-4 for the 2020 model year and made its 300-horsepower, turbocharged V-6 standard, the company has officially confirmed. The move is the latest of many shake-ups in Nissan's premium brand, which is currently undergoing a realignment in the face of slowing sales.

The move eliminates two models from the Q50 lineup: the 2.0t Pure and 2.0t Pure AWD. They have been replaced by new 3.0t trims using the same trim nomenclature (Pure and Pure AWD), with the latter starting at just $750 more than the 2.0t Pure it replaces. This also allows buyers to get into a V-6 for $2,000 less than a year ago.

Infiniti further consolidated the Q50 lineup by eliminating the 3.0t Signature Edition models, which were offered in both rear- and all-wheel drive. This has the net effect of reducing the total number of available Q50 trims from 10 to eight.

Infiniti is expected to purge more slow-selling models from its U.S. lineup. As of the end of August, its sales for the year were down nearly 13 percent compared to the first eight months of 2018. Only its QX60 and QX80 SUVs have held steady so far in 2019, while nearly every other model—including the soon-to-be-discontinued QX30—is down by at least 25 percent.

As part of a global restructuring effort, Nissan announced in March that Infiniti will be withdrawn from the Western European market in early 2020. A transition plan is in the works to keep maintenance facilities open for existing owners.

The company said the move would allow resources to be channeled to Infiniti's most valuable markets, where electrification has become a priority for investment.