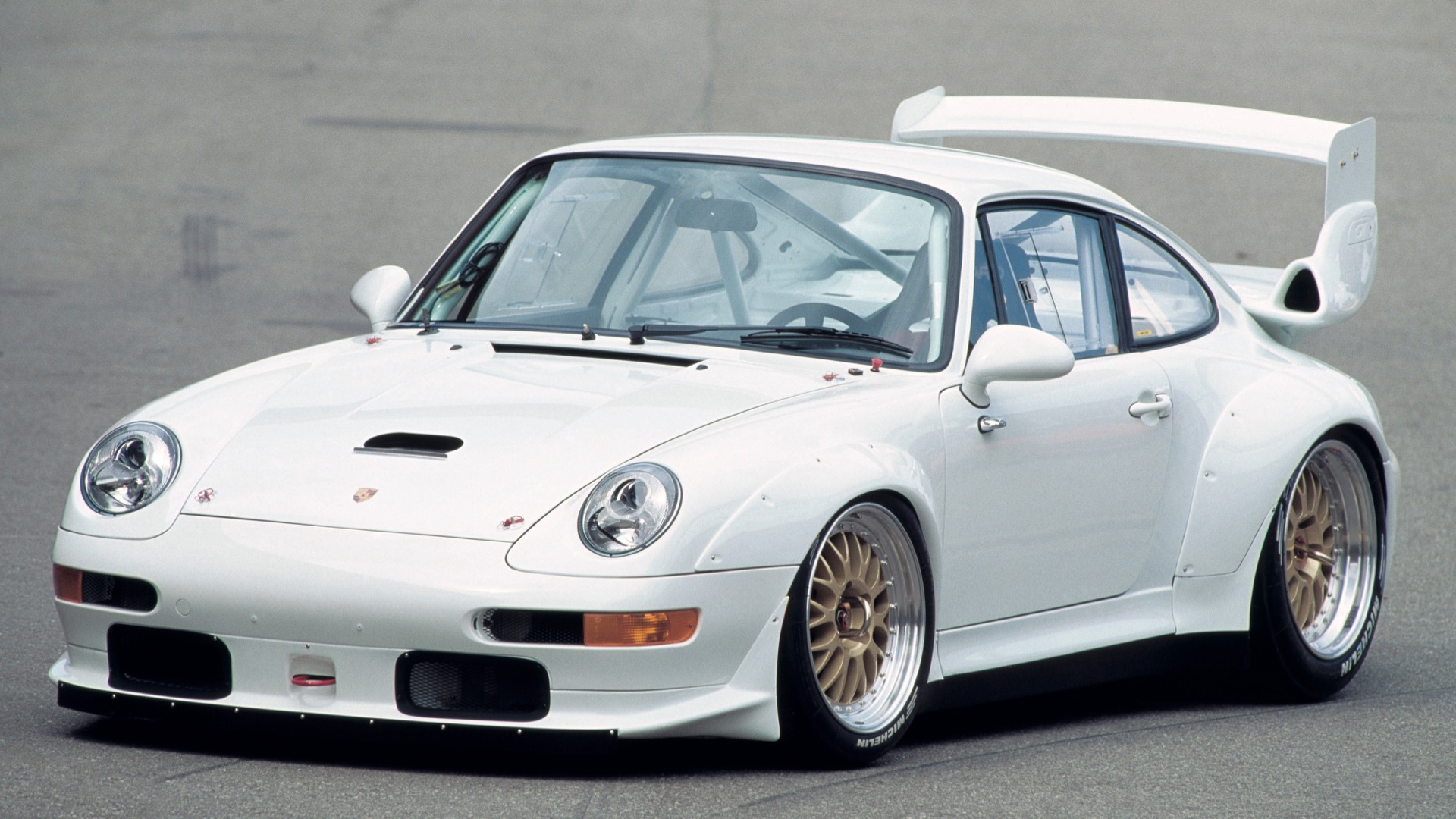 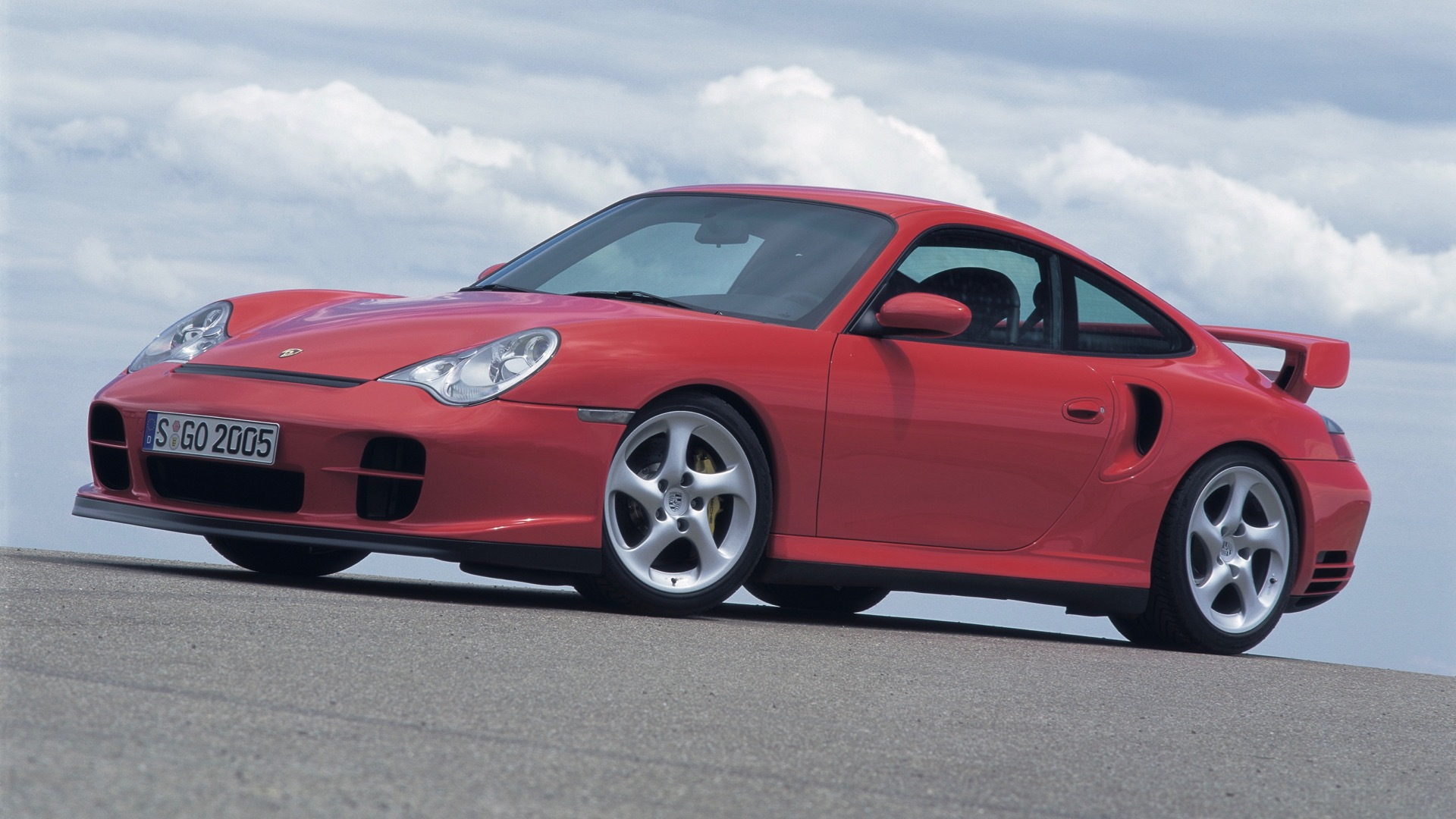 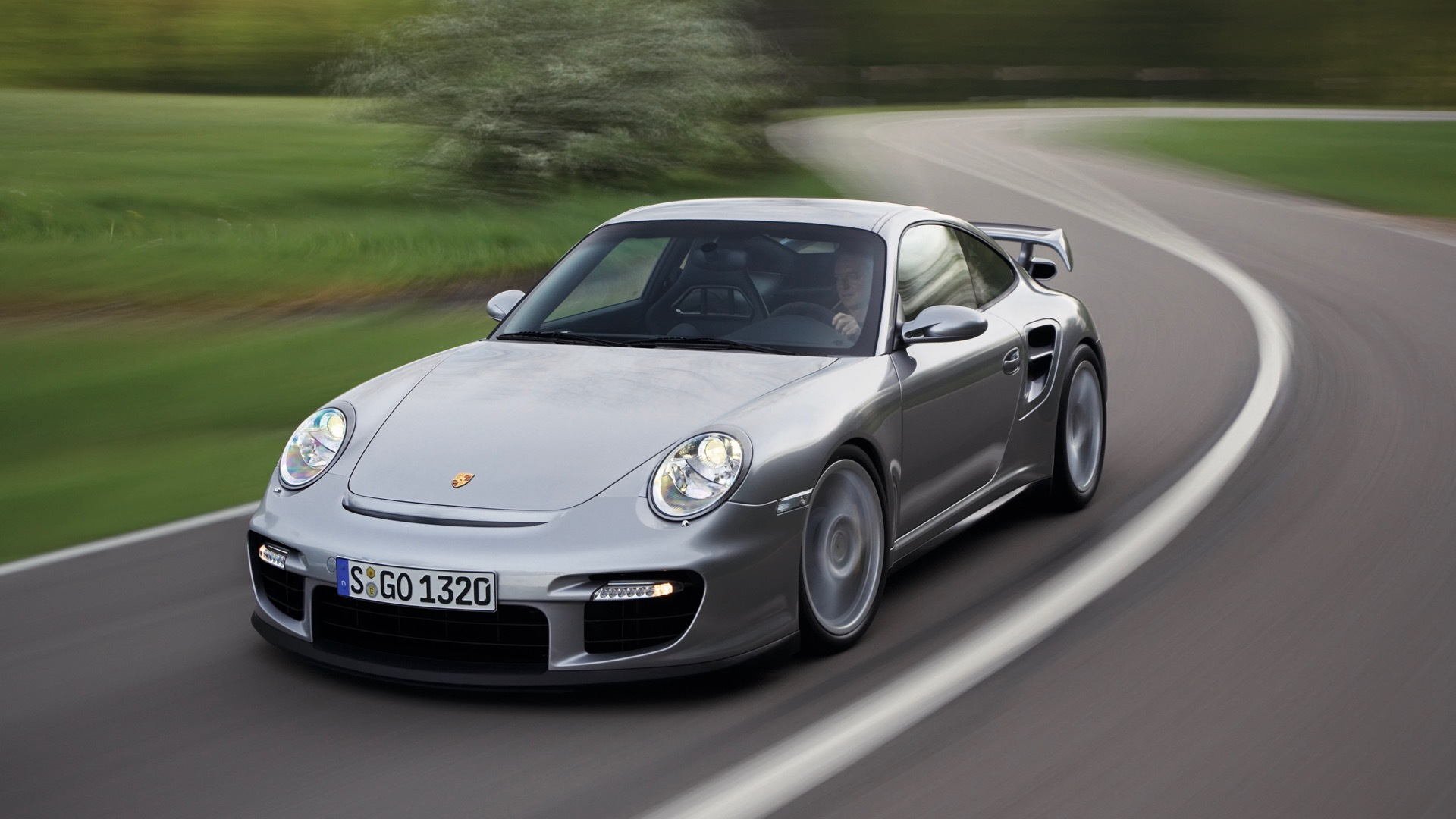 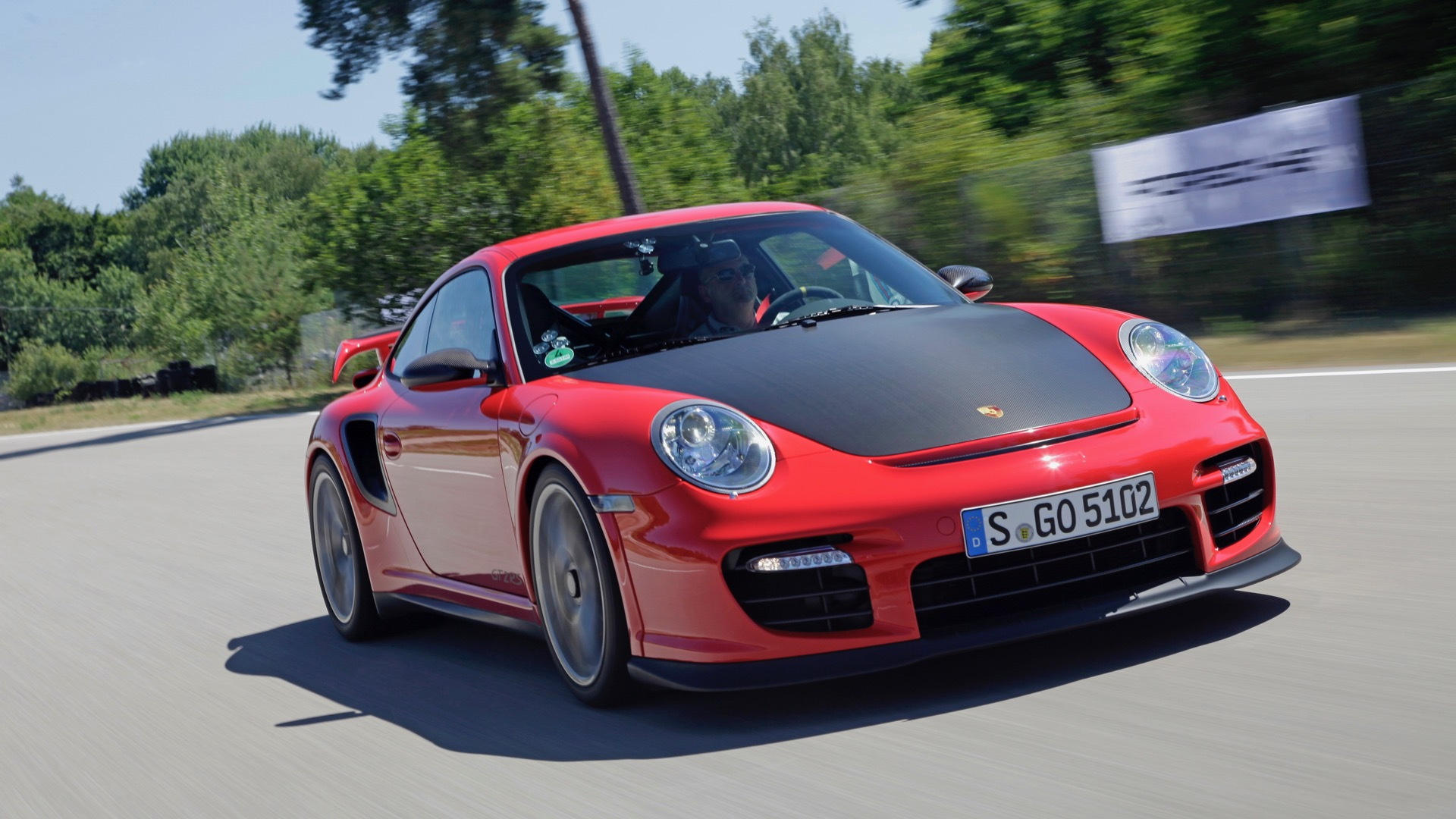 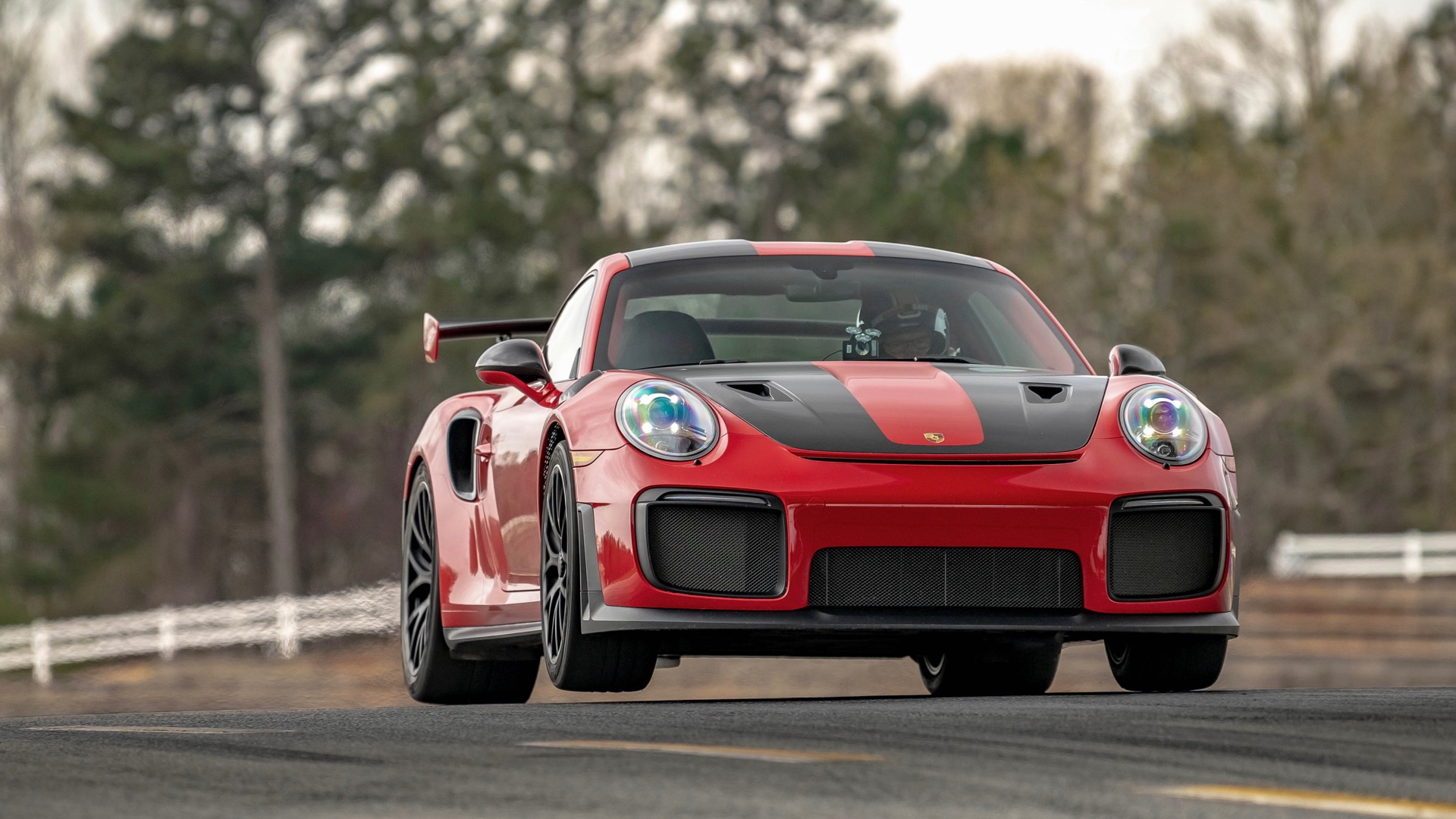 The Porsche 911 has always been a fantastic sports car, but the GT2 made it something more. This year, the GT2 celebrates 25 years of terrorizing supercars (and some of its own drivers), so Porsche offered a retrospective on Monday.

Launched in 1995, the GT2 was originally conceived as a racing homologation special for the GT2 class, arguably the top class for production-based cars at the time (depending on whether you classify contemporary low-volume GT1 specials as "production").

The original 993-generation GT2 set the template for all models that followed. It used the twin-turbocharged flat-6 engine from the 911 Turbo, but with rear-wheel drive instead of all-wheel drive. This saved weight, but also made handling more unruly. The 993 GT2's 3.6-liter flat-6 developed 423 horsepower and 398 pound-feet of torque, and was coupled to a 6-speed manual transmission that routed the power through a limited slip-differential. The GT2 also got racing-inspired bodywork, including fender flares, a massive rear wing, and engine-air intakes.

Larger turbochargers boosted output to 443 hp and 431 lb-ft for the 1998 model year. Boasting a top speed of 186 mph, only 21 of these cars were made. They were among the highest-performance air-cooled 911s to leave the factory.

The 2001 model year saw the arrival of the second-generation GT2, based on the 996, the first water-cooled 911. It once again used the 3.6-liter twin-turbo flat-6 from the 911 Turbo, this time making 456 hp and 457 lb-ft of torque. This version was able to hit 195 mph, according to Porsche, and its 6-speed manual was available with track-specific ratios for gears 3 through 6.

The 996 was supplanted by the 997 for 2005, with the GT2 version arriving in 2007. Styling changed, adopting a more traditional look, but a 3.6-liter twin-turbo flat-6 was still nestled under the rear wing. The 997 GT2 produced 530 hp and 505 lb-ft of torque. It was the first GT2 with a factory-quoted top speed in excess of 200 mph, at 204 mph. The 997 also introduced variable-geometry turbos to reduce lag and a titanium rear muffler to shave pounds.

The 997 also represented the first attempt to tame the GT2. No longer a stripped-down race car, the 997 GT2 featured more creature comforts and safety equipment (it was the first GT2 with traction control and stability control, needed to meet stricter regulations). Consequently, it weighed in at 3,175 pounds, compared to 2,844 pounds for the 993 GT2.

To tip the scales further back toward performance, Porsche introduced the first GT2 RS. The idea was to build a 911 GT3 RS, but with a turbocharged engine, in this case making 620 hp and 516 lb-ft of torque. Porsche also stripped out some sound deadener and used lightweight materials like carbon fiber to reduce weight. Customers could also delete the infotainment system and air conditioning.

When the 991-generation 911 replaced the 997, Porsche dropped the standard GT2 and produced only the RS version. A 3.8-liter twin-turbo flat-6 made 691 hp, allowing for 0-60 mph in 2.7 seconds and a top speed of 211 mph, according to Porsche. However, the manual transmission was long long, replaced by a dual-clutch automatic. The GT2 RS set a Nürburgring production-car lap record in 2017, but was eventually beaten by the Lamborghini Aventador SVJ.

The last GT2 RS was introduced fairly late in the 991's lifecycle, so it may be awhile before we see a new version based on the current 992-generation 911. If past GT2s are any indication, it should be worth the wait.