In the 1990s, 15-inch wheels were the norm and 18s were reserved for only the most-potent sports cars. Now automakers produce vehicles with wheels as large as 23 inches. While some automaker's might go larger, Audi won't even though it has 23s on the 2020 RS Q8.

"Package wise, I would say this is definitely close to the limit," Audi design boss Marc Lichte told Motor Authority.

Wheels larger than 23 inches "make no sense" as vehicle footprints won't get bigger, Lichte said. Audi's push toward electrification will either keep vehicles the same size or make them smaller as the packaging of all-electric vehicles allows for larger interiors.

Electrification and electric cars will take time to roll out at Audi, so large wheels, such as the 23-inch steamrollers on the RS Q8, could stick around for the next five years, according to Lichte.

While some argue that 23-inch wheels compromise ride quality (raises hand), Lichte noted that designers always sketch cars with big wheels. As such, he's happy to see they made it to production on the RS Q8. Many details from design sketches, including large wheels, are often left on the sketch pad in the transition to production for reasons such as cost, driveability, and practicality.

To highlight the fact that RS models are at the top of the food chain, Audi makes sure each offers wheels at least 1-inch larger than those of lesser models. The largest wheel available from the factory on the A6 is an optional 21, but the 2020 RS 6 Avant starts with 21-inch wheels and can be optioned with 22-inch wheels. 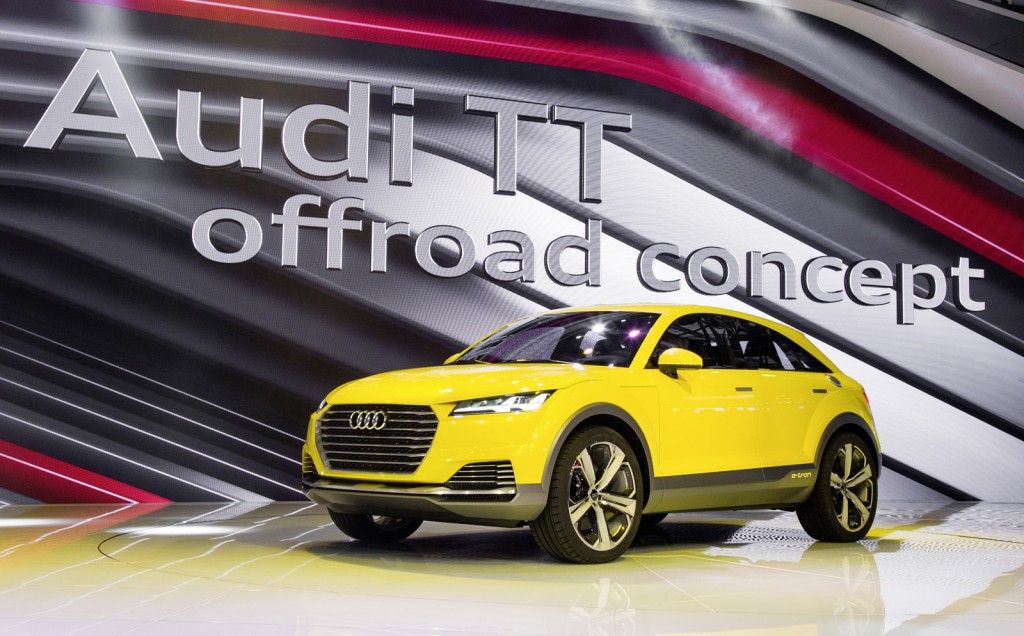 Lichte also addressed rumors of the TT morphing into an all-electric crossover. He said it's still early to talk about the next-generation TT or its successor, but gave a timeline of 2-4 years before we might see what a TT successor could be.