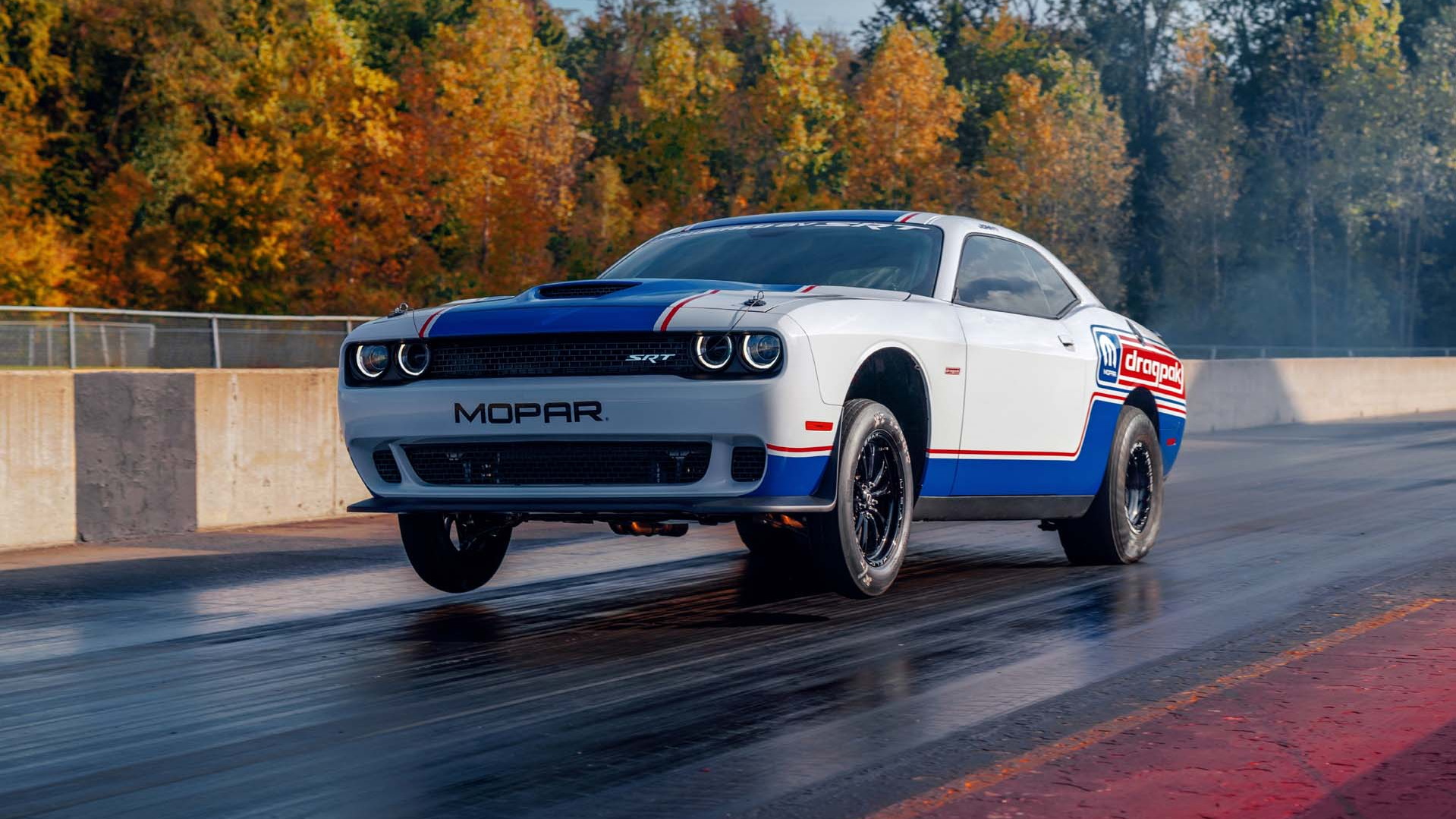 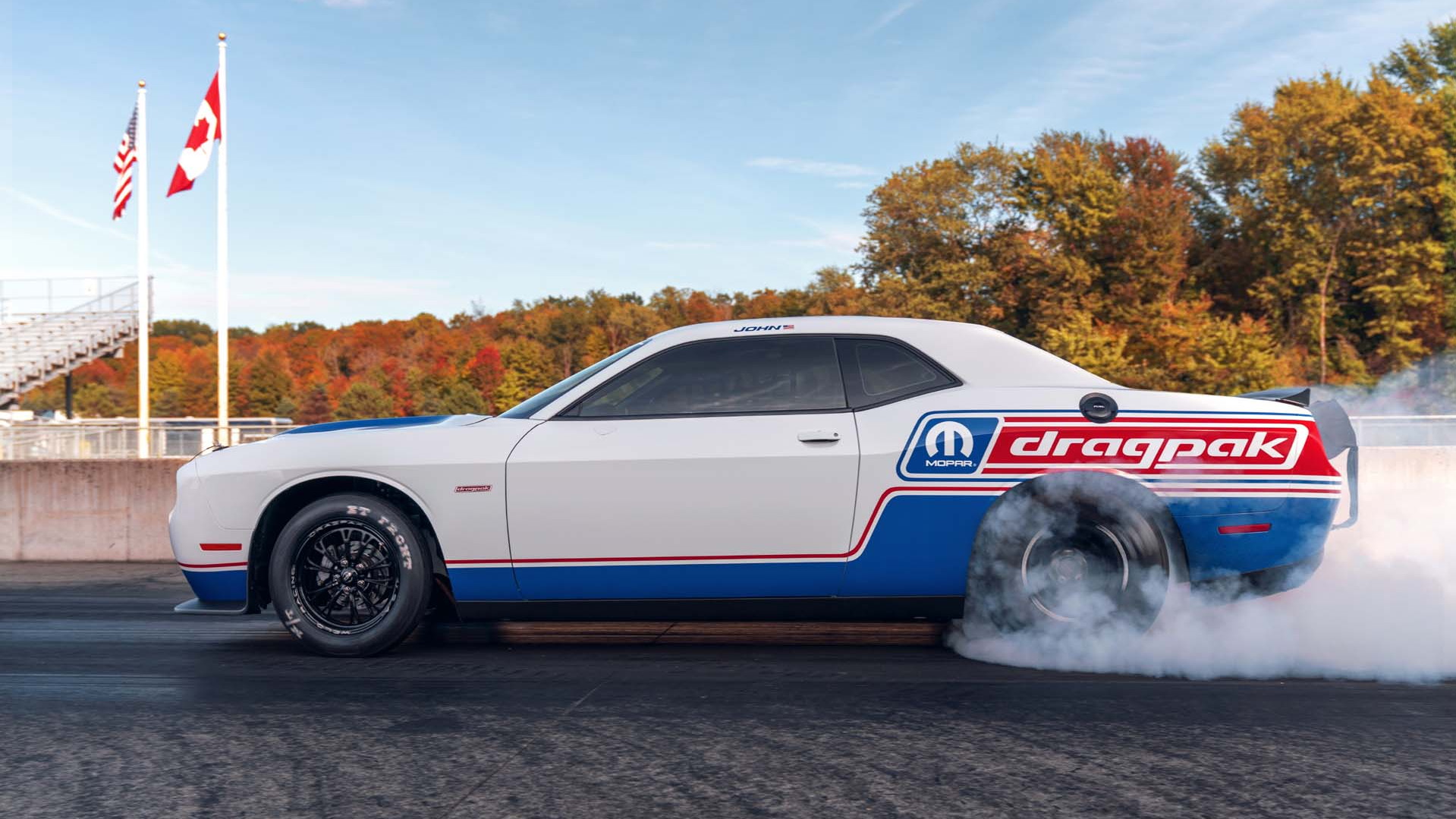 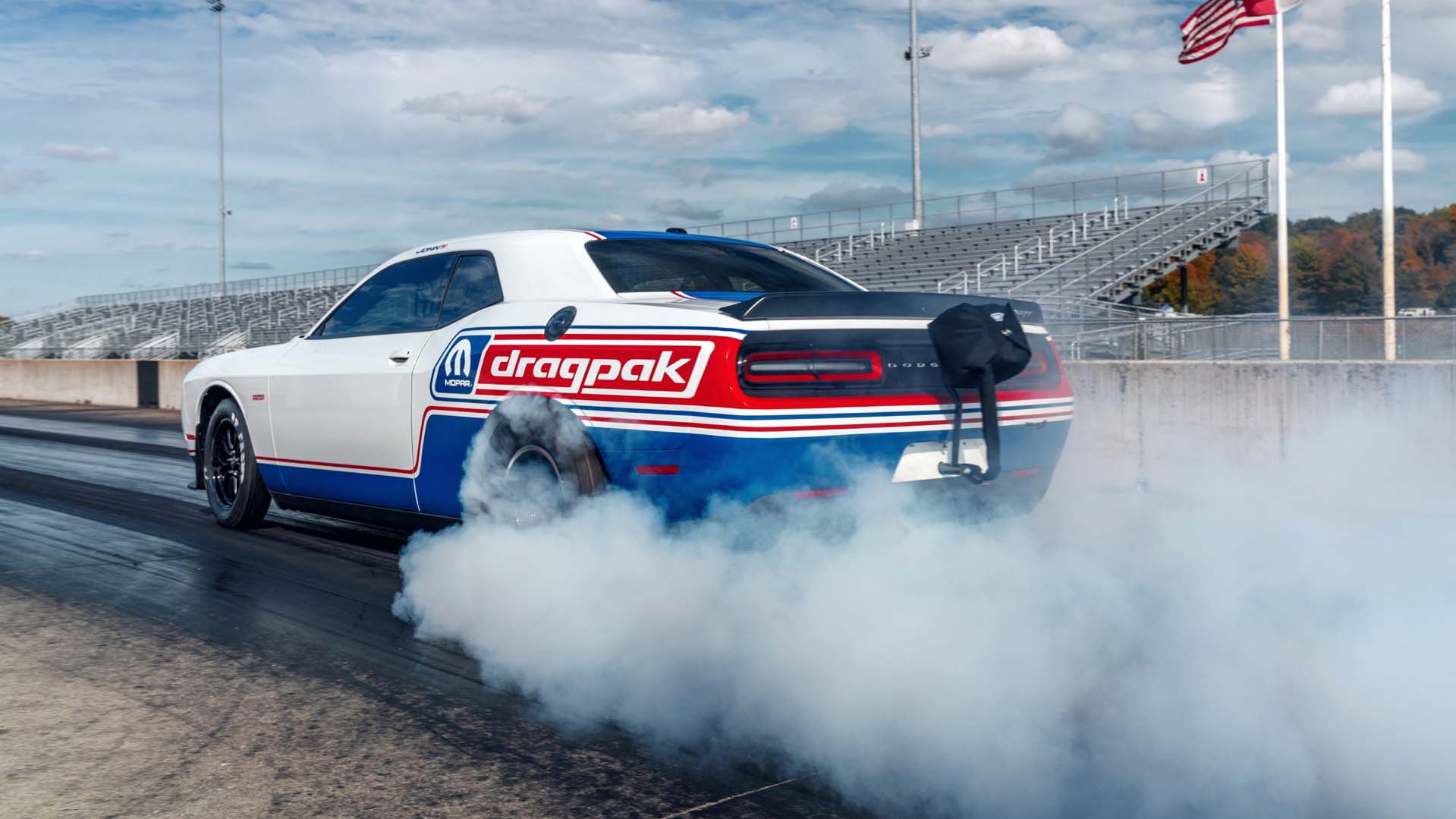 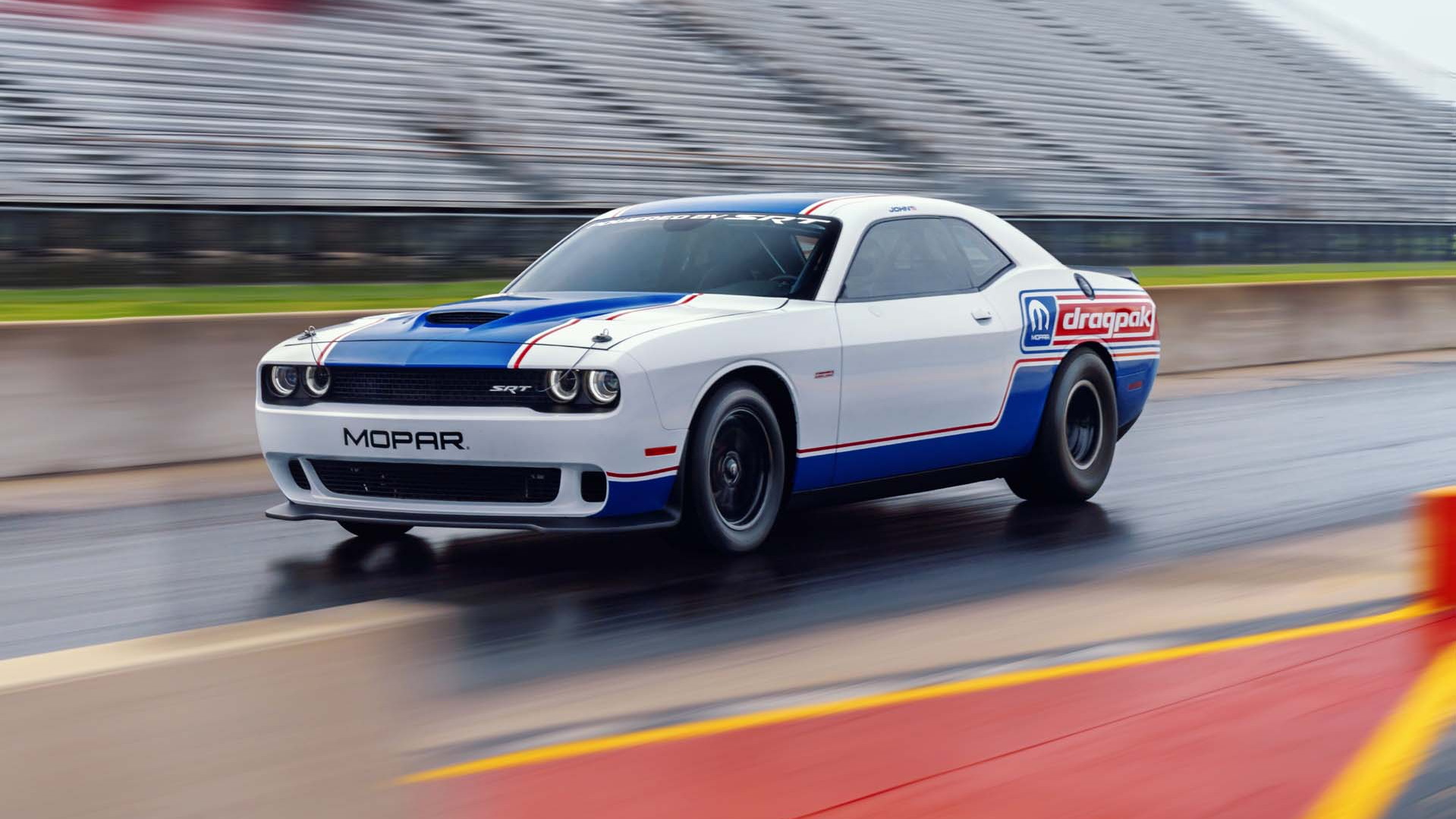 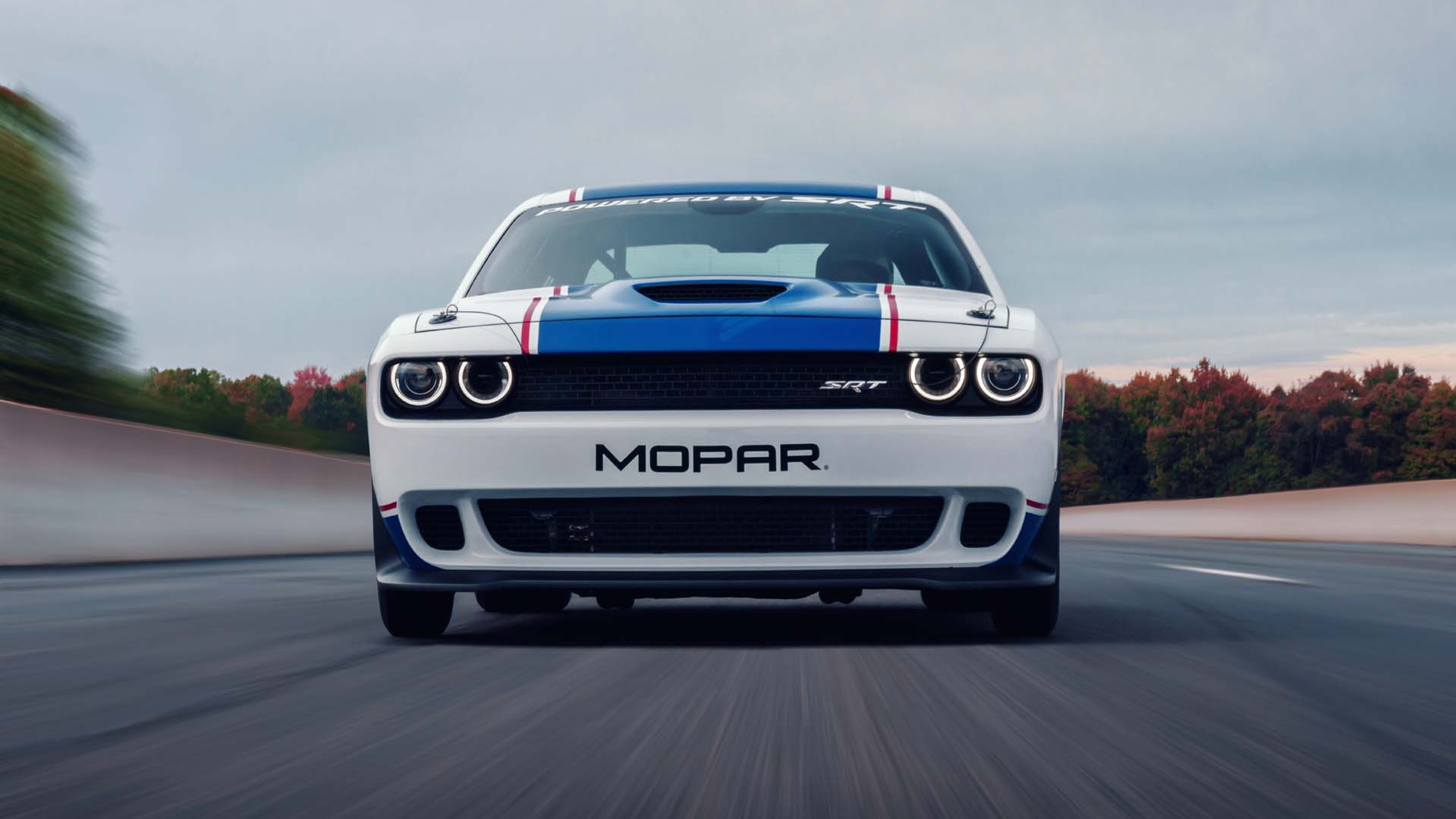 The Hellcat and Demon aren't the only Challengers for those seeking serious performance cred. In fact, if you’re really serious about hitting the strip, you should look no further than the Dodge Challenger Drag Pak specials, a new generation of which was unveiled on Tuesday at the SEMA show in Las Vegas.

Offered via Mopar, the Challenger Drag Paks are dedicated, turnkey drag racers designed for National Hot Rod Association and National Muscle Car Association classes. This means they get a full roll cage fabricated to NHRA and NMCA specifications, along with other mandated safety gear. In the case of the latest Challenger Drag Pak, the welded roll cage is certified for ETs as low as 7.5 seconds.

The Challenger Drag Pak was last redesigned for 2015, when a new 5.8-liter supercharged V-8 was offered. For the latest version, which launches for 2020, the focus has been on suspension and other chassis upgrades.

Starting with a standard-width Challenger body-in-white, the roll cage plus wheelie bars and a parachute mount are all installed. Also added is a Strange rear axle assembly complete with adjustable coilover shocks and a 4-link suspension with an anti-roll bar. Up front, a new engine cross member helps to lowers the center of gravity and improve weight distribution. The front also includes specific Bilstein double-adjustable struts.

The standard engine is the supercharged V-8. Mopar hasn't mentioned whether other options will be available. What we do know is that the standard transmission is a T400 3-speed with a Kwik-Shift manual shifter, which is connected to the rear wheels via a lightweight driveshaft. Other confirmed specs include a model-specific lightweight wheel and tire package, plus a high-performance brake package, Racetech seats, and a Racepak Smartwire fully programmable power distribution center.

Mopar has also introduced a graphics package to mimic the red, white and blue designs featured on muscle car drag racers of the 1960s and '70s. Those were the inspiration for the modern Challenger Drag Paks, the first of which was launched for 2008. Redesigns followed in 2011 and 2015, and now the fourth generation has arrived with the 2020 model on display at SEMA.

Just 50 examples will be built and anyone eager to get their hands on one will have to wait a little while yet for ordering and pricing information to be released.