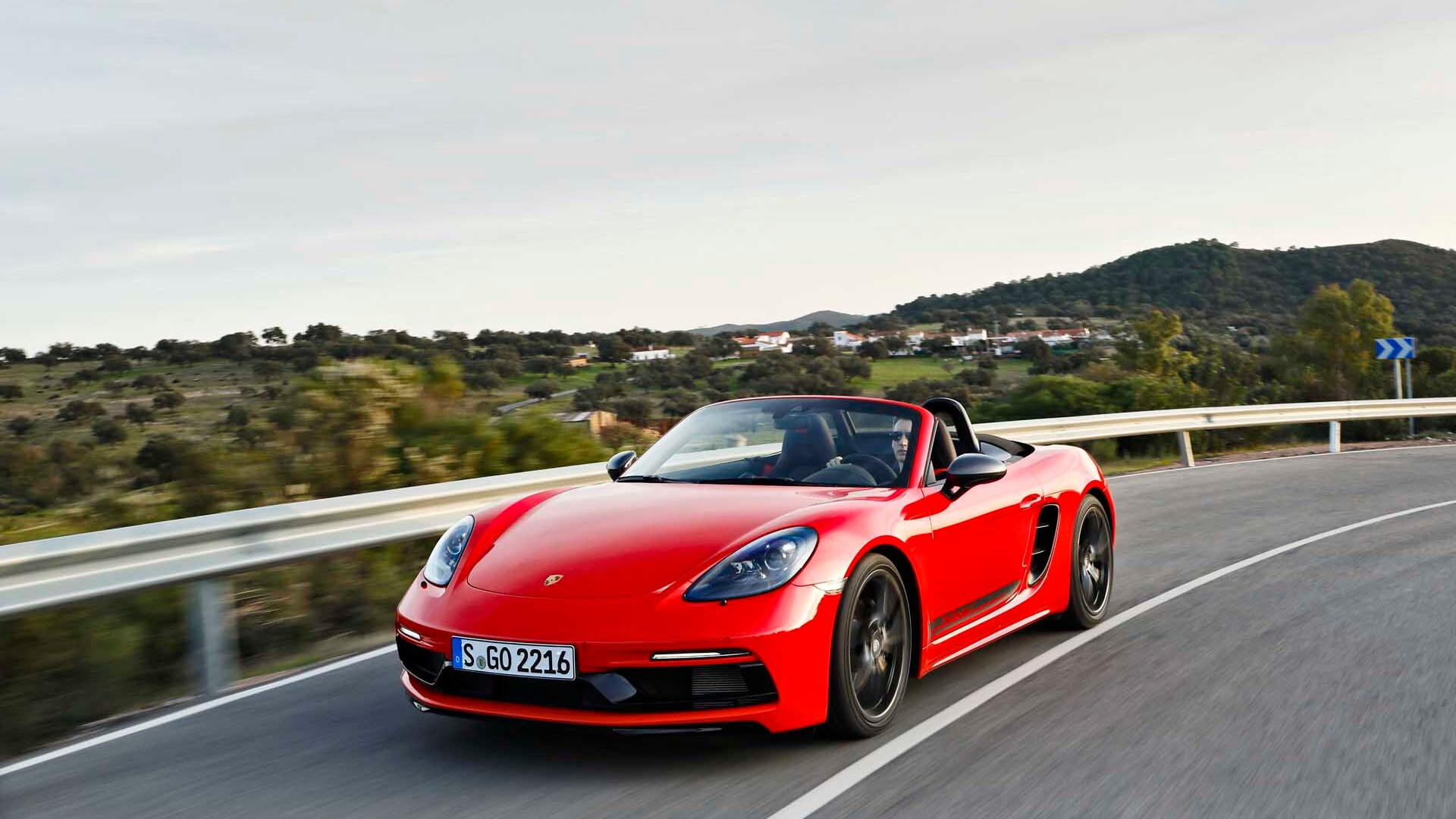 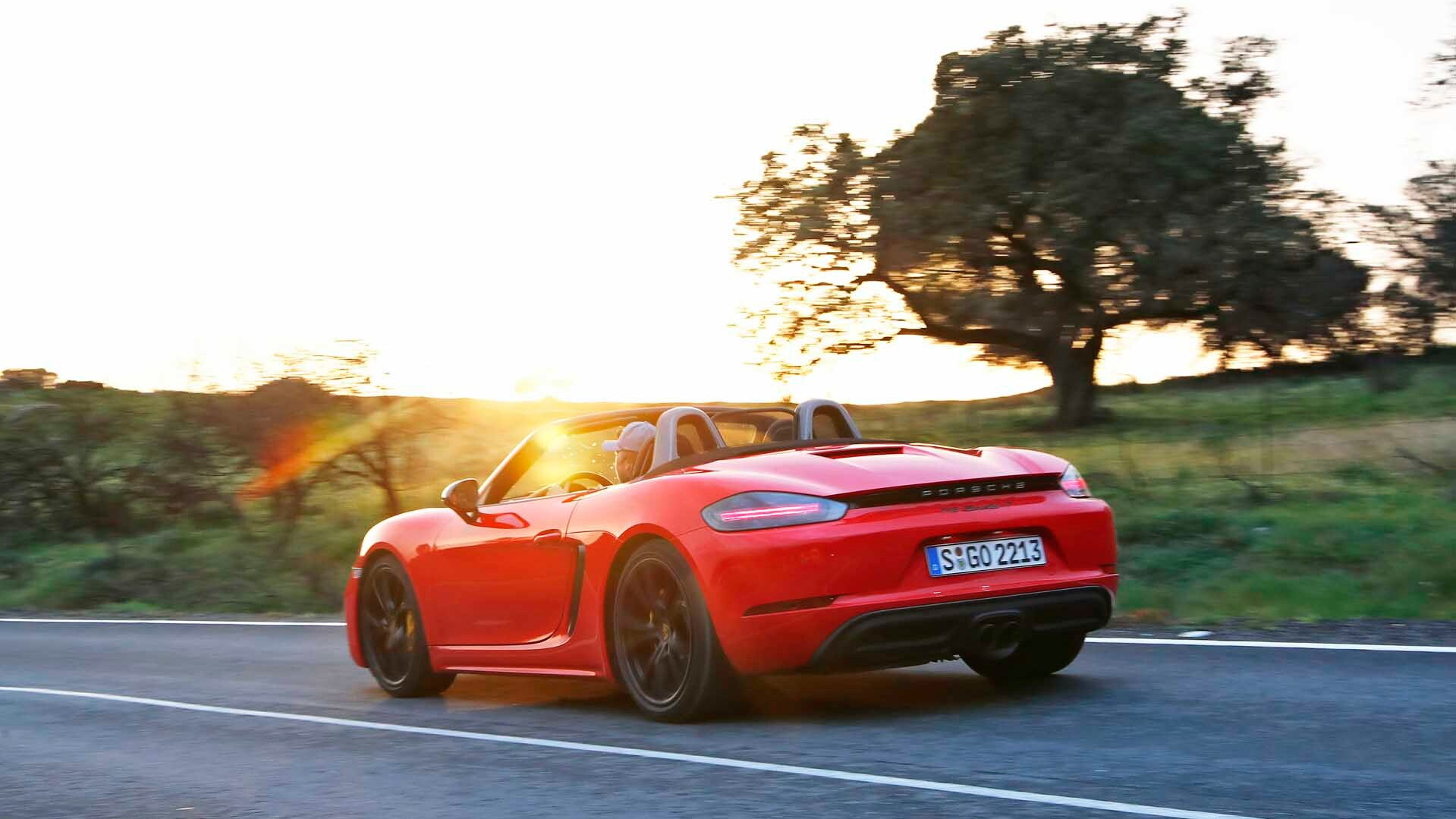 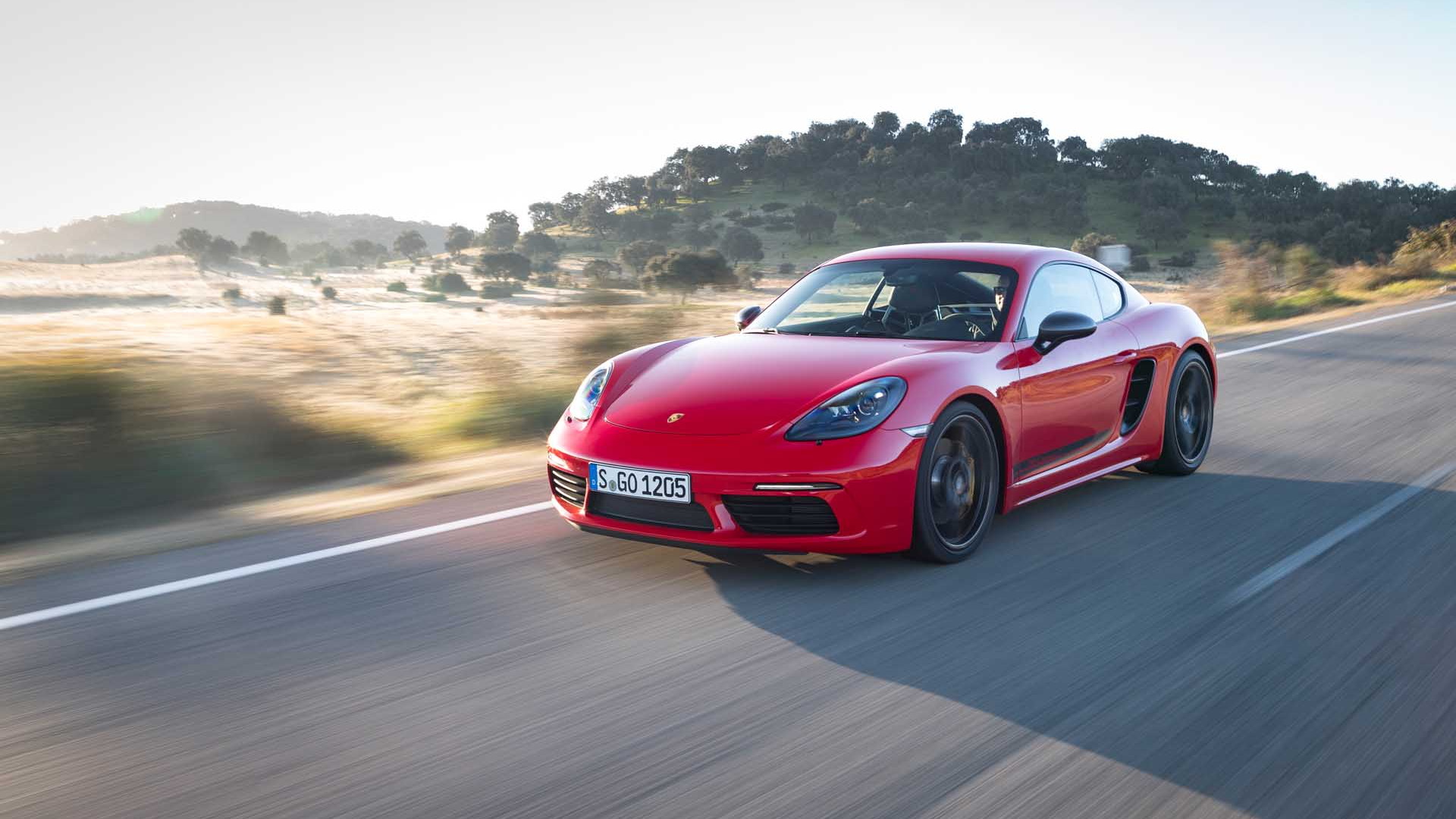 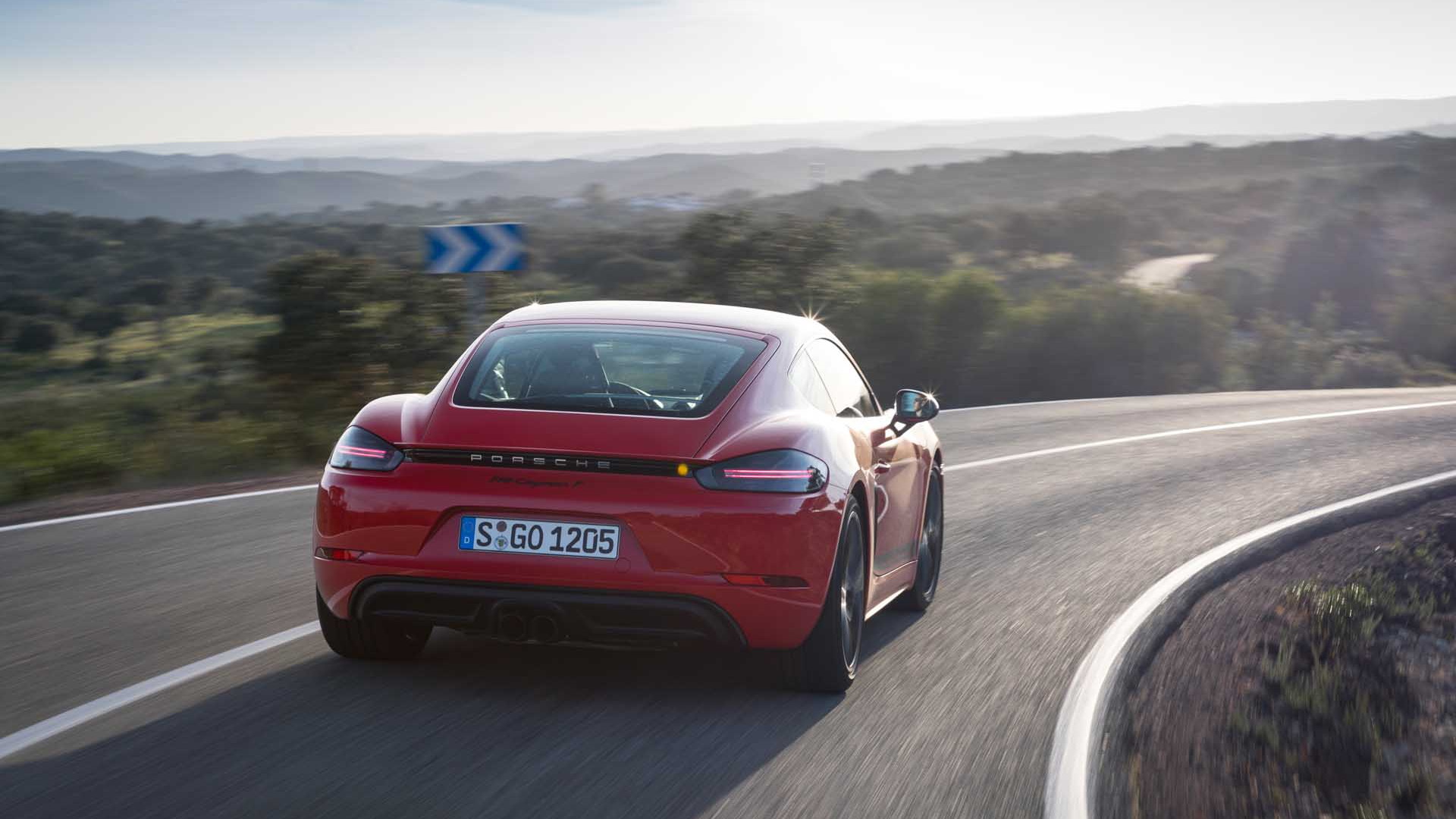 Porsche has revealed updated versions of the 718 Boxster T and 718 Cayman T first introduced for 2018. The updated cars, due next summer as 2020 models, bring revised looks and more standard equipment but sadly no extra power.

The T in the name stands for "Touring" and dates back to the 1968 Porsche 911 T. Porsche revived the designation for the 2018 model year, initially on a variant of the 911.

The designation also represents a more purist take on the driving experience and focuses on driving pleasure, as opposed to raw power and speed. As such, the Boxster T and Cayman T match the standard Boxster and Cayman's output of 300 horsepower and 280 pound-feet of torque, generated by a 2.0-liter turbocharged flat-4.

The standard extras continue inside and include better bolstered seats, weight-saving door opening loops, Porsche's GT Sport steering wheel with a drive modes selector, and “718” stitched into the headrests and seatbelts. You'll also notice the name of the car is adorned along the flanks, and the front and rear fascias updated.

Buyers can choose between a 6-speed manual with a short throw shifter or a 7-speed dual-clutch unit. The latter is the quicker option here, able to spirit the cars from 0-60 mph in 4.5 seconds. Top speed is 170 mph for both cars.

Note, Porsche isn't done with 718 variants. Still in the works is a hardcore 718 Cayman GT4 that will likely be badged a RS, or something along those lines.