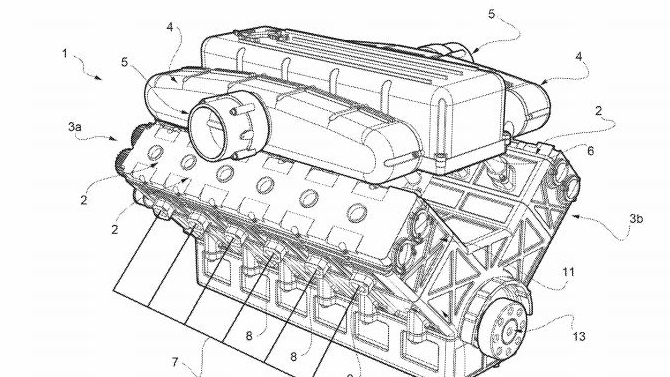 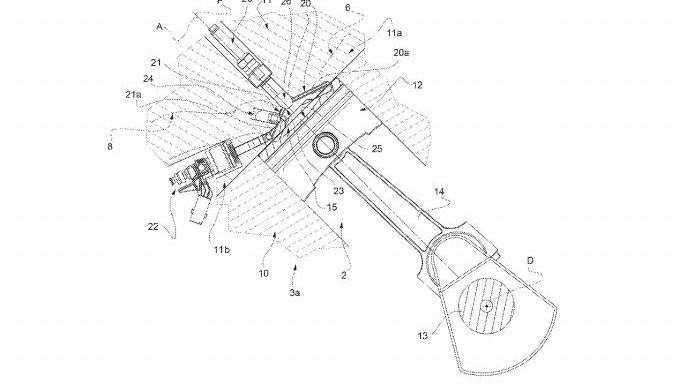 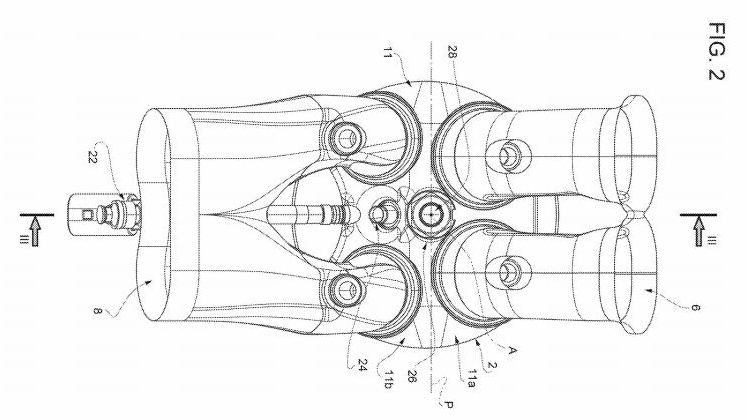 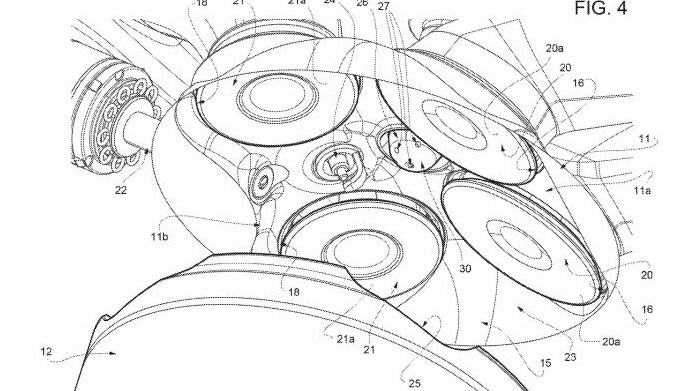 Ferrari higher-ups have been telling us for years that the V-12 will remain a component of its future products for as long as it can be kept relevant and compliant with increasingly strict emissions requirements. A patent filing from April gives us hope that they can keep their word.

The patent, which Motor1 spotted, describes a new "pre-chamber" above the main combustion chamber with an independent spark plug. This allows combustion to take place in either the pre-chamber or main chamber, depending on the drive cycle. The goal is to generate more heat immediately after a cold start. Conventionally, the best way to make more heat is to make more torque, but increased output is hard on a cold engine.

This is where Ferrari's patent comes in. The pre-chamber system would allow a delayed ignition in the main chamber in the cycle immediately after a cold start, when the engine's catalytic converters need to be heated to their optimal temperature. This delayed ignition will push hotter exhaust gases out of the main combustion chamber more rapidly, which, in turn, will lead to shorter warm-up period for the catalyst. The faster the system gets up to operating temperature, the less it pollutes.

On the intake side, the pre-chamber allows for a separate ignition and injection of air/fuel into the main chamber to improve the pre-ignition mixture. Essentially, this system generates airflow similar to that of an engine running at much higher speeds, keeping the ignition sequence stable (avoiding misfires) while feeding hot air into the catalyst.

Incremental improvements like this may not seem like much in the grand scheme of things, but cold-start emissions are an enduring challenge for powertrain engineers because the needs of the catalyst often run contrary to those of the engine itself. Smaller engines running at higher speeds tend to heat up more quickly, making them more attractive than larger, comparatively lazier mills.

One telling sign of Ferrari's shift away from the V-12 is that its latest hyper car, the 987-horsepower SF90 Stradale, will slot in above the V-12-powered 812 Superfast despite its relatively humble V-8. But Ferrari CTO Michael Hugo Leiters believes in the V-12 is here to stay; until regulators or market shifts force them to do otherwise, Ferrari's engineers will continue to develop its iconic powerplant.

Ferrari plans to introduce 15 new models (some of which will be new iterations of existing cars) by 2022, and 60 percent of them will be hybrids, the company says. By electrifying some models, Ferrari is effectively buying a reprieve for its V-12 so that it can live on in some of the company's more exclusive offerings.