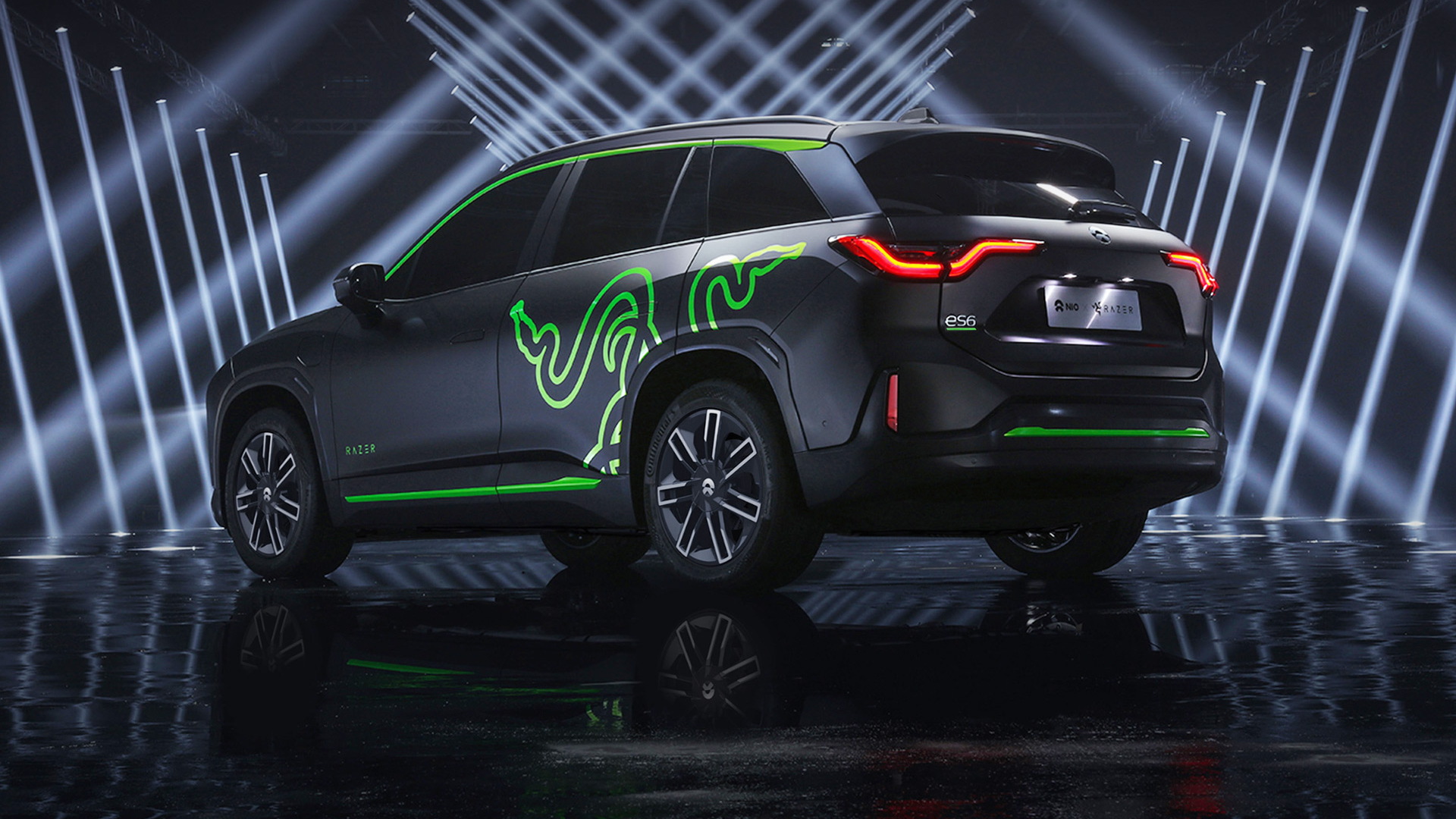 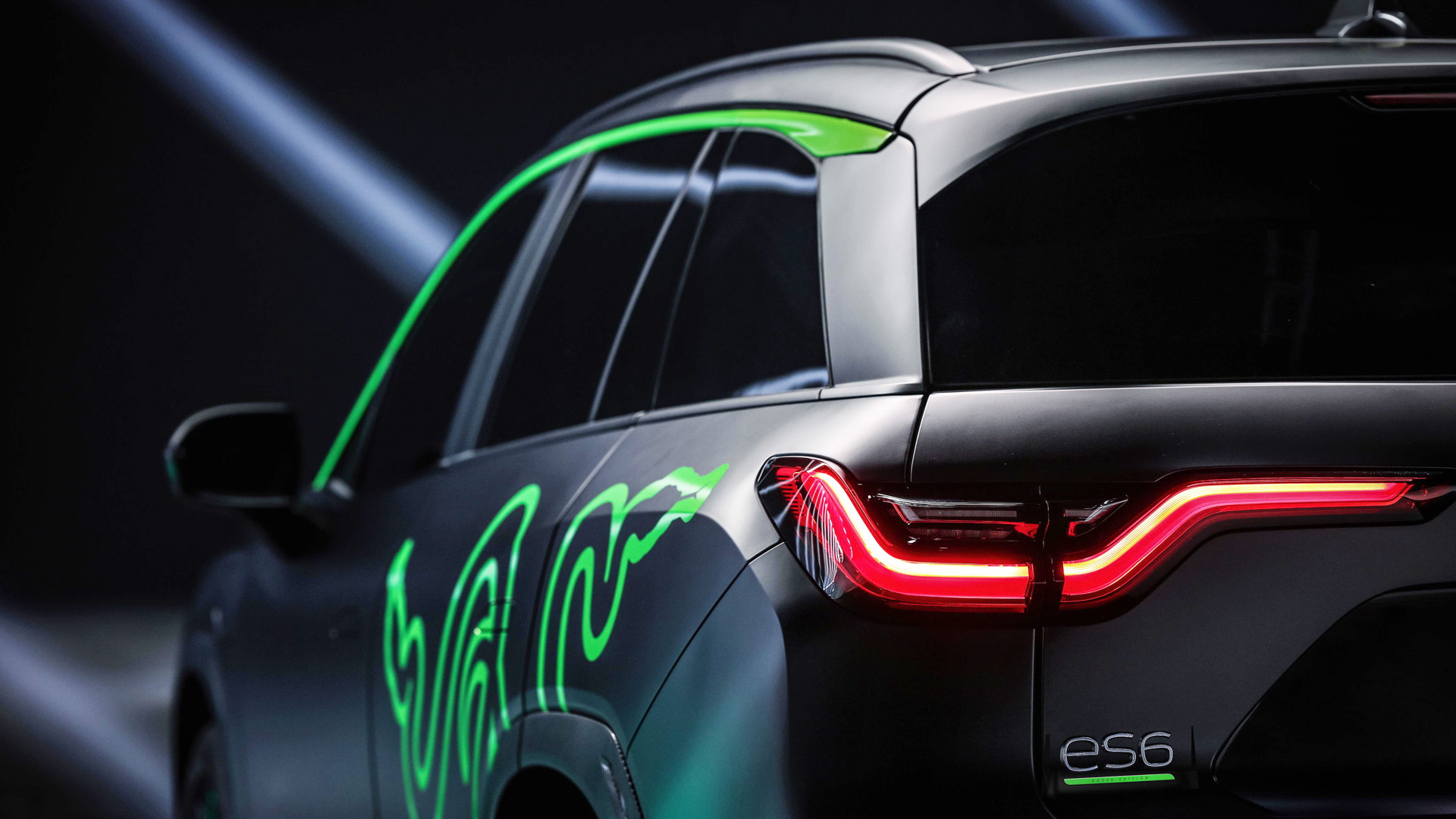 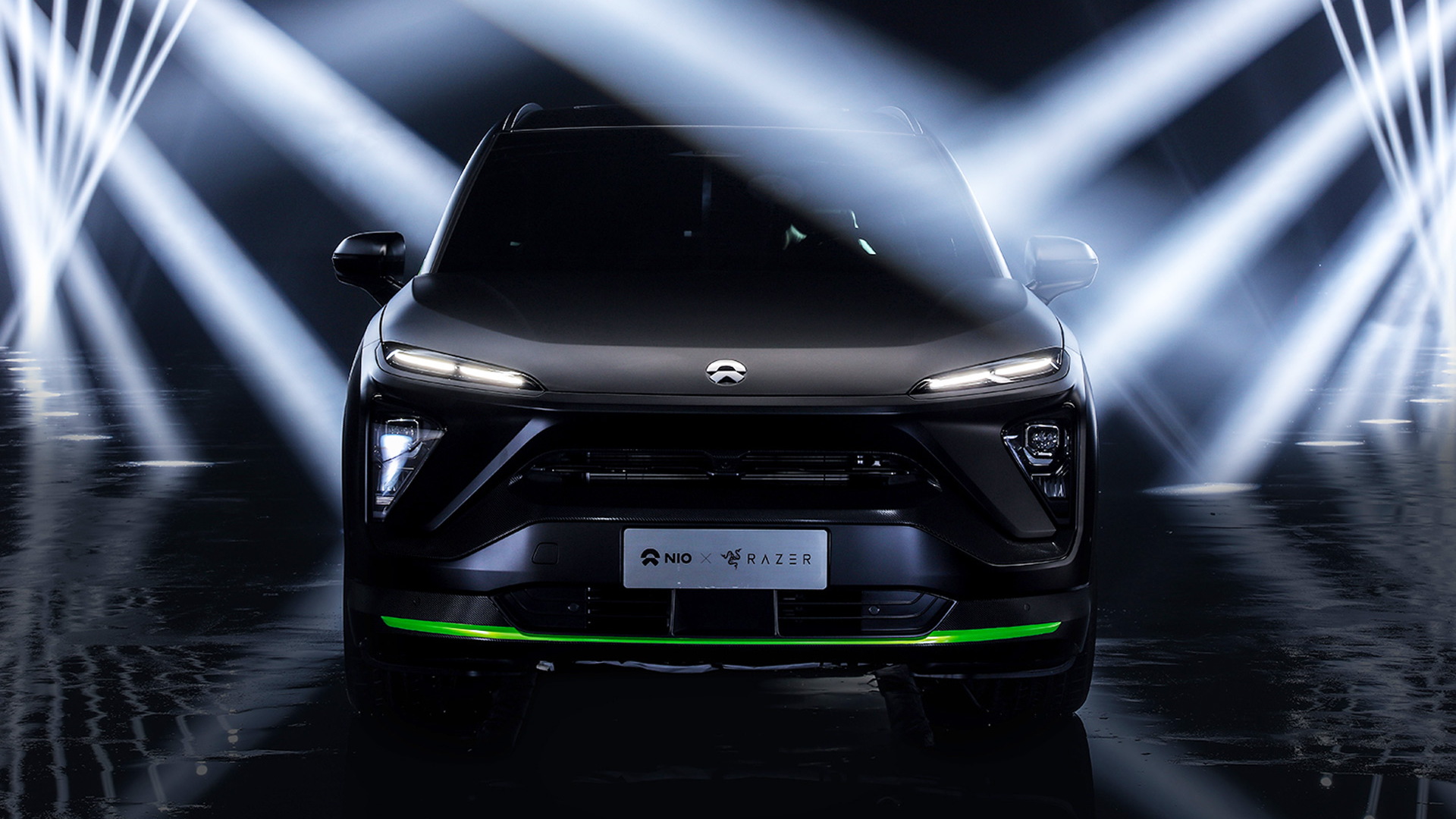 Chinese EV brand Nio has teamed up with Razer to explore ways to integrate some of the gaming hardware giant's technologies into cars—and to mark the start of the partnership, the companies on Friday unveiled a version of the Nio ES6 electric crossover SUV sporting Razer's logo and signature green color.

Razer is renowned for its high-quality gaming devices, particularly its mouse and keyboard offerings which are designed to withstand the abuse gamers often inflict on computer controllers.

Razer products also tend to feature vivid lighting, known as Chroma and Hue, and it's these features that Nio will look to integrate in its cars. Imagine an ambient lighting package that normally glows a soft white or blue but turns a bright red when you floor the pedal.

Nio is also looking at integrating Razer's spatial sound technology, known as THX Spatial Audio, which goes beyond surround sound technology by relaying sounds in a panoramic motion to create a virtual sphere of sound around the listener. In a vehicle, we could imagine the technology making you feel like you're sitting in the middle of an orchestra when playing your favourite classic music.

The special Nio ES6, known as the Razer Night Explorer, only features the exterior treatments for now. It is limited to 88 units in China, Nio's sole market at present. The ES6 made its debut last December and makes a great alternative to the Tesla Model Y. In its most potent guise, the ES6 will sprint to 60 mph in 4.7 seconds and cover about 300 miles on a charge.