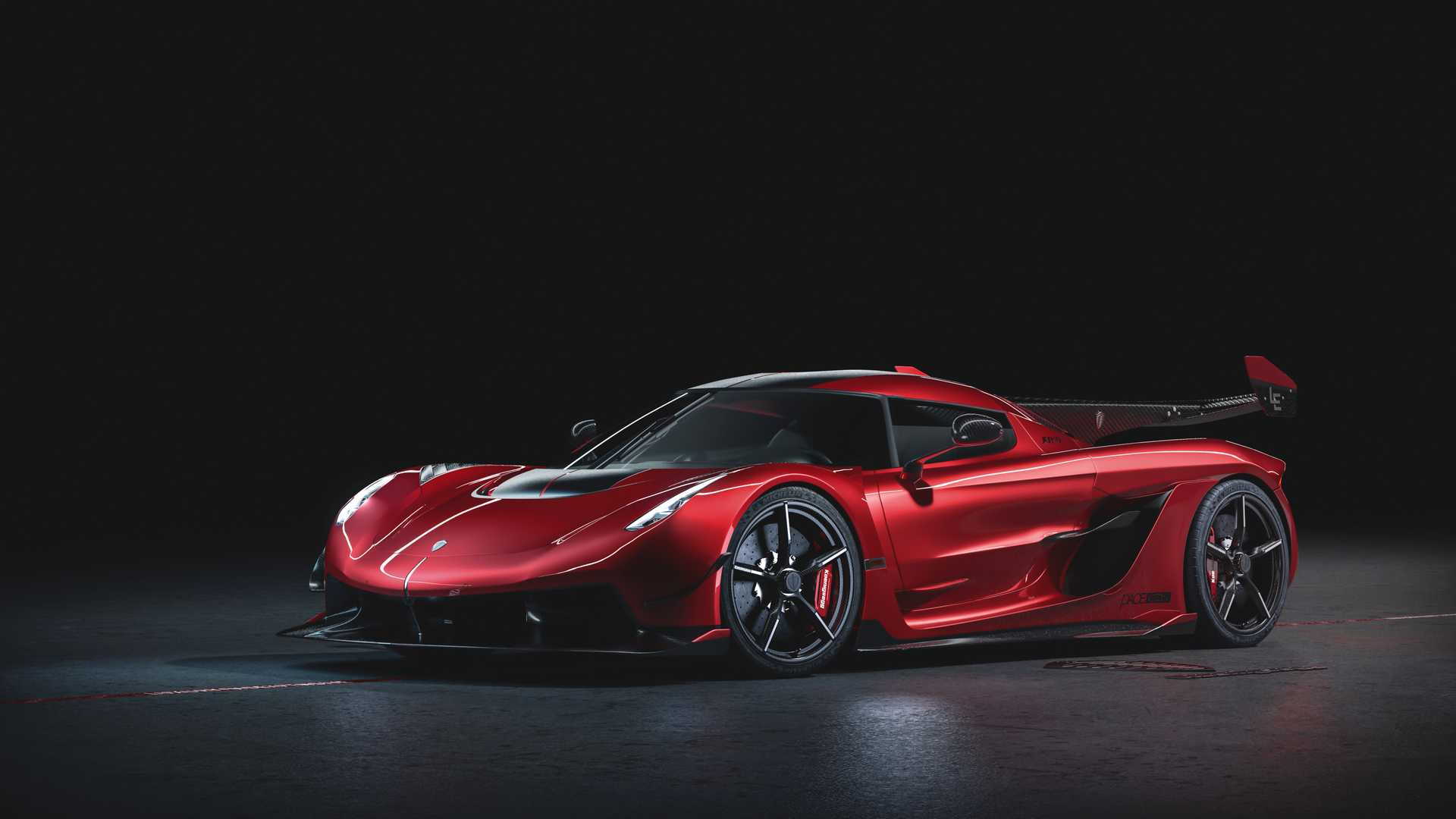 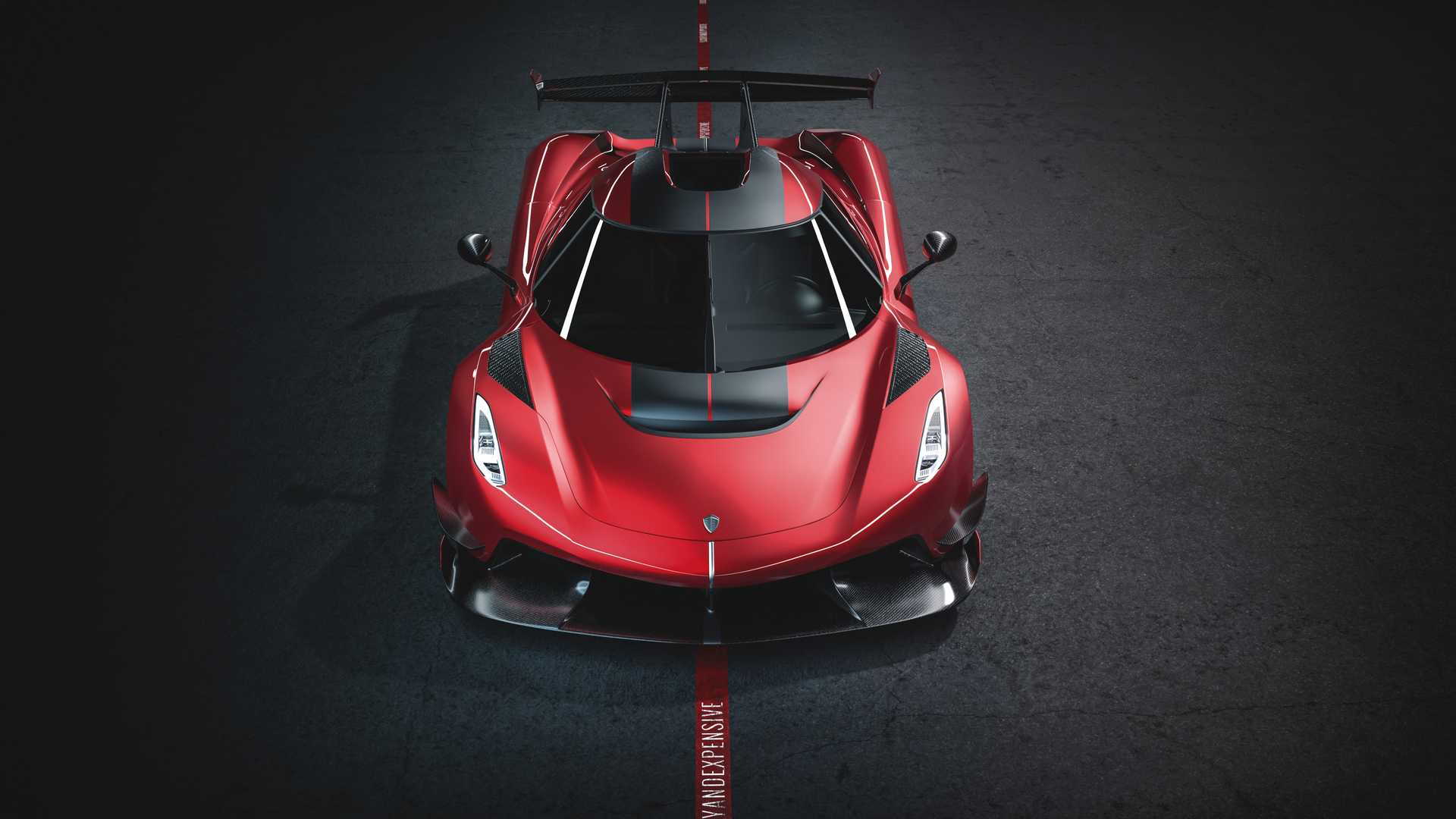 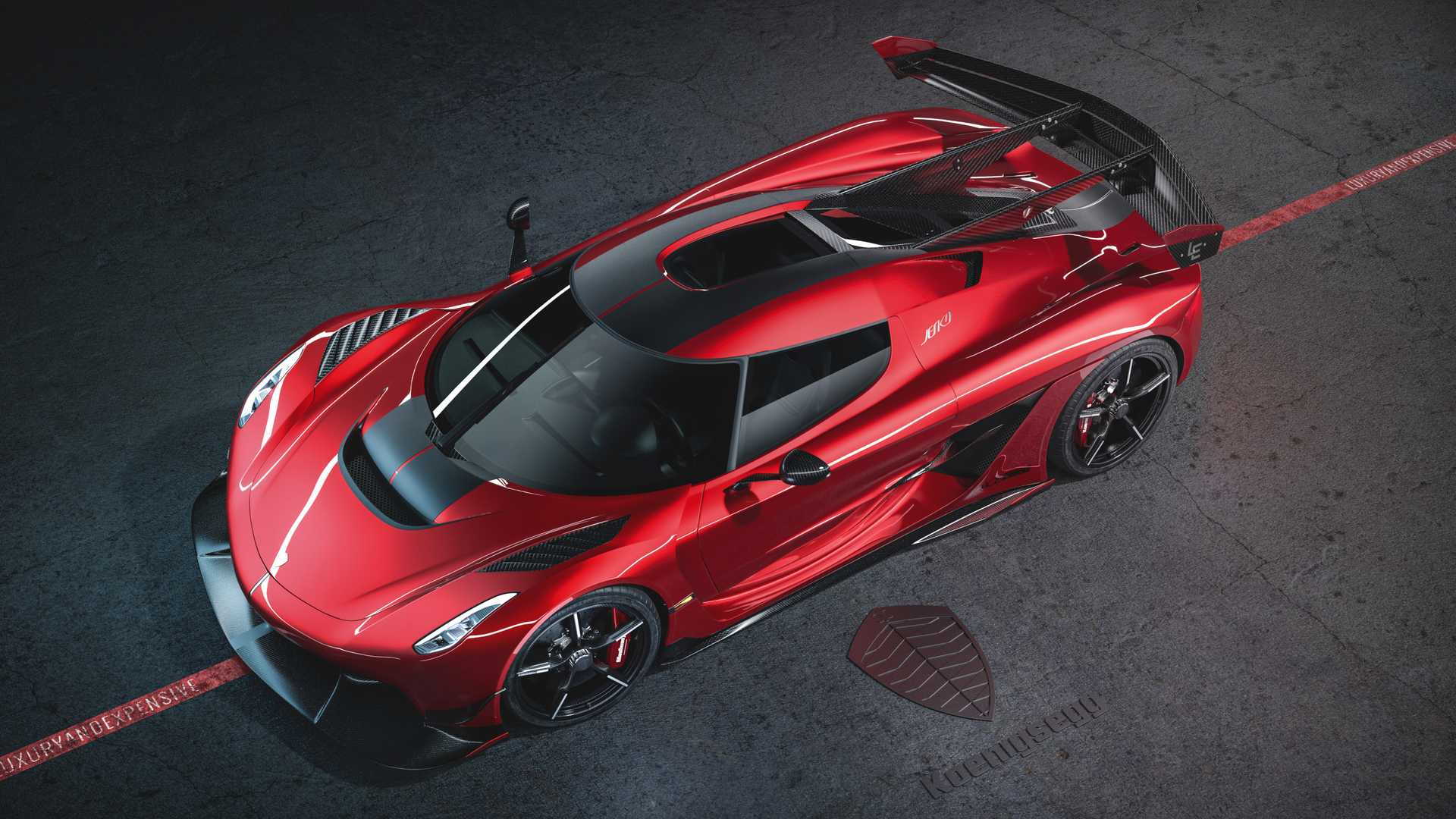 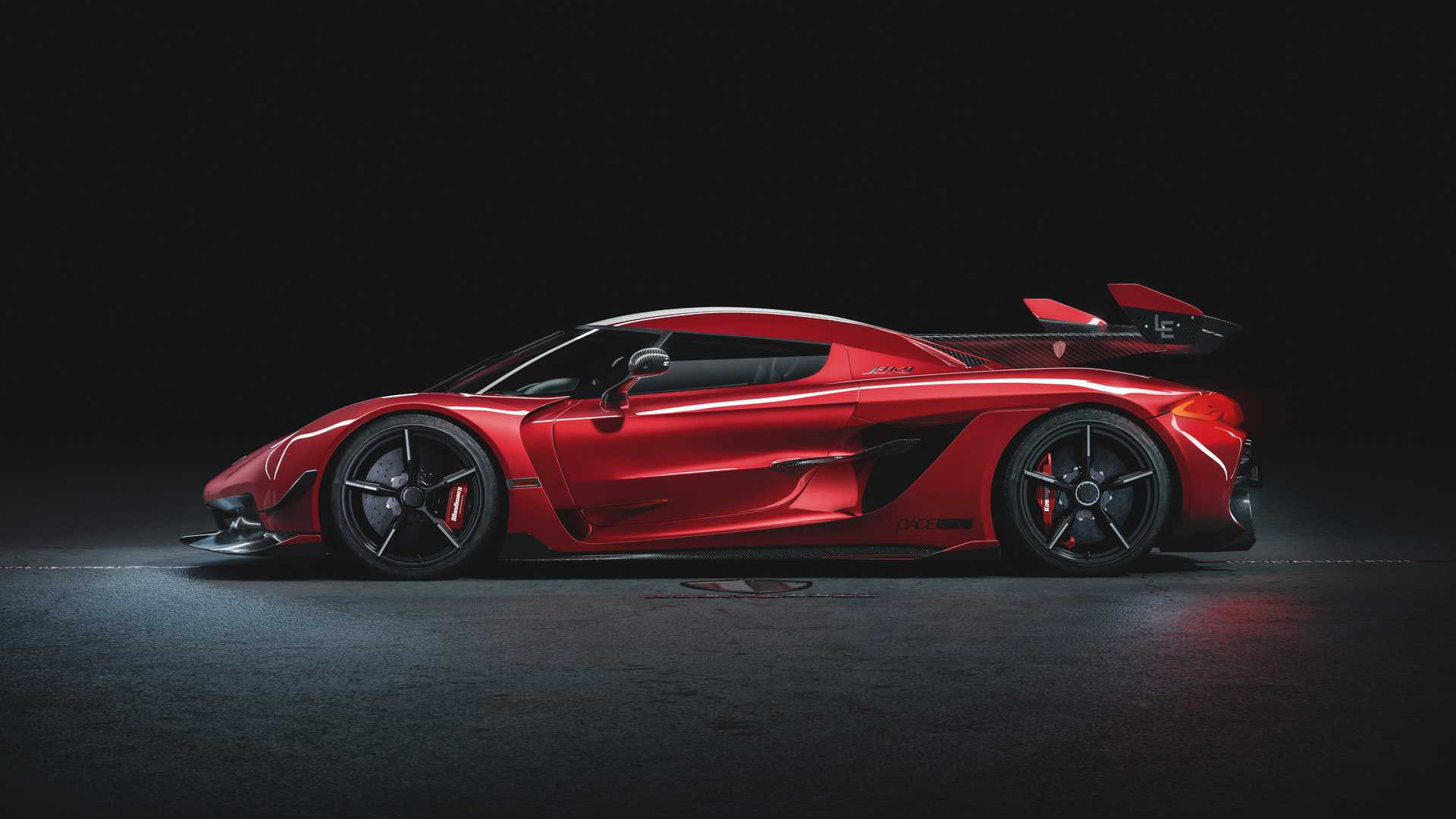 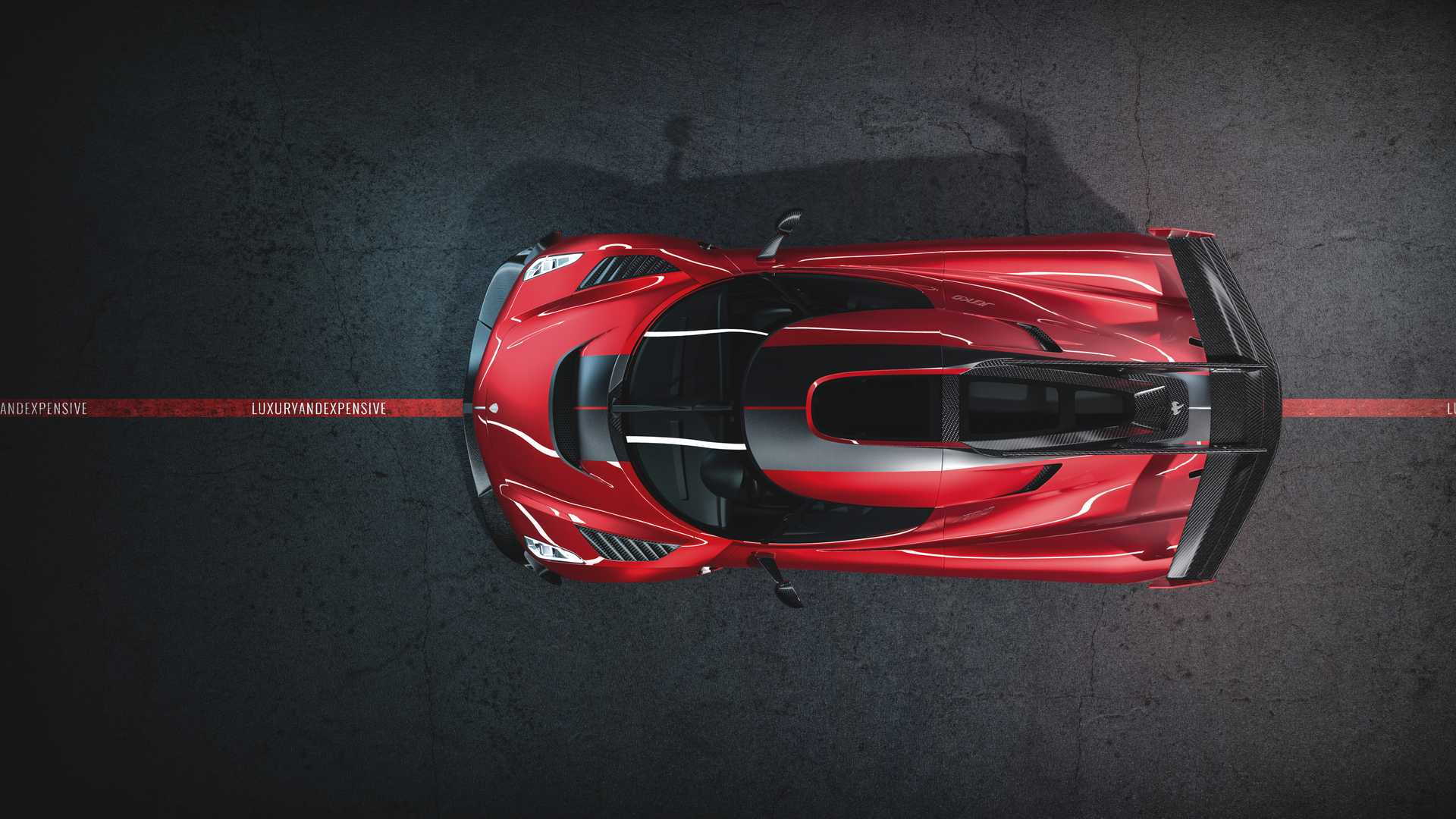 The Koenigsegg Jesko has, so far, only been shown in its debut silvery-white color. Now, feast your eyes on the Jesko Cherry Red Edition

As the name implies, this supercar sports a cherry red exterior color and is a one-off version that newly founded exotic car retailer LuxuryandExpensive.com is offering. The new retailer surely wanted to make a splash as it launches. Showing off a bespoke red Jesko is certainly one way to do that. Motor1 first reported on the car and its new retailer on Thursday.

The stunning red color pairs with two thick stripes running from the hood to the rear of the car and both the wing and mirrors appear finished in carbon fiber. The wheels are a glossy black color, which looks lovely paired with the cherry red.

Aside from the special color, the website didn't mention any other options, nor did it provide photos of the interior. Surely, it will feature the same red, black, and carbon-fiber accents as the exterior. Another mystery is whether this is a "standard" Jesko or the codenamed Jesko 300 model. Koenigsegg debuted the standard model at the Geneva motor show in March. We've yet to see what the Swedish supercar maker has cooked up for the Jesko 300, which is a nod to its estimated top speed of 300 mph.

Buyers are able to choose one or the other, but both variants sport a twin-turbo 5.0-liter V-8. With E85 in the tank, the supercar makes 1,600 horsepower. Filling the car up with gasoline drops the power rating to 1,280 hp. The engine pairs with a 9-speed automatic that Koenigsegg calls the Light Speed Transmission. Technology within the transmission allows the Jesko to skip gears, allowing it to drop seamlessly from, say, seventh to fourth. The transmission never sees fifth or sixth gear in this example.

It appears the car is being offered on consignment by Esser Automotive, the German importer for Koenigseggs. It's likely the Jesko offered through LuxuryandExpensive is one of the few build slots Koenigsegg said it sold to dealerships and others who couldn't attend the Geneva motor show this past March. The supercar brand has has said that all 125 Jeskos are sold out. That could potentially make this Cherry Red Edition the final example for sale. According to LuxuryandExpensive, it will cost about $2.65 million to own it based on current exchange rates.