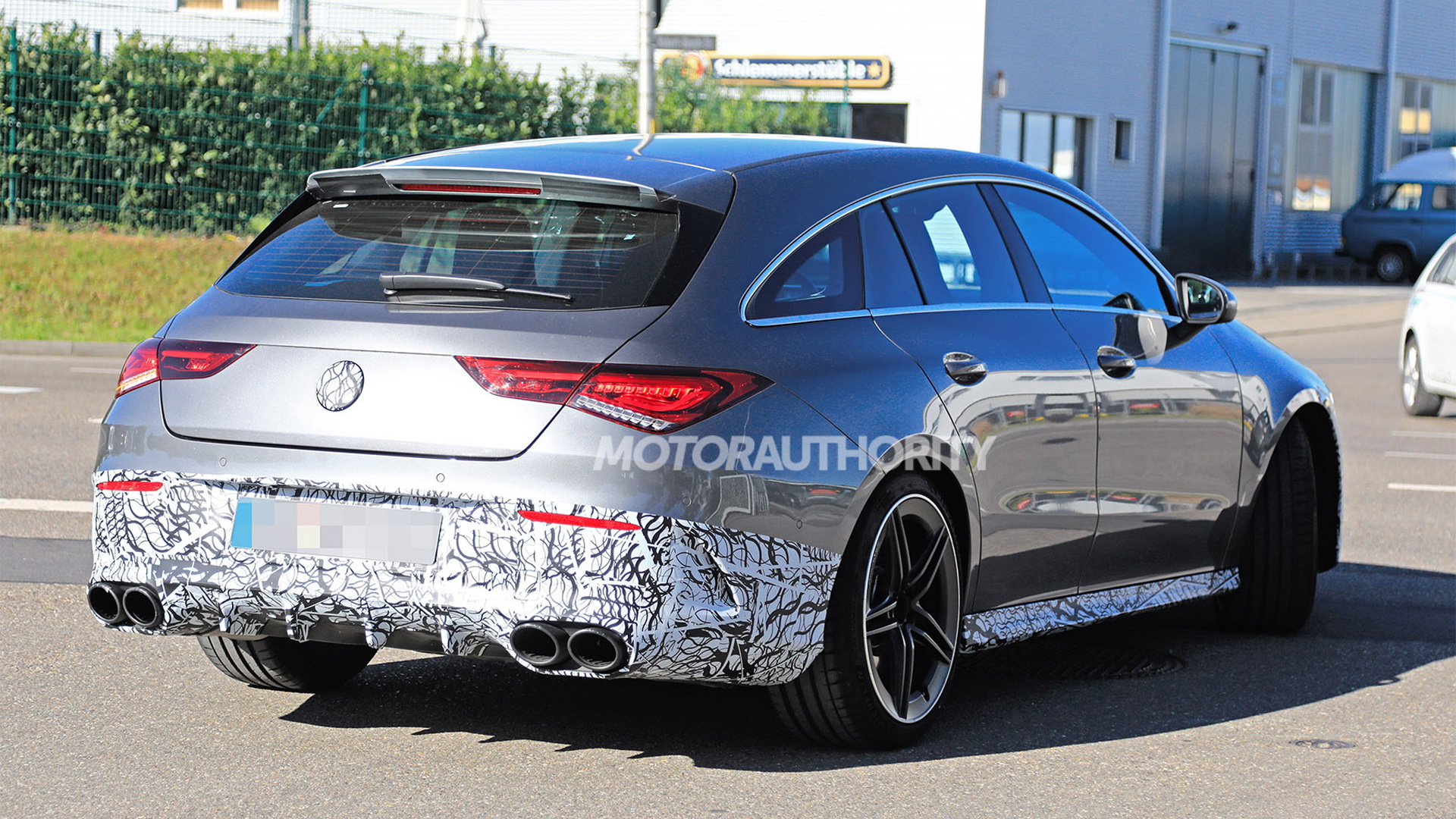 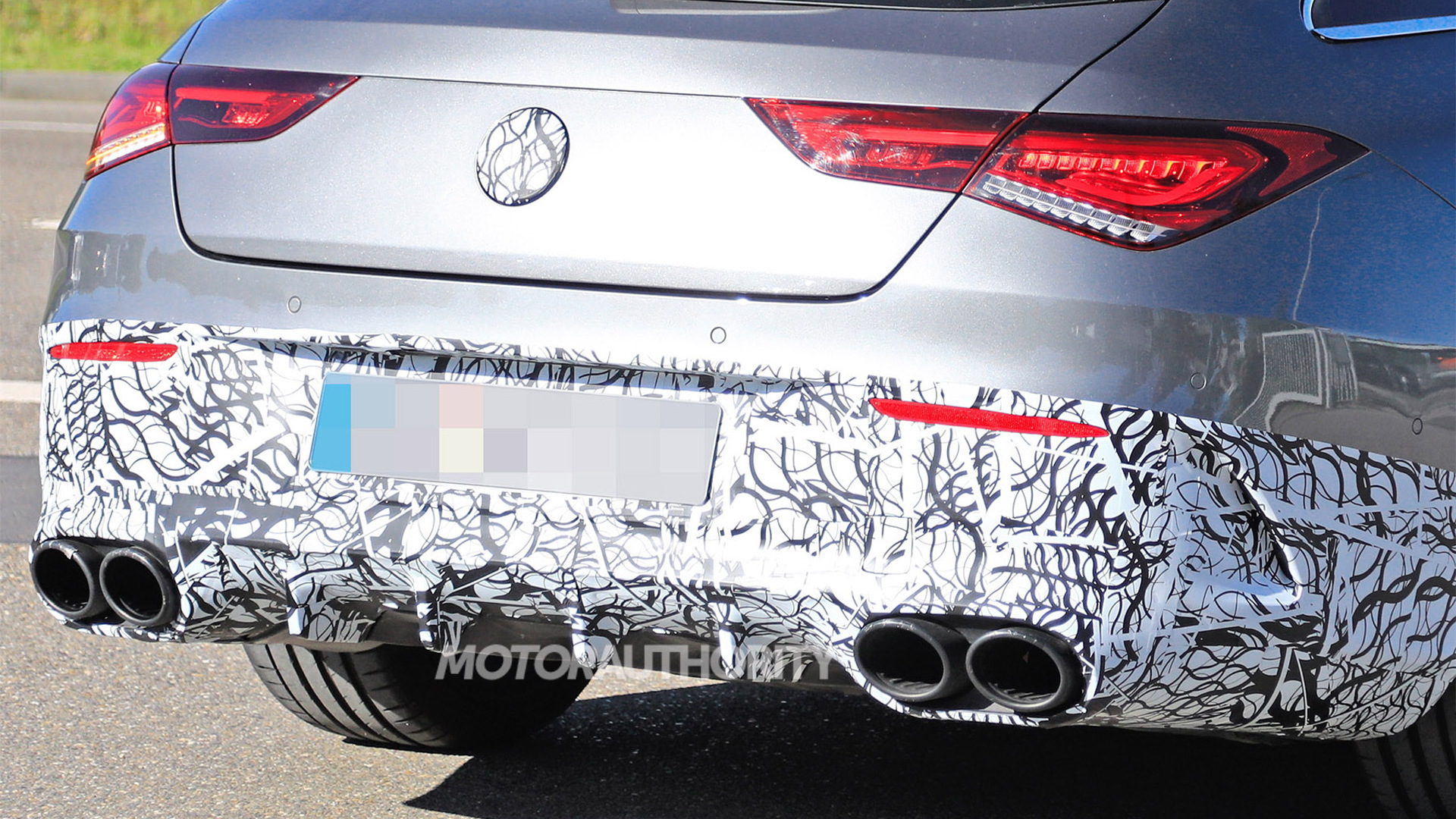 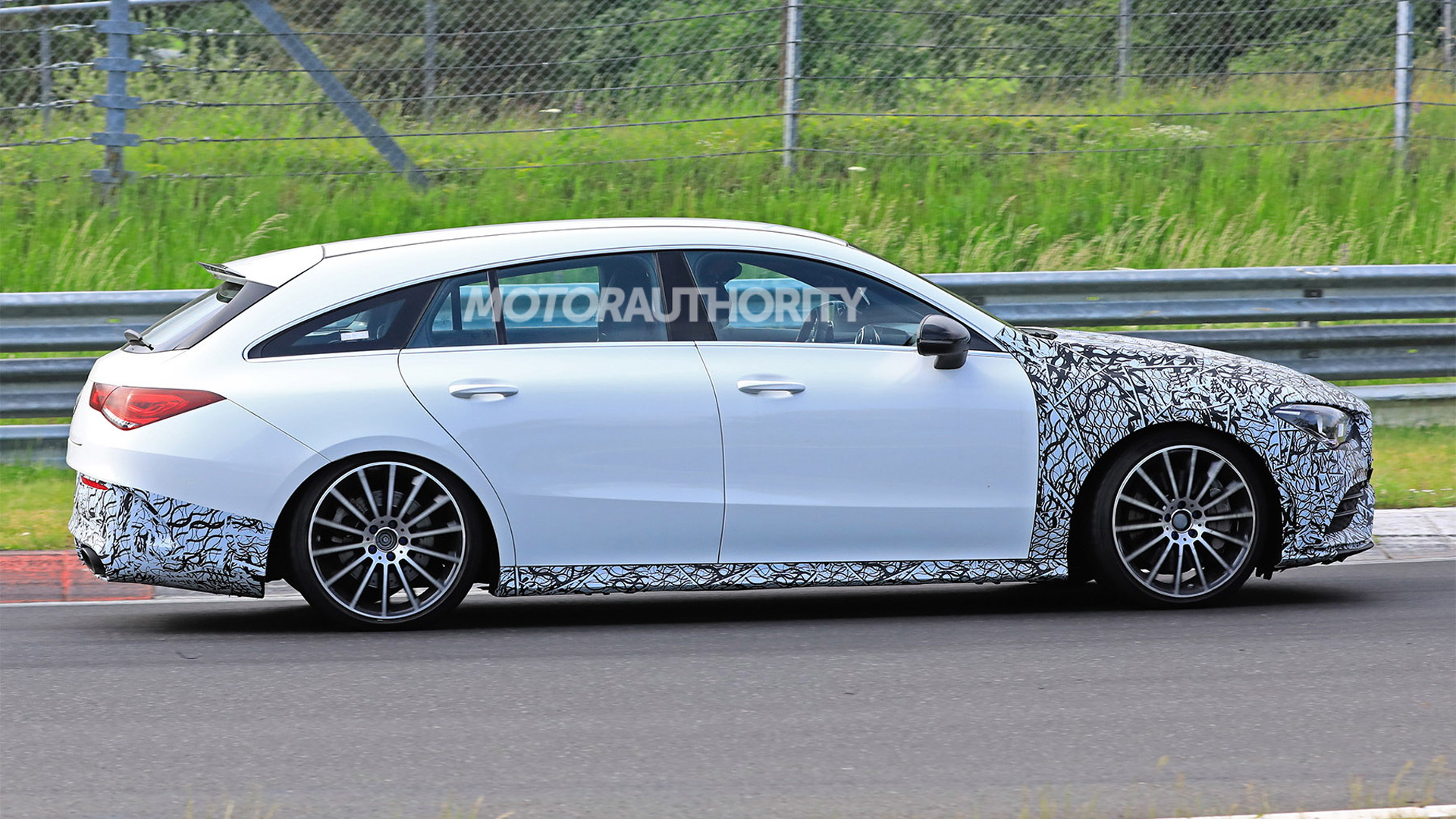 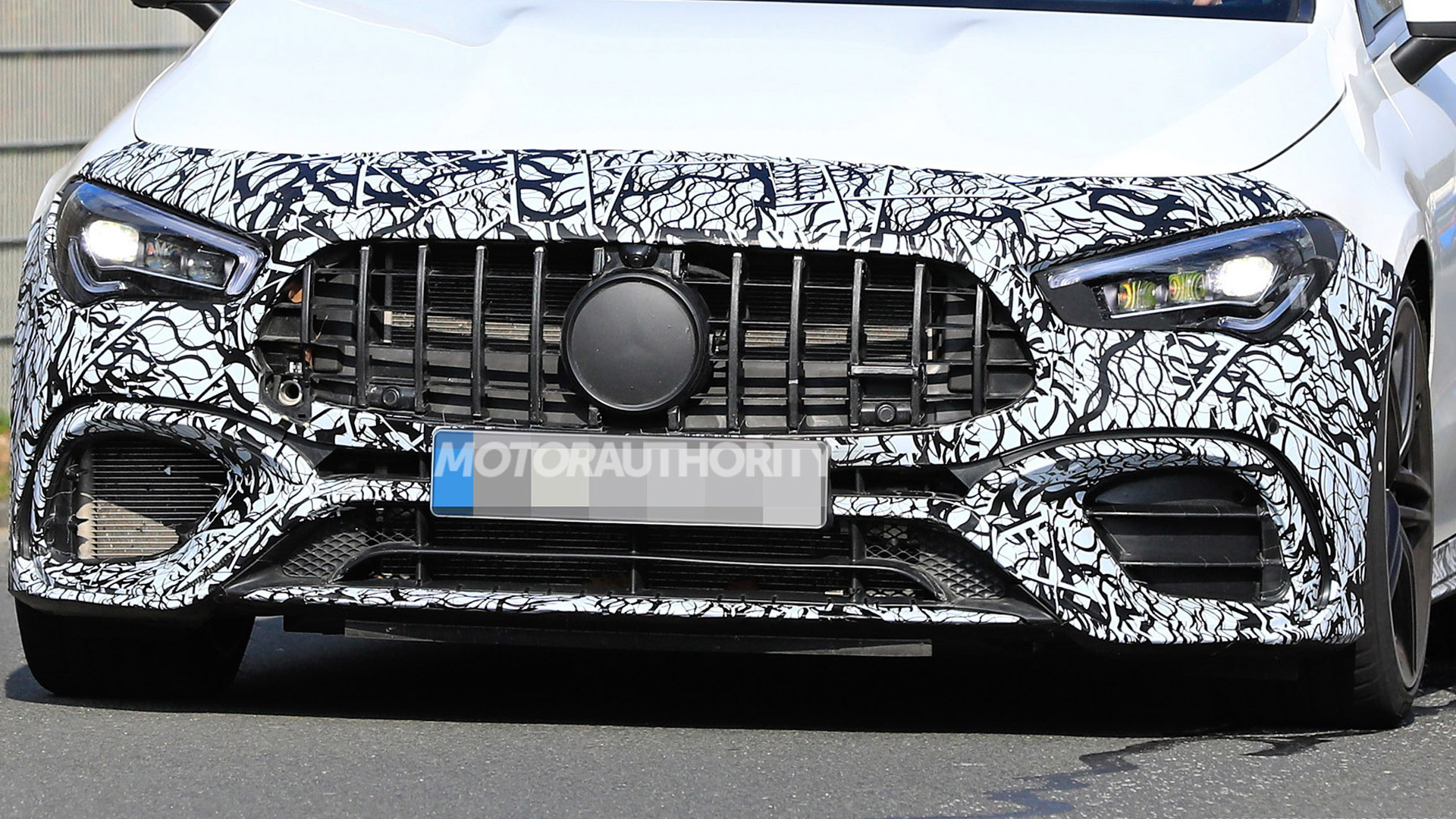 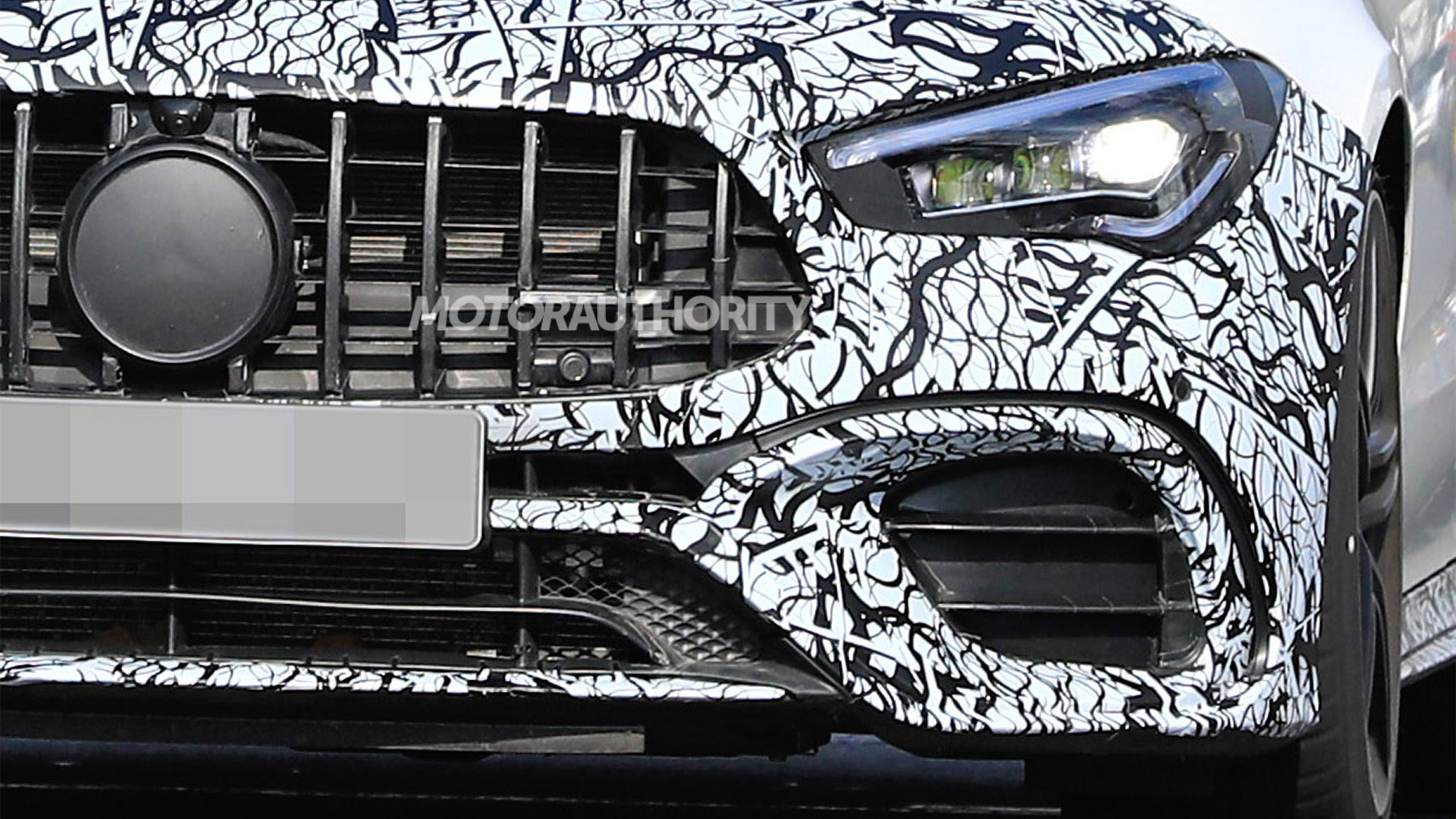 Mercedes-Benz is in the process of redesigning its compact car range and adding some new models.

Our latest spy shots show one of the high-performance versions of the redesigned CLA Shooting Brake, which is being developed by the Mercedes-AMG skunk works.

Yes, “versions” isn't a typo as AMG is working on two performance levels for the latest generation of Mercedes compact cars. There will be direct replacements for the current crop of 45-series cars, plus a new crop of slightly tamer 35-series cars.

For the CLA45 Shooting Brake, and other 45-series members, there will be a newly developed 2.0-liter turbocharged inline-4. Enhancements are thought to include new fuel injectors, a new turbocharger and changes to the combustion process. For subsequent performance increases, AMG engineers are thought to be dabbling with electric compressors and hybrid systems.

For now, we should see 382 horsepower in the standard 45-series models and as much as 416 hp in spicier S guise. In comparison, the rival Audi RS 3 delivers 400 hp.

The 45-series cars are also expected to come with a new 8-speed dual-clutch transmission and rear bias for the all-wheel-drive system. The 35-series cars feature a 50:50 split.

Look for a debut of the redesigned CLA45 Shooting Brake later this year. Unfortunately, the car isn't due in the United States as Mercedes doesn't sell any CLA Shooting Brake models here. The good news is we'll see the same mechanical package in the CLA sedan and additional members of Mercedes' new compact range sold here.