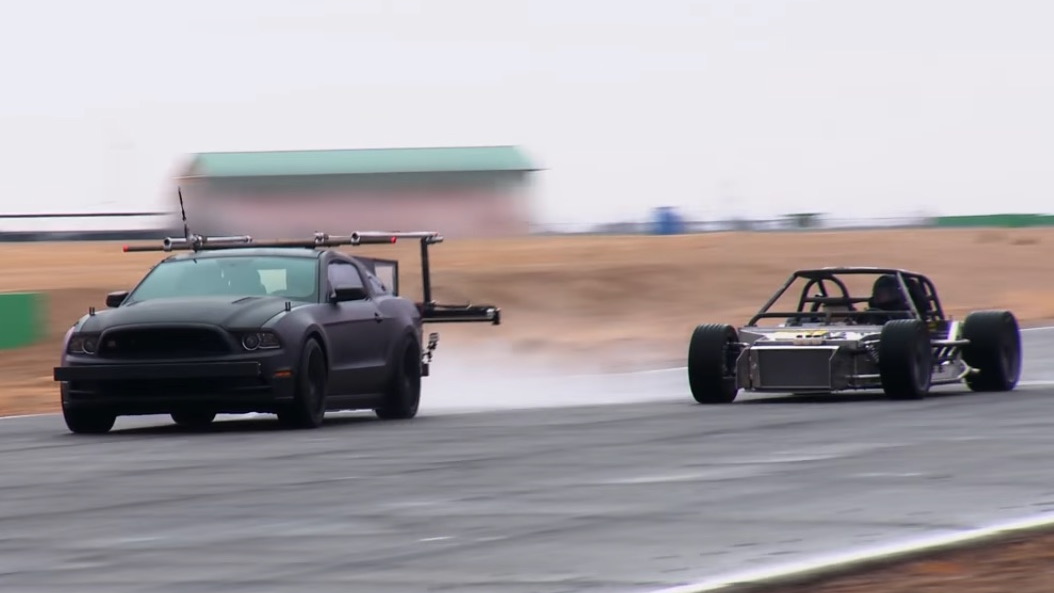 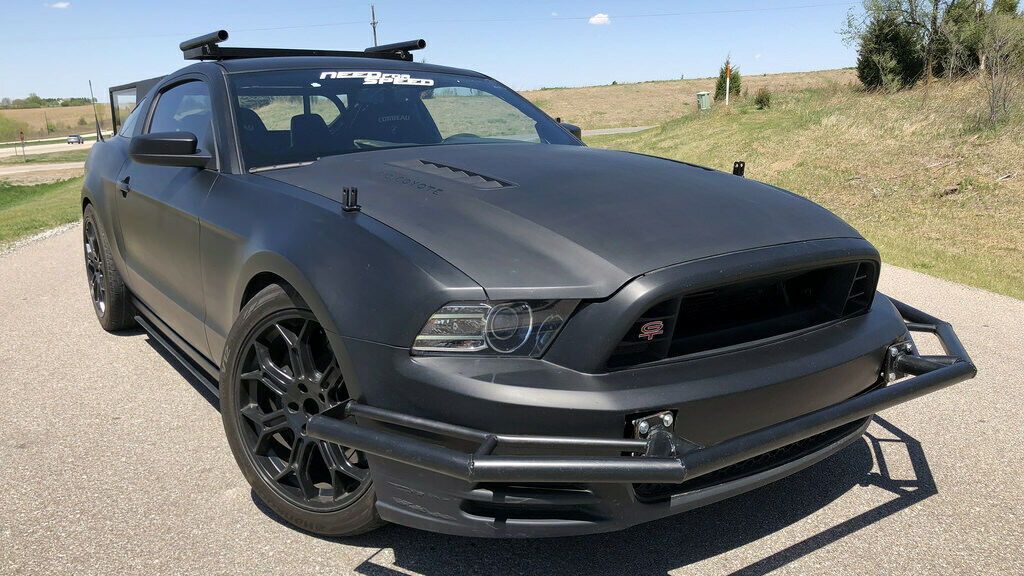 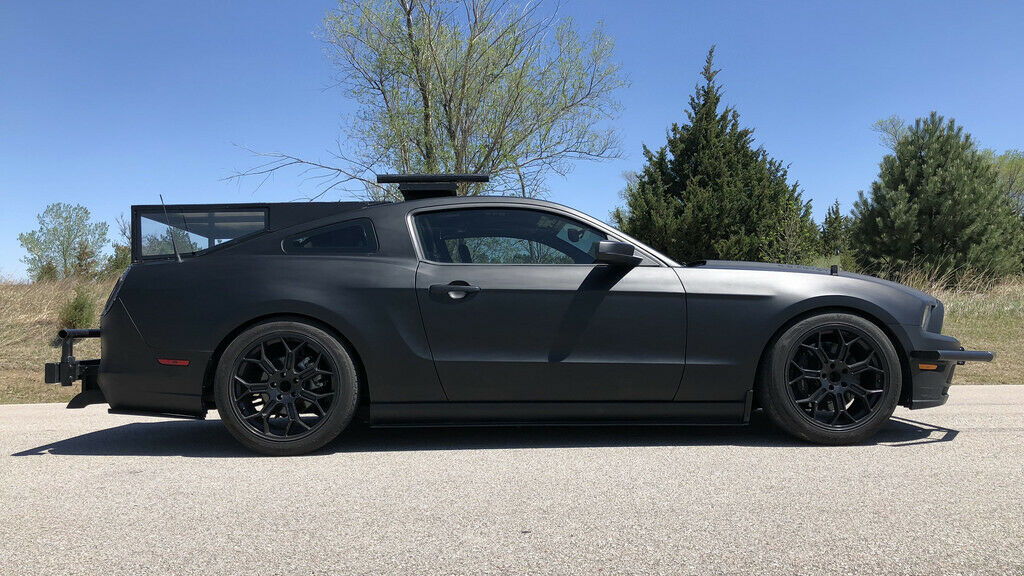 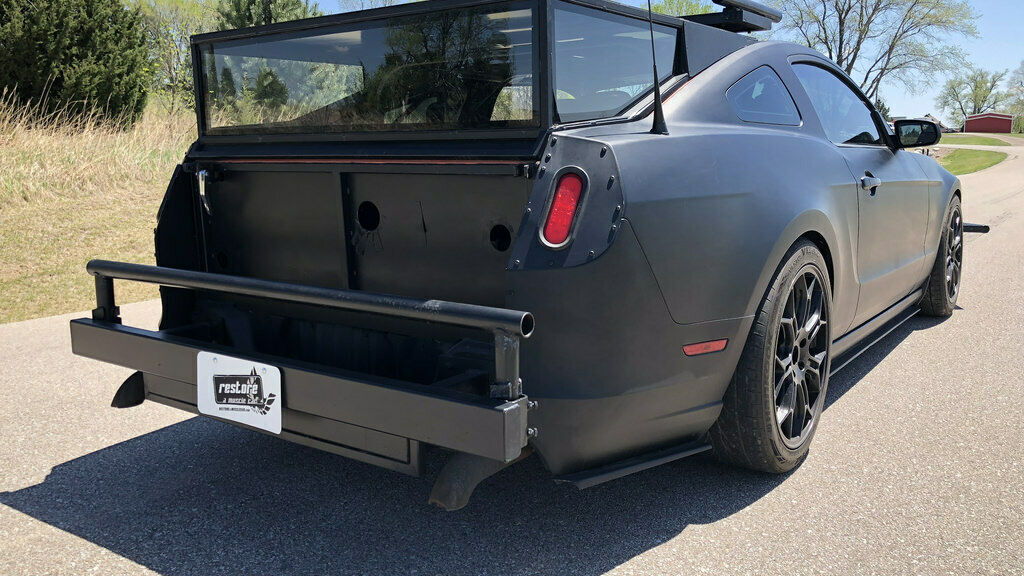 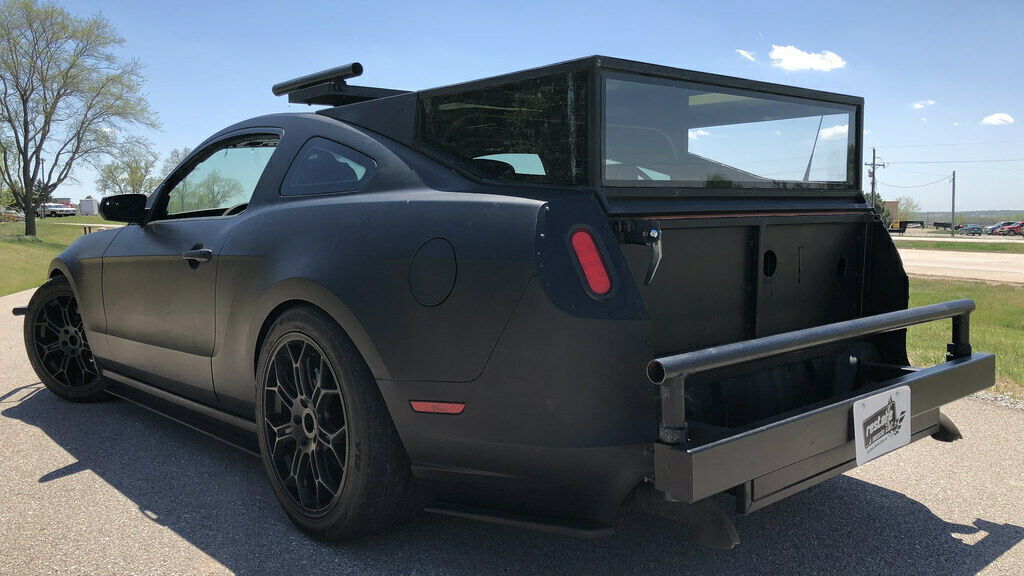 Those in the market to film their own car chases may want to take a close look at this modified 2013 Ford Mustang GT.

Not only has the pony car undergone upgrades from Saleen, it's a full-blown camera car with a glass hatchback. Specifically, the Mustang GT was used to film the "Need For Speed." The 2014 film starred Aaron Paul and loosely followed the action from the long-running video game series.

The car is currently for sale on eBay and the seller provided the lengthy list of upgrades it underwent to shoot some fast cars. Saleen was responsible for the supercharger to boost output to 625 horsepower, 3.73 rear gears, and 14-inch brakes. Other notable highlights include Corbeau Racing seats and a custom roll cage. Just in case filming got a little too wild, we imagine.

Yet, the coolest part of the car is the custom work done to turn it into a camera car. The Mustang GT houses camera mounts throughout the exterior, and as mentioned, the rear is now a hatchback for greater filming versatility. There are additional mounts for gyroscopic cameras as well. One small caveat, though: the front-passenger airbag is missing. The crew removed the airbag to make room for other electronics for shooting. Whoever purchases the car will find an airbag dash light on. The hatch modifications have also thrown a tire sensor out of whack.

Besides that, this Mustang GT is itching to be a neat conversation piece—even if "Need For Speed" wasn't the most critically acclaimed film this decade. The asking price is $34,900.