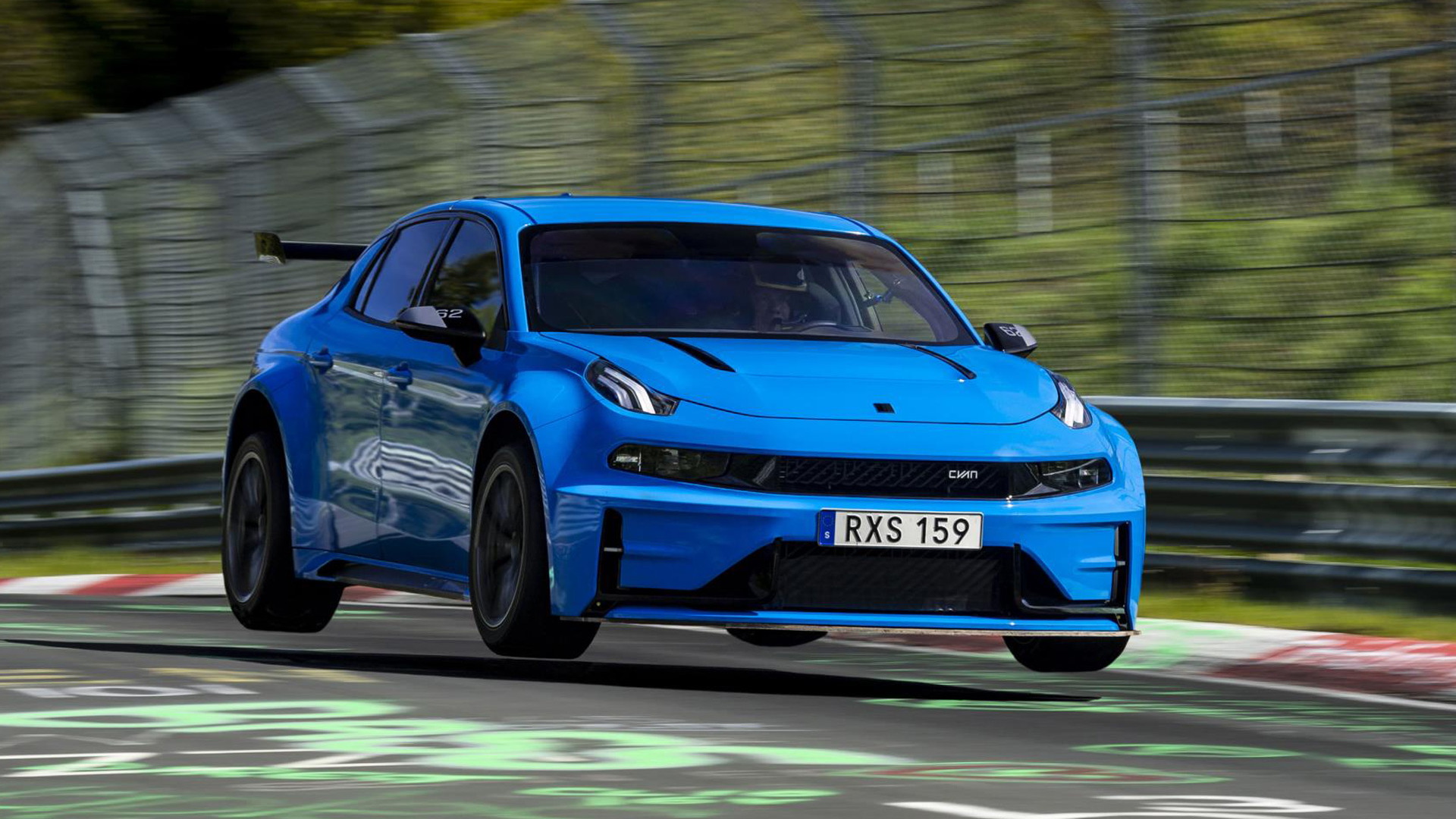 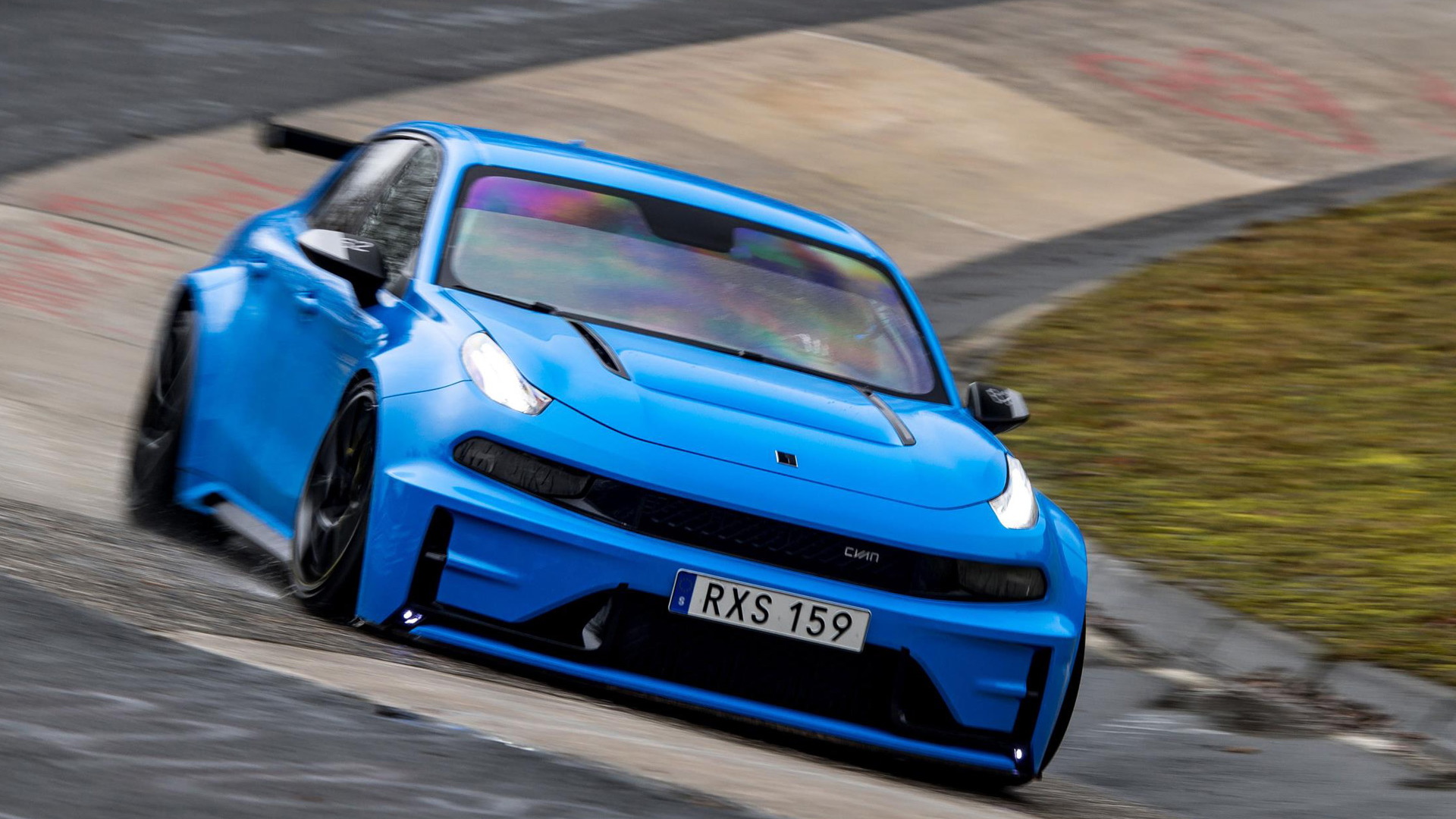 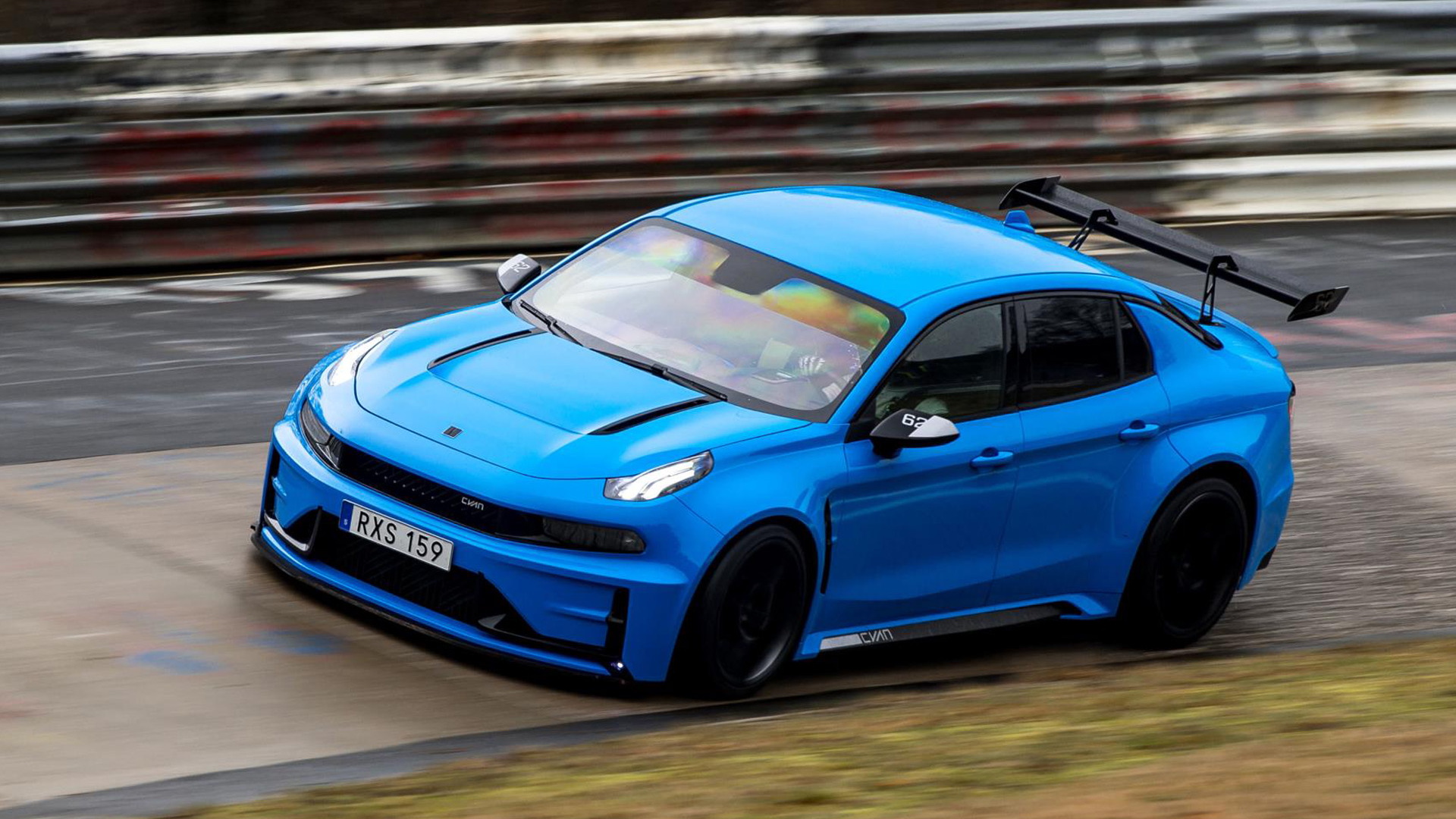 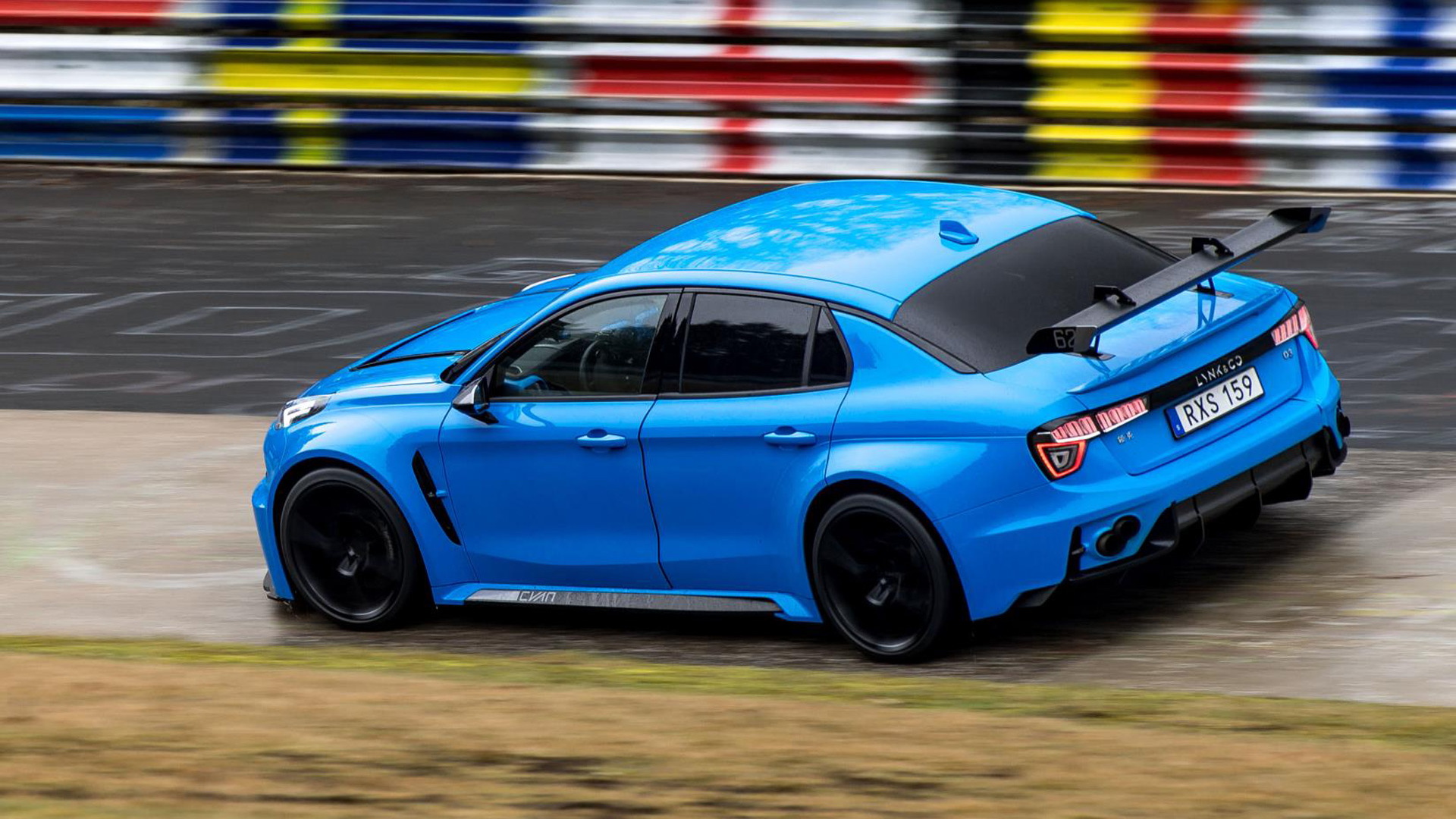 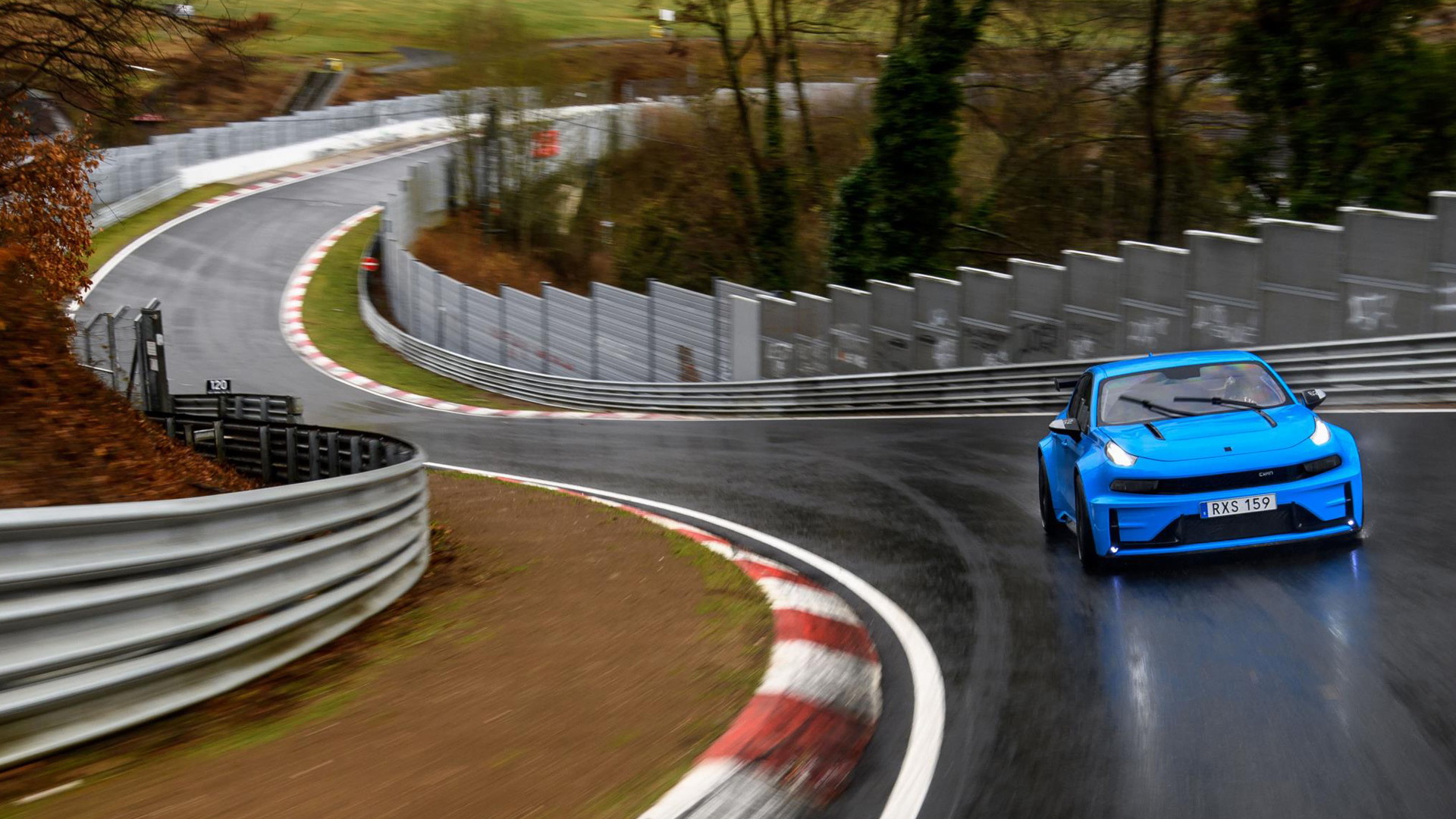 A one-off version of the Lynk & Co. 03 compact sedan is now the fastest street-legal four-door car around the Nürburgring.

The car is the 528-horsepower Lynk & Co. 03 Cyan Concept that we first saw in late 2018, and it's just set a lap time of 7:15.123 at the German racetrack with Swedish racing driver Thed Björk behind the wheel. Impressively, the 03 Cyan Concept is a front-wheel-drive car, meaning its lap time is also the fastest for a street-legal FWD car at the 'Ring.

The car's time compares to the 7:18.361 set by Jaguar's XE SV Project 8 in July, officially the fastest four-door production car around the 'Ring. The fastest four-door car regardless of classification is Subaru's wild WRX STI Type RA NBR, which in 2017 ran a time of 6:57.5.

The 03 Cyan Concept was built by Lynk & Co.'s official motorsport partner, the Cyan race team, as a road car counterpart to the 03 TCR race car. It was built as a development platform for future performance cars from the Lynk & Co. brand, in the same way that Polestar started off building wild, one-off Volvo concepts before it started tuning Volvo production cars. Cyan is actually the former racing arm of Polestar, which remained independent after Polestar was acquired by Volvo in 2015.

For the 03 Cyan Concept, the engineers tuned the standard 03's 2.0-liter turbocharged inline-4 to make 528 horsepower and 372 pound-feet of torque. That's a lot of power to send through the front wheels, but it launches the car from 0-60 mph in 4.4 seconds on its way to a top speed of 193 mph. The concept also features a 6-speed sequential transmission, Ohlins adjustable dampers, 20-inch wheels, 285/35-size street-legal tires, and front 14.9-inch brake discs with six-piston calipers.

While the 03 Cyan Concept may not actually reach production, you can bet that the lessons Lynk & Co. and Cyan learn while further developing it will find their way into future road cars from Lynk & Co. The brand is part of Geely, which also owns Volvo. So far, Geely has only launched Lynk & Co. in China but has plans to break into the European market. Eventually, it wants to sell cars in the United States, too.