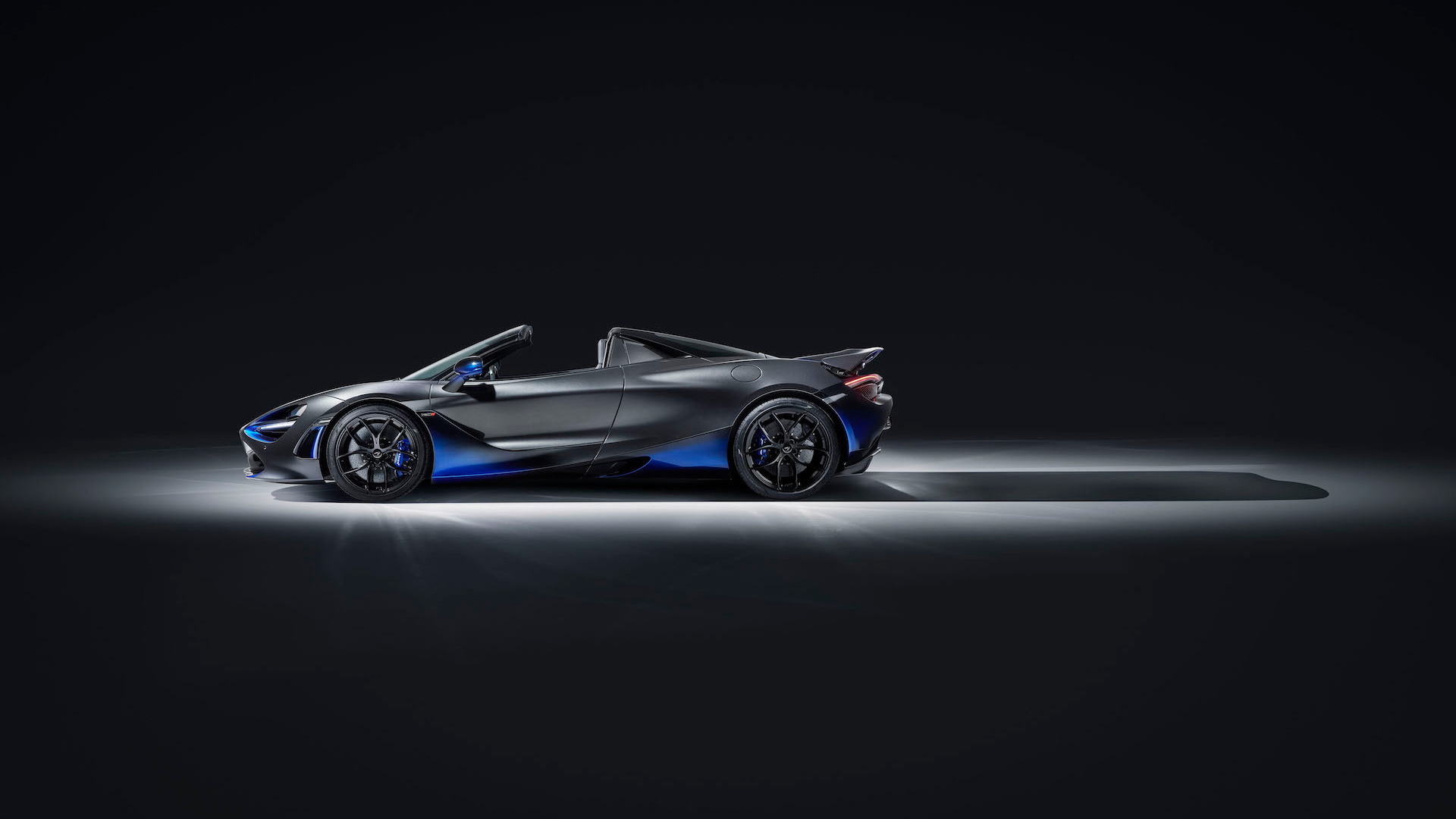 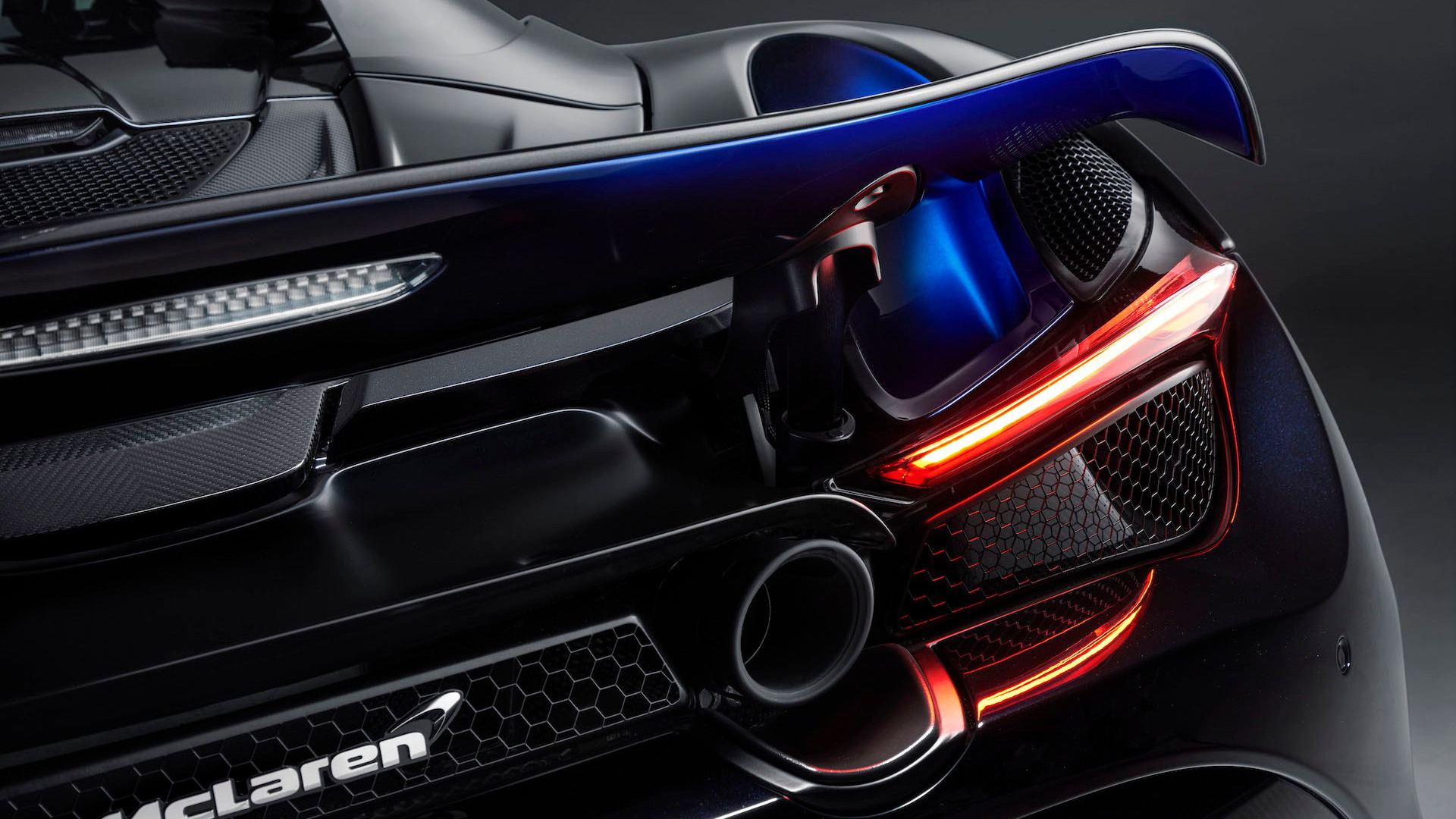 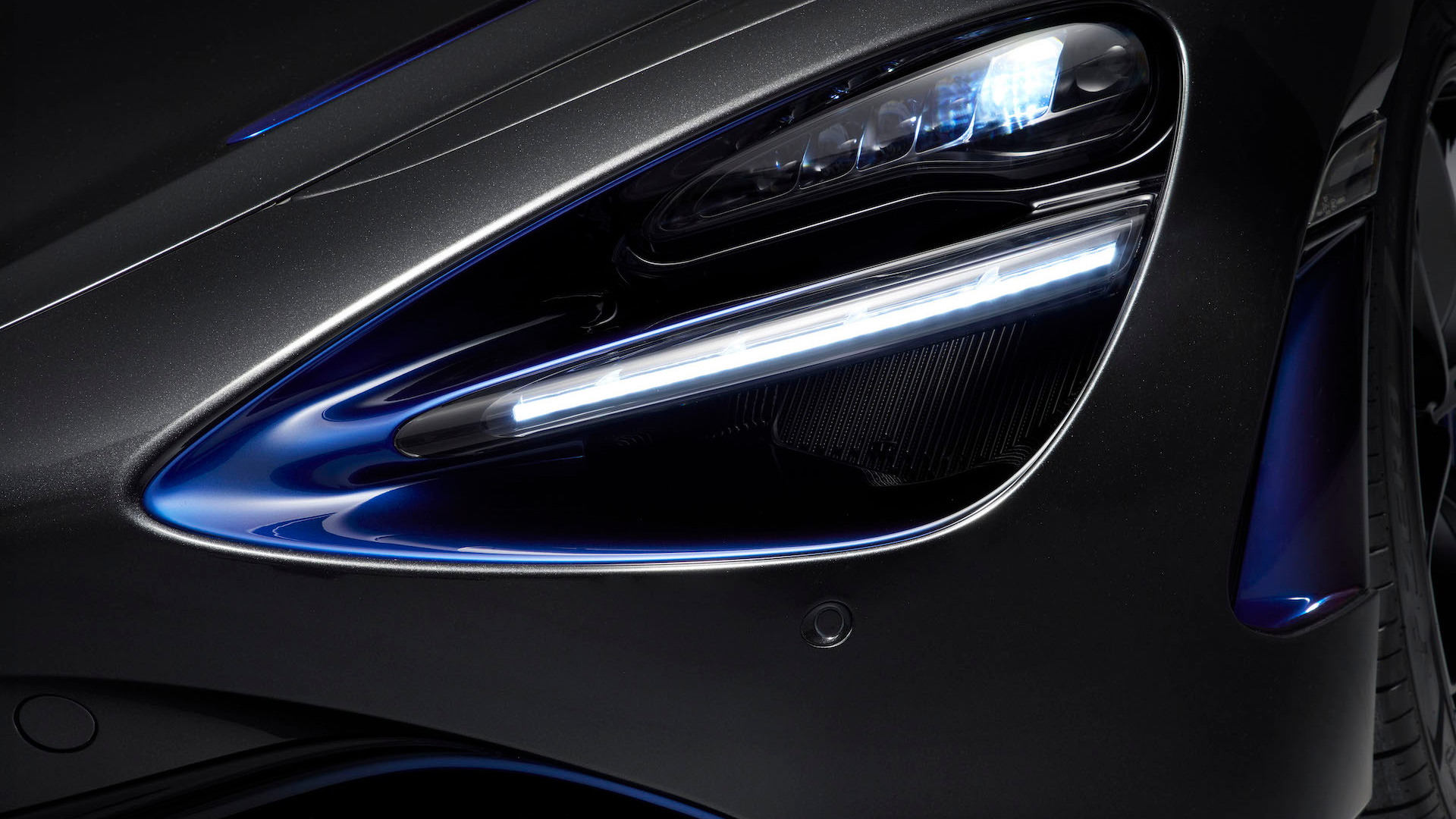 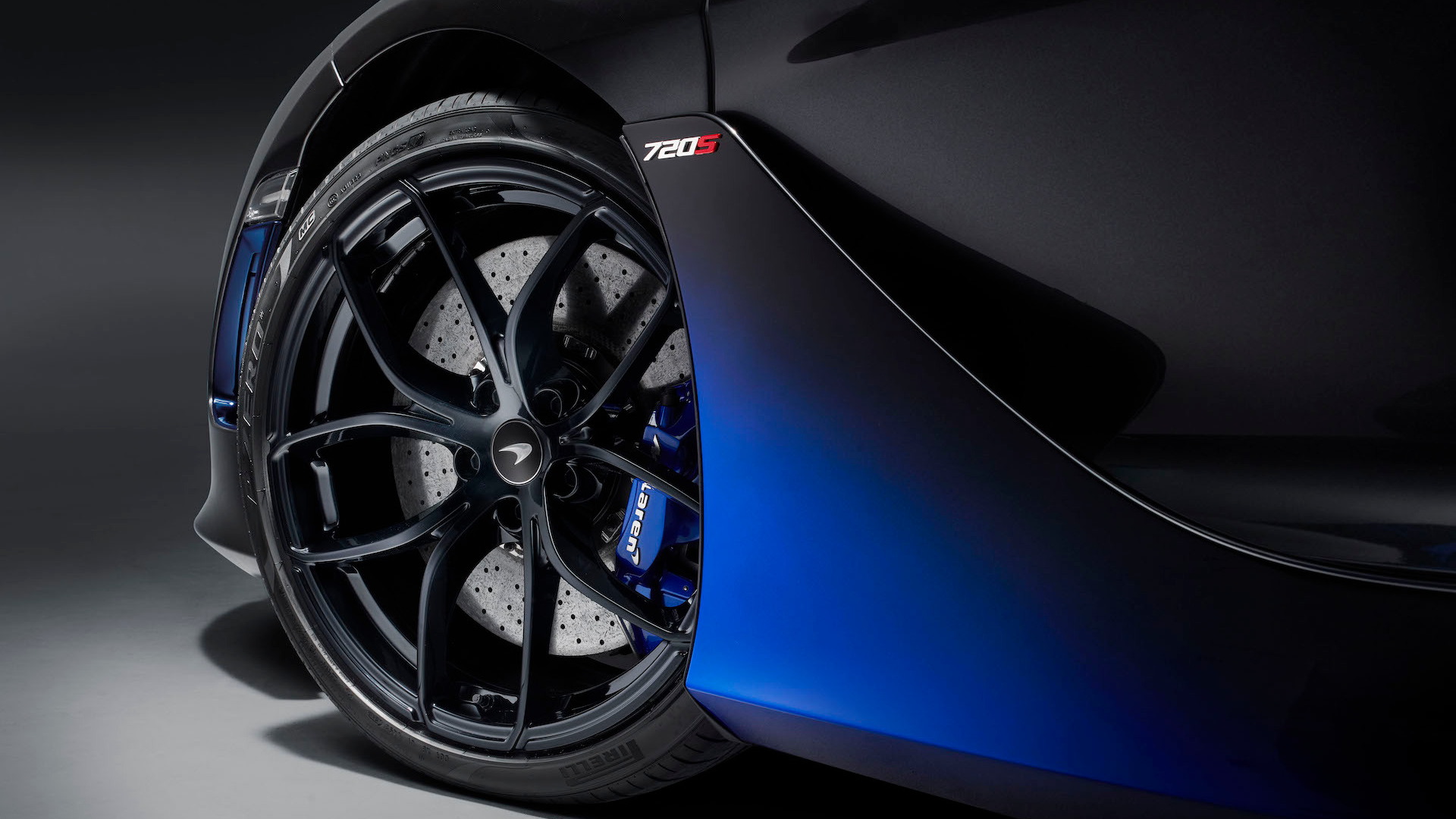 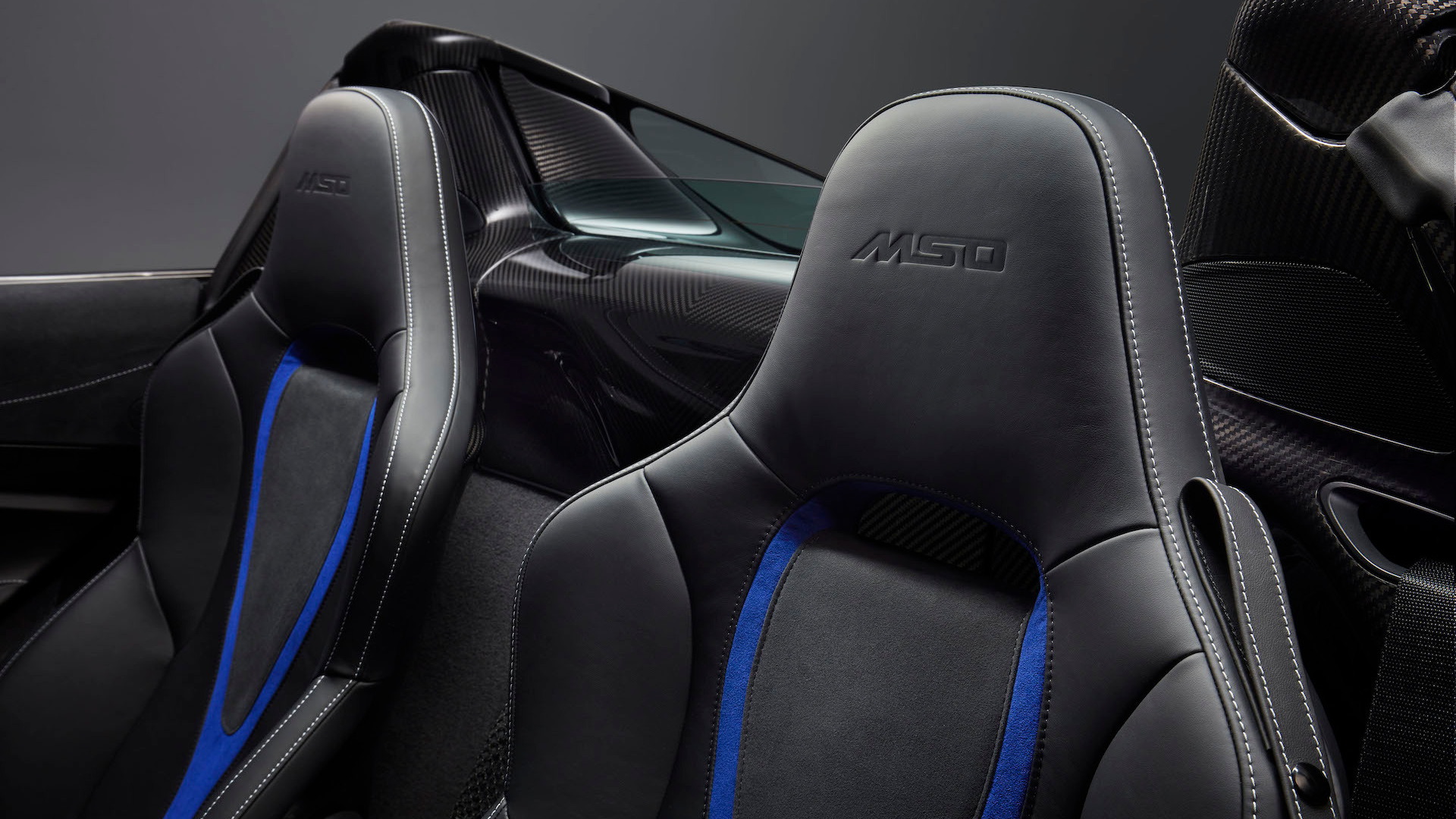 It's pretty much common practice these days to see McLaren Special Operations flex its creativity to show off the possibilities within the department. This time, MSO tackled the McLaren 720S Spider with a unique color palette to show how the supercar "breathes."

Revealed Wednesday at the 2019 Geneva International Motor Show, the supercar features a Meteorite Gray exterior with highlights done in Cerulean Blue, Abyss Black, and Burton Blue. The tri-tone paint finish, which McLaren calls Coriolis, uses advanced technologies within MSO to apply the paint as shown. The look is a subtle one, but the neatest thing is why the blue is where it is. Over 260 hours, MSO applied the blue highlights to show where engineers worked to manage airflow around the car. Literally, where the shots of blue sit is where air flows around the 720S Spider.

It's visible in minor crevices on the front fascia, on the bottoms of the mirrors, flows along the skid skirts, and glows underneath the rear wing. All in all, it's a pretty mesmerizing look.

To keep the black, gray, and blue themes running, there are 10-spoke lightweight wheels finished in the same Abyss Black and with Burton Blue brake calipers peeking out behind them. MSO also fitted the supercar with carbon fiber accessories including the rear deck, diffusor and B-pillars. A custom exhaust is also equipped. The carbon fiber accents also play nicely with the Stealth Pack, which adds slightly darker tones to the exhaust, air brake, and window surrounds.

The cabin carries Burton Blue on some areas and contrasts this with Jet Black upholstery. Every other component is finished in carbon fiber, per the brand.

As always, the 720S Spider in Geneva is meant to be somewhat of a walking advertisement for MSO. When customers are paying hundreds of thousands of dollars for supercars, he or she may as well go the extra mile and make it their own.