One of the main developers and co-creator of the Head And Neck Safety (HANS) device, Dr. Robert Hubbard, passed away Tuesday after a long battle with Parkinson's Disease. He was 75 years old.

Hubbard's work to create the HANS revolutionized motorsports safety, and today, a HANS is the global standard for amateur and professional racing leagues and sanctioning bodies. Formula One, NASCAR, IndyCar, IMSA, the SCCA, and numerous others all require racers use HANS devices to ensure the drivers' safety in the event of a crash. 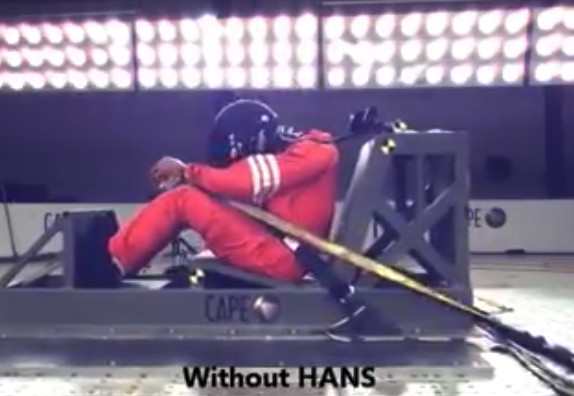 The HANS device works to restrict neck movement in the event of hard braking, or worse, a frontal impact crash. It tethers the racer's helmet and allows for minimal movement for the driver to operate the car, but keeps a driver's neck from whipping forward with immense force in the event of a crash. The whiplash from such an impact is often enough to cause serious head and neck injury, or in the case of basilar skull fracture, death. The latter is what tragically killed NASCAR legend Dale Earnhardt in 2001.

Hubbard began developing a system to help prevent serious injury in 1981 after a fatal crash in IMSA. He partnered with Jim Downing, an IMSA racer, to develop what eventually became known as the HANS. After numerous variations, time, and investment, the pair were able to scale down the system's bulk and it was accepted as a gold standard of motorsport safety.

The HANS device reached the market in the 1990s and has undoubtedly saved hundreds of lives in the process, thanks to Dr. Hubbard's work.