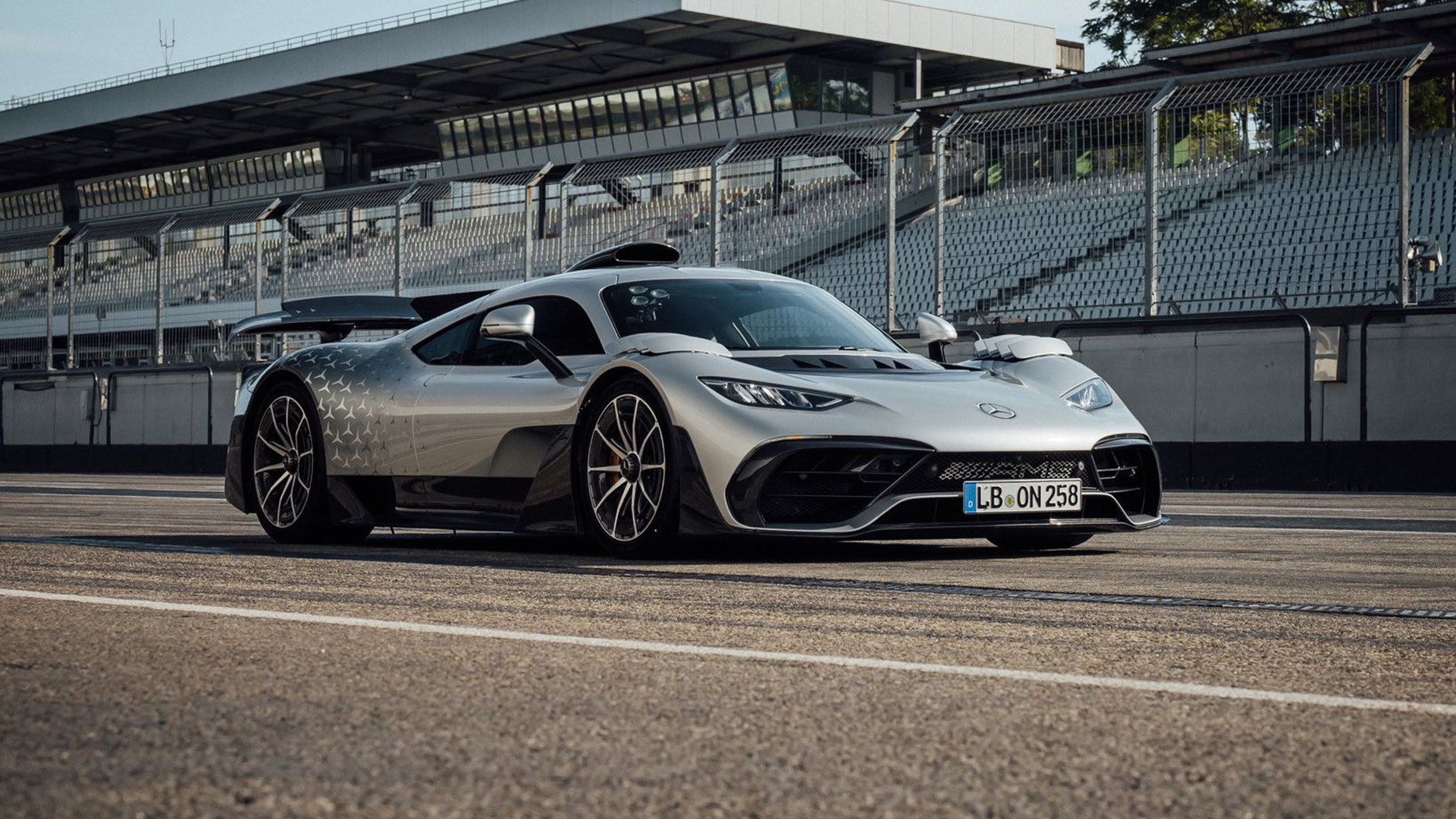 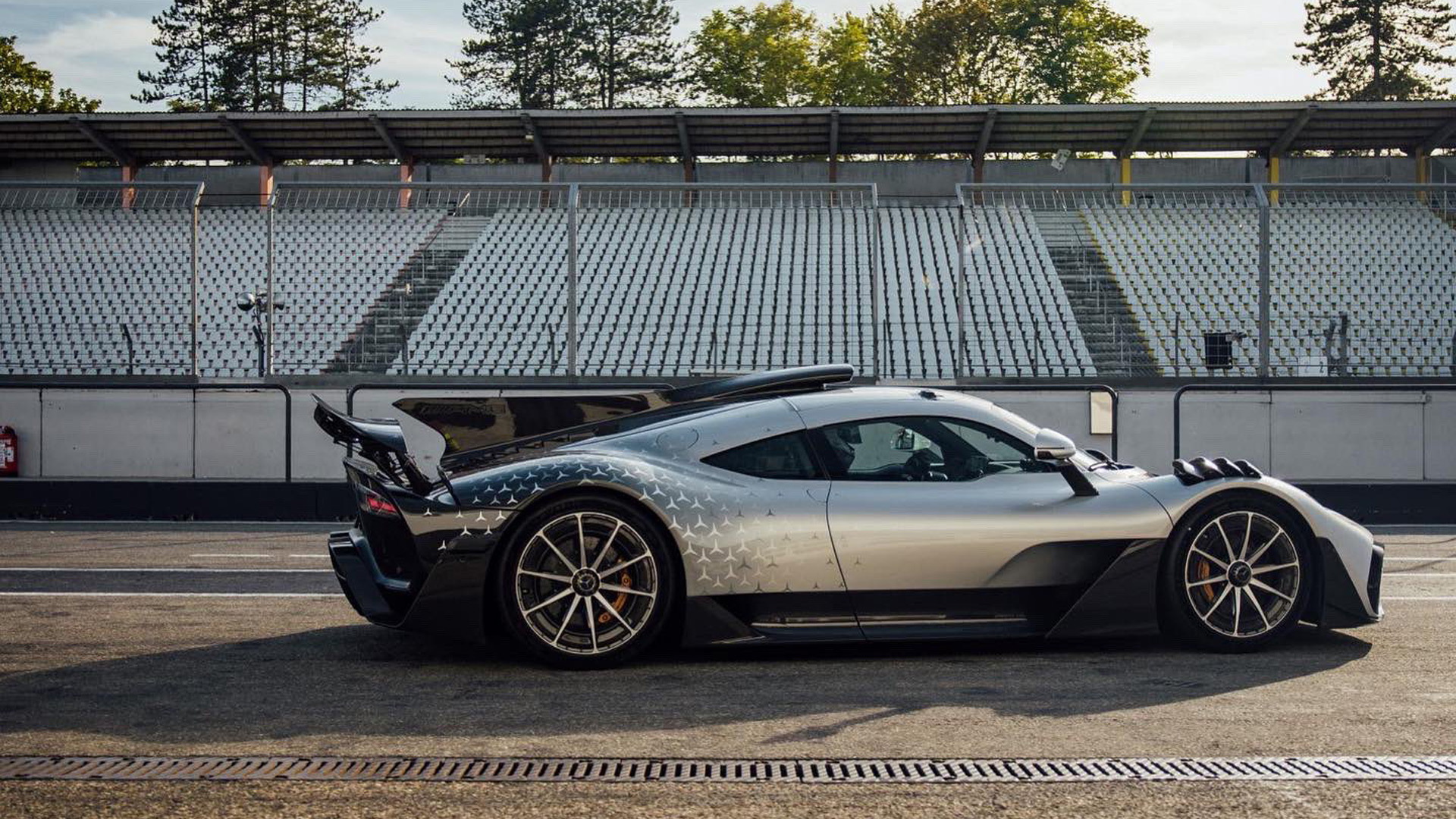 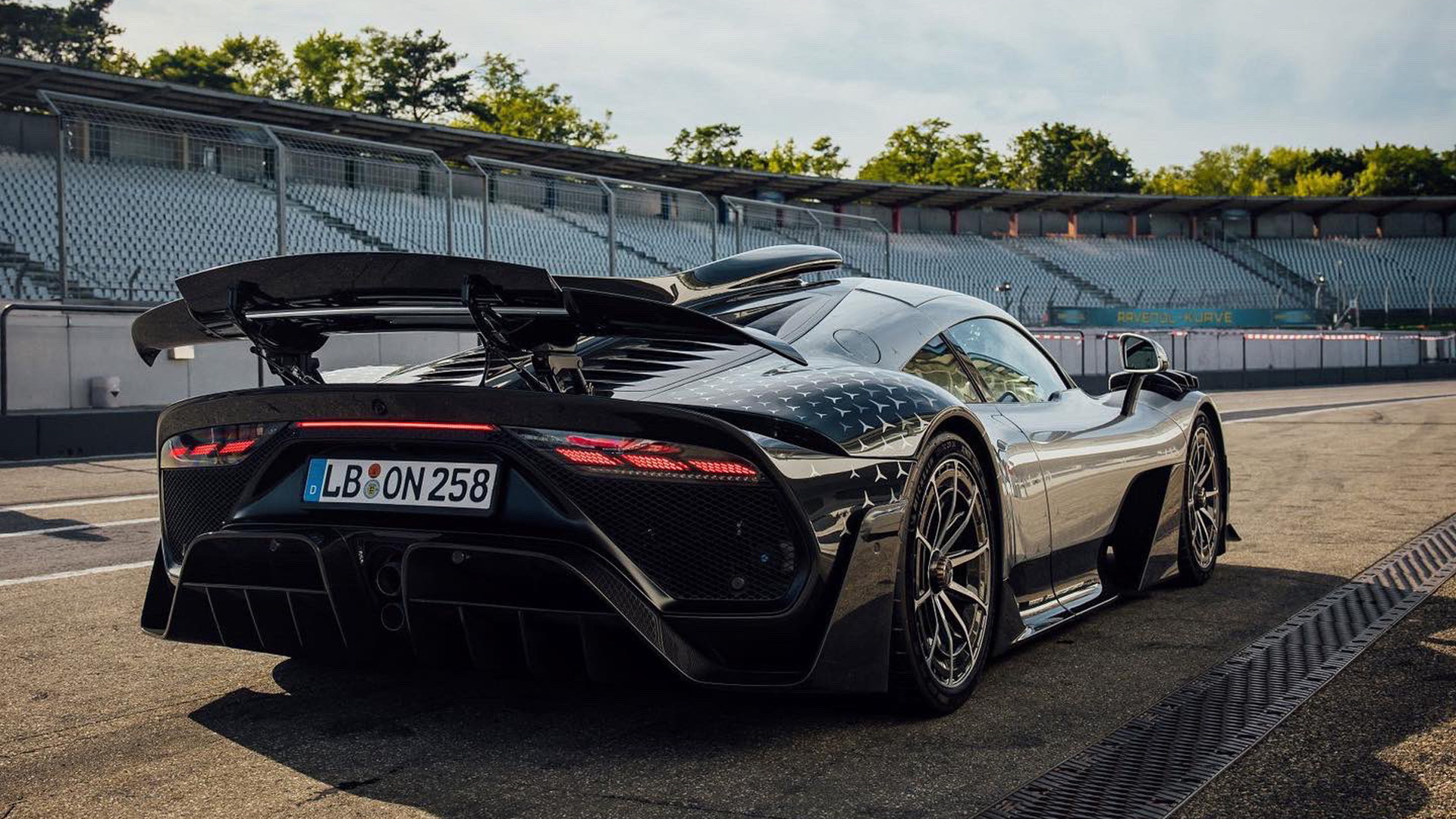 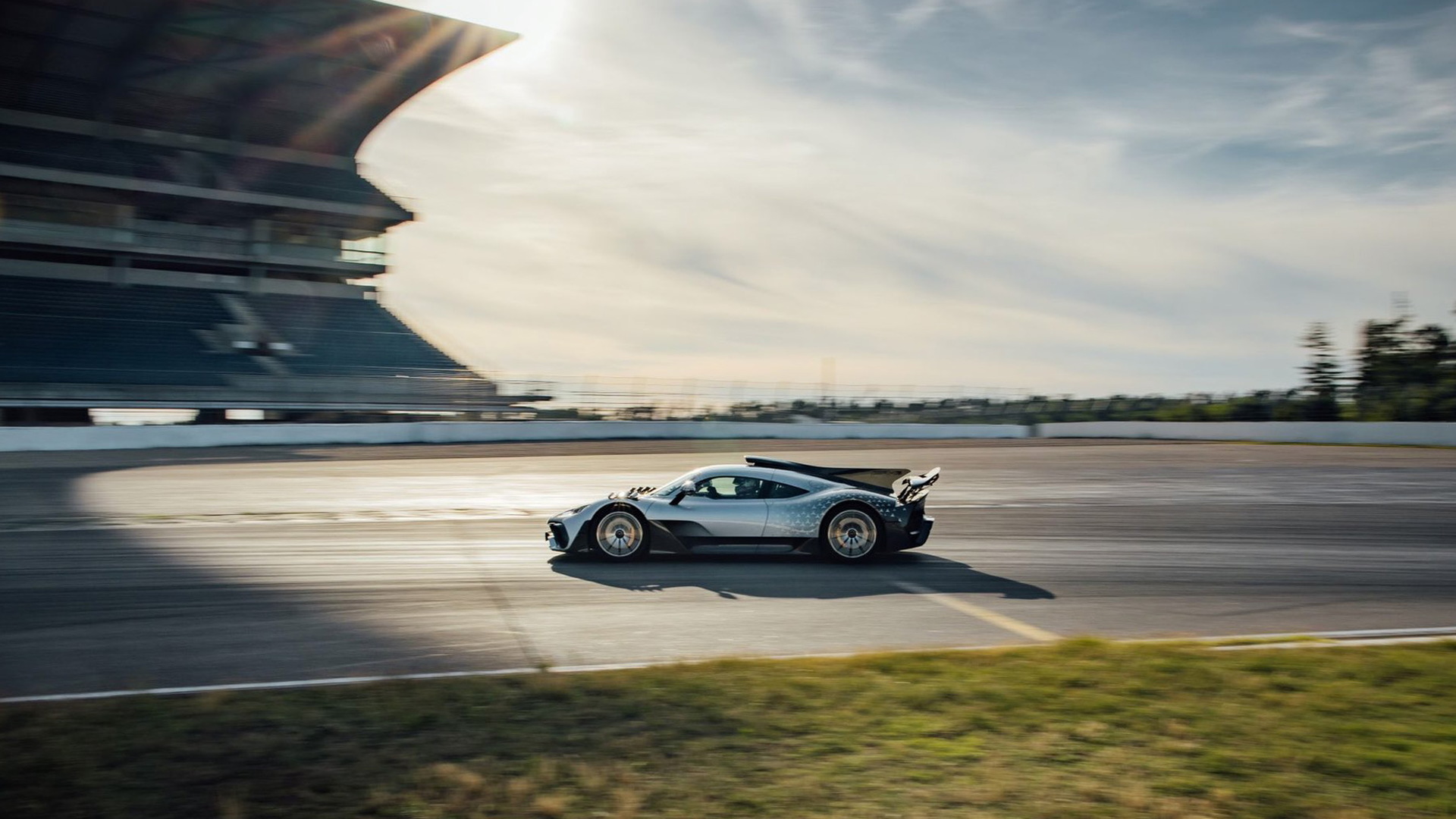 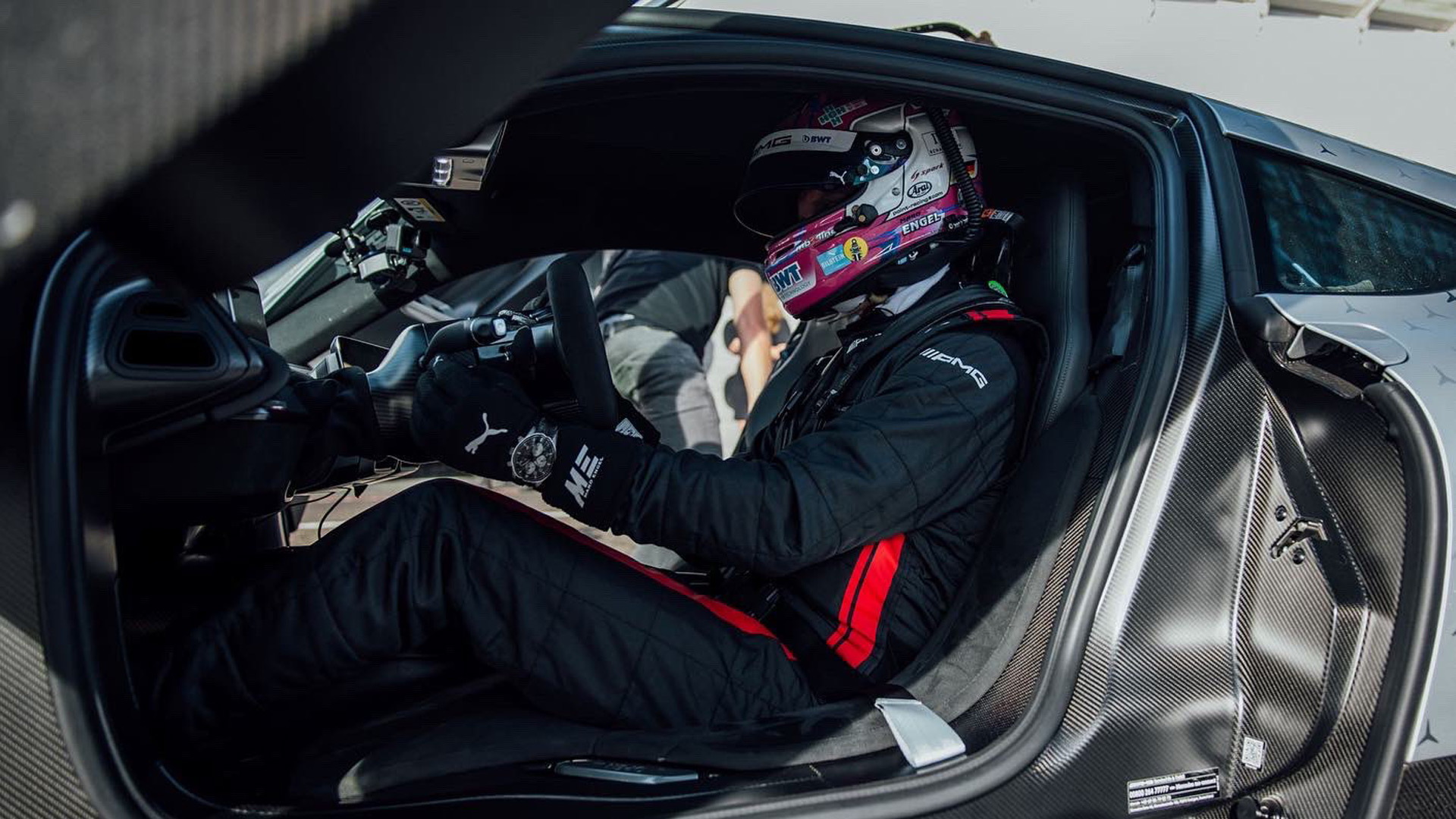 The production version of the Mercedes-Benz AMG One hypercar was finally revealed in June and the first examples will be delivered to eagerly awaiting customers later this year—a five-year wait since the reveal of the concept at the 2017 Frankfurt International Motor Show.

AMG has boasted the One will come close to matching the performance of Formula 1 and top-level sports prototype race cars out on the track, and last week the company released a video of the car storming Germany's Hockenheimring racetrack, with Mercedes Formula E driver Maro Engel behind the wheel.

This is ULTIMATE PERFORMANCE! @MaroEngel took the wheel of our Mercedes-AMG ONE. #AMGONEandOnly

Like us, you're probably dying to know what the car and its F1 engine sound likes when driven in anger, and thankfully the video doesn't disappoint. However, what we still don't have are any track times. The video cuts short before Engel completes a lap. As a guide, the lap record for the Hockenheimring's current 2.84-mile grand prix track is 1:13.780, set in 2004 by Kimi Raikkonen in a McLaren F1 race car.

The One is powered by the same engine found in the current crop of cars raced by the Mercedes-Benz AMG F1 team. It's a 1.6-liter turbocharged V-6, specifically the unit from the championship-winning race car from the 2015 season.

The One actually features a more sophisticated powertrain than the F1 car, though. While in the race car there's only the turbocharged V-6 and a motor-generator driving the rear wheels, plus a second motor-generator integrated with the turbocharger, the One has two additional motor-generators. These drive each of the front wheels and provide the One with all-wheel drive. Peak output is 1,049 hp, though the car is relatively heavy for a two-seater, weighing in at 3,737 pounds, or close to the weight of a Ford Mustang GT.

Maro Engel drives the Mercedes-Benz AMG One at the Hockenheimring

AMG plans to build just 275 examples of the One, each priced at 2.275 million euros (approximately $2.295 million), and all build slots are gone.

Even though a lot of those build slots went to customers in the U.S., AMG wasn't able to certify the car and its finicky F1 engine for sale here without a substantial loss in performance. There is some hope for U.S. customers in the form of the Show or Display rule. Under the rule, non-U.S. certified cars with historical or technological significance can be granted permission for private import, albeit with restrictions, such as annual mileage limited to 2,500 miles.