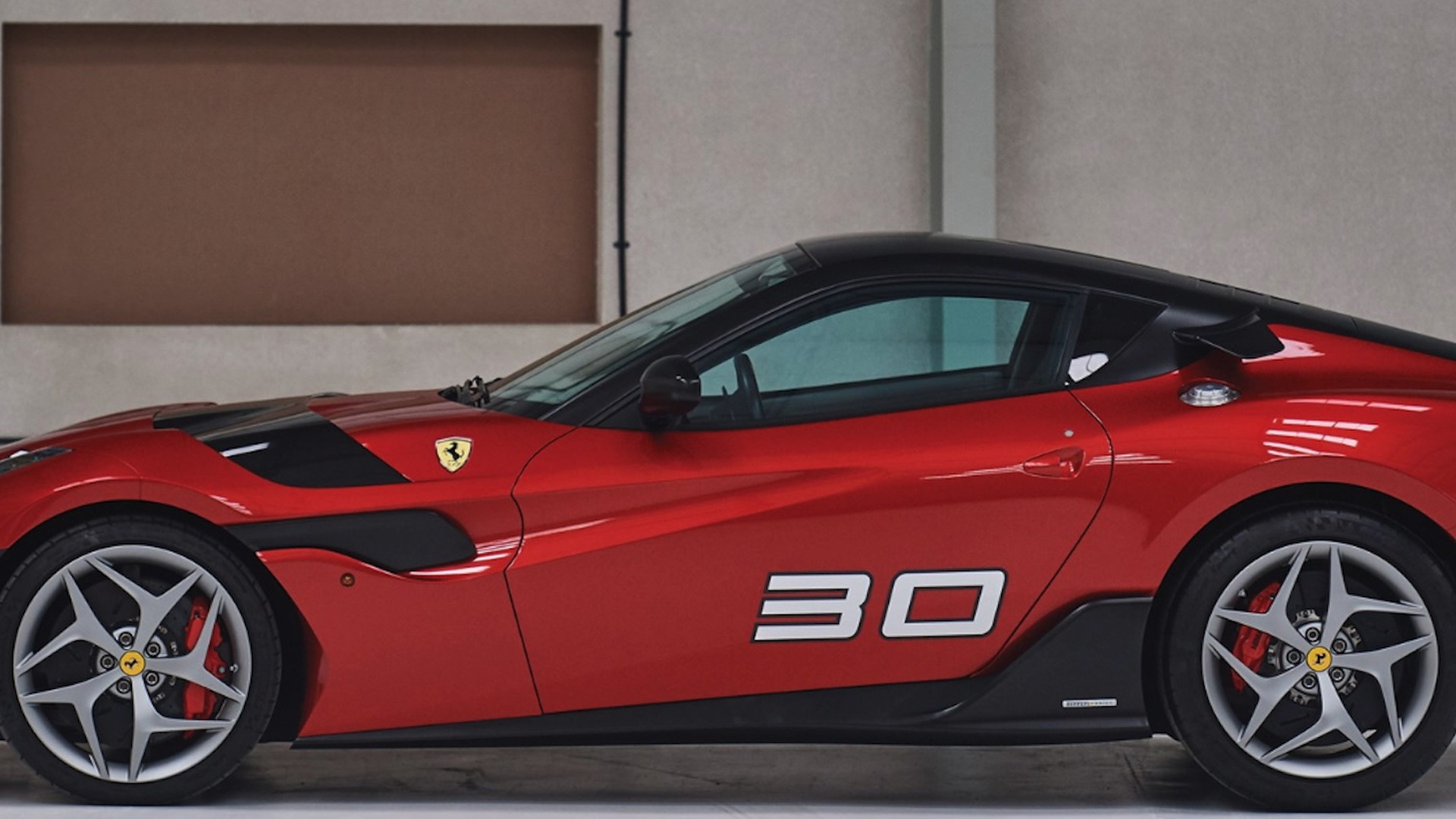 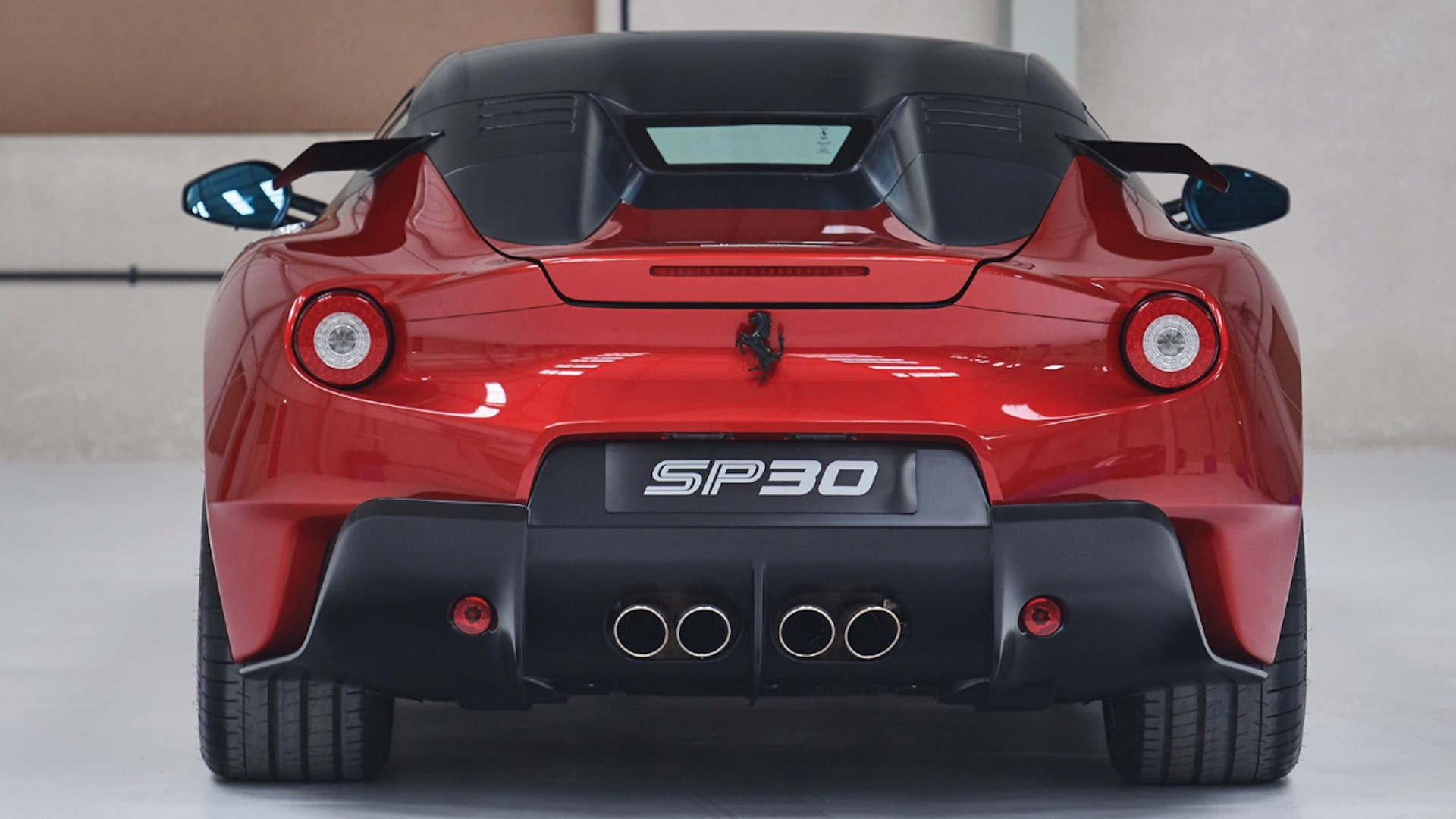 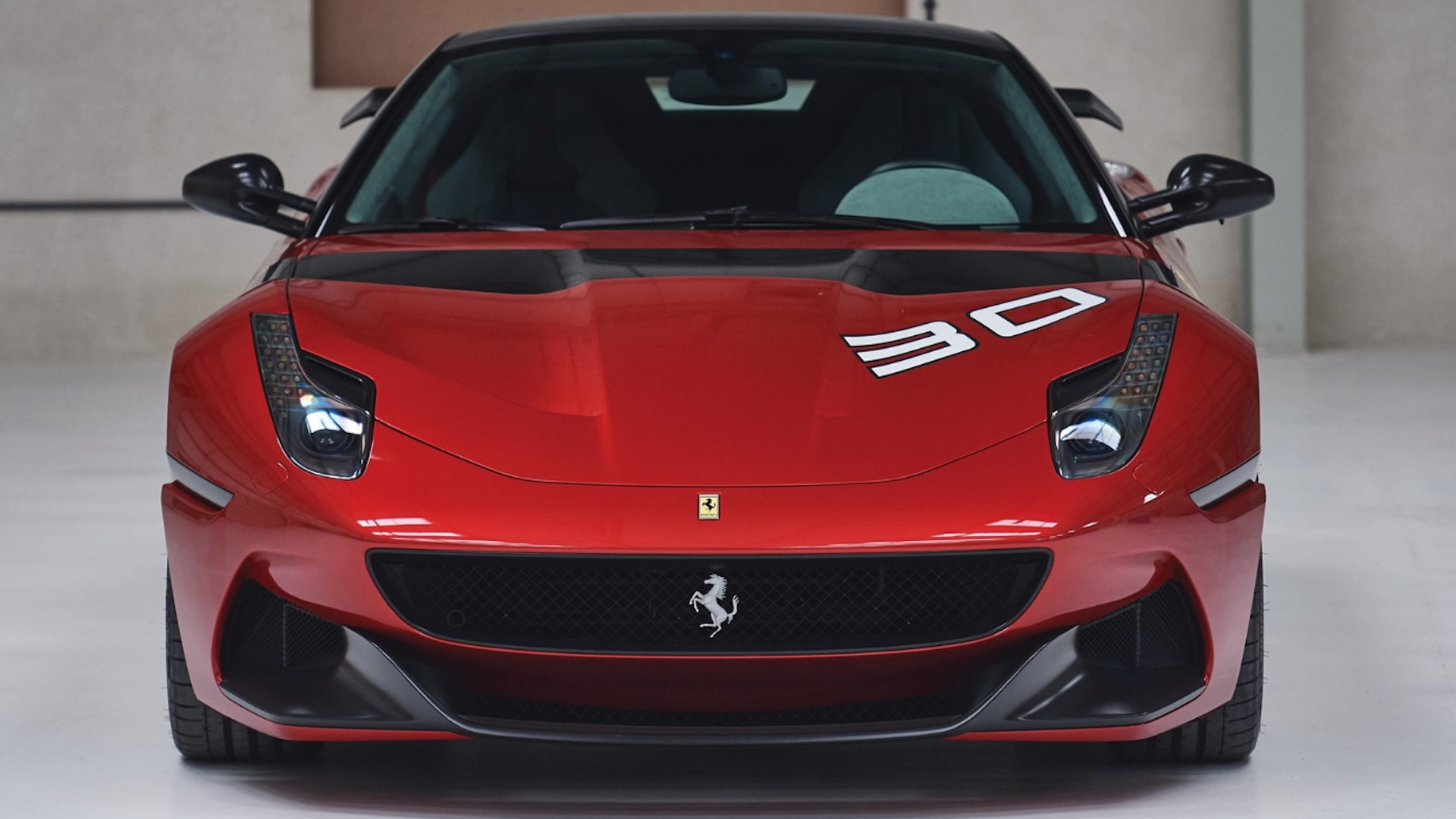 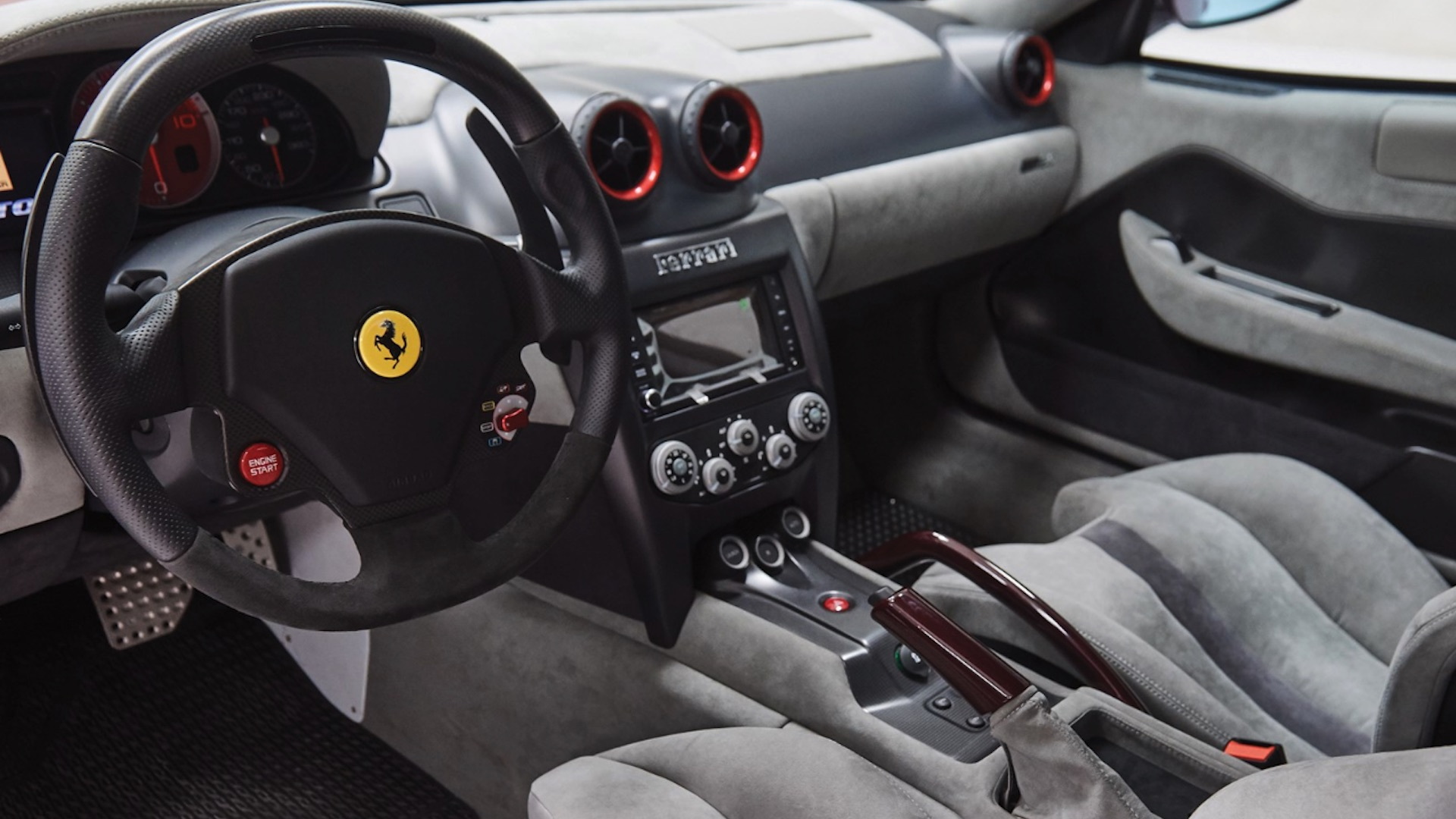 This could be the first time a Ferrari Special Projects car will cross the auction block, and that should make it a high-bid piece of machinery.

According to the auction consignment information, Ferrari has made about 40 special coachbuilt cars for clients since the Special Projects operation began in 2008. The public has likely never seen all of them, as some commissioners keep their cars cloaked in secrecy.

The SP30 was commissioned by a buyer in the United Arab Emirates, who has hardly driven the car since taking delivery. It shows just 110 kilometers on the odometer or about 68 miles.

Underneath the design is a 599 GTO chassis and drivetrain. The body is totally unique, with some other Ferrari cars providing inspiration and a few pieces.

The rear features winglets and speedster-esque humps, and 599 taillights grace the one-off Ferrari. Up front, a 458 Italia provided the donor headlights, and the hood appears to feature design elements we wouldn't see until the F12tdf graced this world.

Inside, it's a mashup of early-decade Ferraris. Many of the components also come from the 599 GTO, but the 612 Scaglietti donated the center infotainment screen.

Otherwise, the trimmings are proper Ferrari with carbon-fiber, two-tone gray Alcantara, and red carbon fiber on the handbrake and grab handles. The SP30 doesn't feature a single carpeted surface.

RM Sotheby's will handle the car's auction at a Paris sale on Feb. 6. Those seriously interested in bidding will need to register in advance for the star car. They'll also need to call to find out what the experts believe it could go for. And then they'll need to prepare to write a very big check.