Future Jaguar and Land Rover vehicles will help passengers avoid motion sickness as the brands announced on Wednesday that new research has helped engineers understand how to keep nausea at bay while traveling.

The brands' motion-sickness research has helped create an algorithm to gauge the condition of passengers in the car. A "wellness score" takes many variables into account and provides a final determination to understand when passengers begin to feel sick.

Biometric sensors record physiological signals, which a system analyzes alongside motion and dynamics data. JLR said the system is so precise that the car will know when a passenger is feeling sick before the human body warns a person. 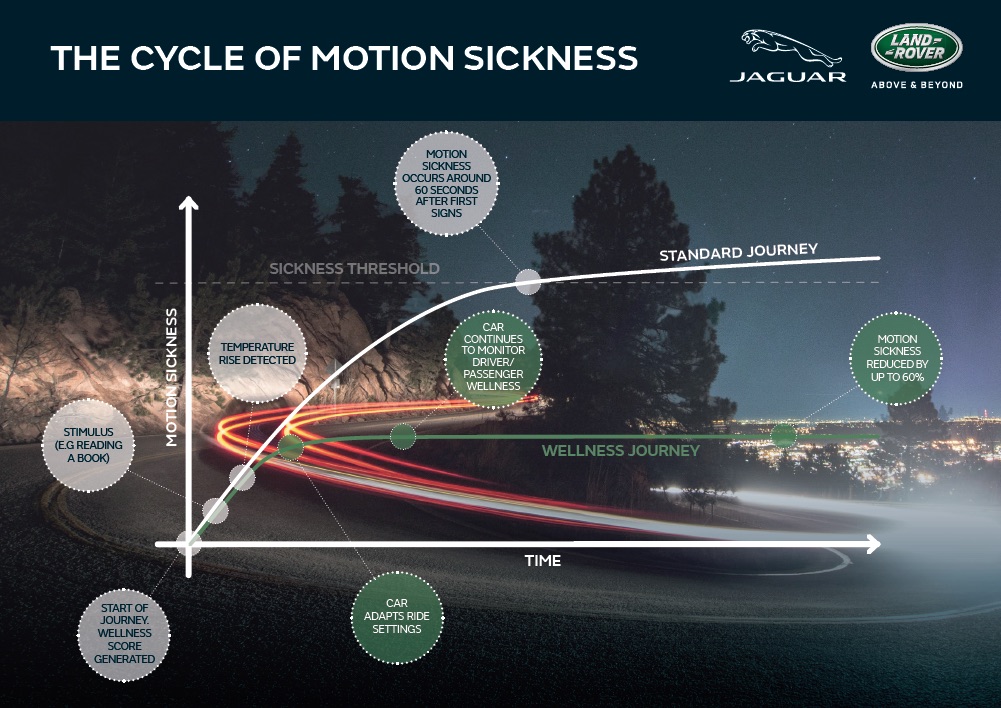 Motion sickness mostly occurs in children, but numerous adults also suffer from sick feelings in the car—JLR said 70 percent of people experience motion sickness. The circumstance occurs when the eyes take in information that differs from what the inner ear and skin sense. Often times, motion sickness happens while passengers read since their eyes do not register other forces in the car.

In 15,000 miles of motion-sickness data testing, JLR found its system reduced motion sickness by up to 60 percent. When the car's system detects a passenger's biometrics beginning to lean toward sickness, the car automatically adapts its dynamics and cockpit settings to stop nausea. The tests also covered the system's effects on passengers as they performed a task, such as checking email.

JLR said it's important to continue research on minimizing motion sickness, especially as we approach a time when self-driving cars begin to take off. With more time in the car to perform other tasks, automakers will need to ensure passengers don't dread self-driving cars.