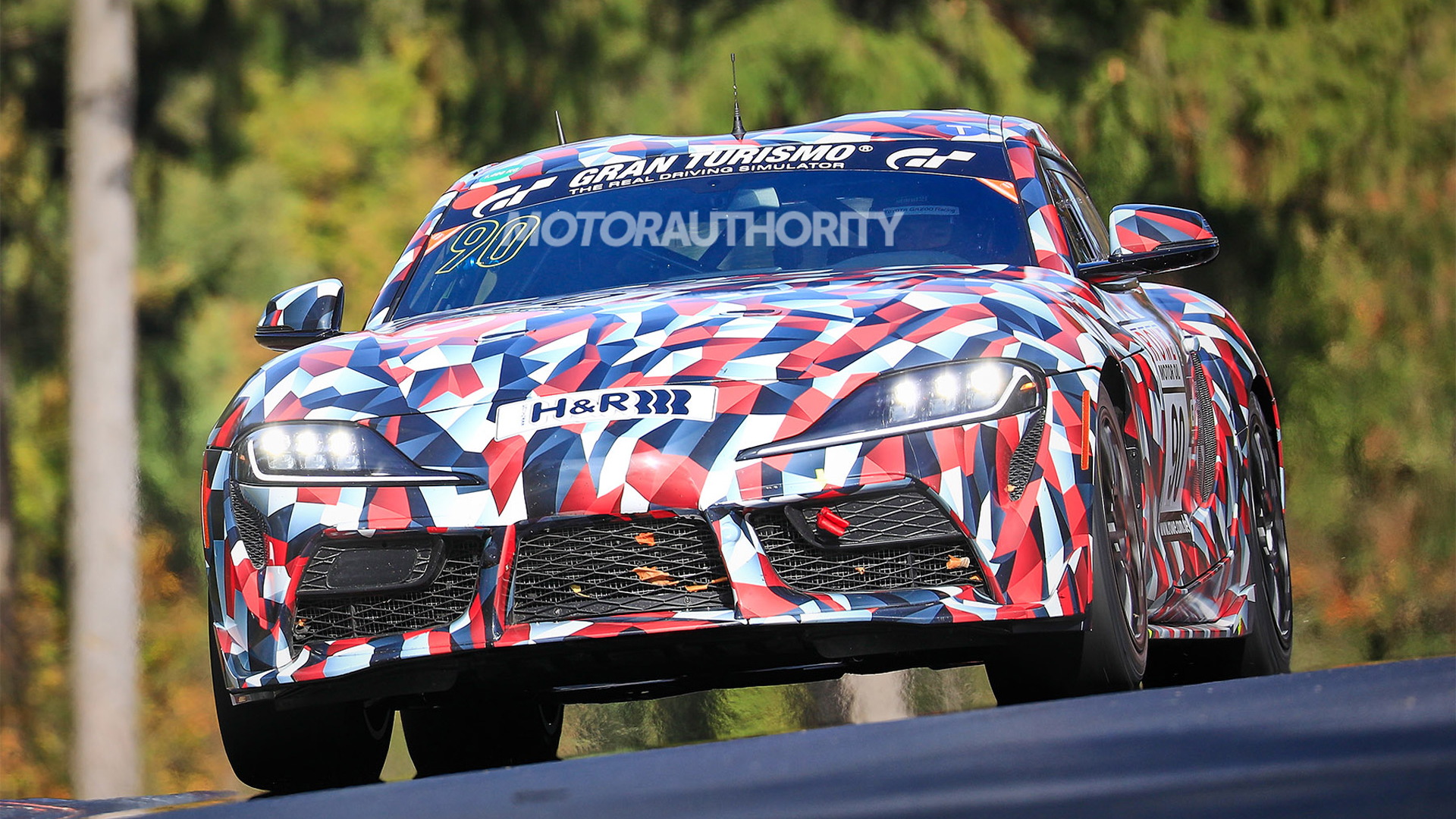 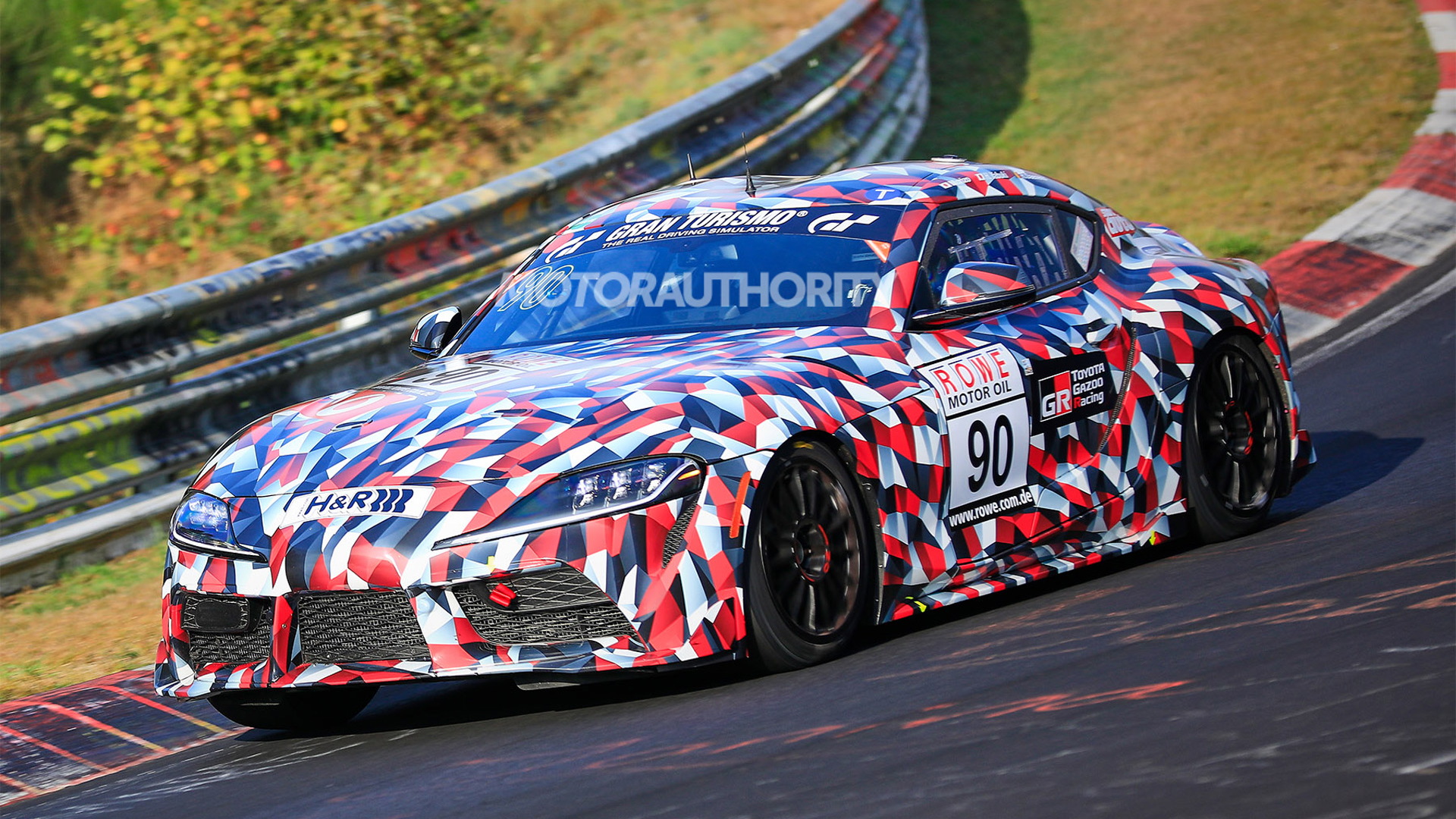 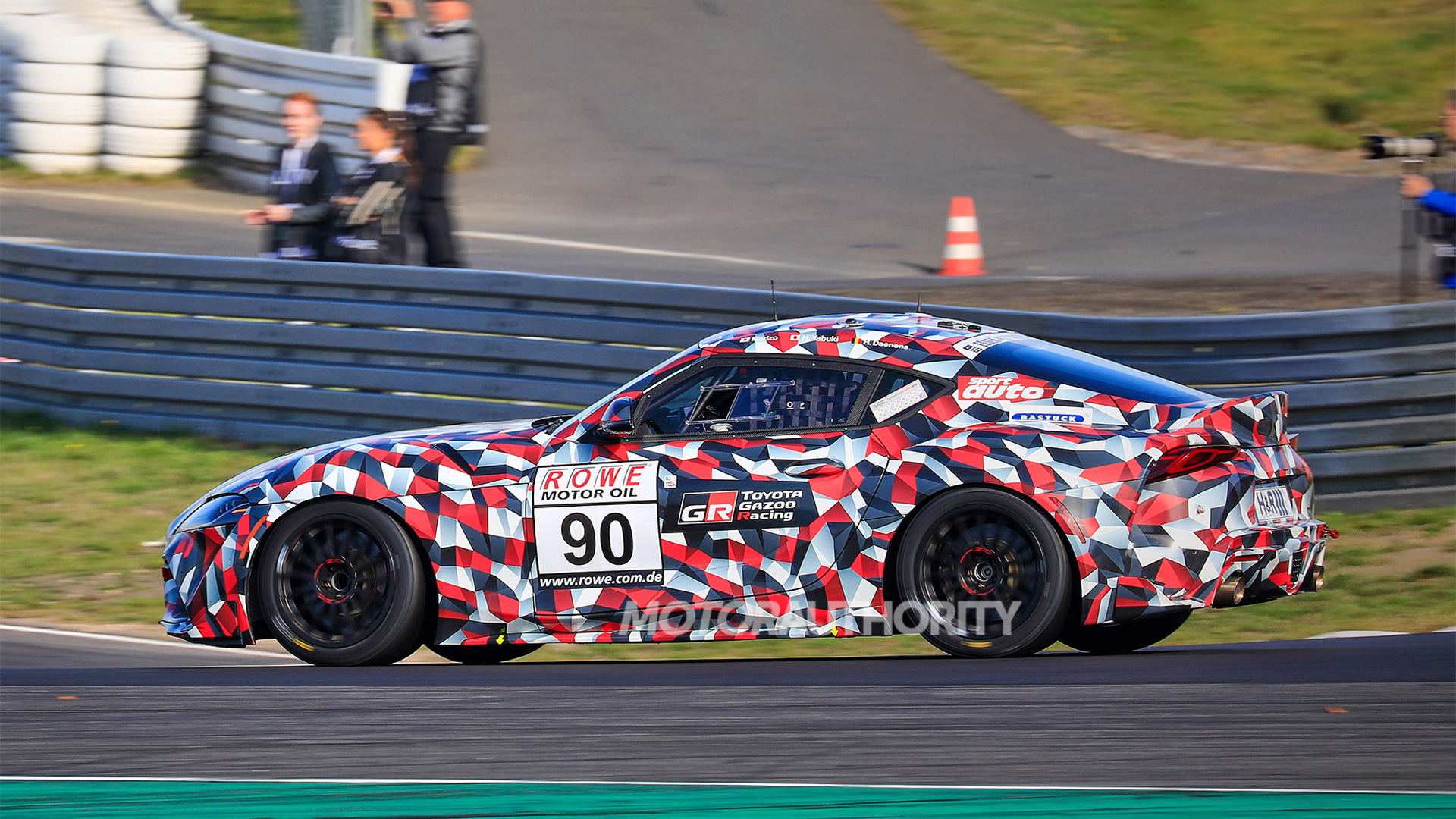 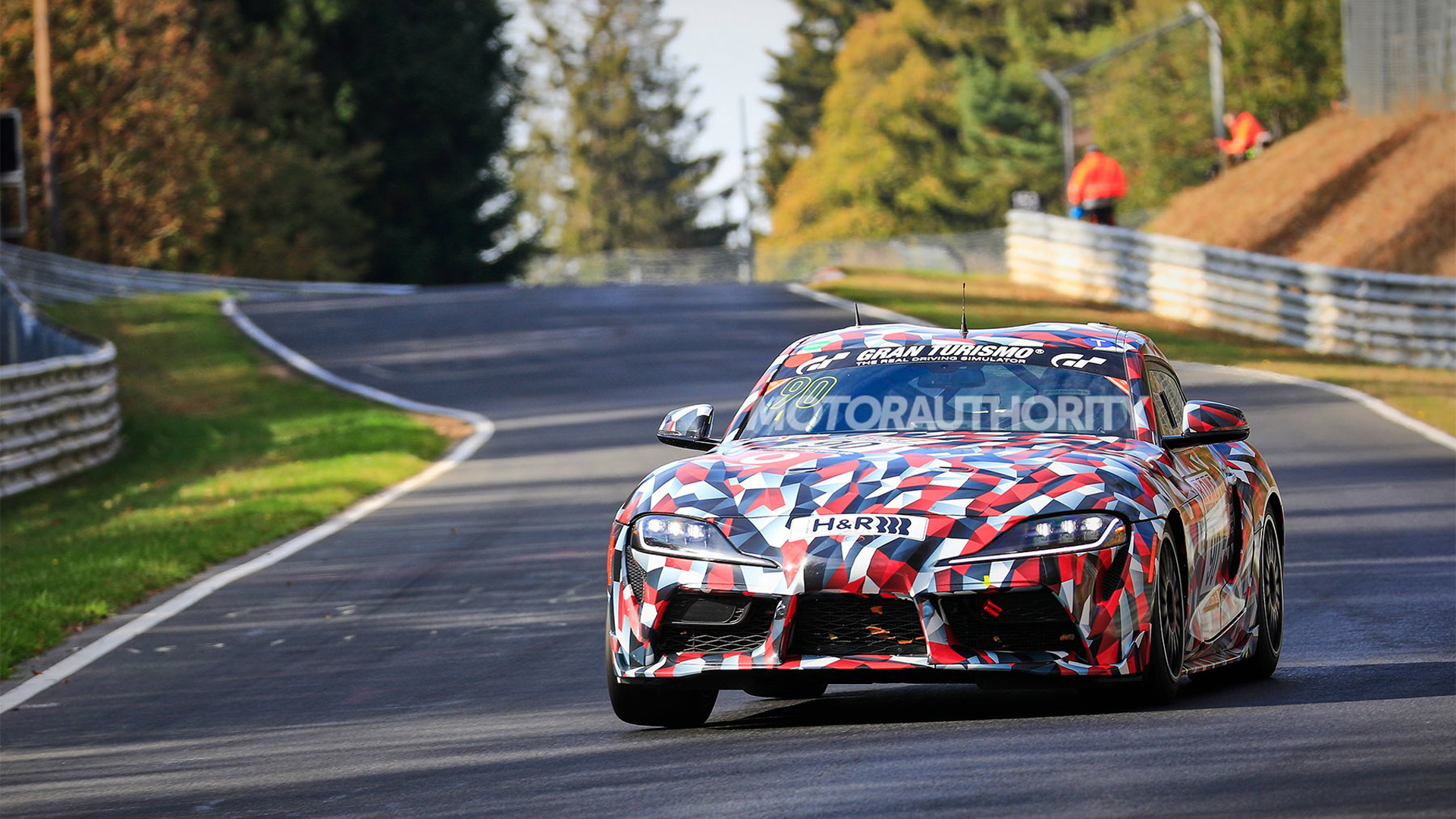 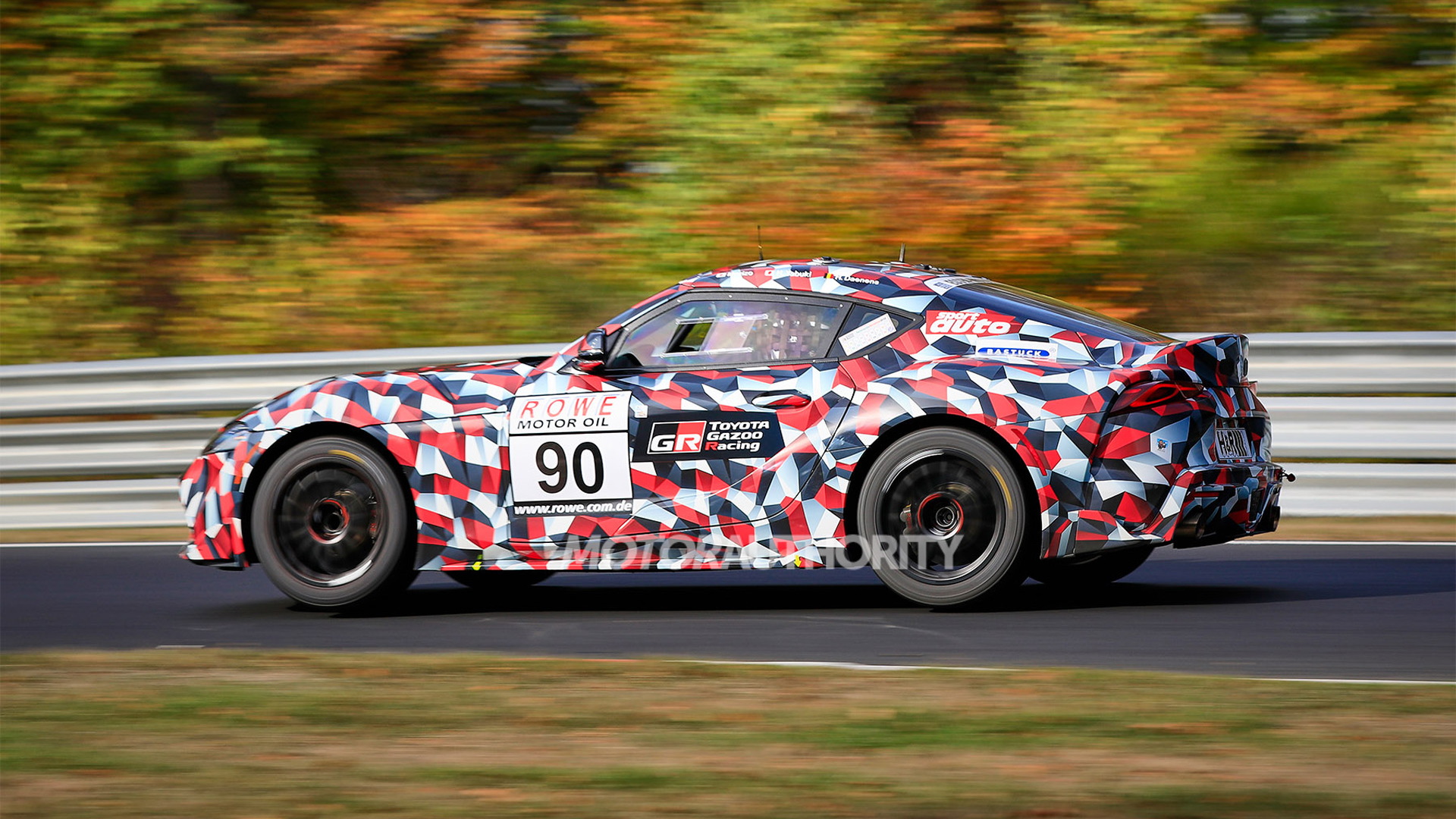 Toyota's new Supra is heading to NASCAR next year but the car has already run its first race.

As part of its development program for the fifth-generation Supra, an A90 to all the fans, Toyota fielded a prototype in Saturday's VLN race held at the Nürburgring. The race was the final round of the 2018 VLN season.

The Supra race car was classified in the VLN's SP8T class designed for cars with turbocharged engines displacing up to 4.0 liters. The Supra's engine is a 3.0-liter twin-turbocharged inline-6.

Toyota CEO Akio Toyoda was present to support the team and even ran some laps under his nickname Morizo. He later signed the car's engine cover. Other drivers included Yabuki Hisashi and Daenens Herwig.

The car finished 116th overall, which was at the back of the pack. However, this was to be expected as it was only a development run and not a competitive outing. The pit stops even took place away from the pit lane to keep details of the car secret.

Toyota will unveil the new Supra at the 2019 Detroit auto show next January. The car's 3.0-liter twin-turbocharged inline-6, which is sourced from BMW, is expected to offer about 335 horsepower. A 2.0-liter turbocharged inline-4, also borrowed from BMW, is also expected, and will likely bring with it around 260 hp. A high-performance hybrid powertrain is also a possibility.

A hardcore, track-focused version of the new Supra could also be launched.

As for actual racing versions of the car, as mentioned the Supra will be headed to NASCAR, in the Xfinity Series. We should also see it compete in the GT500 class of Japan's Super GT series and possibly the GTE class of the World Endurance Championship. Recall, Toyota showed a GTE-spec Supra concept in March at the 2018 Geneva auto show.