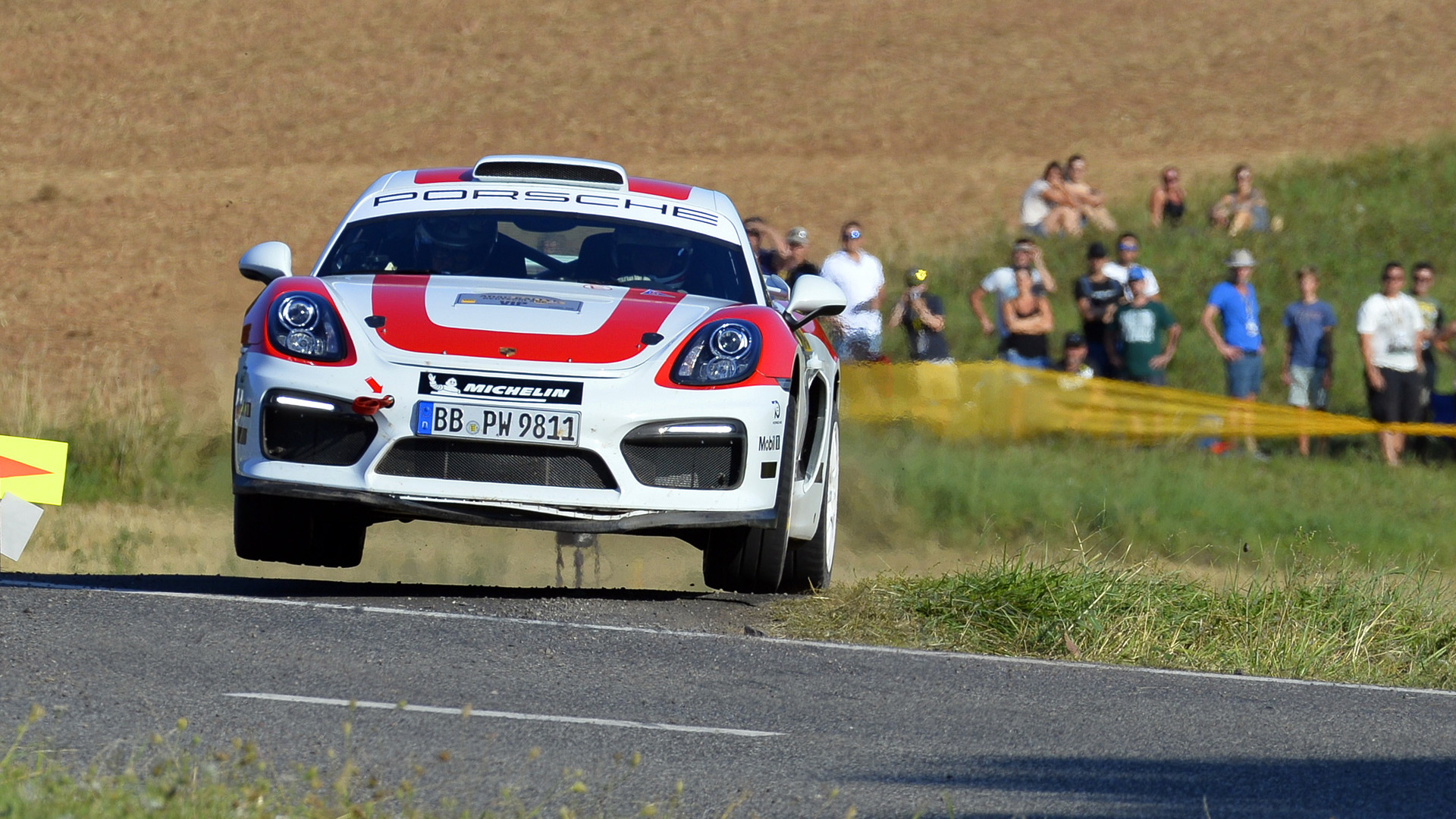 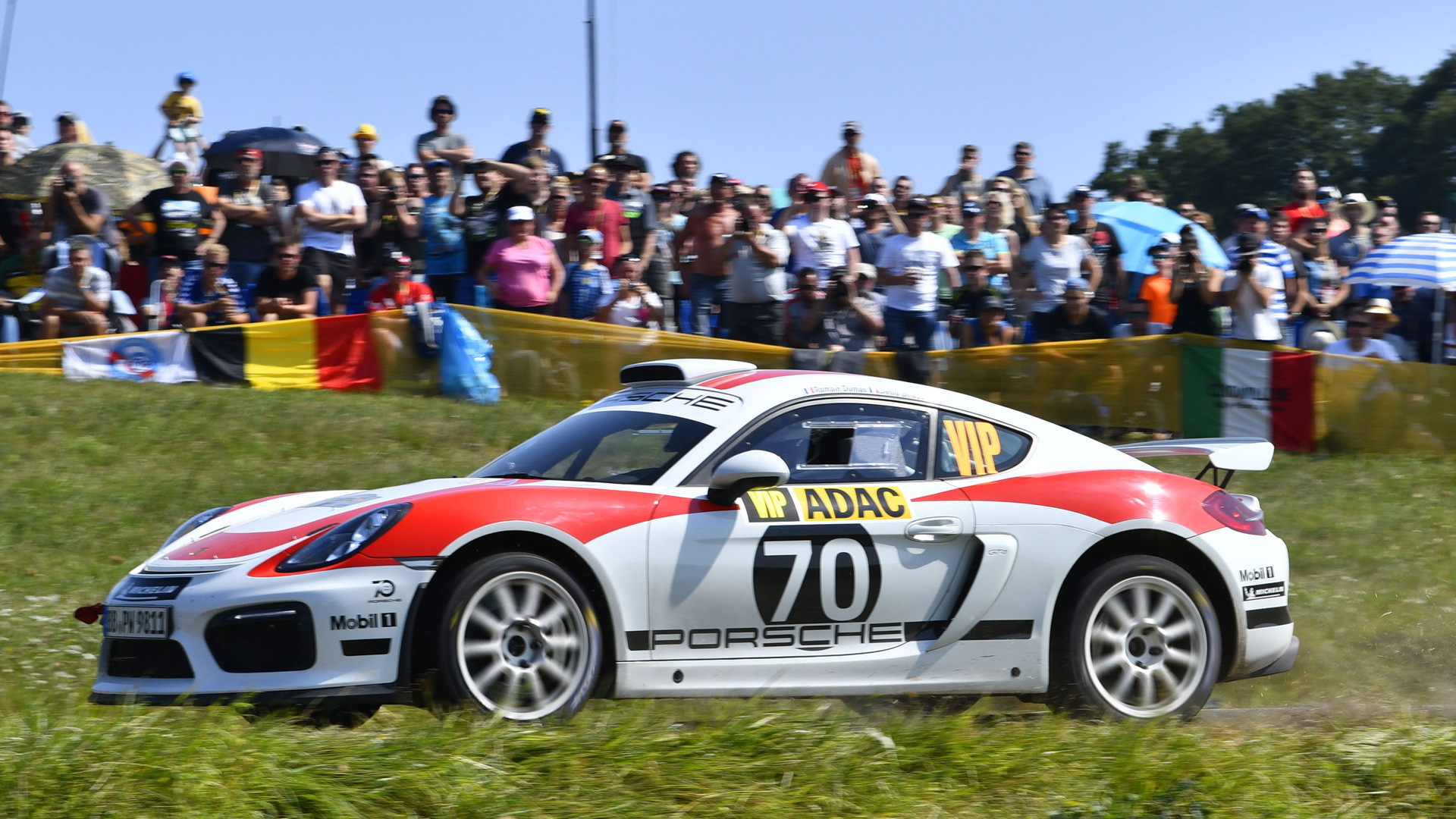 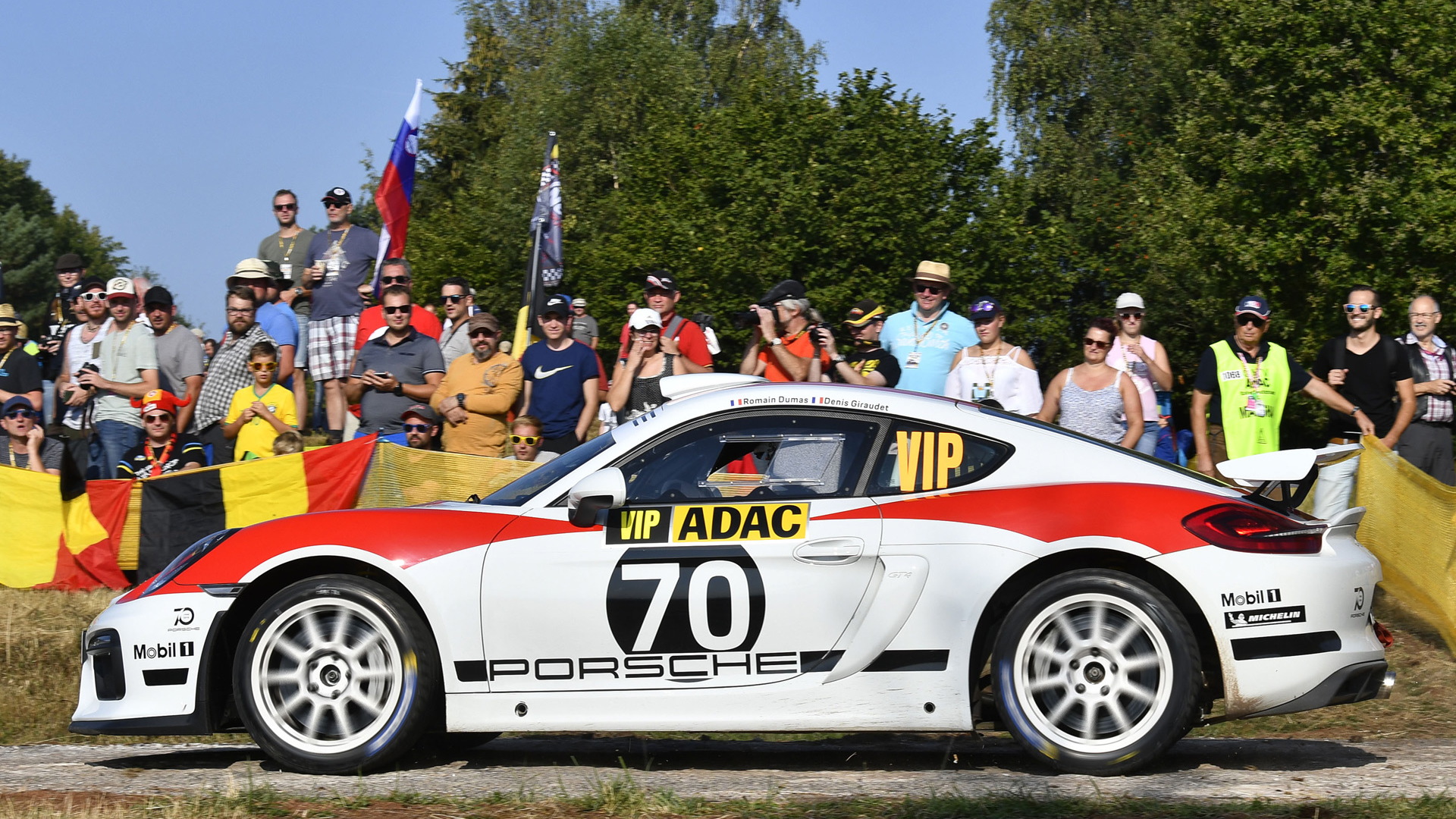 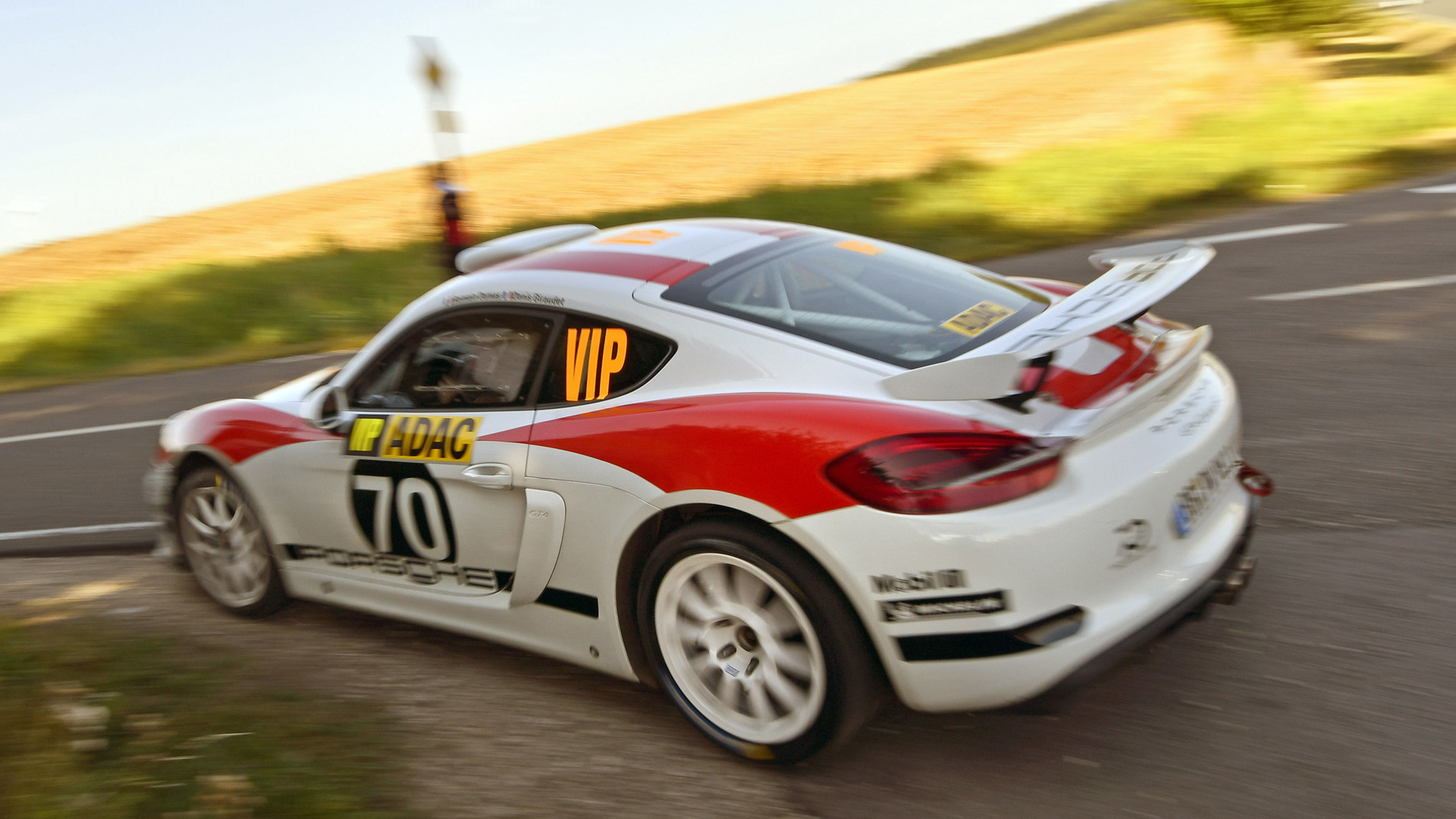 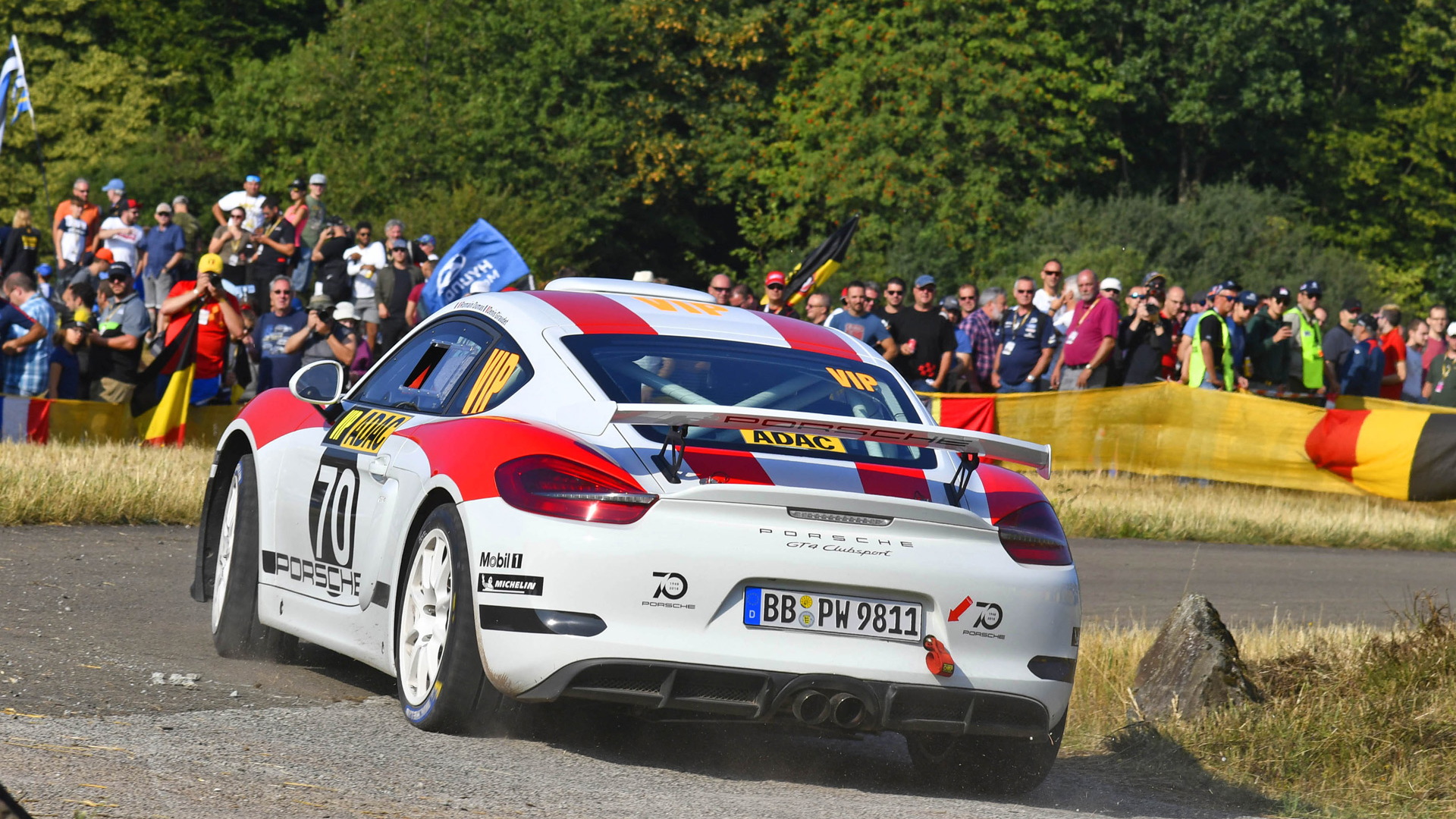 While Porsche has focused more on the race track than the dirt track in recent years, you'll still find modern Porsches at rally races around the globe. These are typically modified 911 GT3s competing in R-GT events.

Now it looks like Porsche wants to offer a rally car straight from the factory. The German firm presented a 718 Cayman GT4 Clubsport-based rally car concept during the past weekend's German round of the 2018 World Rally Championship, and said a decision on a production version would be made later this year.

While we're unlikely to see Porsche directly compete in rallies, offering customer race cars can be a lucrative business. The 718 Cayman GT4 Clubsport race car is already a popular option in GT4 events and a rally version will likely prove popular, too.

Should production go ahead, expect Porsche to offer a 718 Cayman-based rally car designed to meet R-GT classification, which the concept was built to. The class is designed for production cars with two-wheel drive and already features Fiat Abarth 124 Spider and Lotus Exige-based cars.

We suspect it's only a matter of time until the green light is given as Porsche has already been spotted testing its rally car concept since at least July, with Romain Dumas doing most of the testing. The Pikes Peak record holder and Le Mans winner has competed for a number of years in R-GT so is the perfect candidate to evaluate a new rally car based on the 718 Cayman.

Dumas was joined by rally driver Denis Giraudet at the concept's debut in Germany, with both drivers taking turns behind the wheel.