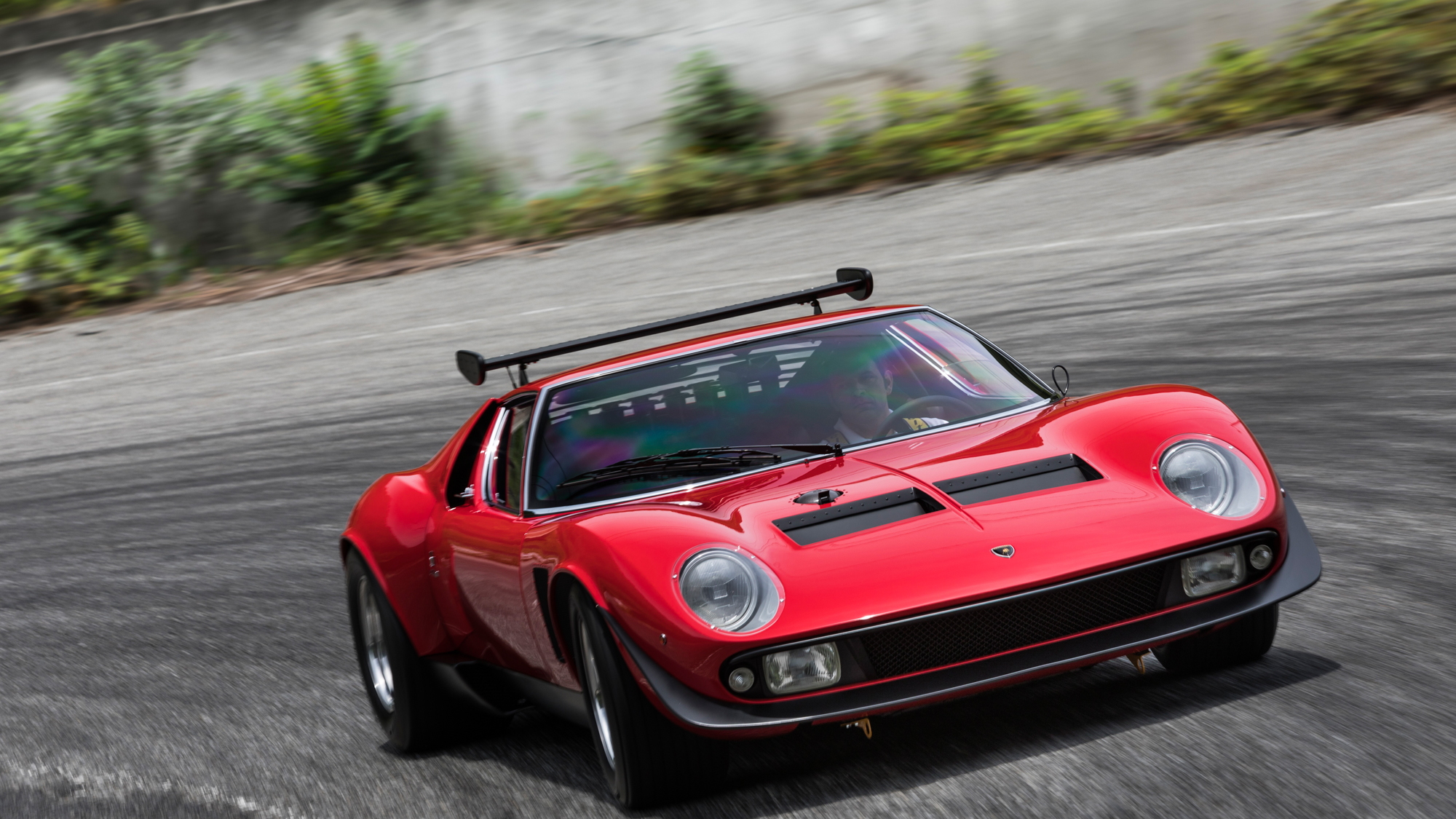 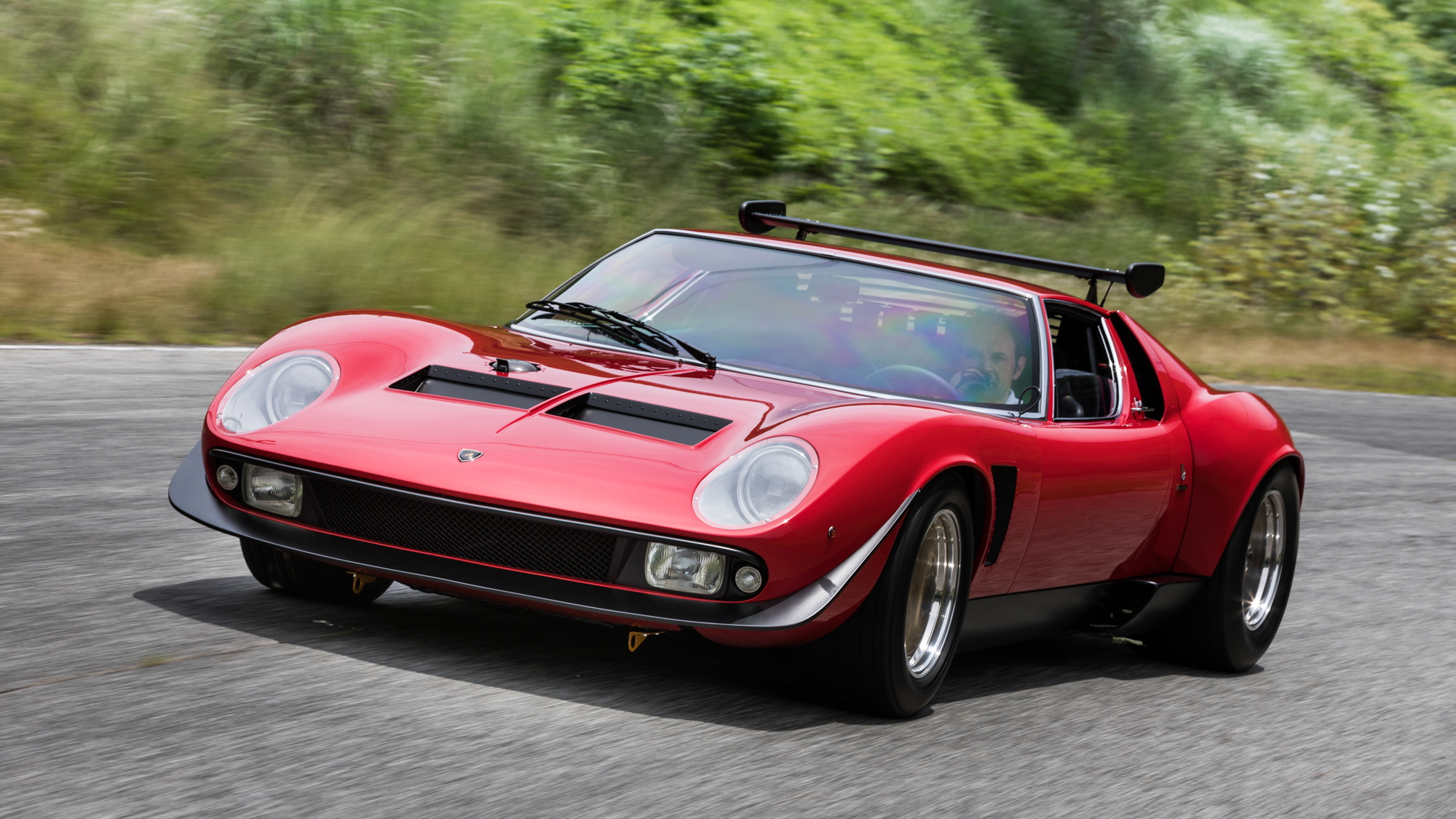 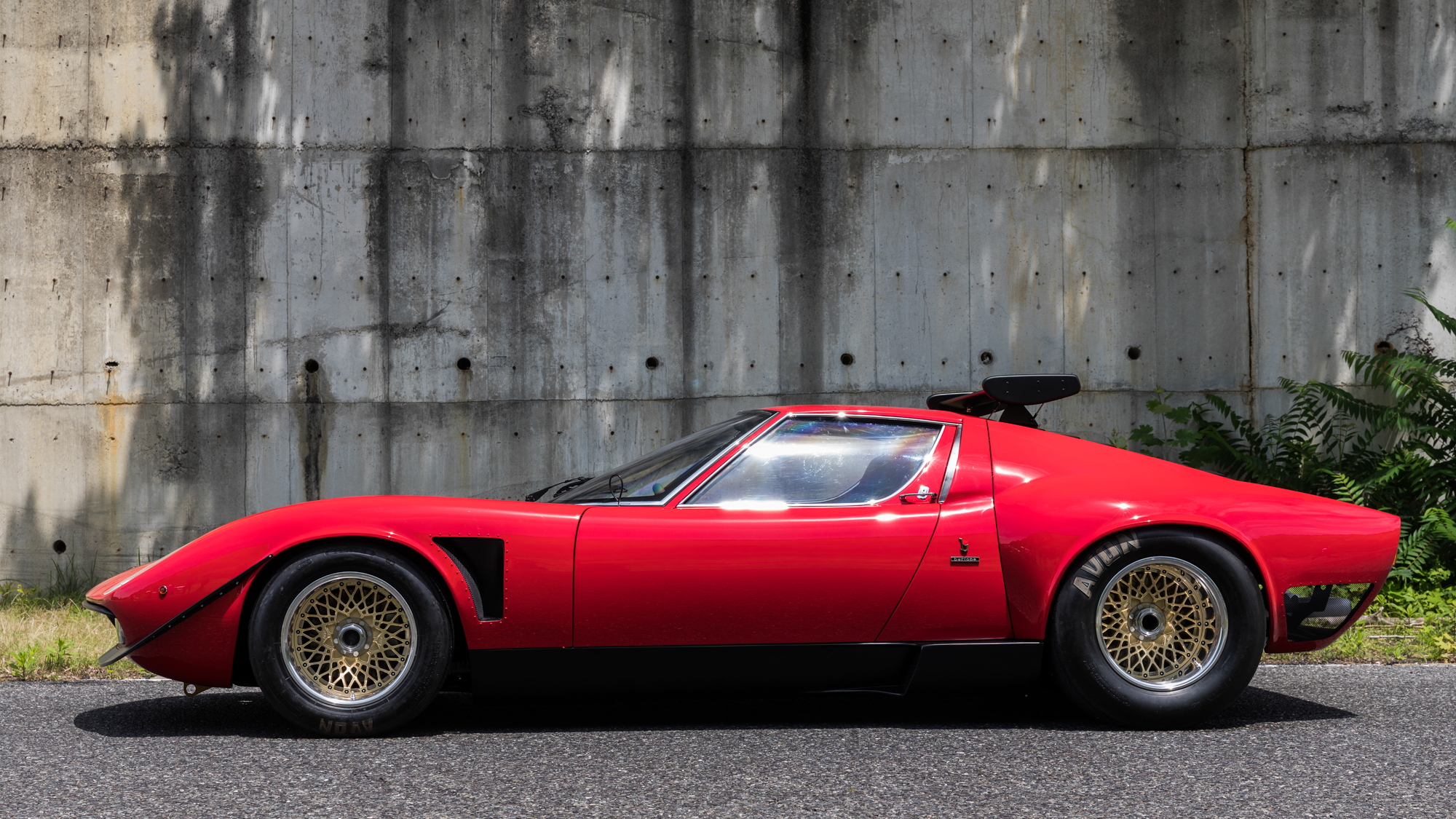 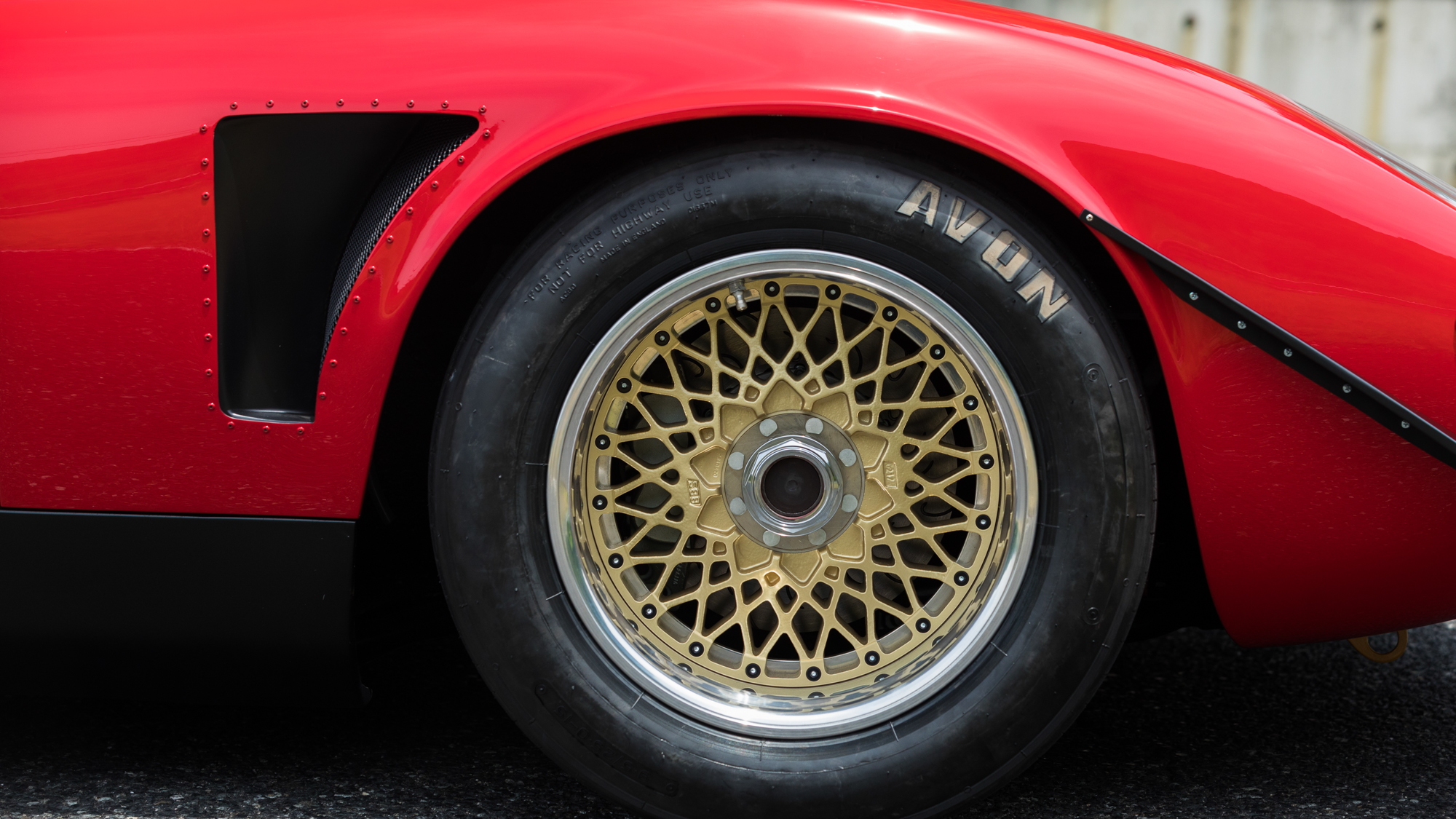 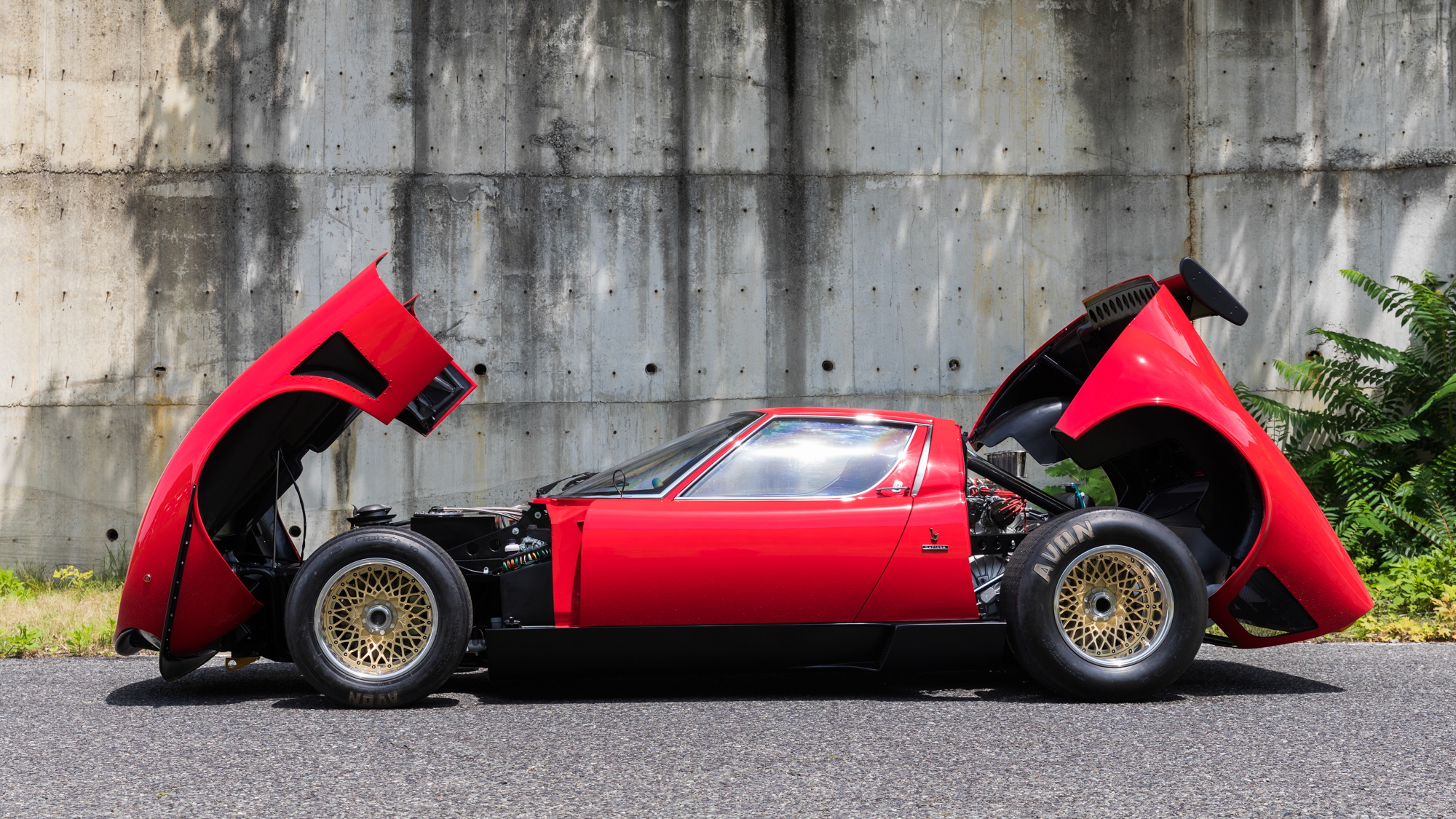 Lamborghini didn't build enough Miuras. Just 763 were produced between 1966 and 1972. Among these rare Italian beauties were a handful of even rarer examples. They have letters and words like SV, Jota, and SV/J attached to the ends of their names. There is one, however, that stands out among all others, and it goes by the name SVR. Lamborghini's in-house restoration shop Polo Storico just spent 19 months transforming the one and only example ever built from a pile of parts into the stunning machine you see here.

Chassis 3781 has led an interesting life. Factory test driver Bob Wallace was working on a project to develop a race-ready Miura. It was called the Miura Jota. That initial car was destroyed in an accident, but a handful of customers wanted a Miura Jota of their own. One of those was taken a few steps further and turned into the Miura SVR.

Before that happened to #3781, however, the car started life as a "regular" Miura S. In just six years, the car had eight owners. Finally in 1974, a German gentleman by the name of Heinz Straber purchased the car and had it shipped to Lamborghini's Sant'Agata Bolognese, Italy, plant so it could begin the process of transforming into the legend you see today. In 18 months, the Miura S became the SVR. Straber soon sold the car to Hiromitsu Ito in Japan.

The car became a sensation in Japan. A scale model company called Kyosho used the car as a template to create a 1:18 scale diecast Miura SVR, and the car entered the manga world as a featured race car in the "Circuit Wolf" series of comic books.

No one is really sure what happened to the car in the intervening decades, but somehow it wound up as boxes of parts. The good news is that all of the parts were accounted for and they found their way to Lamborghini's Polo Storico. The team used the Kyosho scale model as a guide to put the 1:1 version of the Miura SVR back together. Lamborghini didn't exactly keep strong records of its builds in the 1970s it appears.

It took 19 months to bring the rarest (and most badass) Miura back to life. The current owner requested just three modern upgrades: four-point safety belts, modern racing seats, and a removable roll bar. That's because this incredibly cool person is going to take it out on the track in exhibitions. Tracking the Miura SVR is exactly what the owner should do. After all, this car was built to sniff out corners with its V-12 howling away behind the driver's head.