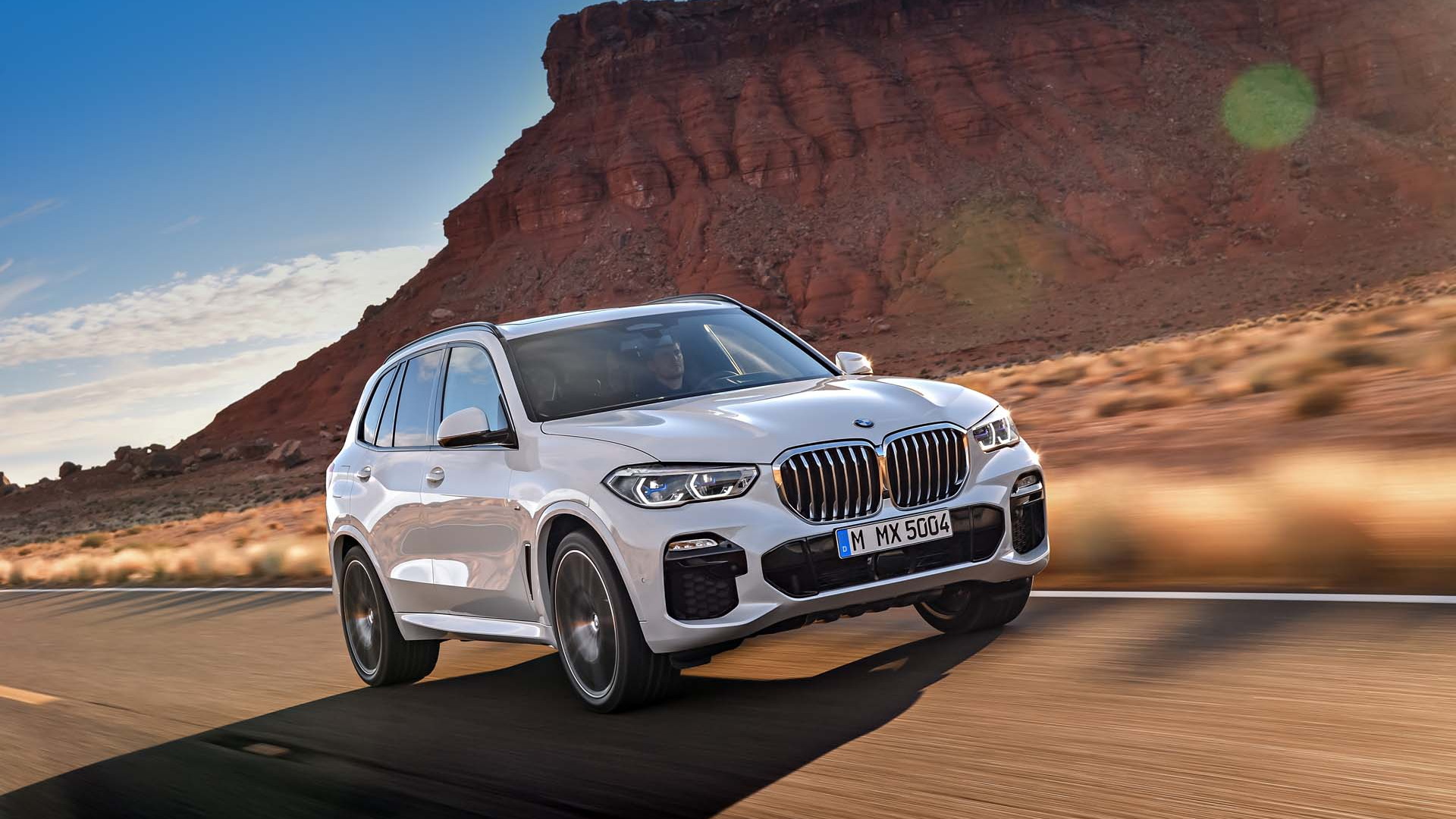 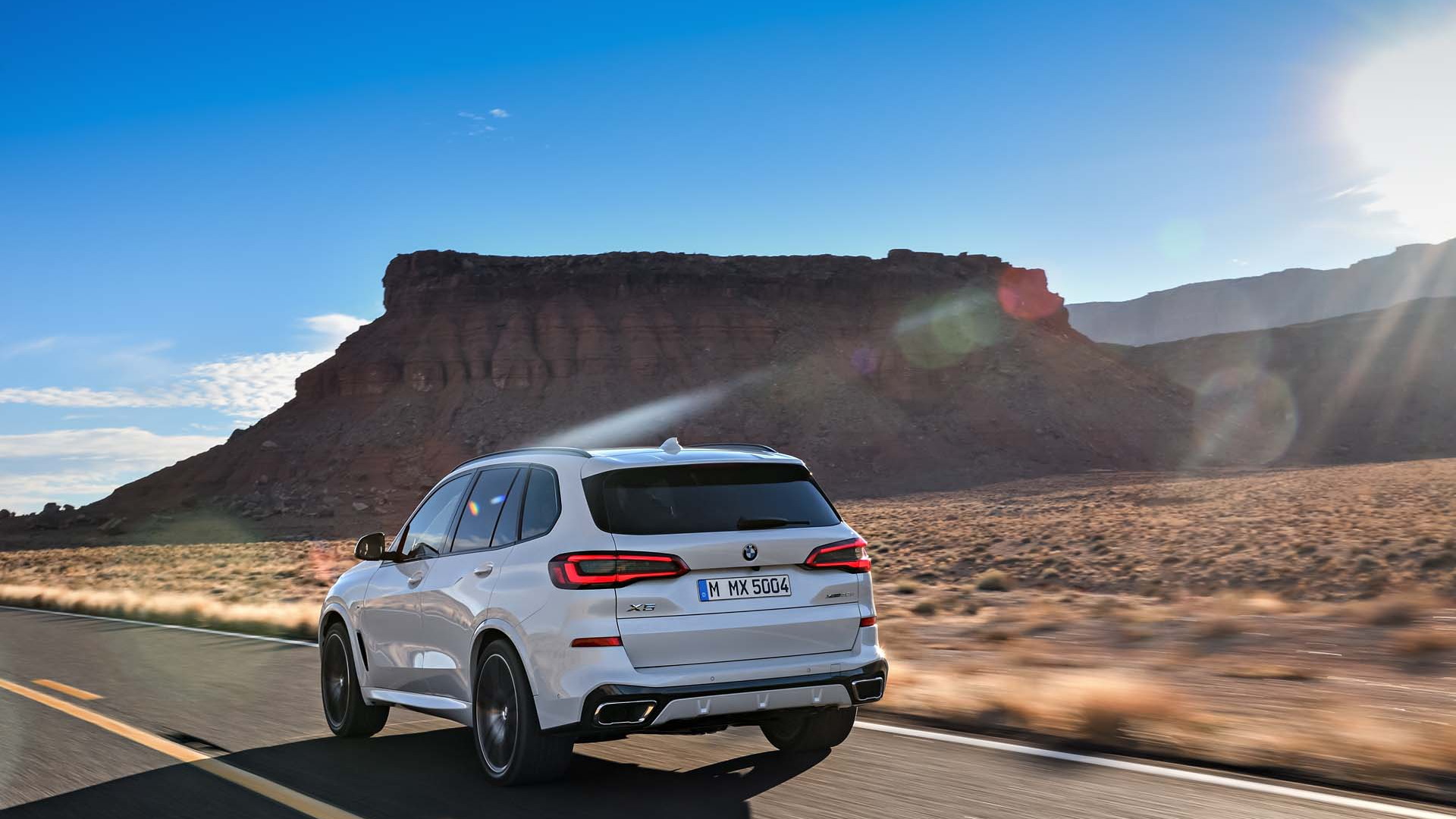 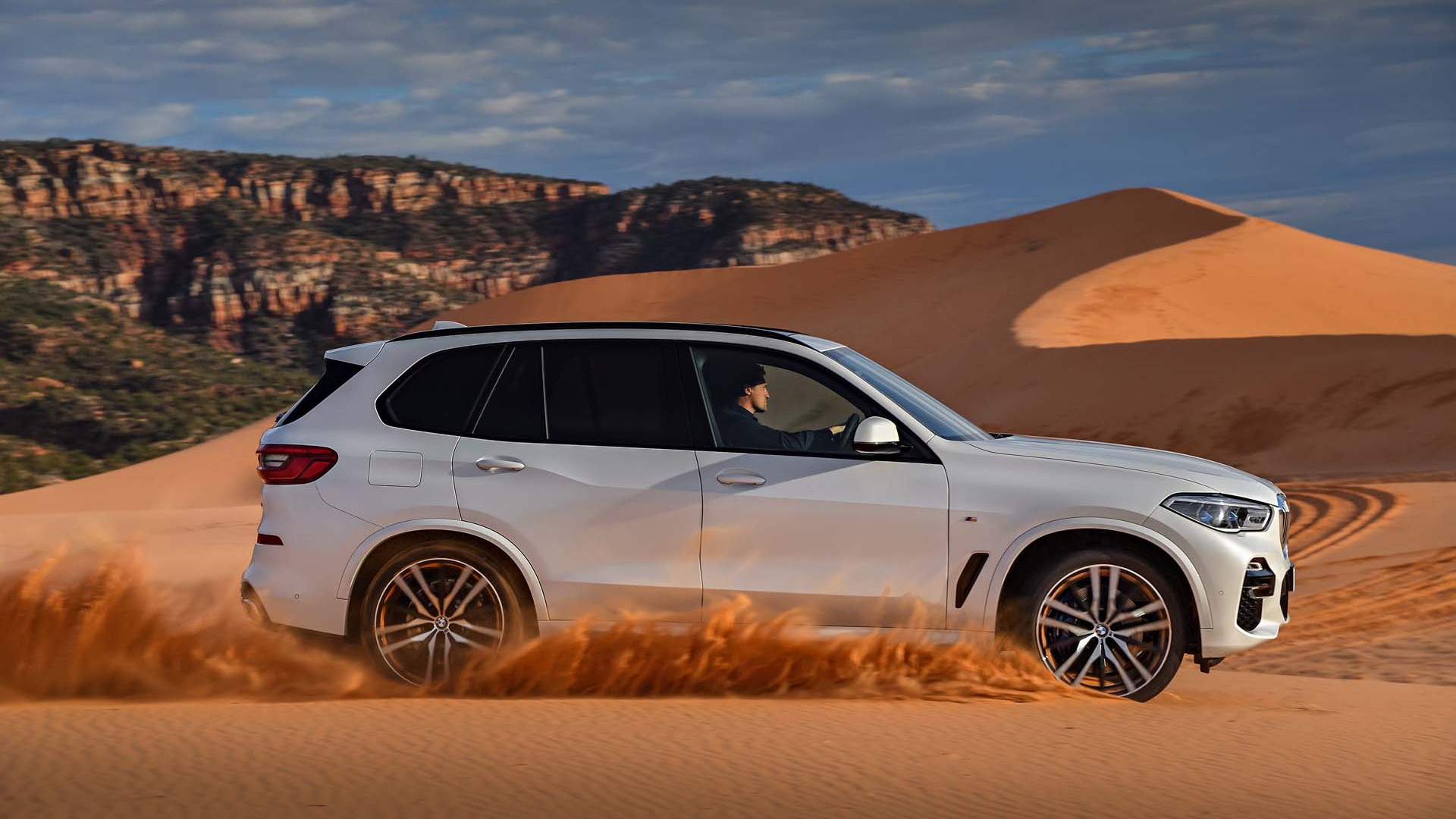 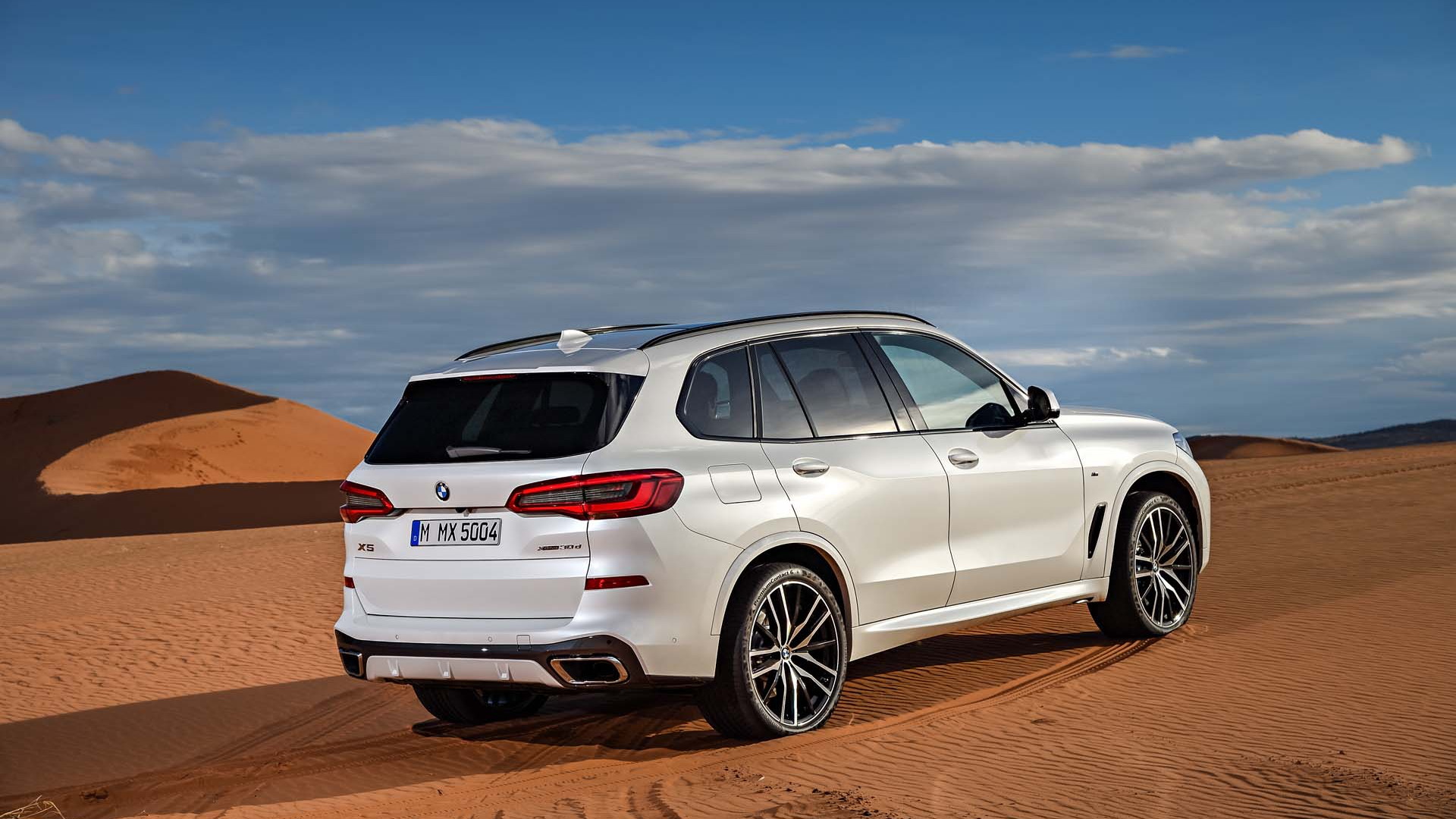 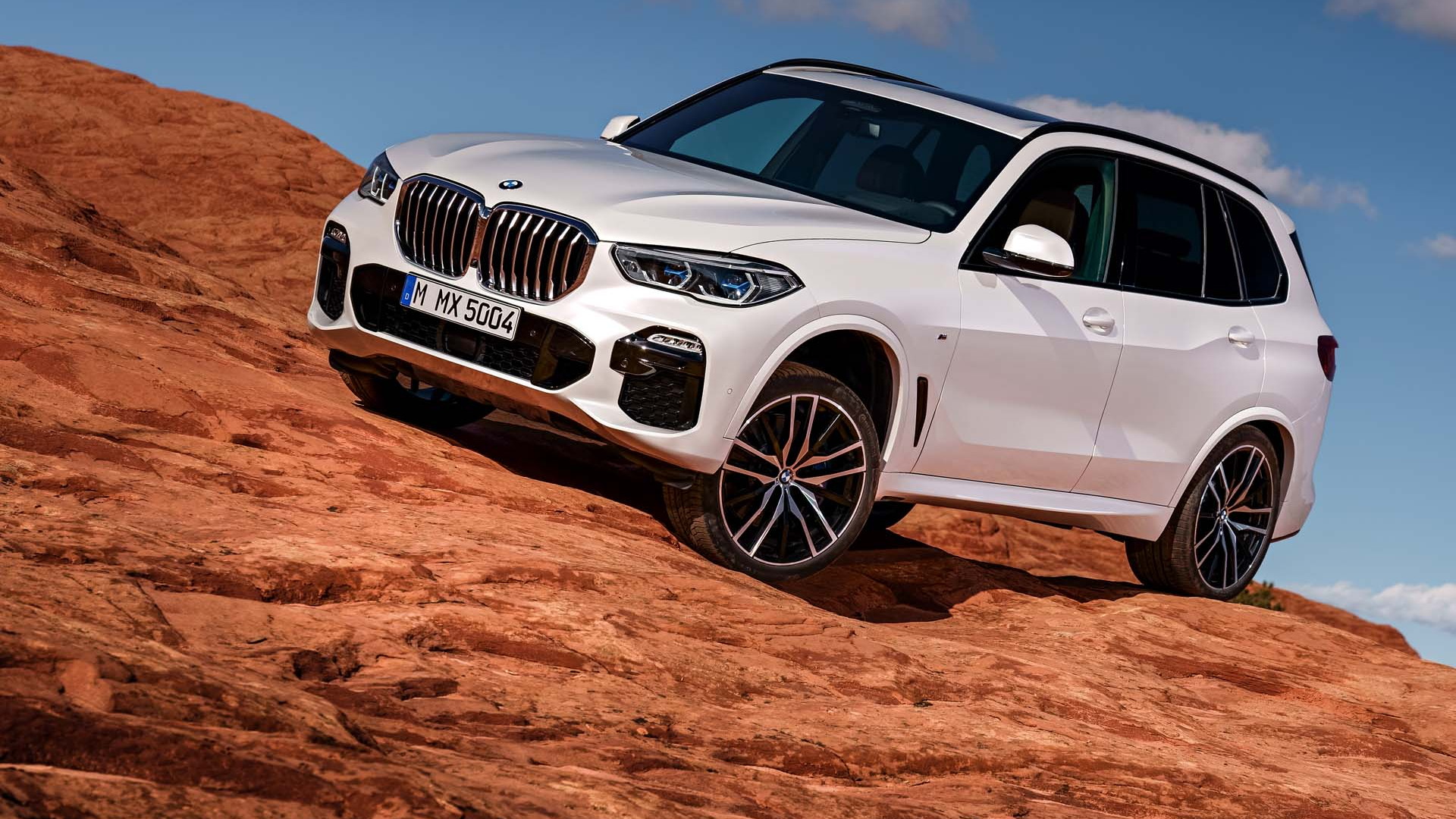 Crossover SUVs are all the rage right now, and one of the key nameplates that helped ignite the segment, the BMW X5, has spawned a new generation.

What's immediately clear is that the new X5 features a much more distinctive look than the current model, which felt more like an update of its predecessor than a true redesign. It didn't help that the two vehicles also shared a platform.

That's not the case for the new X5 as it sits atop the CLAR modular platform that first appeared in the 2016 7-Series. The platform should ensure that the redesigned X5, along with an eventual redesigned X5 M, is lighter, tauter and more fun to drive. It's no lightweight, though. The new X5 weighs 5,170 pounds in V-8 trim.

BMW will offer two powertrains at launch: a 3.0-liter turbocharged inline-6 with 335 horsepower and 330 pound-feet of torque, and a 4.4-liter turbocharged V-8 with 456 hp and 479 lb-ft. The latter will sprint to 60 mph in just 4.6 seconds. Regardless of powertrain, an eight-speed automatic and all-wheel drive are standard. Expect a plug-in hybrid option to be added at a later date.

The all-wheel-drive system features a rear bias as well as a differential lock at the rear axle to provide enhanced control when accelerating out of corners. And for off-road fans, the new X5 is the first BMW SUV available with a new off-road package. It includes air suspension, front and rear underguards, specific screens in the instrument cluster, and off-road-oriented driving modes that can adjust the ride height and traction and stability control systems.

The design of the new X5 is sharp, with the most striking feature the large kidney grille with single-piece surrounds. The wheels range from 19 to 22 inches in diameter, and the vehicle can also be dressed up with laser headlights with blue x-shaped elements instead of the standard LED headlights.

Inside, the dash is broken up by sweeping horizontal lines, which combine with metal trim elements to emphasize the width of the interior. A fully-digital instrument cluster and the center display are connected visually by matching graphics, while the driver will find most of the controls in the center console. Featured here is a new gear stick lever, a rotary dial controller, and numerous buttons.

The new X5 goes up against vehicles like the Audi Q7, Lexus RX, Mercedes-Benz GLE, Volvo XC90, and the upcoming Cadillac XT6 and Lincoln Aviator. Pricing information will be announced closer to the market launch this November.

Production will be handled at a plant in Spartanburg, South Carolina, where BMW produces the X3, X4, X6 and soon an X7 as well.

For more on the BMW X5, read the in-depth reviews at The Car Connection.