Mercedes-Benz is developing a new crossover SUV to sit between the GLA and GLC, the so-called GLB.

The vehicle has been spotted in the wild, with prototypes suggesting a boxy shape similar to the original GLK will feature on the GLB. This should provide a strong level of differentiation between the GLB and the sportier, more hatchback-like GLA.

Automotive News (subscription required), citing a number of dealer sources, reported Monday that Mercedes presented the GLB to dealers in the United States earlier this month. The sources said the vehicle is expected here in the second half of 2019 as a 2020 model. 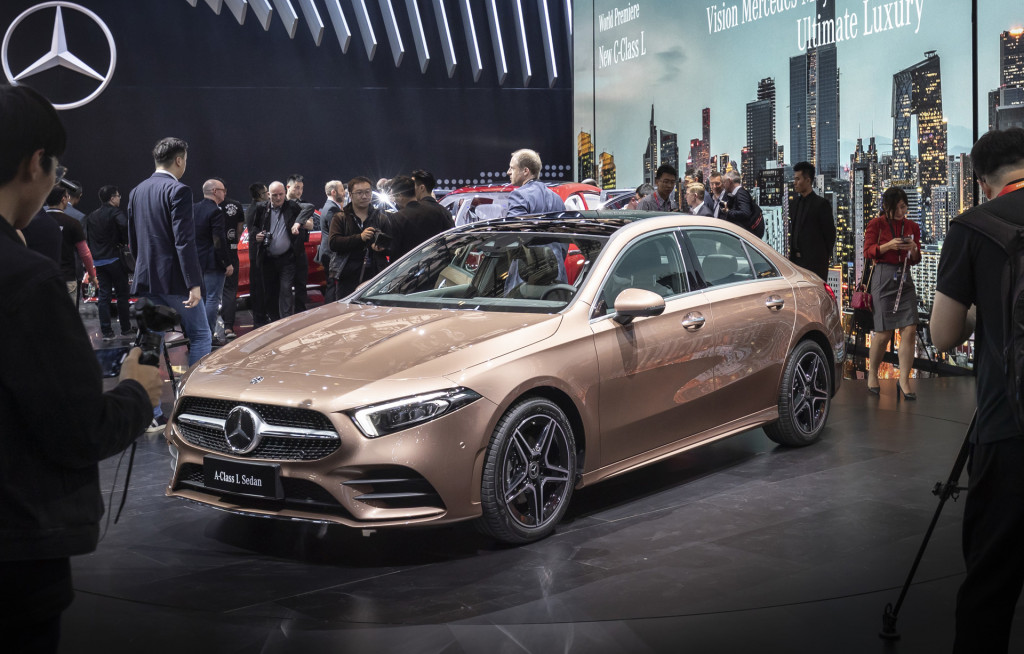 If accurate, the GLB would trail the new A-Class sedan's arrival in the U.S. by about a year. The A-Class sedan made its debut in April at the 2018 Beijing auto show. For the U.S. market, both vehicles are expected to be built at the plant in Aguascalientes, Mexico that Mercedes shares with Infiniti.

The standard powertrain for both should be a 2.0-liter turbocharged inline-4 delivering about 224 horsepower to the front wheels via a seven-speed dual-clutch transmission. The AMG skunk works will likely offer its own tuned versions with extra poke, plus standard all-wheel drive.