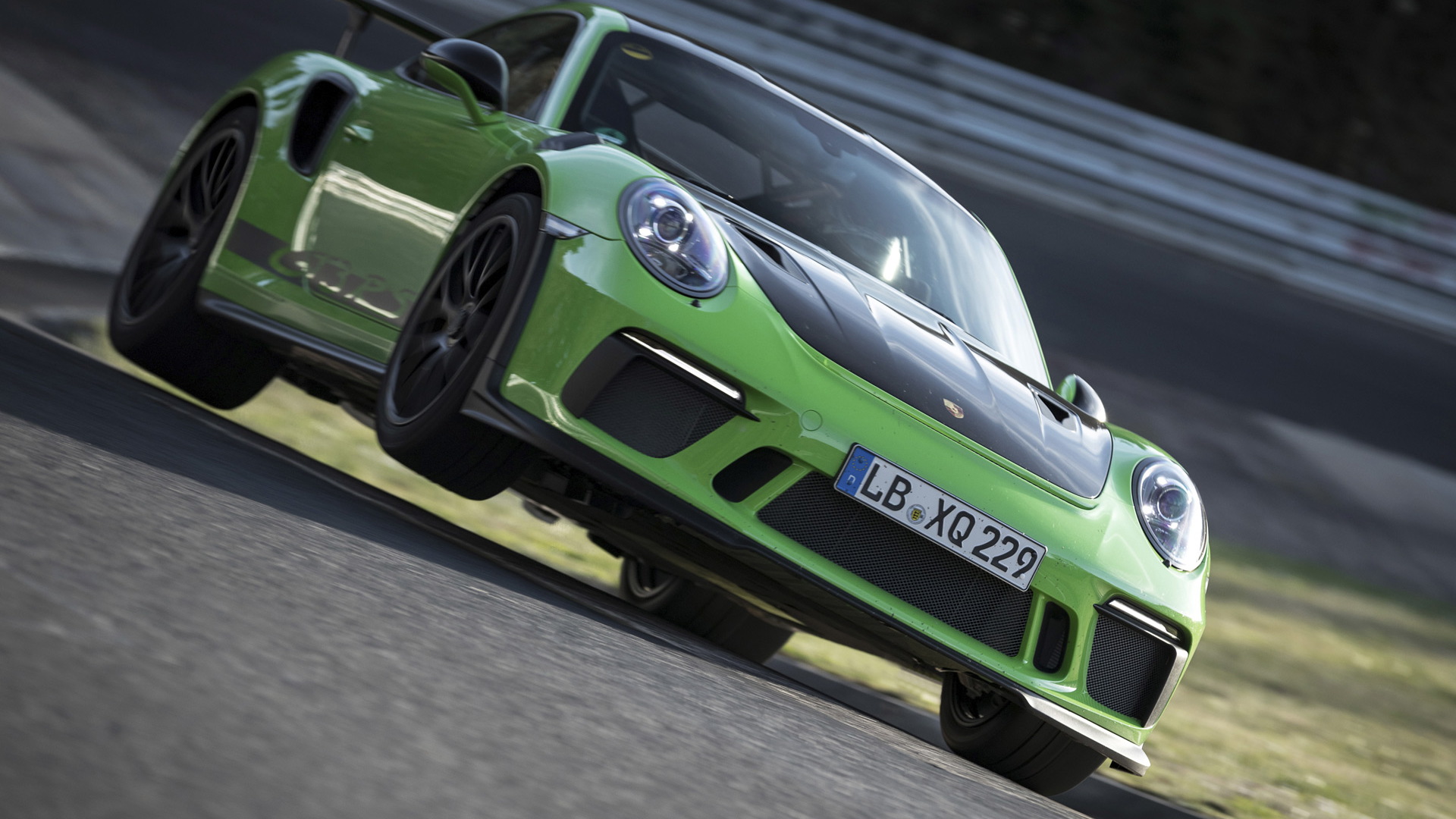 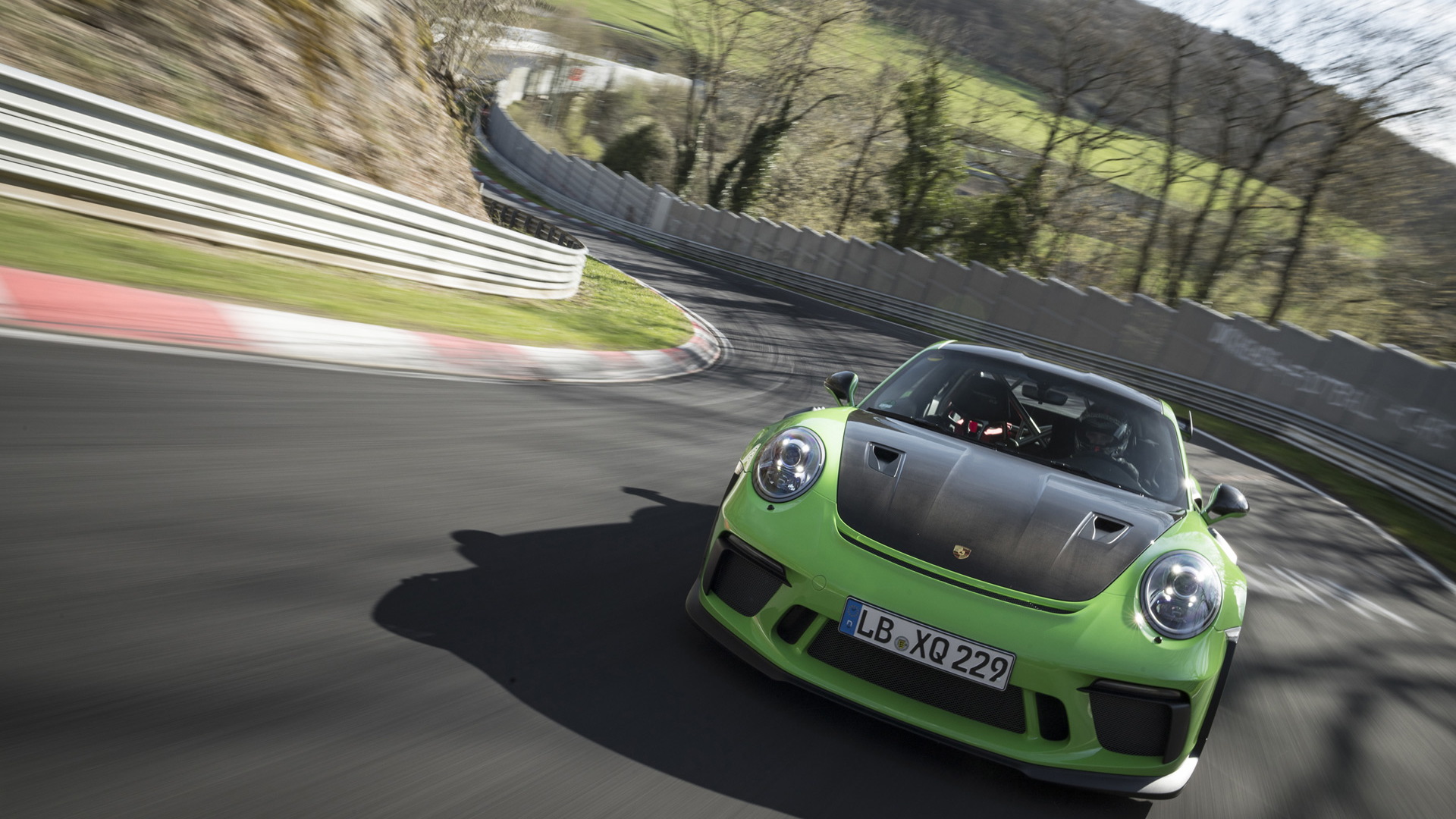 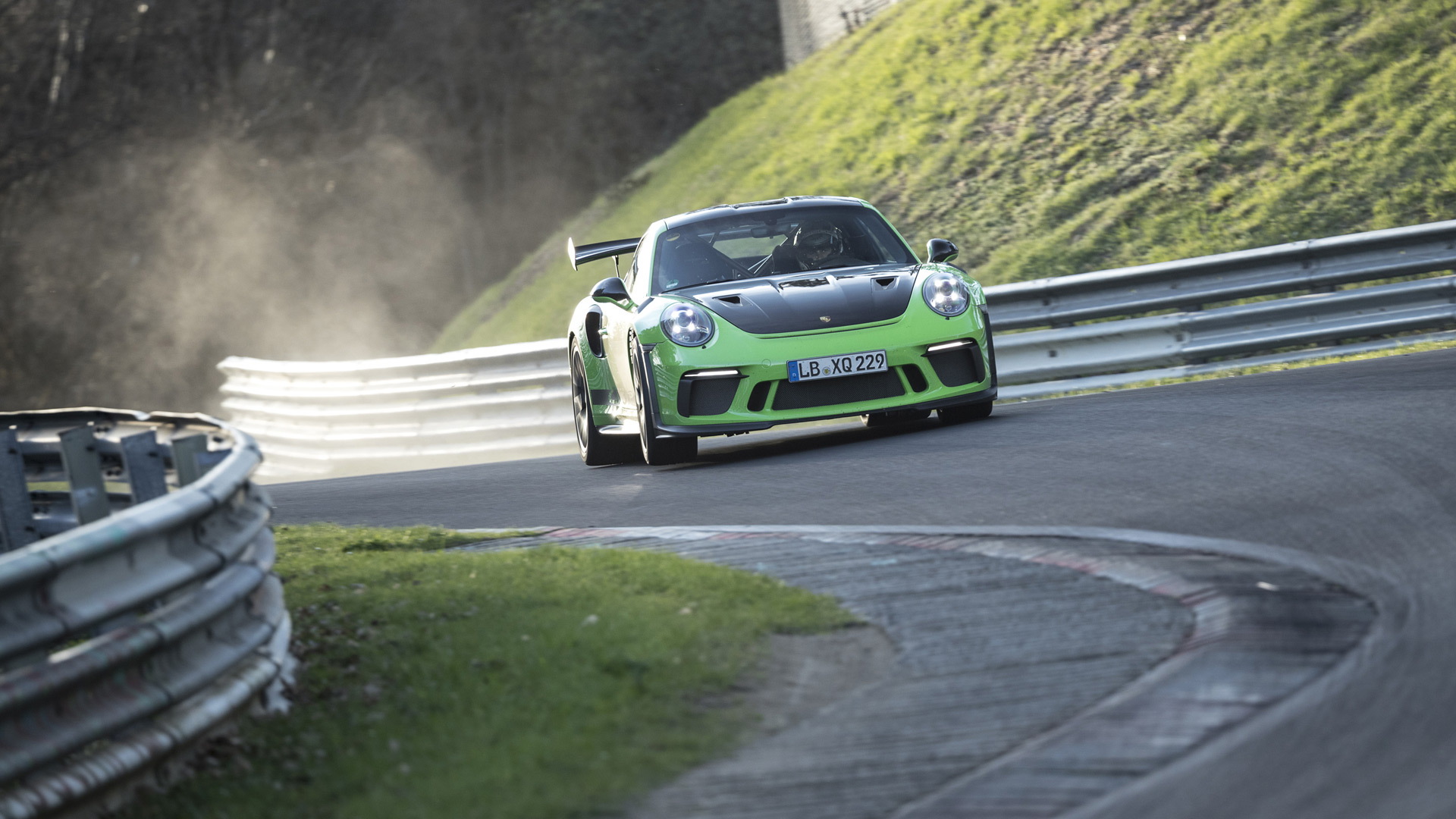 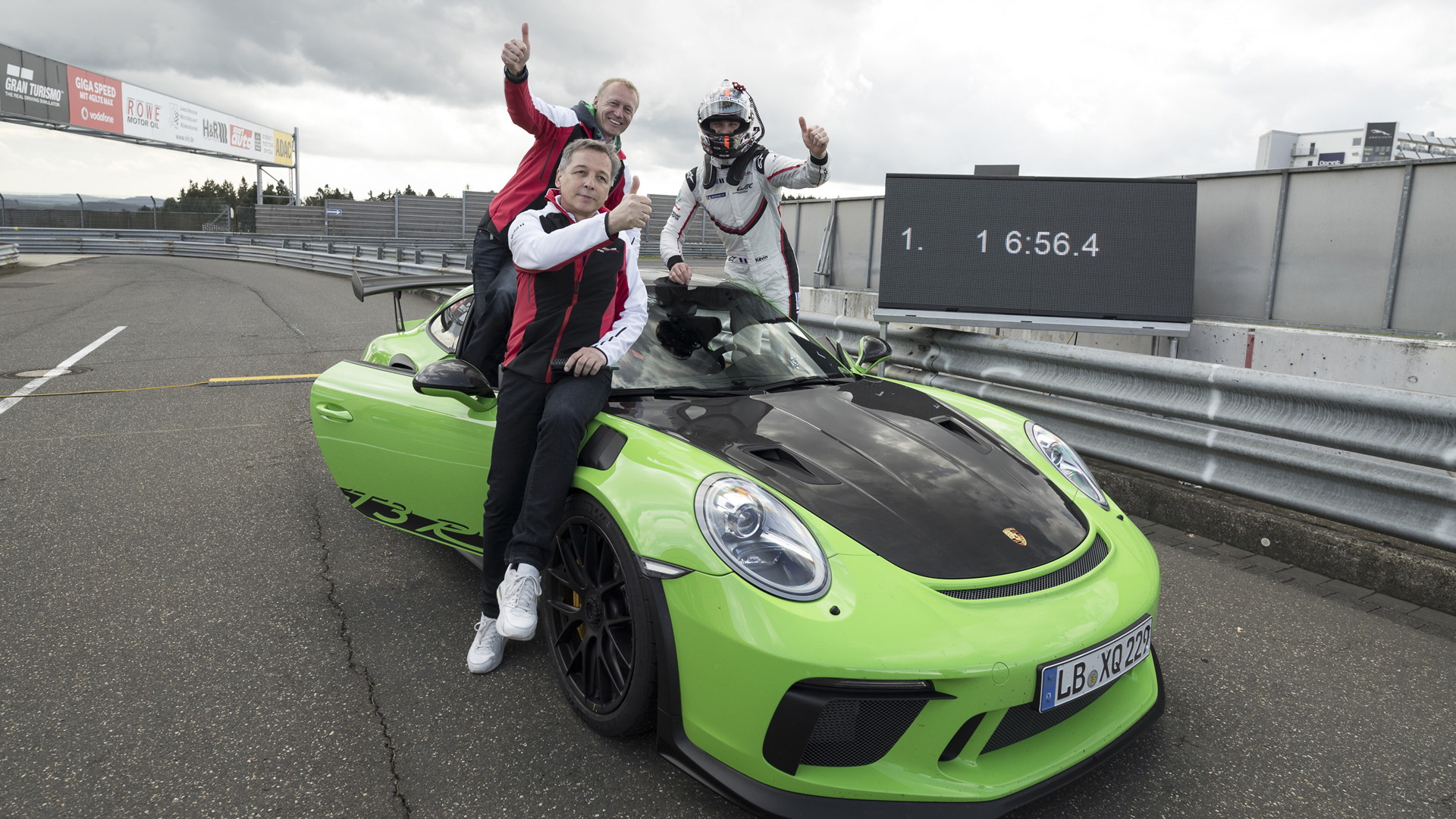 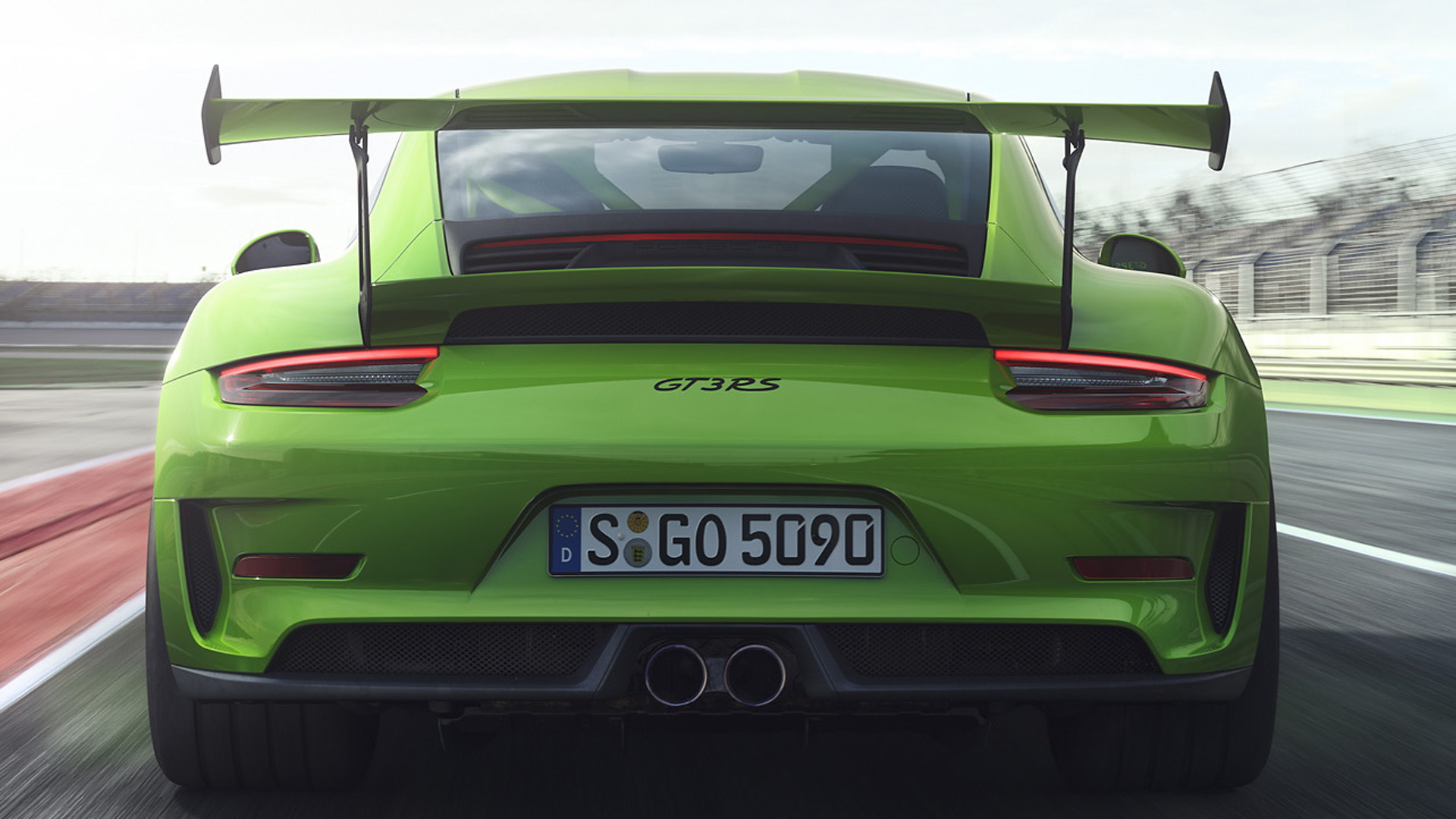 It's a Porsche RS so you know it's going to be fast but we bet you'd have never guessed that the latest Porsche 911 GT3 RS could lap the Nürburgring in under seven minutes. Remember, this is a sports car equipped with a naturally aspirated six-cylinder.

But somehow Porsche has done it, with a green GT3 RS equipped with the car's available Weissach package and street-legal Michelin Pilot Sport Cup 2 R tires (265/35ZR20 front and 325/30ZR21 rear) having lapped the full 12.9 miles of the Nürburgring-Nordschleife in only 6:56.4 on April 16. Doing the driving was Porsche racing driver Kévin Estre.

And the time was no fluke. Estre was joined by Porsche test driver Lars Kern. After some practice laps, each made four timed laps that were all under seven minutes and just tenths of a second apart.

Andreas Preuninger, who heads development of Porsche's GT models, explained, “This proves not only the outstanding power of the GT3 RS but also its extraordinary driveability at the limit.”

The latest GT3 RS made its debut in March at the 2018 Geneva auto show. It's powered by a 4.0-liter flat-6 that generates a peak 520 horsepower and 346 pound-feet of torque. Drive is to the rear wheels via a 7-speed dual-clutch transmission.

If you're serious about track driving—why else would you get the GT3 RS?—then you'll definitely want the Weissach package. It helps should the pounds and also adds carbon-ceramic brake rotors.

Pricing for the GT3 RS starts at $188,550. Adding the available Weissach package and magnesium wheels used for this run adds an extra $31,000 to that figure.