It turns out Fiat Chrysler Automobiles won't keep the last Dodge Viper ever built for its new heritage center located in the Conner Avenue Assembly plant in Detroit, where the car rolled off the line last August.

The automaker on Thursday revealed that the special Viper, a red 2017 Viper GTS, will be sold to the highest bidder at a Barrett-Jackson auction taking place in Uncasville, Connecticut from June 20-23.

One hundred percent of the proceeds from the sale will go to the United Way charity organization, and to really getting the bidders fired up FCA will also throw in the last Dodge Challenger SRT Demon. This car hasn't actually been built, but FCA says it will come in a matching red paint scheme. 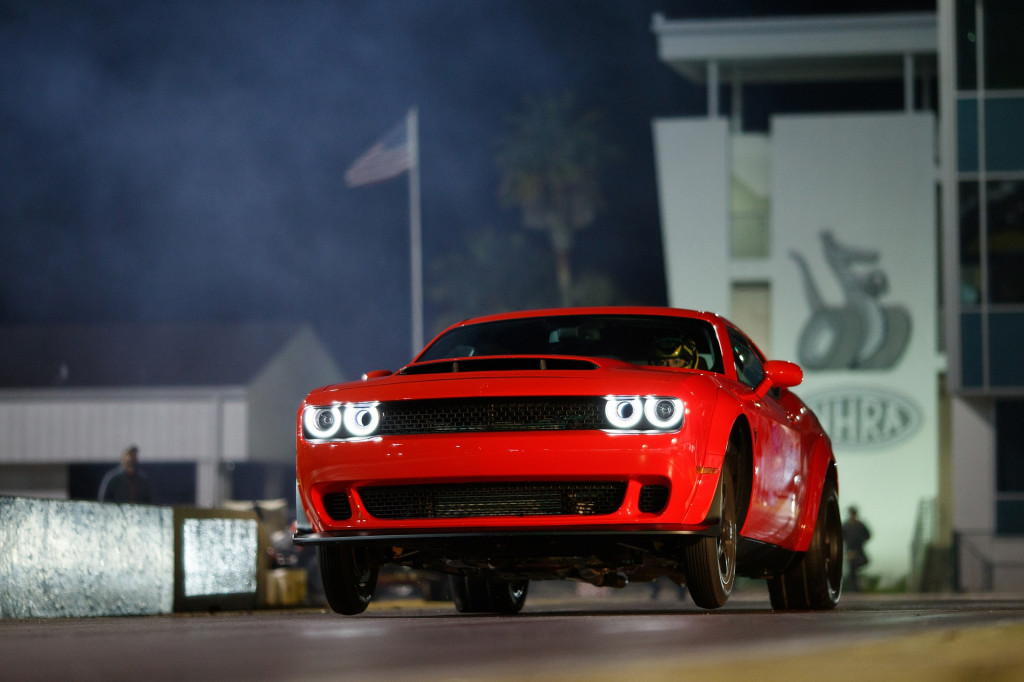 That's a combined 1,485 horsepower (645 from the Viper and 840 from the Demon) for one lucky buyer. The cars should bring some seriously big bucks considering a similar auction of the first Challenger SRT Hellcat off the line managed $825,000 at an auction in 2014. Both cars in the latest sale are arguably more significant, especially the Viper because of its historical significance and the fact that we may never see anything like it again.

The Viper was killed off primarily because of new safety requirements that would have cost FCA a bundle, though low sales and stricter emissions regulations also didn't help. The last one, with VIN ending in 731948, was styled to match the very first Viper RT/10 from 1992. The car also includes exterior carbon fiber accents, black Alcantara leather seats and an exclusive VIN instrument panel badge and authentication kit. We know of one Texas couple that's sure to be interested.

As for the Demon, it's the last of 3,300 examples built (3,000 for the United States and 300 for Canada), and it will also come with a VIN instrument panel badge and authentication kit.