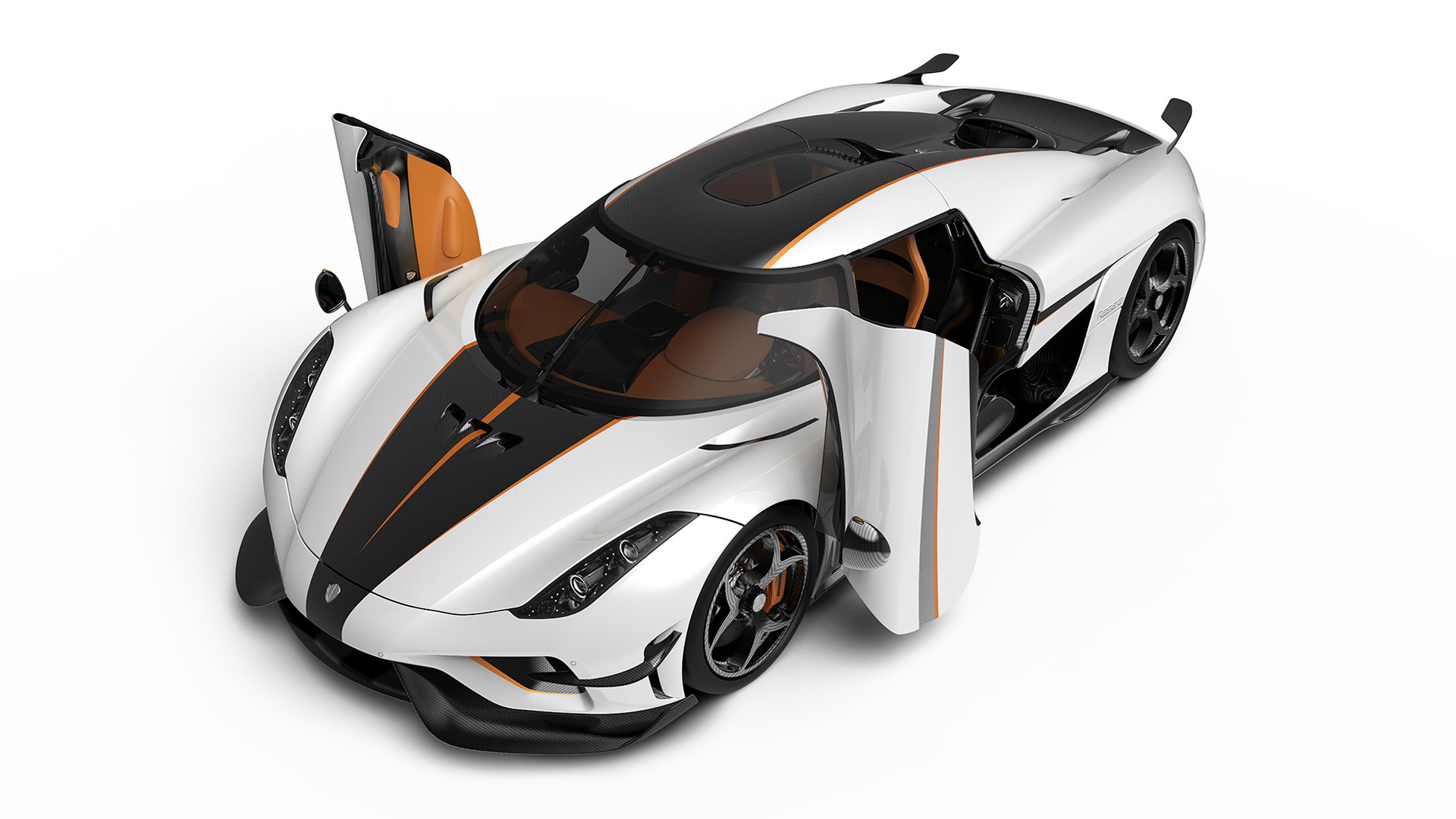 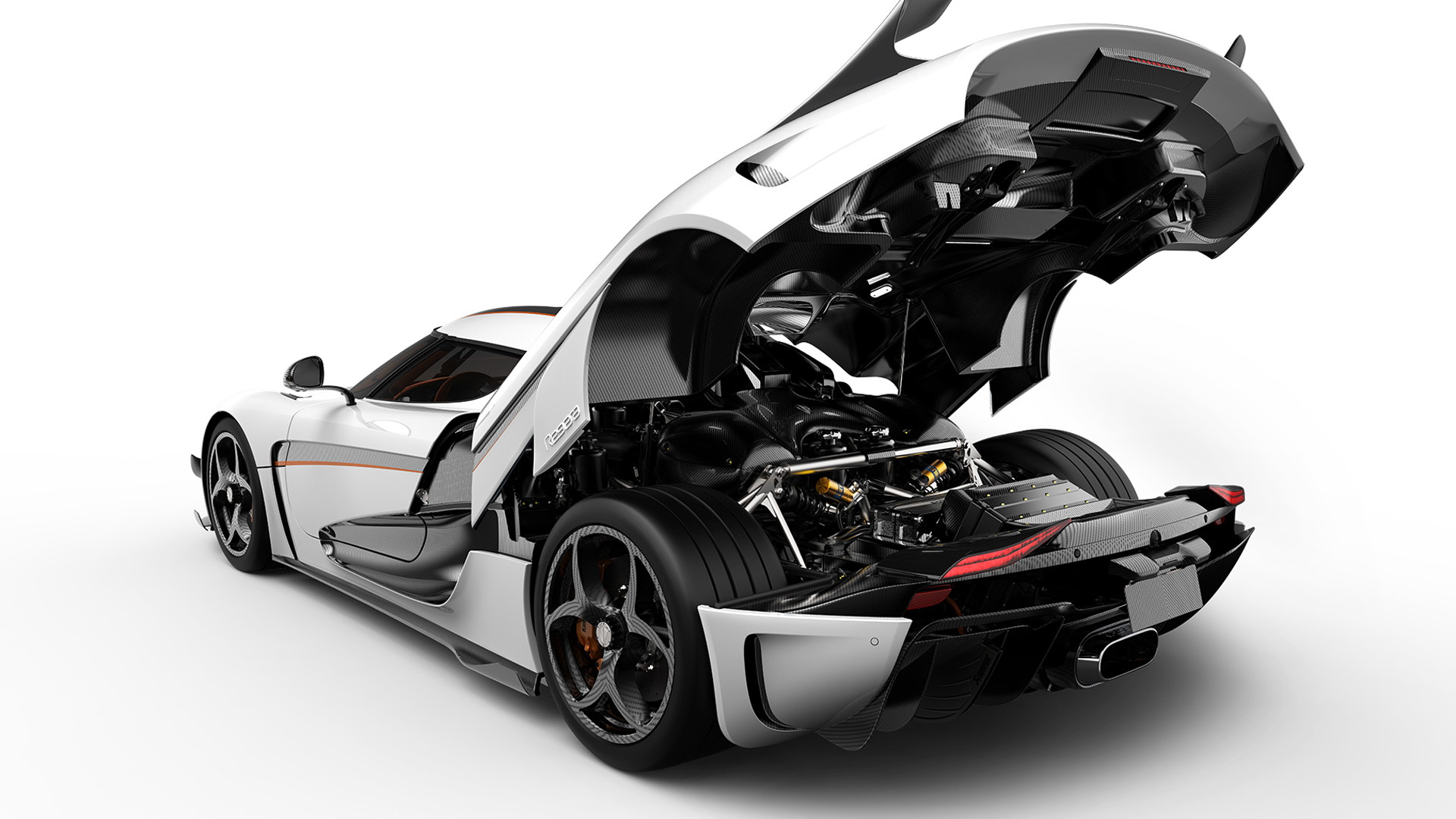 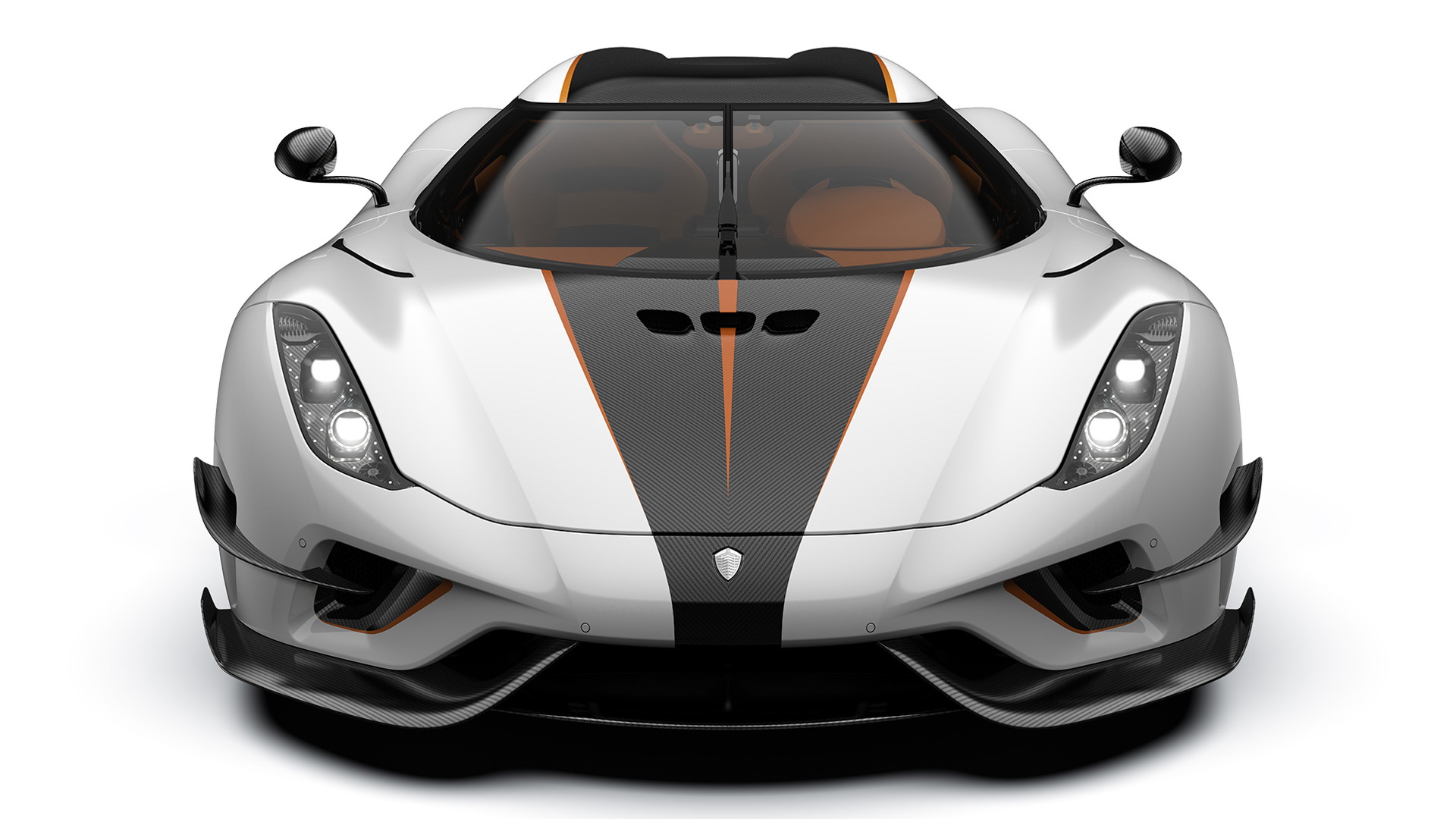 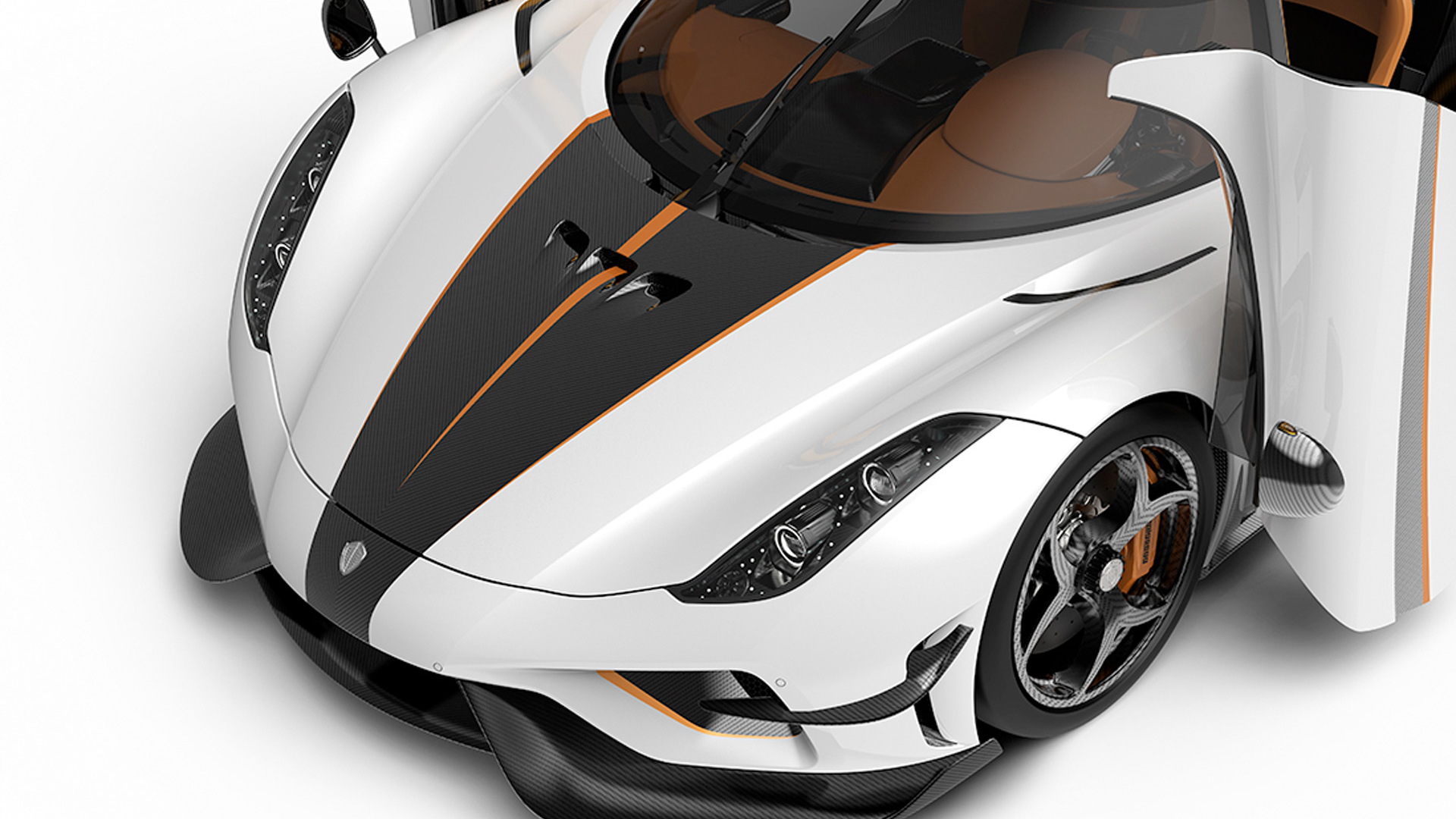 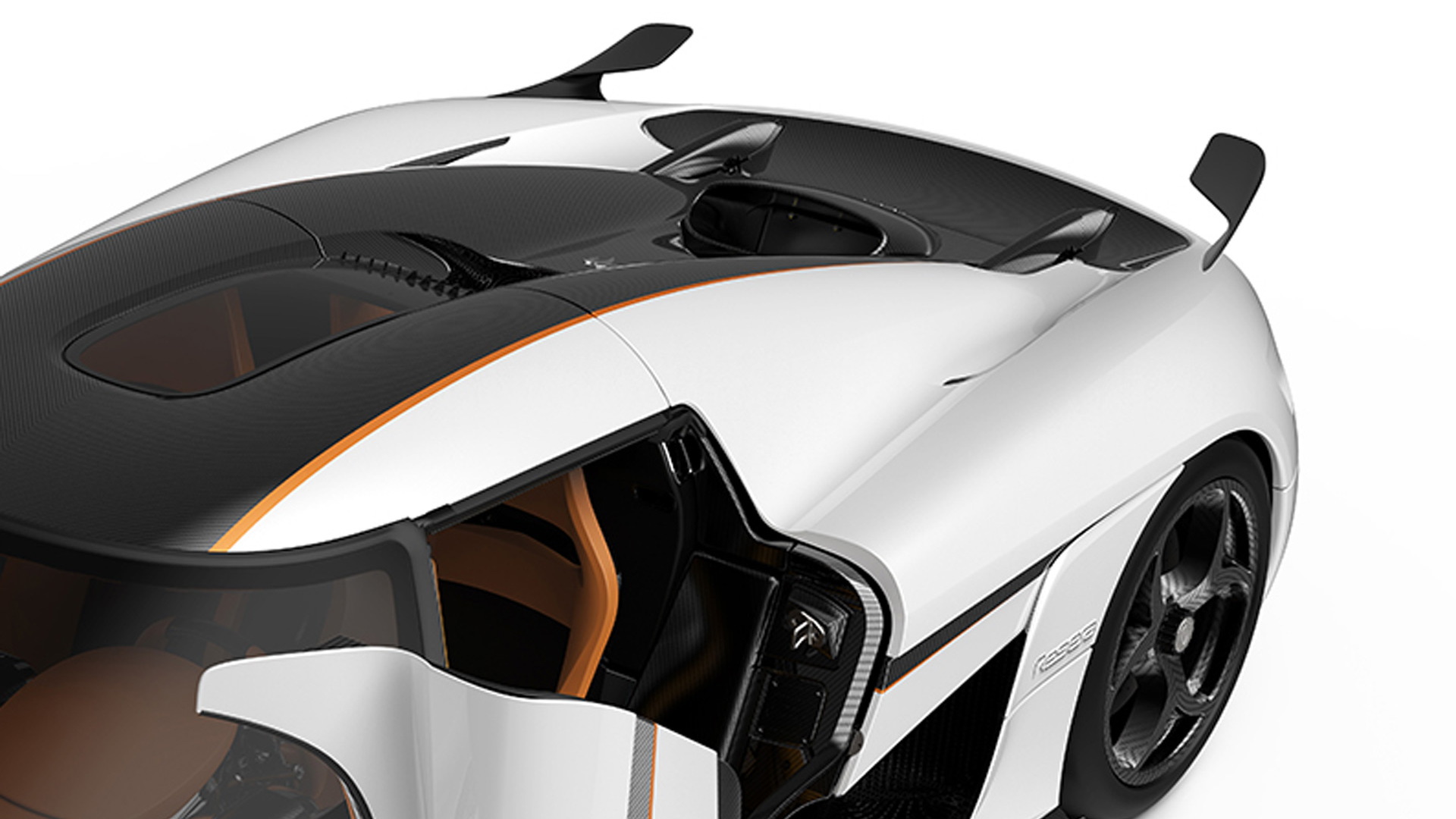 Called the Ghost package, the package adds a new lip spoiler and flics at the front of the car as well as a pair of winglets at the rear similar to the design we first saw on Ferrari's FXX K track car.

Koenigsegg says the package increases downforce by up to 20 percent, which should make the Regera much more capable at the track, even though the car's philosophy is more attuned to high-speed grand touring than setting fast laps.

Koenigsegg has also fitted this particular Regera with the company's own carbon fiber wheels, plus a set of Michelin PilotSport 4S tires.

All Regeras come with a powertrain combining a 5.0-liter twin-turbocharged V-8 with an electric drive system for a total 1,500 horsepower. This is enough to propel the car from 0-186 mph in only 10.9 seconds. Keep the pedal mashed to the floor and the car is said to be capable of hitting a 248 mph top speed less than 10 seconds later.

Unfortunately for any potential Regera buyers, all 80 build slots for the hybrid machine have been sold. Some examples might turn up on the used car market in the not too distant future, however, and buyers contemplating a used Koenigsegg can take the stress out by seeking cars qualified under the Swedish brand's new Certified Legends certified pre-owned program. Launching in Geneva on Tuesday, cars qualified under the Certified Legends program are fully checked by the factory and come with a 2-year warranty.