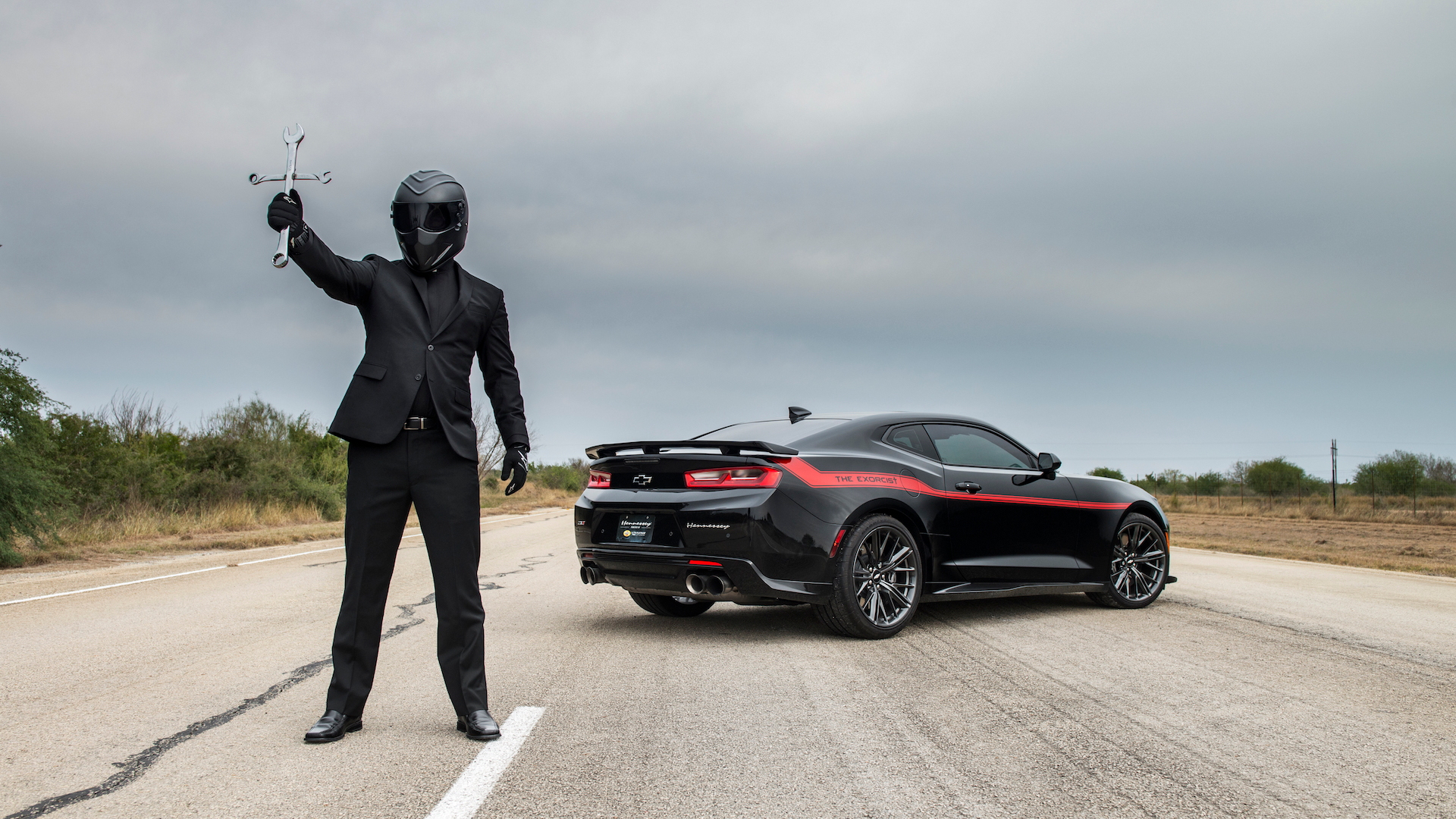 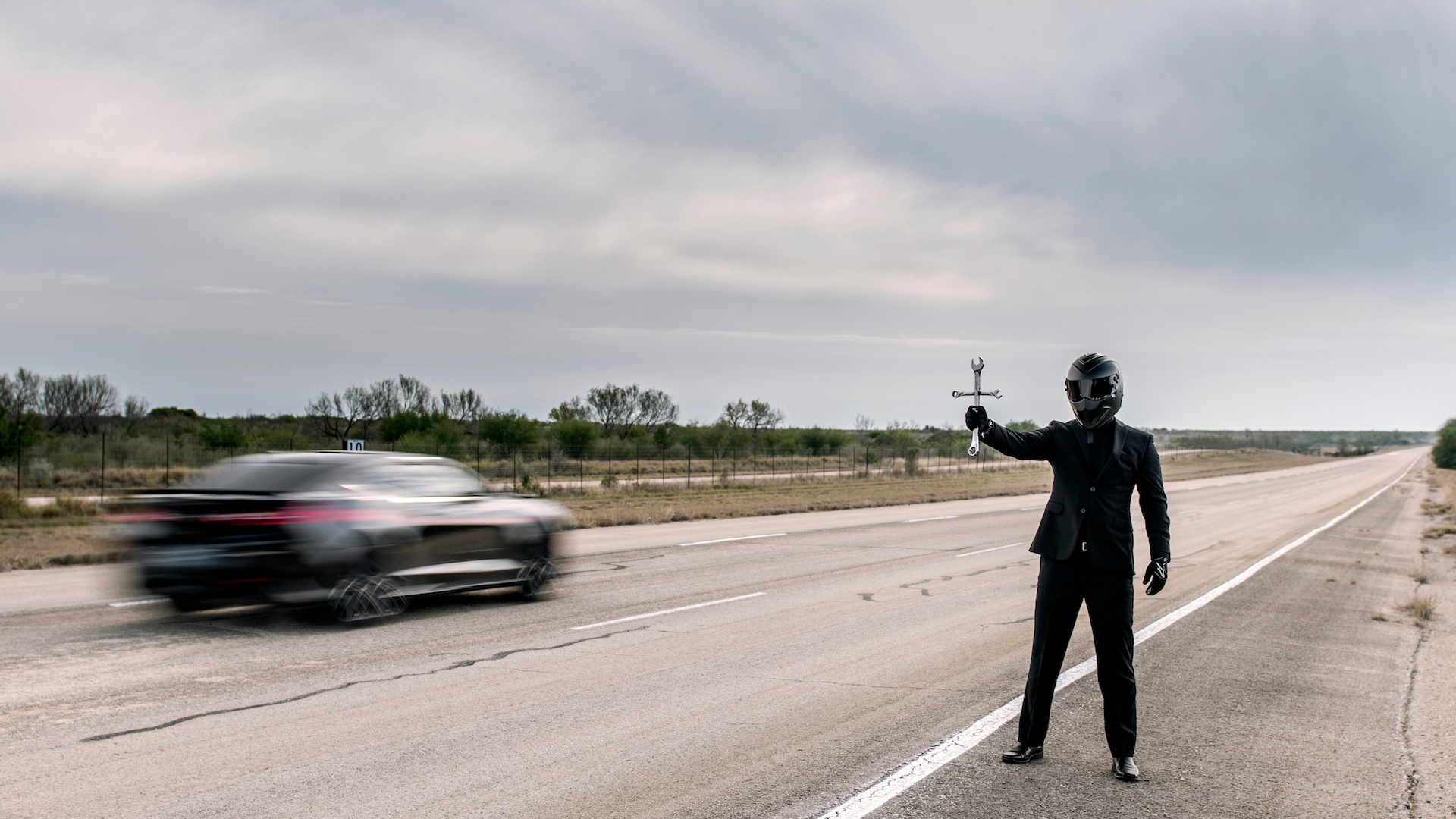 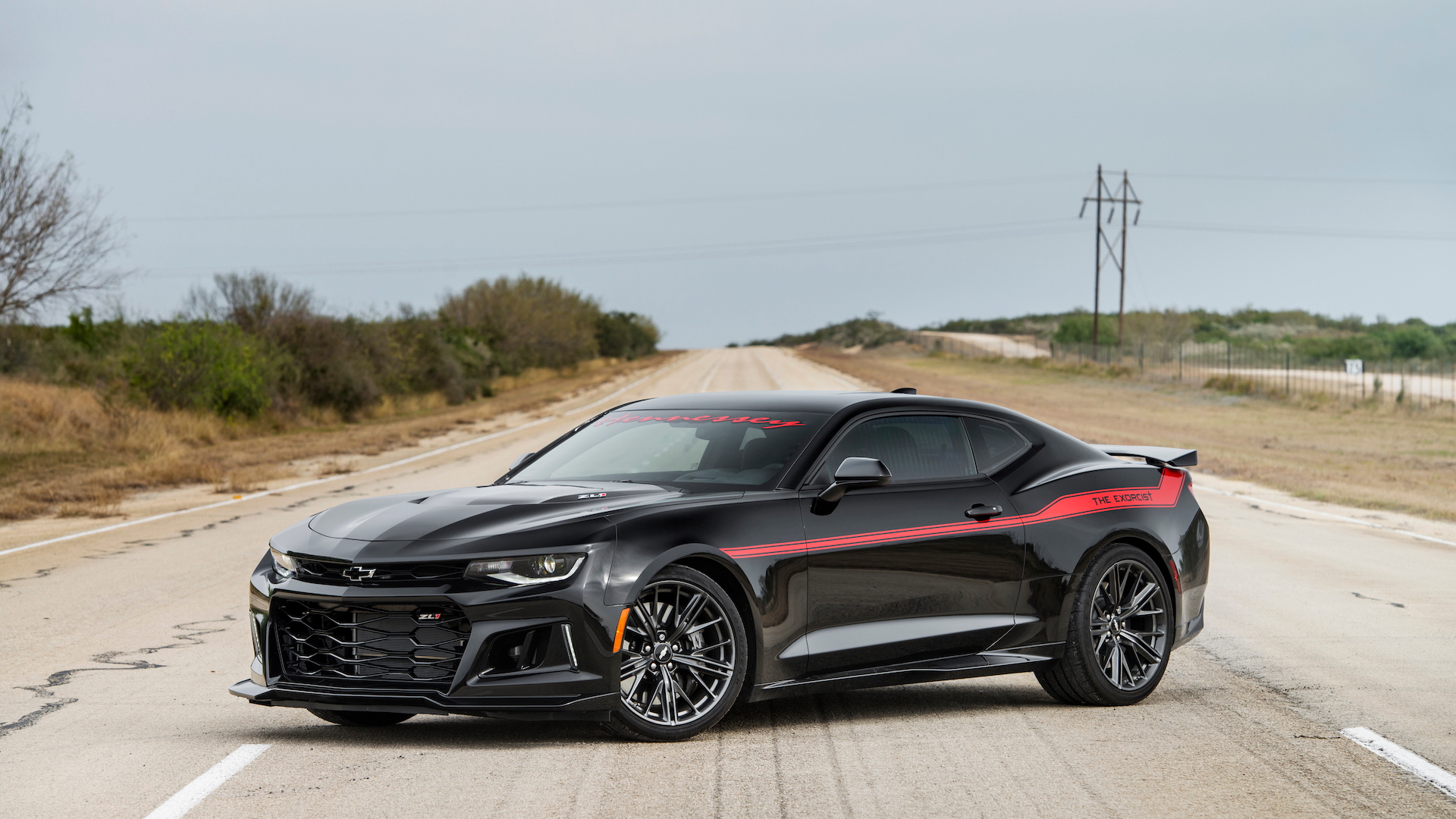 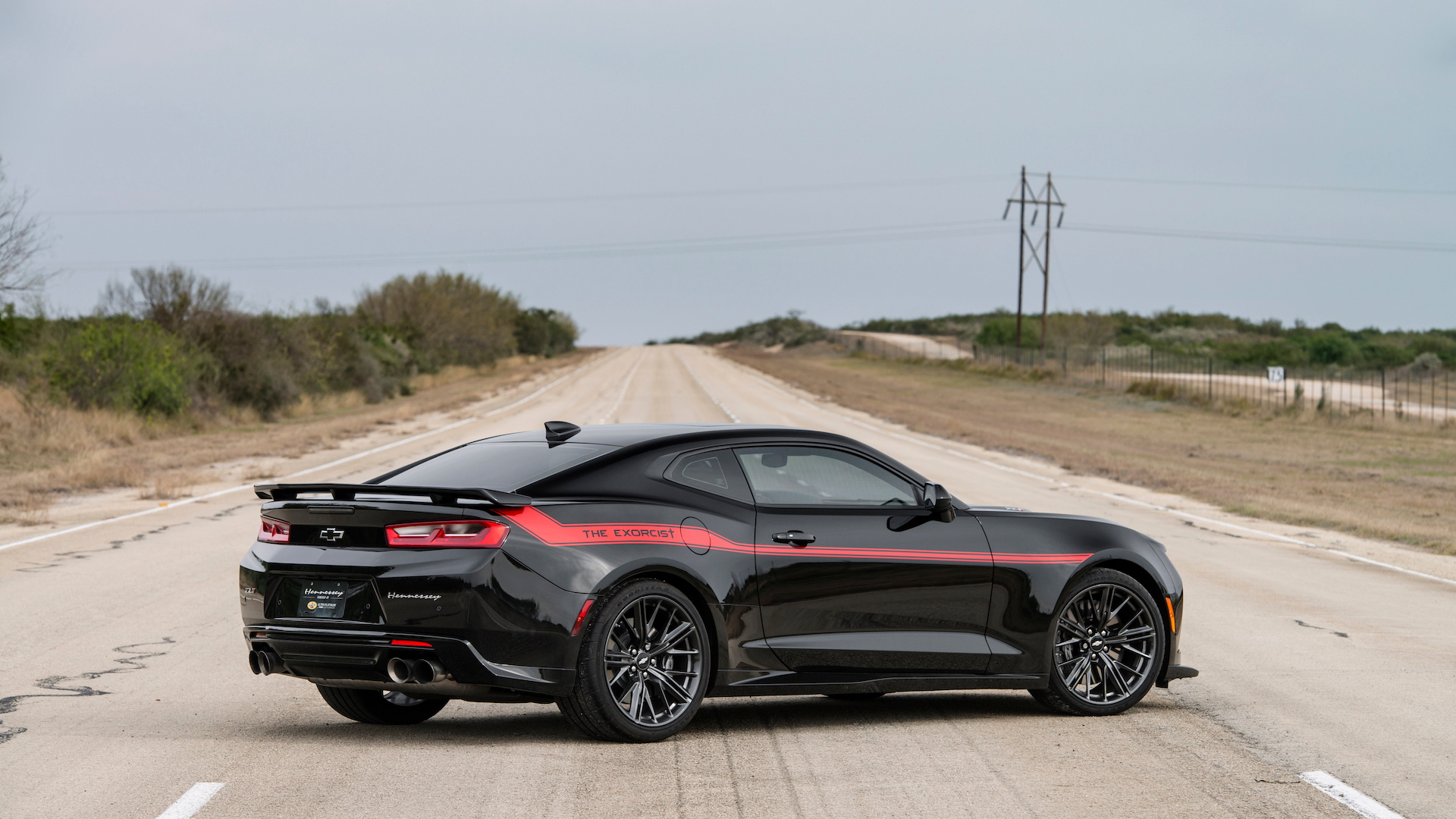 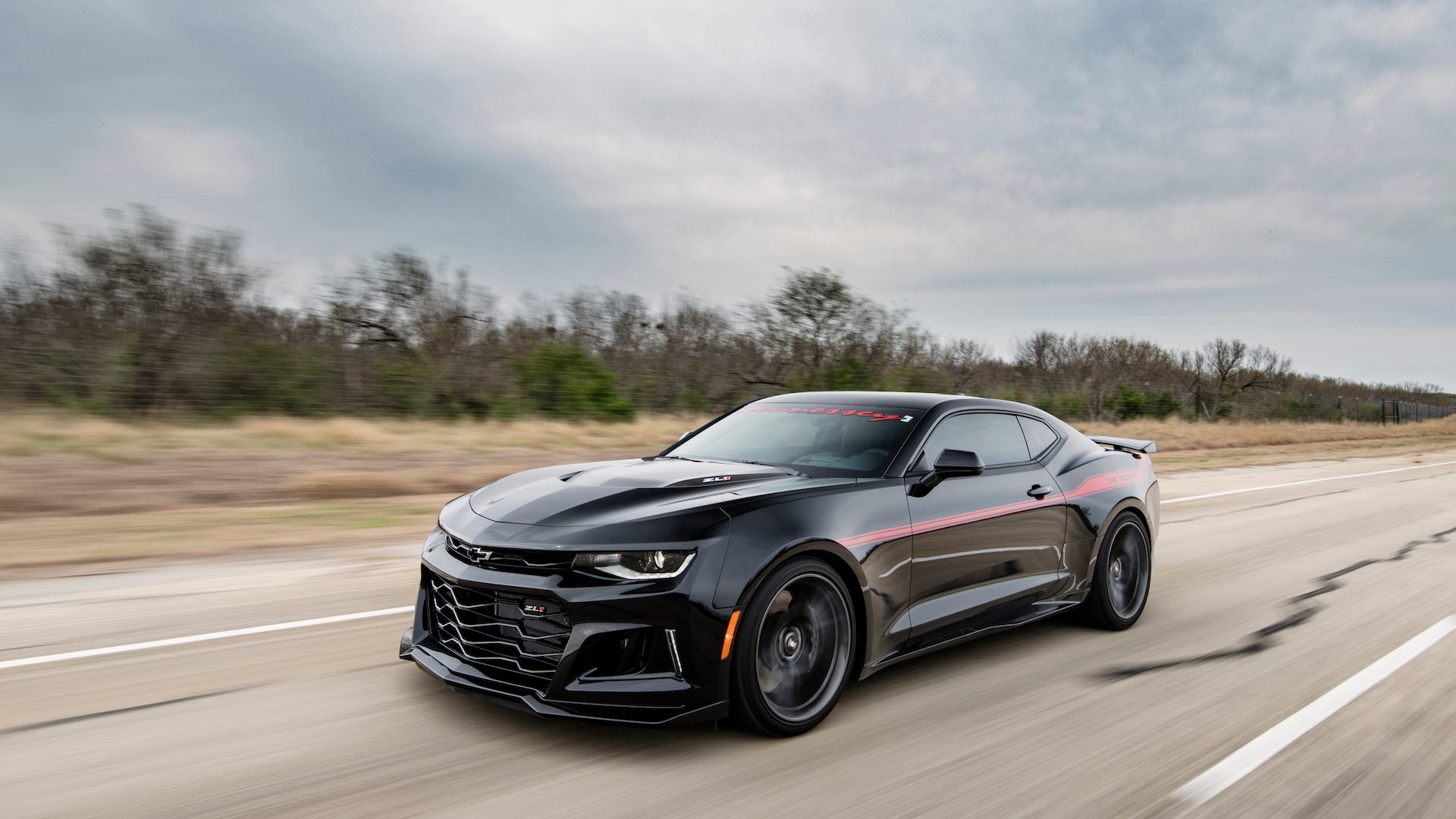 Hennessey Performance Engineering revealed the 1,000-horsepower Exorcist Chevrolet Camaro ZL1 last April, and since then the car's become an assailing answer to Dodge's Challenger Demon, even if it's not an OEM package. We know 959 of its 1,000 horsepower actually makes its way to the rear wheels, but we still never learned just how fast it will go in a straight line. Now, we know.

On Tuesday, Hennessey released a video of the Exorcist Camaro ZL1 and the tuning company showed the hopped-up pony car is good for a 217 mph top speed. For some comparison, the Challenger Demon will top out at 203 mph. The Demon's speed is also electronically limited.

HPE's Exorcist Camaro will also do 0-60 mph in under three seconds and clock quarter-mile times under 10 seconds regularly, the company previously boasted.

Ironic enough, Ford Performance School driver Brian Smith handled the top speed run for HPE at the Continental Uvalde Proving Grounds. The track features a 1.0-mile straightaway where the car could truly dig in and Smith could run flat out. Otherwise, the track is an oval with a slight corner at nearly all times, which made it difficult to mash the accelerator to the floor.

But, Smith still squeezed every last ounce of speed the Exorcist he could muster, and in the process, he showed the car is faster than a handful of supercars. Notably, the car matches a McLaren P1 and nearly matches a Ferrari LaFerrari. The Italian hypercar ran up to 221 mph.