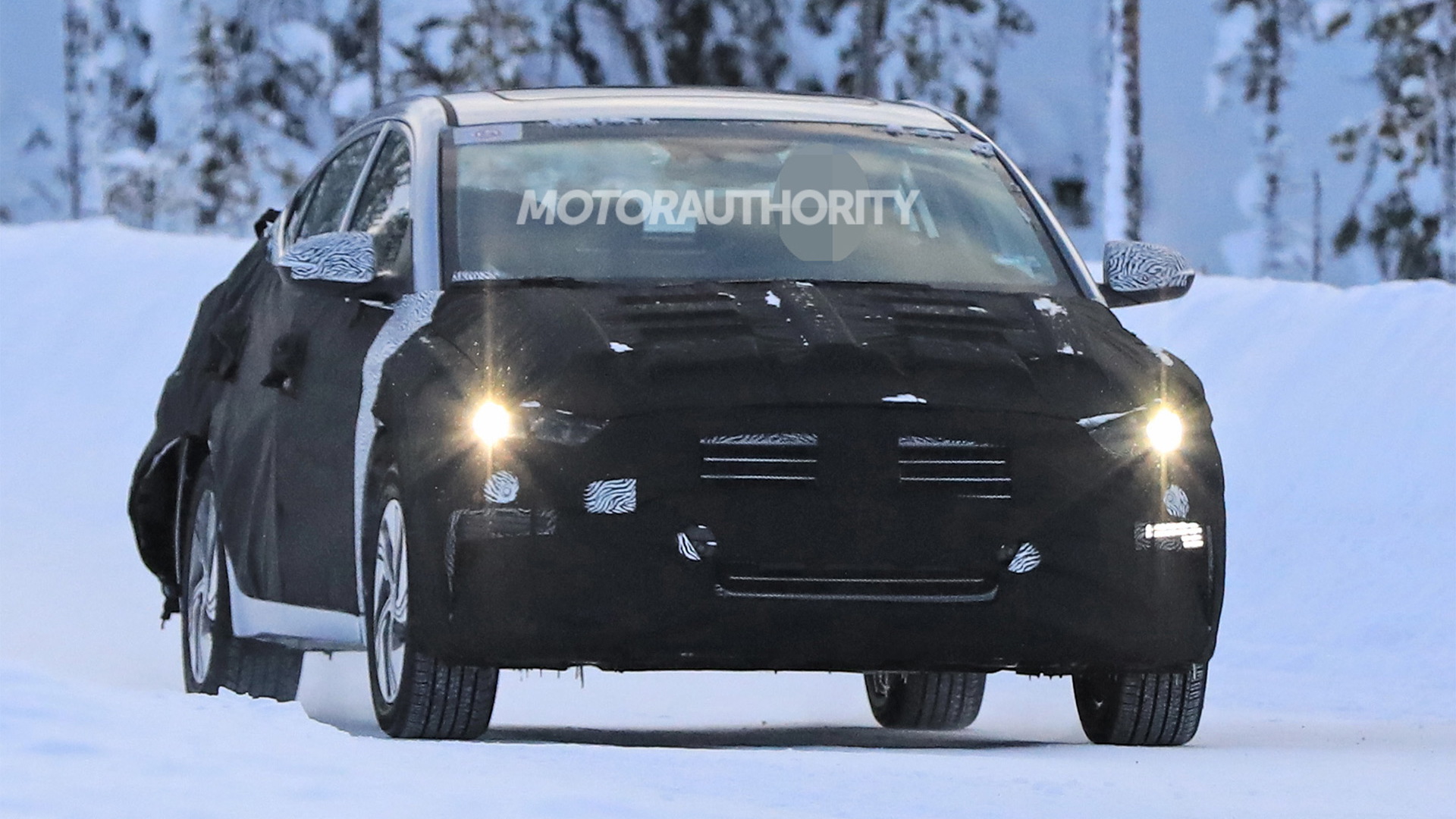 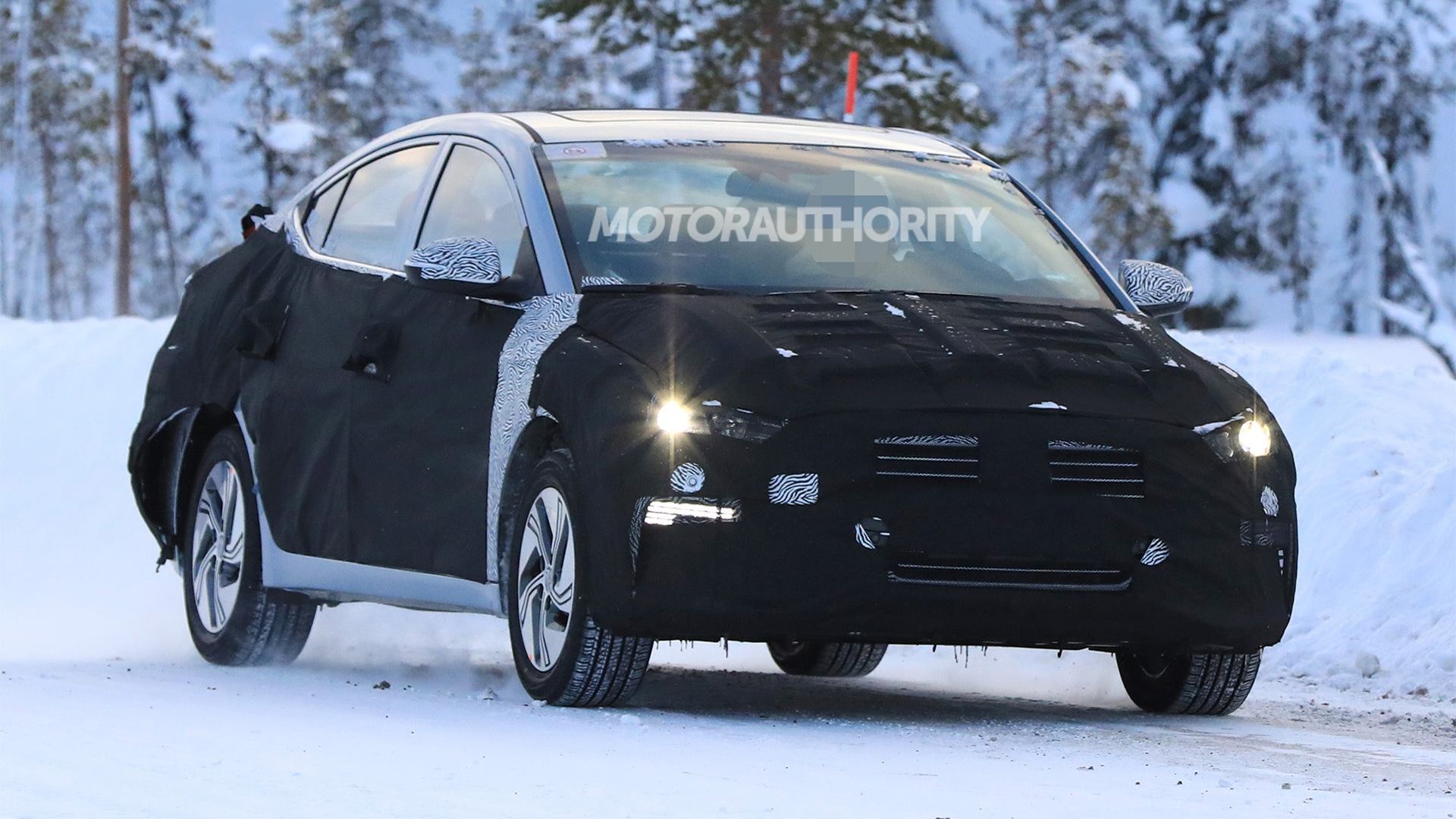 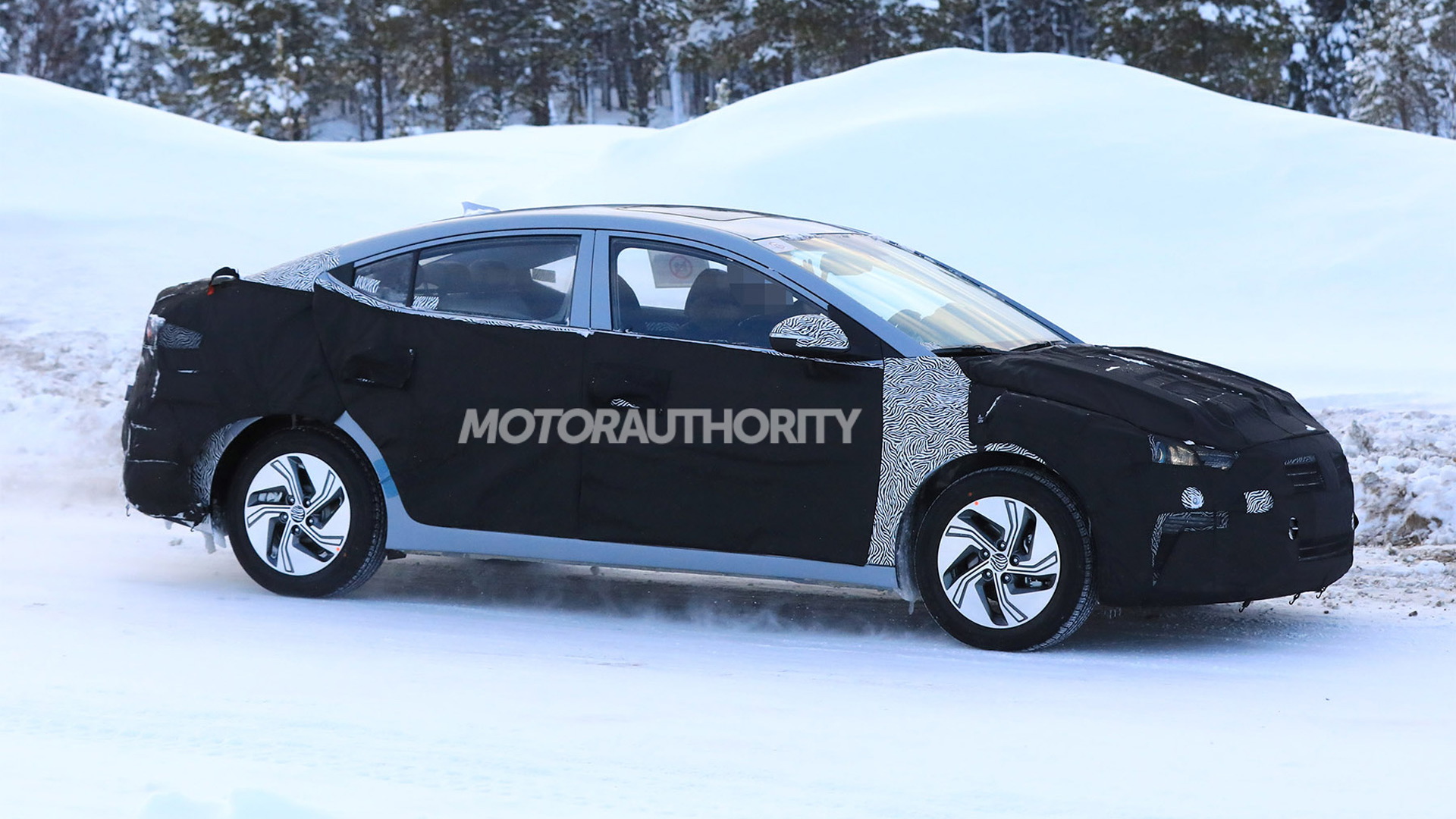 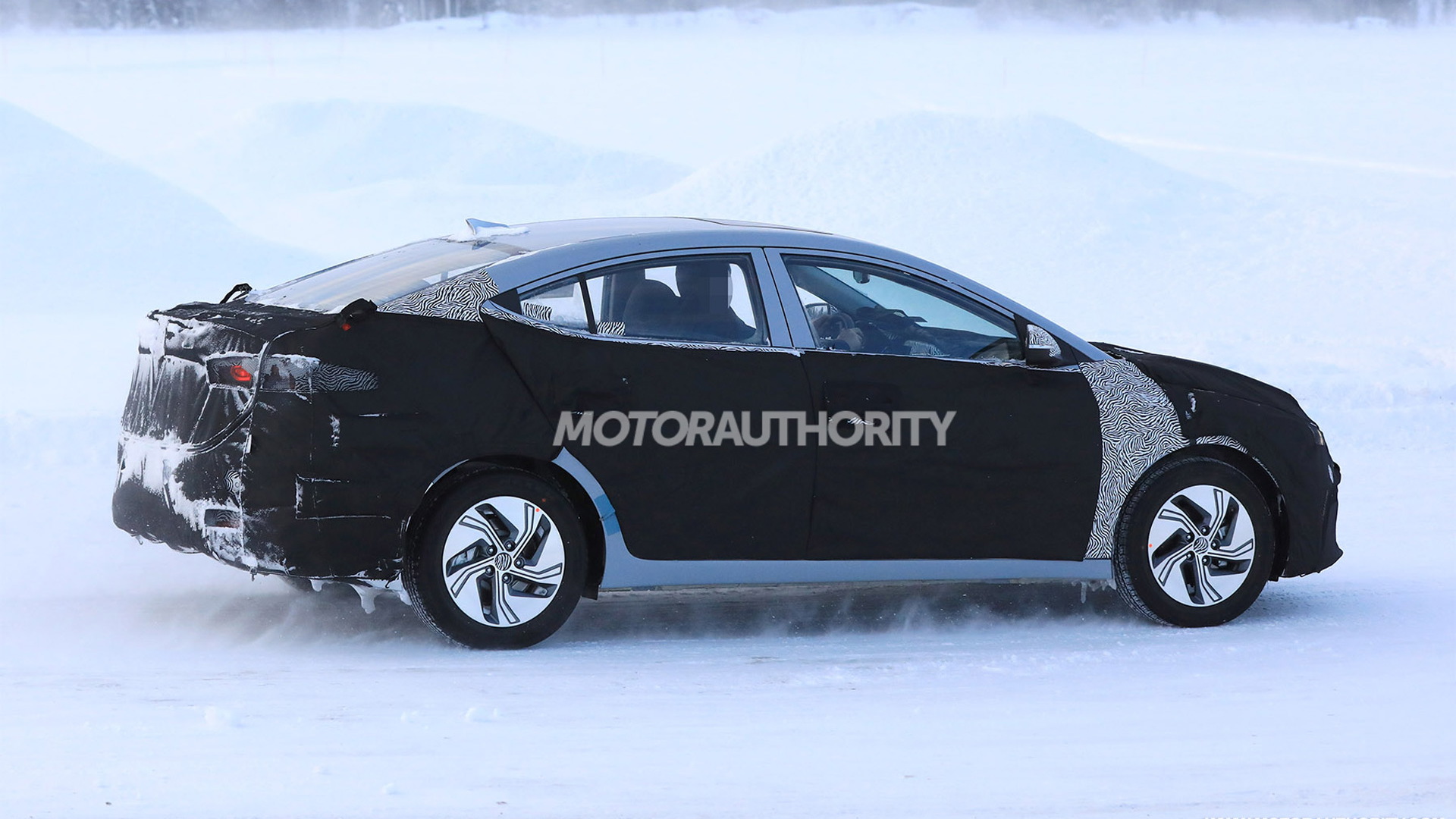 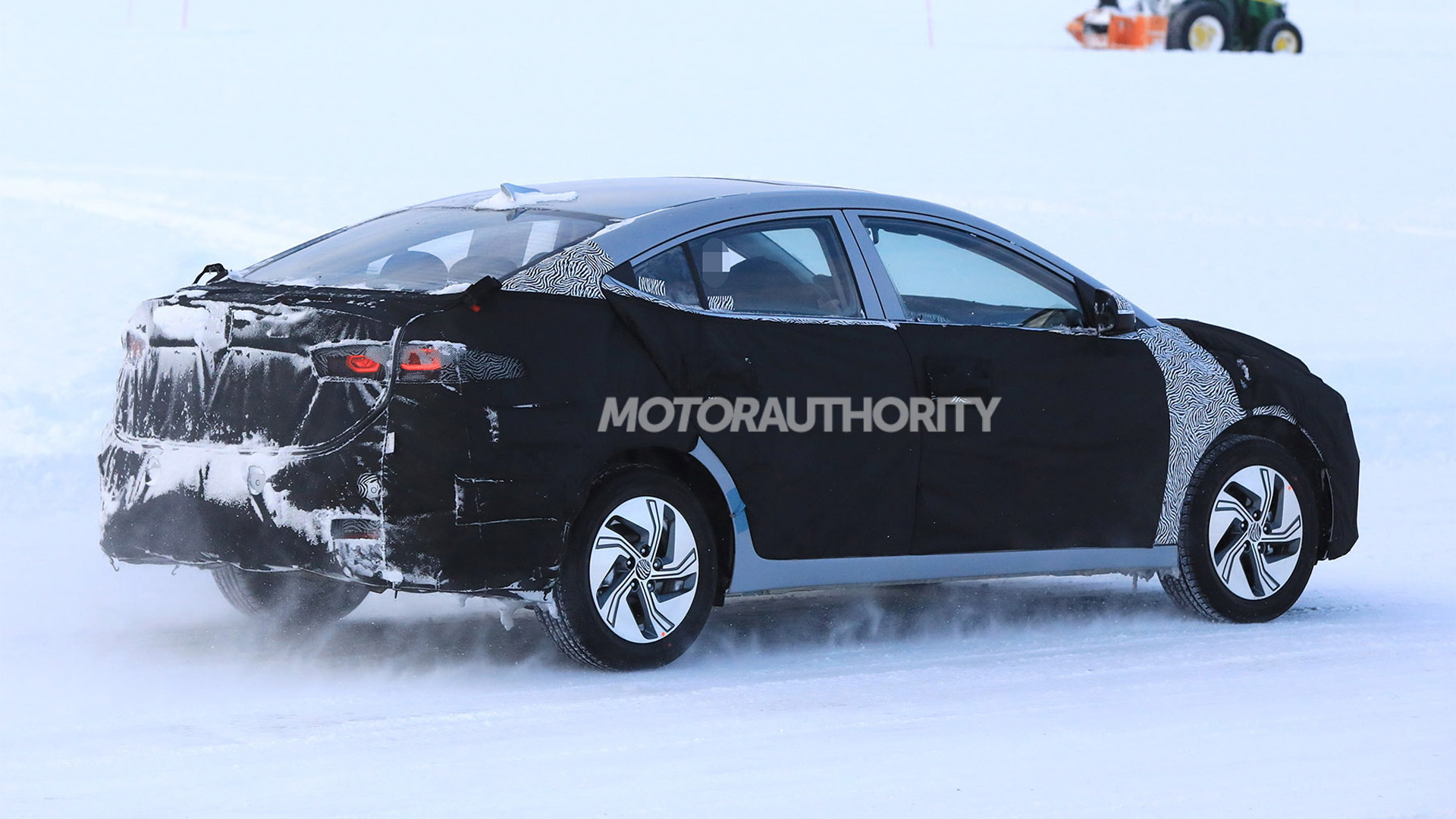 An electric version of Hyundai's popular compact sedan, the Elantra, has been spotted testing in the extreme cold of a northern Sweden winter.

The prototype sports the same low-drag wheels and tires of Hyundai's Ioniq Electric, and parts of the grille appear to be sealed off too.

Hyundai and sister brand Kia are committed to electrifying their respective lineups. This includes the launch of several battery-powered electric cars over the coming years, which for Hyundai commenced with the arrival last year of the Ioniq Electric.

Next in the pipeline is a Kona Electric, which we'll see in early March at the 2018 Geneva International Motor Show. This Elantra Electric will likely be the third electric car from Hyundai, though there's a good chance we won't ever see it in the United States. It's thought the car is being developed for the Chinese market to meet growing demand for affordable EVs, thus it will likely end up being built locally with Hyundai's joint venture partner BAIC.

As for the powertrain, Hyundai's biggest battery announced so far is a 64-kilowatt-hour lithium-polymer battery good for 238 miles of range, which we're expecting to see as a range-topping option in the upcoming Kona Electric. We're expecting a smaller battery for the Elantra Electric. There are rumors of a 50-kwh battery being developed though we could see Hyundai simply go with the 28-kwh, 124-mile range battery of the Ioniq Electric to keep prices of the Elantra Electric low. A single electric motor should sit at the front axle.

We should know more soon as the car is expected to debut in the second half of 2018.