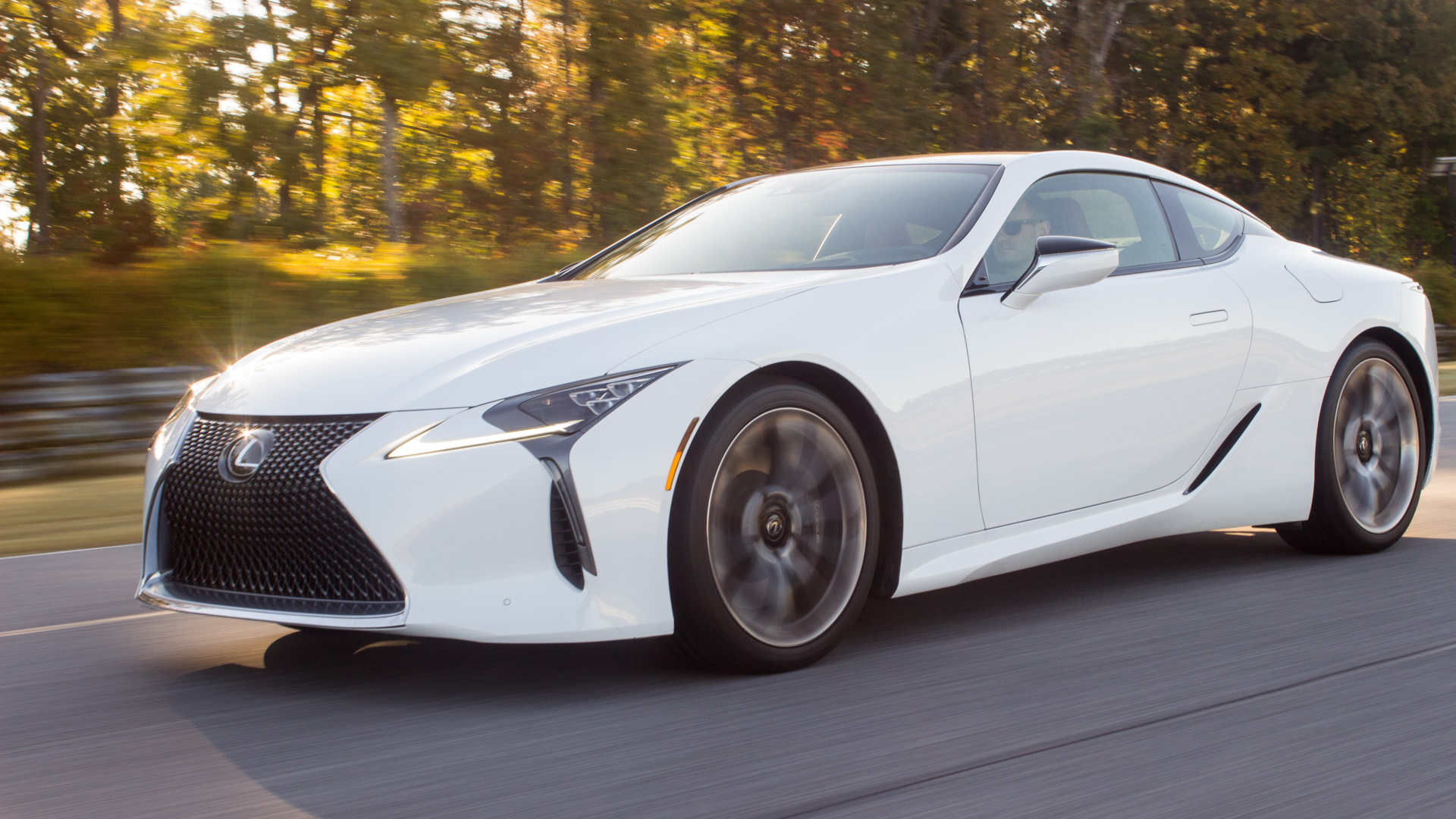 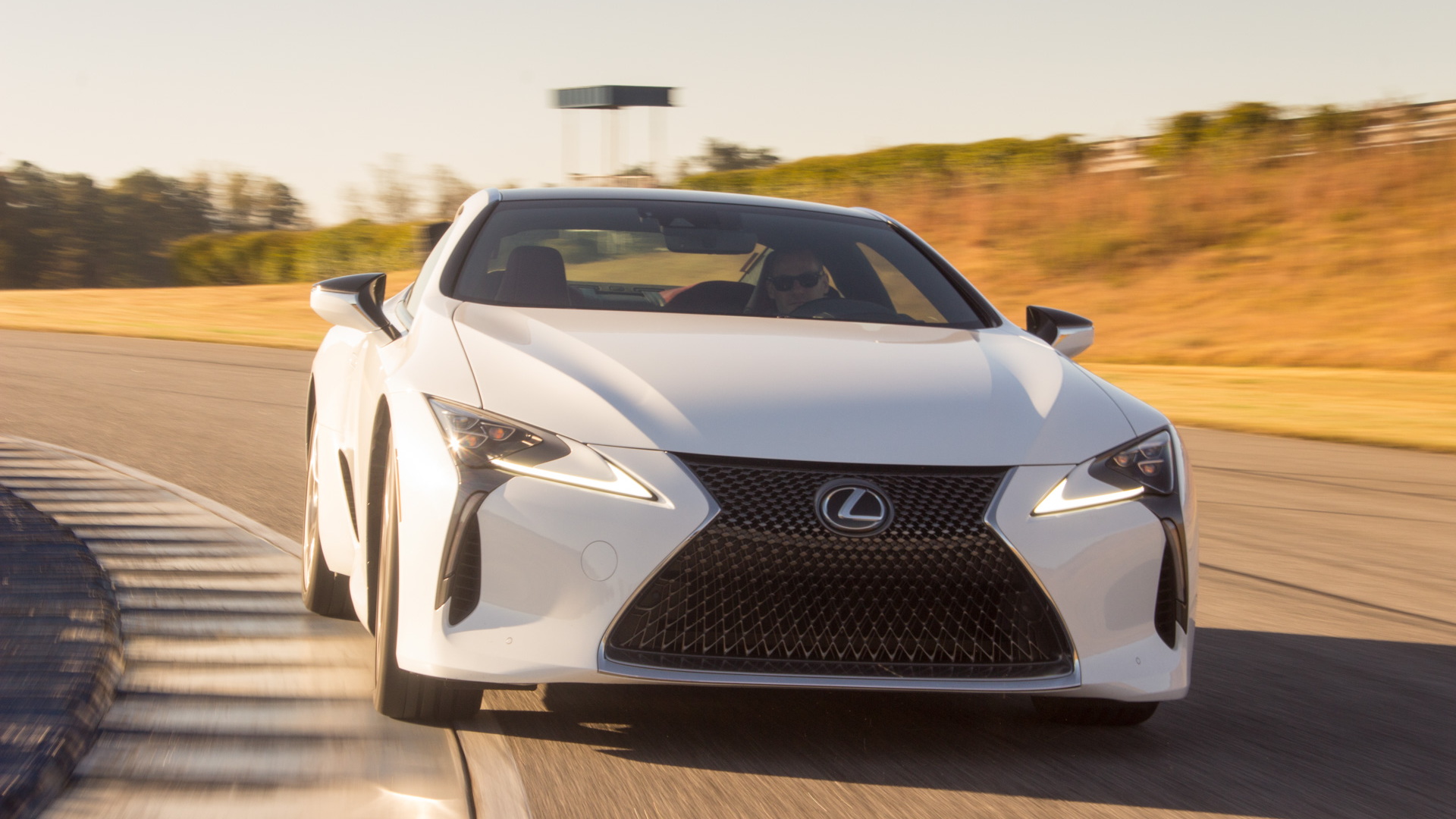 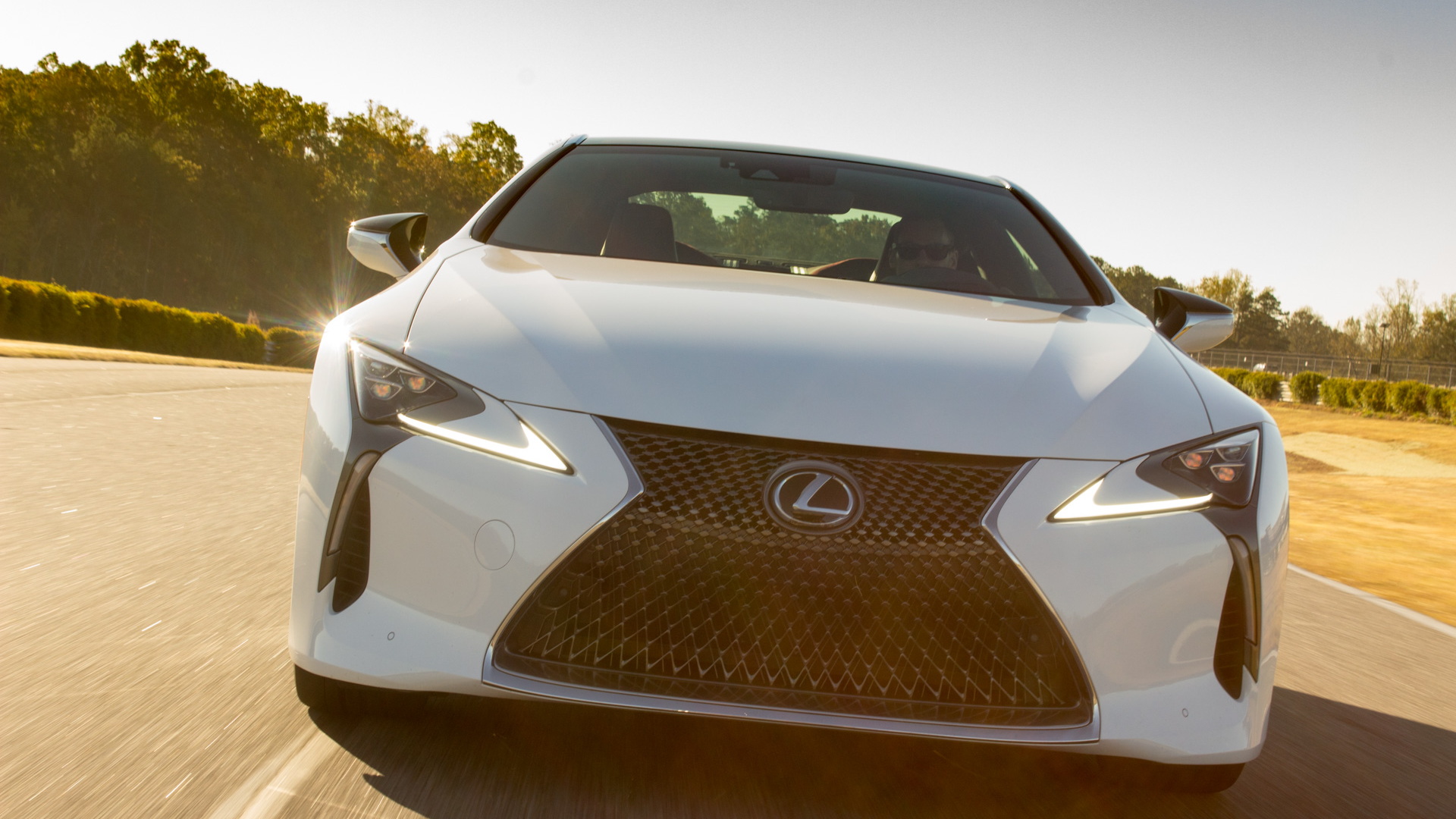 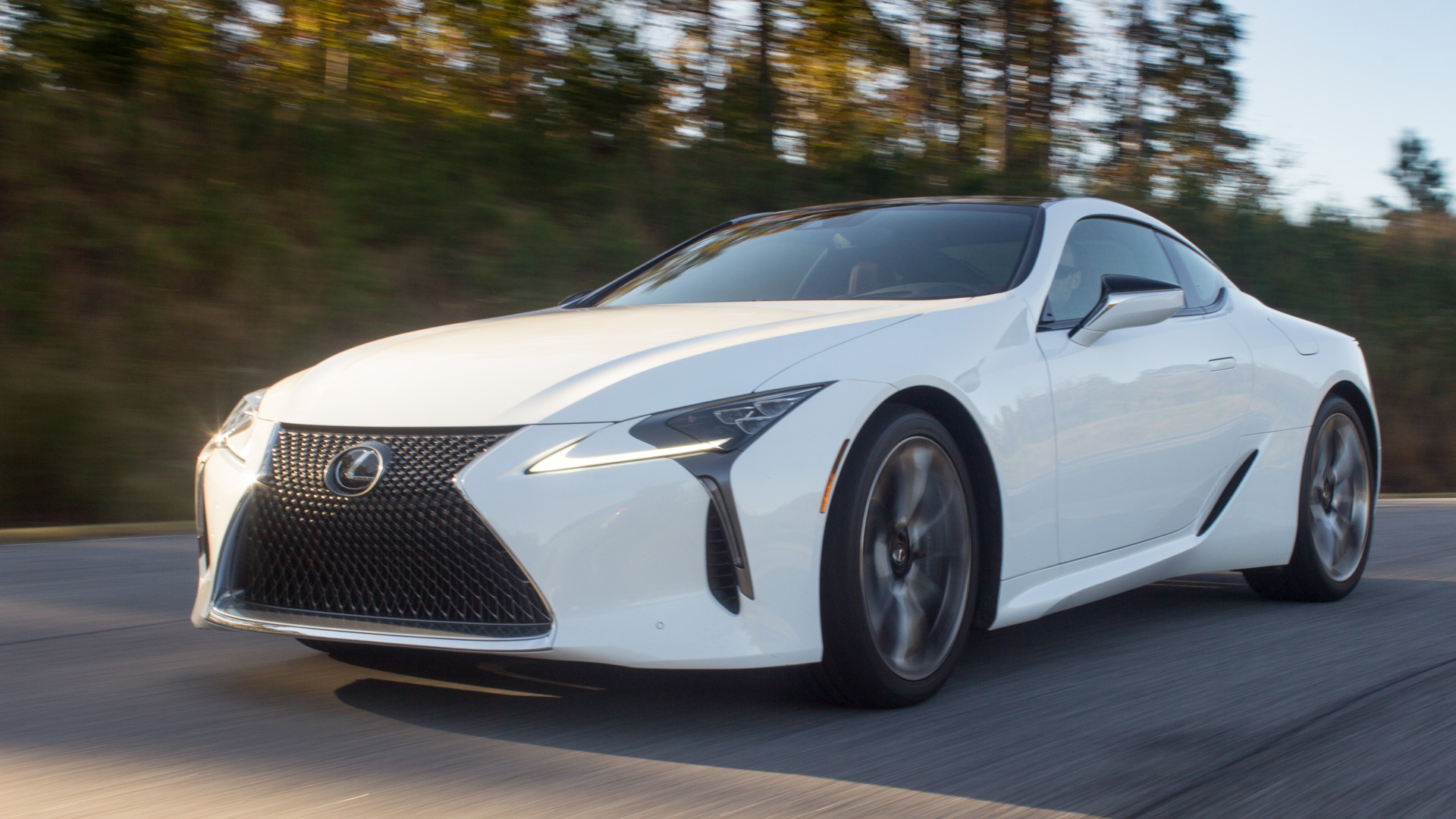 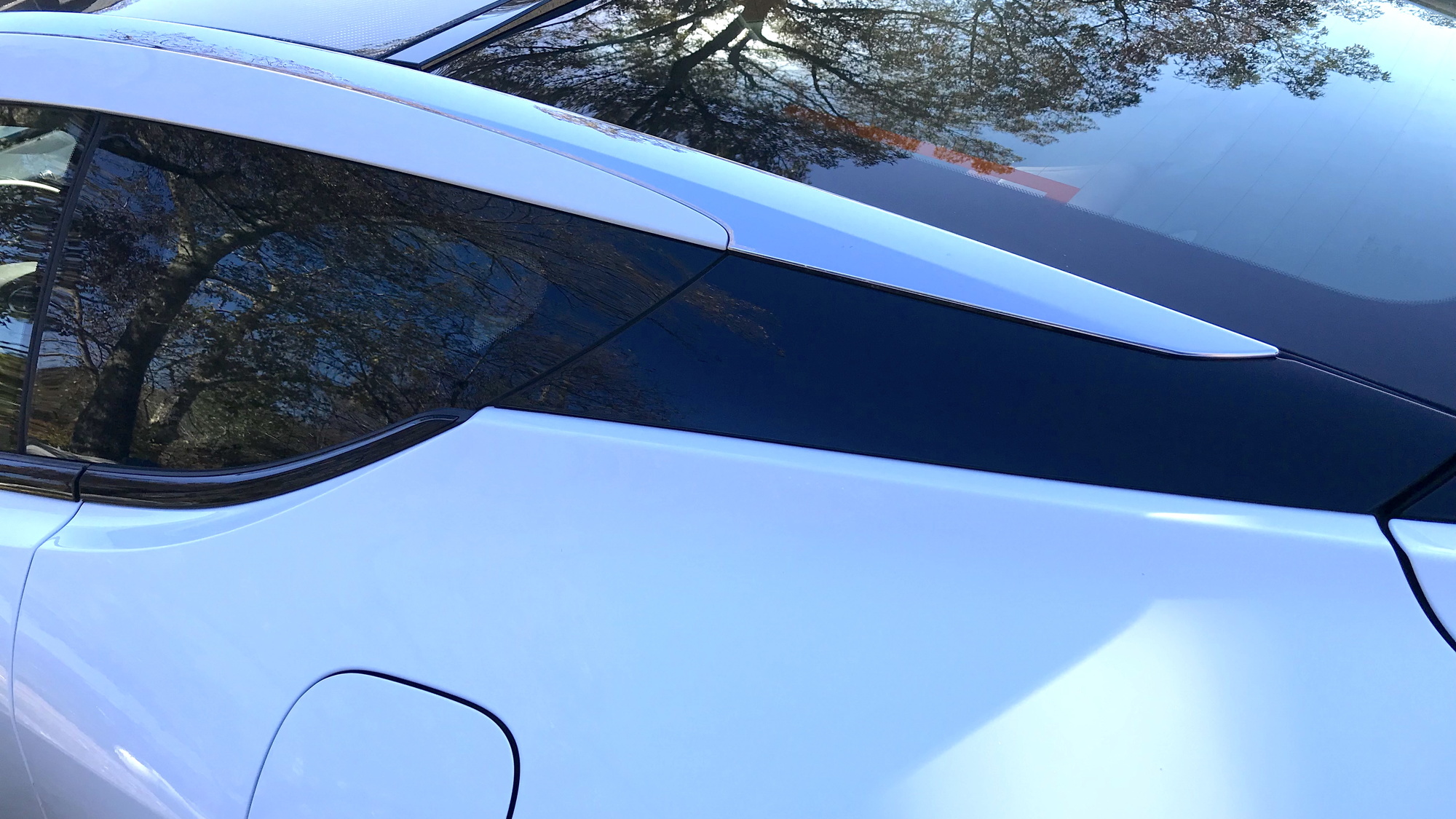 Concept cars can be beautiful, but they’re ideas. They’re not always made to be real cars. Sometimes an automaker takes a chance and builds that concept. This time, it’s Lexus, and the result is this beauty.

Want to find out if this 2018 Lexus LC 500 drives as great as it looks? We slid behind the wheel to find out.

Before we do, let’s talk styling. Stunning, right? Lexus first showed this as a concept and hardly changed anything for for production. The LC 500 still looks like a concept car whether it's sitting in a parking lot or rolling down the road, from the 21-inch rear wheels to the Coke bottle shape and wild head and taillights.

Inside the interior is no less stunning with gorgeous door panels, fantastic seats, and a gauge cluster inspired by the LFA supercar. But it's not all roses inside the LC 500. The shift paddles are magnesium that feel like cheap plastic which makes them feel out of place in an otherwise well put together interior.

Then there's the infotainment system. It’s the big flaw in this mostly flawless cockpit. The screen isn’t a touchscreen, and inputs get written on this touchpad. It’s barely a step ahead of the old mouse controller Lexus used to use.

With that out of the way, let’s get to the best of the LC. How about a naturally aspirated 5.0-liter V-8? We’ll take it. With 471 horsepower and 398 pound-feet of torque sent to the rear wheels through a 10-speed automatic transmission, the LC 500 makes a torrent of torque and horsepower and backs it with the best soundtrack possible. Start it up and it barks back at you. We approve.

Like your planet greener? Point for the hybrid model. It’s a tech buffet, with a 3.5-liter V-6, two electric motors, a 4-speed automatic transmission, and a battery pack for a combined output of 354 horsepower. Performance isn't far off that of the non hybrid model with 0-60 mph times of just 4.7 second and fuel economy in the mid 30s on the highway.

The LC is a hefty piece. It’s a few hundred pounds more than its rivals but it always carries that weight well. It has sharp steering, it rotates with a nudge of the throttle, and swaps gears in perfect concert with its free revving V-8 engine. Track days might be rare with it, but , It’s happy to crack off fast laps with a relaxed grand touring feel.

Audiophiles will want to opt for the terrific Mark Levinson audio system with 13 speakers, and 915 watts of power, and you might want to opt for the Sport package with its carbon fiber roof, active rear spoiler, head-up display, and the 21-inch wheels along with a Torsen rear differential.

Priced from the low $90,000s the Lexus LC 500 isn't cheap. It is a hell of a lot cheaper than cars it could logically replace–like an Aston Martin DB11, maybe? It’s a watershed moment for Lexus–and a beautiful one, too.