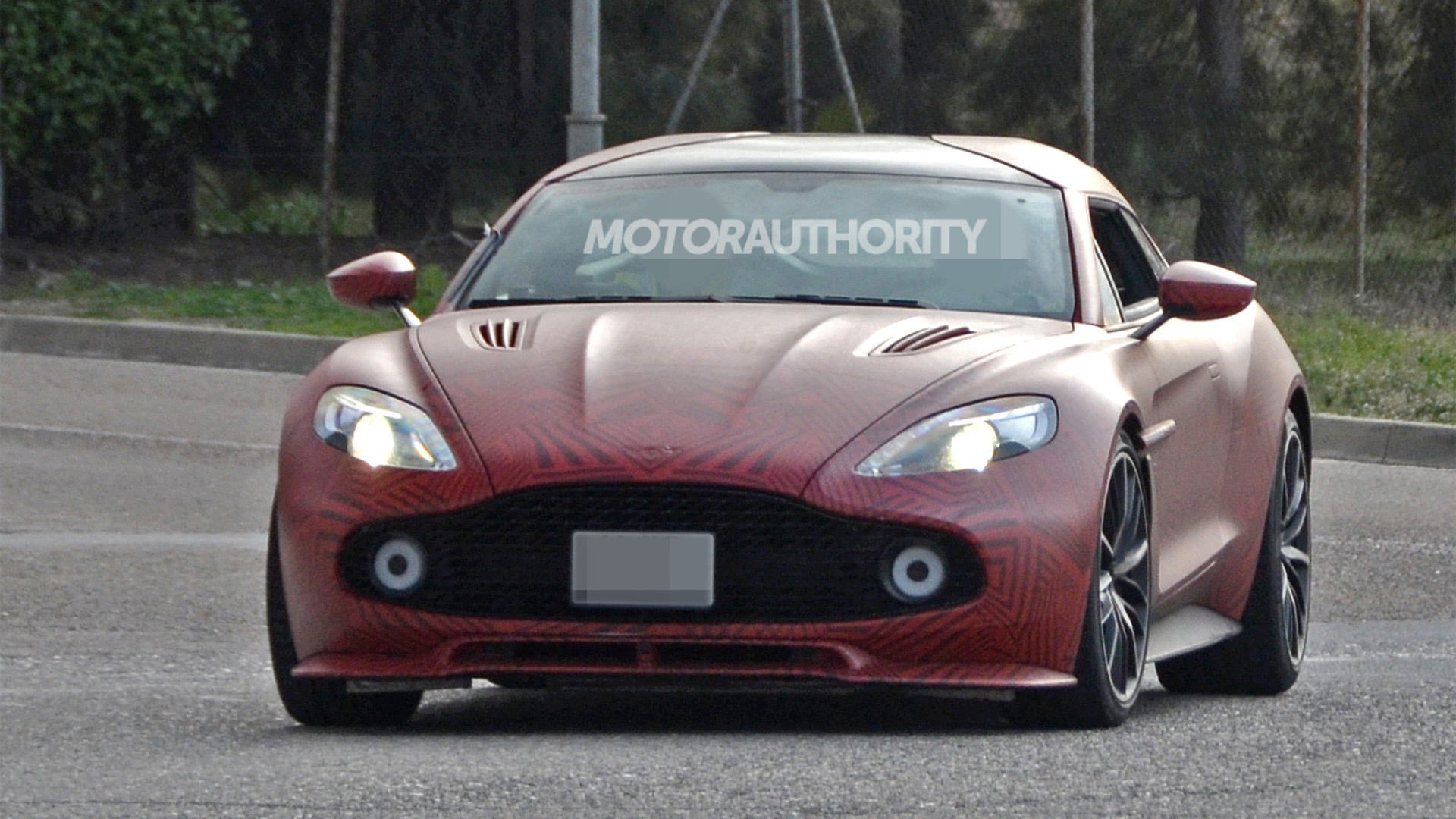 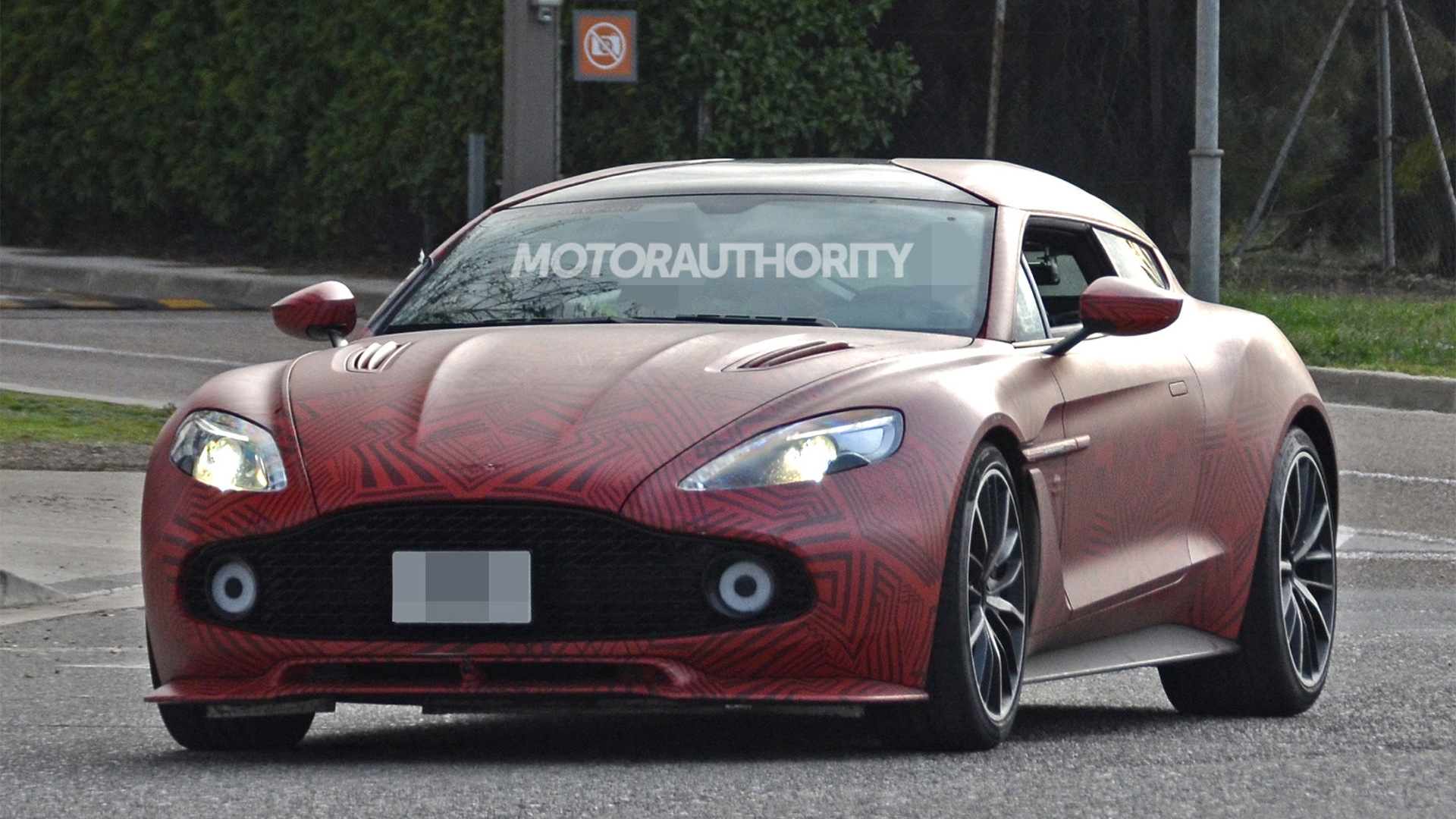 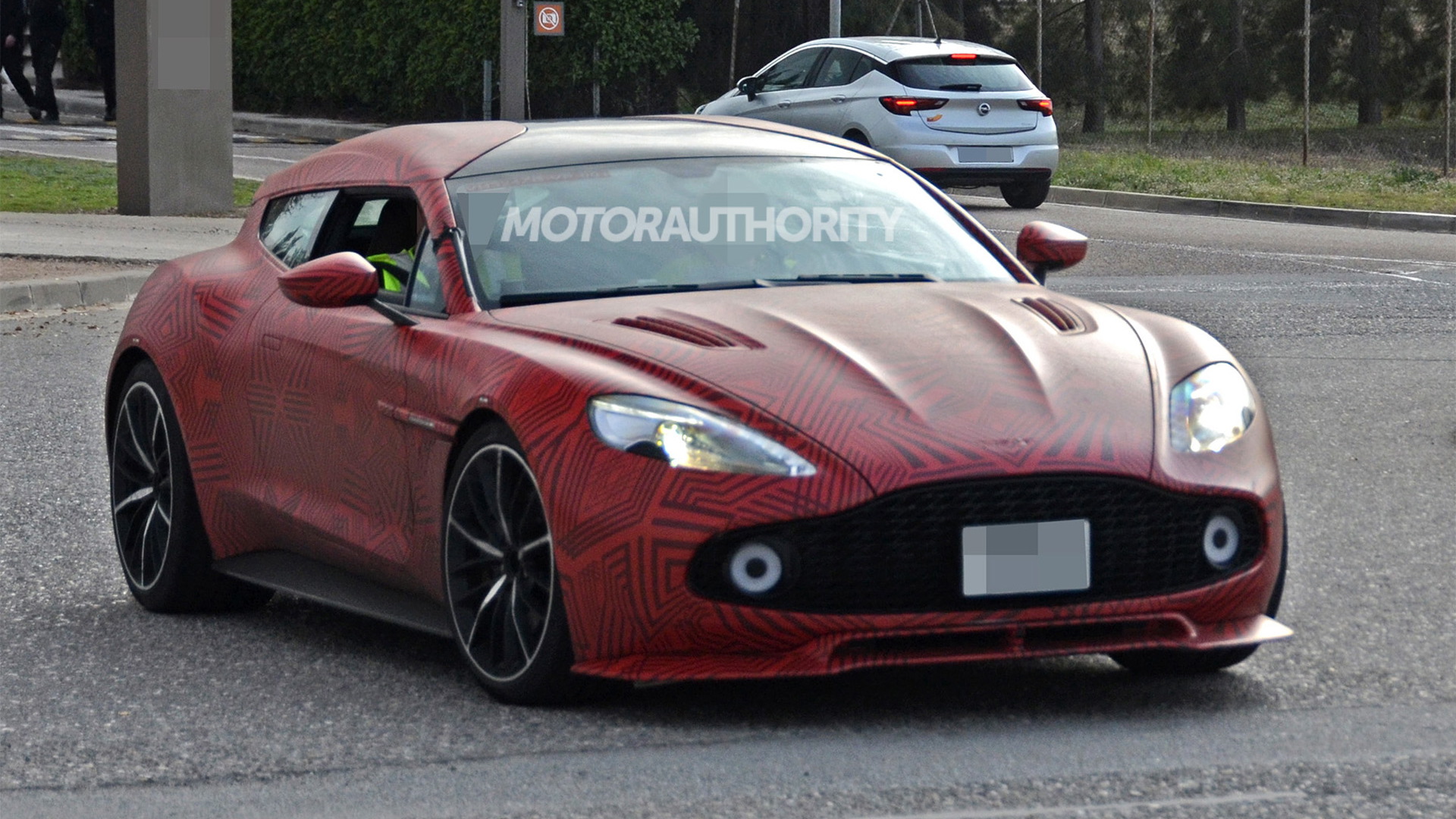 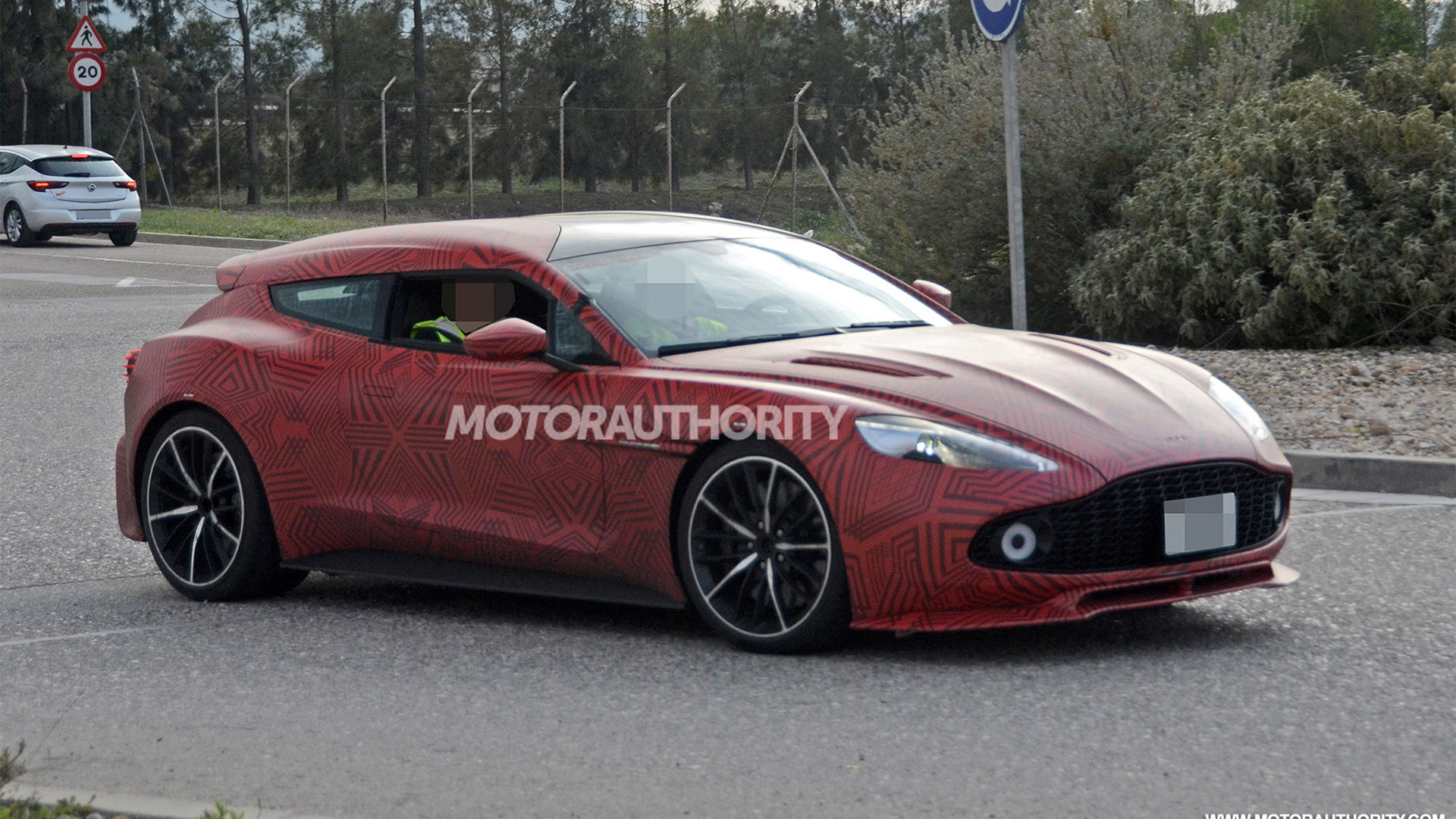 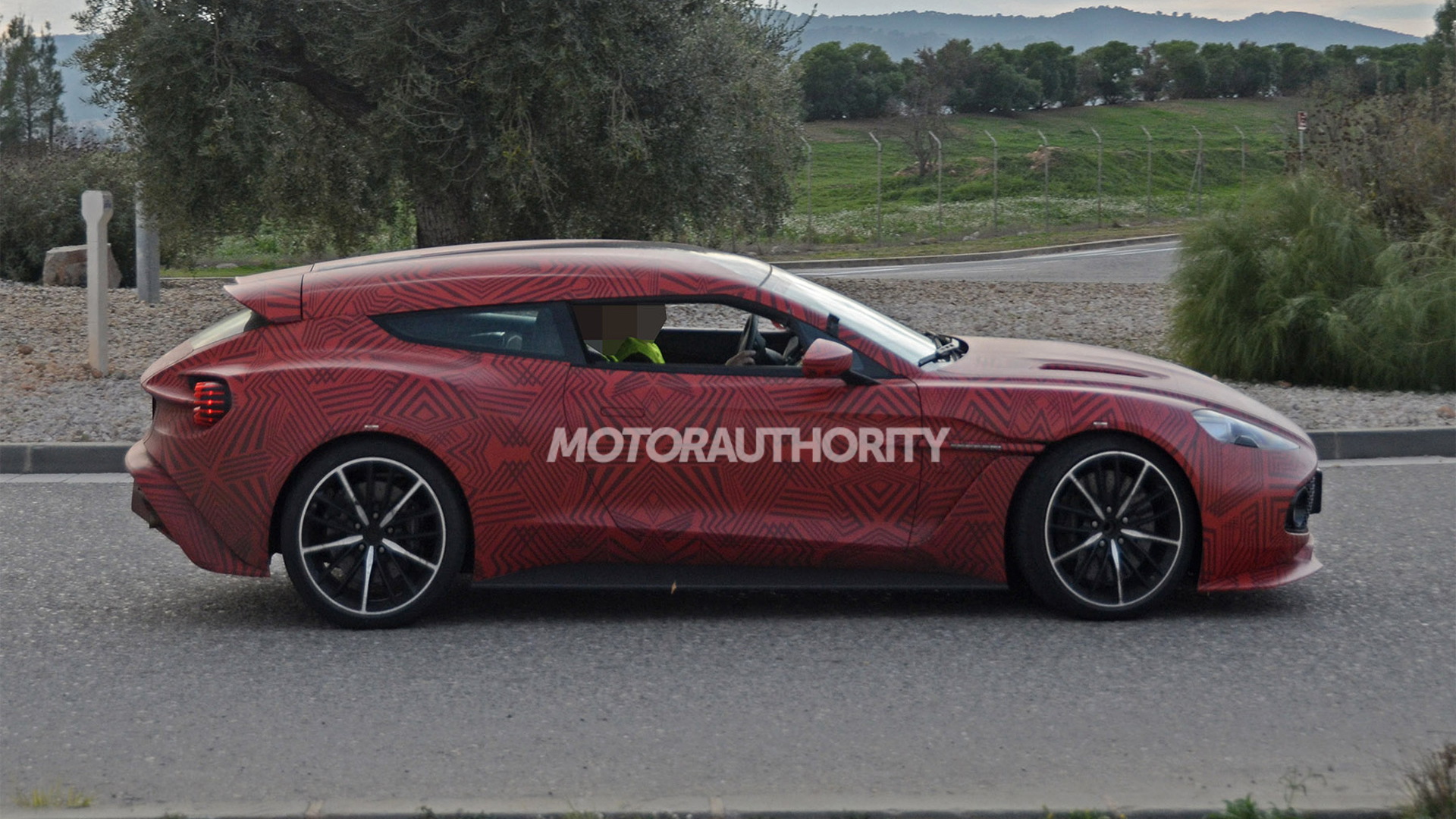 Aston Martin recently teamed up with Italian design house Zagato to develop a range of bespoke Vanquish models with unique styling and interior treatments. The move marked the end of the road for the second-generation Vanquish, which was replaced last year by the 2019 DBS Superleggera.

The expanded family was shown during August’s 2017 Pebble Beach Concours d’Elegance, bar the shooting brake whose design was yet to be finalized at the time. In fact, some final testing is still taking place as evidenced by the recent sighting of a prototype.

The extra development is because the Vanquish Zagato Shooting Brake represents the biggest departure from the standard Vanquish, due to its powered tailgate and long roof with glass inlays.

Despite the long-roof design, there are still only two seats inside. However, leather stretches all the way from the dash to the tailgate, and the cargo area has a carbon fiber panel. All the Zagato specials come with leather trim, with Zagato's Z motif embossed into each seat as well as other panels.

The cars are built to the same specification as the Aston Martin Vanquish S, meaning a 5.9-liter V-12 mounted up front and paired to an 8-speed auto. A peak 580 horsepower is delivered to the rear wheels and sees the cars achieve 0-60 mph acceleration in 3.5 seconds. The cars also benefit from unique suspension tuning honed on the Nürburgring and can reach speeds in excess of 200 mph.

Aston Martin is limiting production of the coupe, convertible and shooting brake to 99 examples for each body style. The speedster is limited to a more exclusive 28 cars. Incredibly, some Aston Martin die-hards have requested one of each type. Aston Martin hasn’t mentioned prices but the sticker is thought to be well north of $500,000 for the coupe.

“There’s always an over-demand from our clients and patrons,” Aston Martin design boss Marek Reichman said at the 2017 launch. “We could easily fulfill demand for more cars than this, but we want Zagato to remain something very special.”

Given the success of the cars, Aston Martin has already called on Zagato to help create a new special based on the DBS Superleggera. Just 19 examples will be built, though you won't be able to buy it by itself. Aston Martin will offer it together with a continuation example of the 1960s-era DB4 GT Zagato.