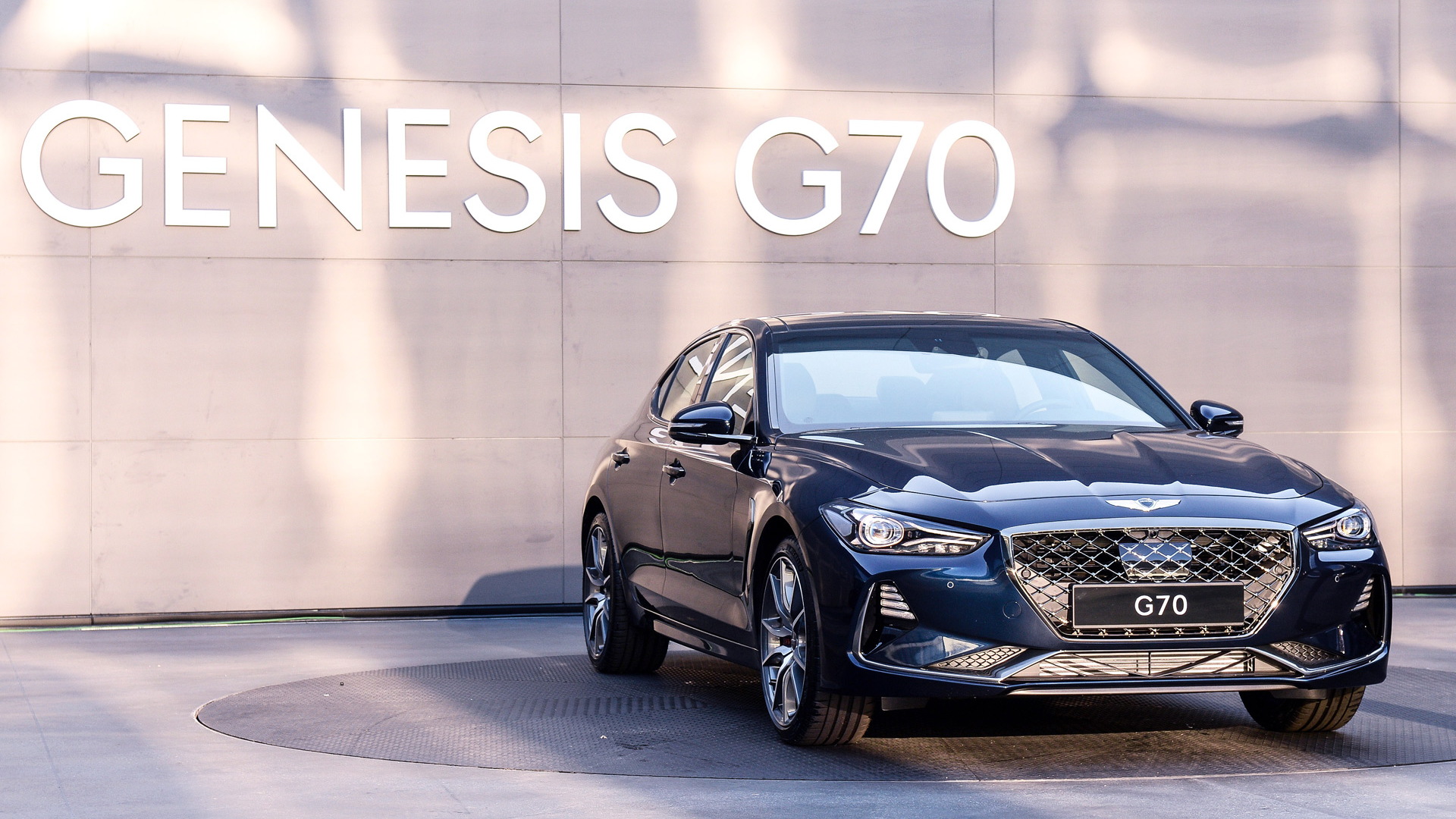 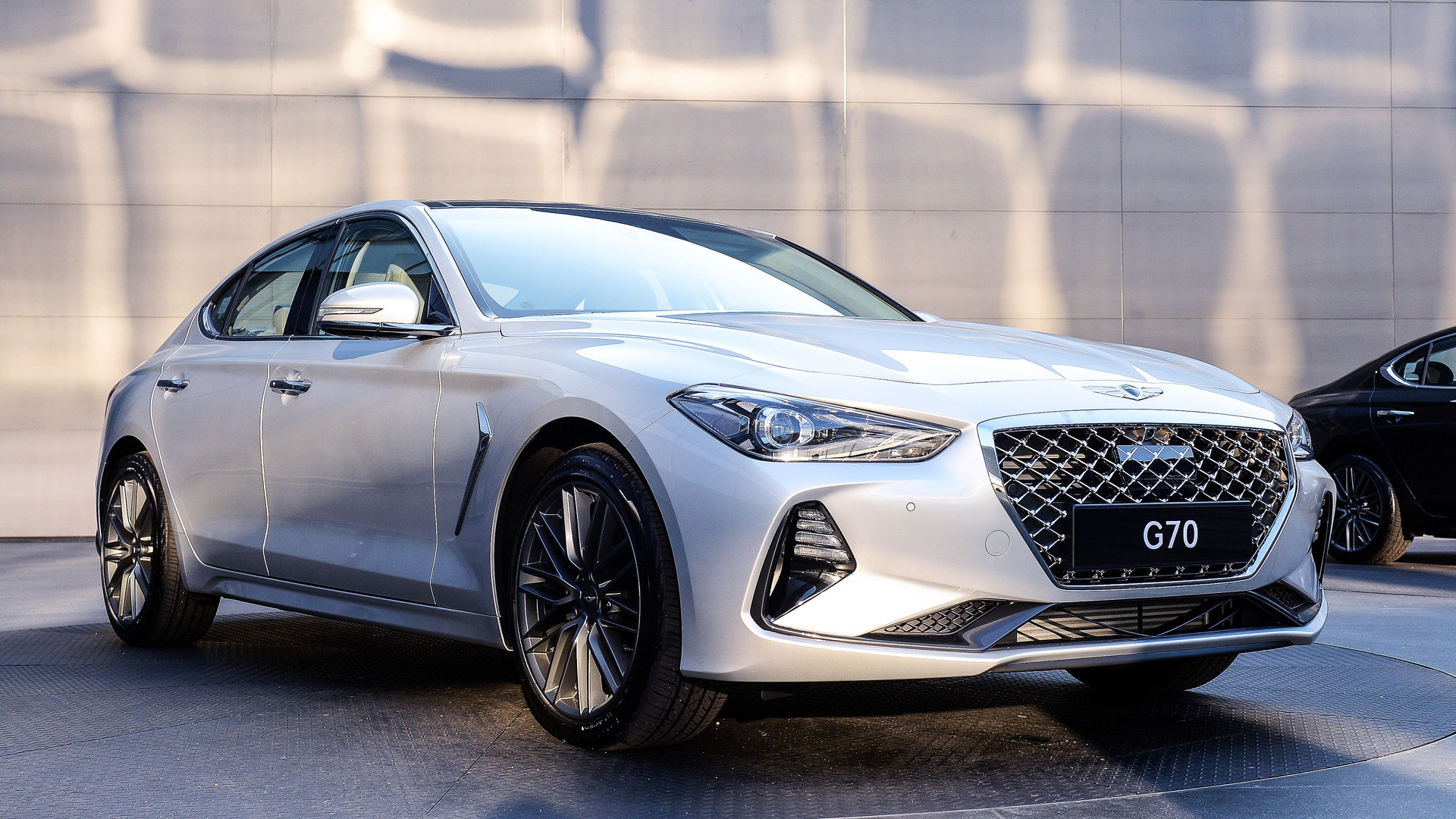 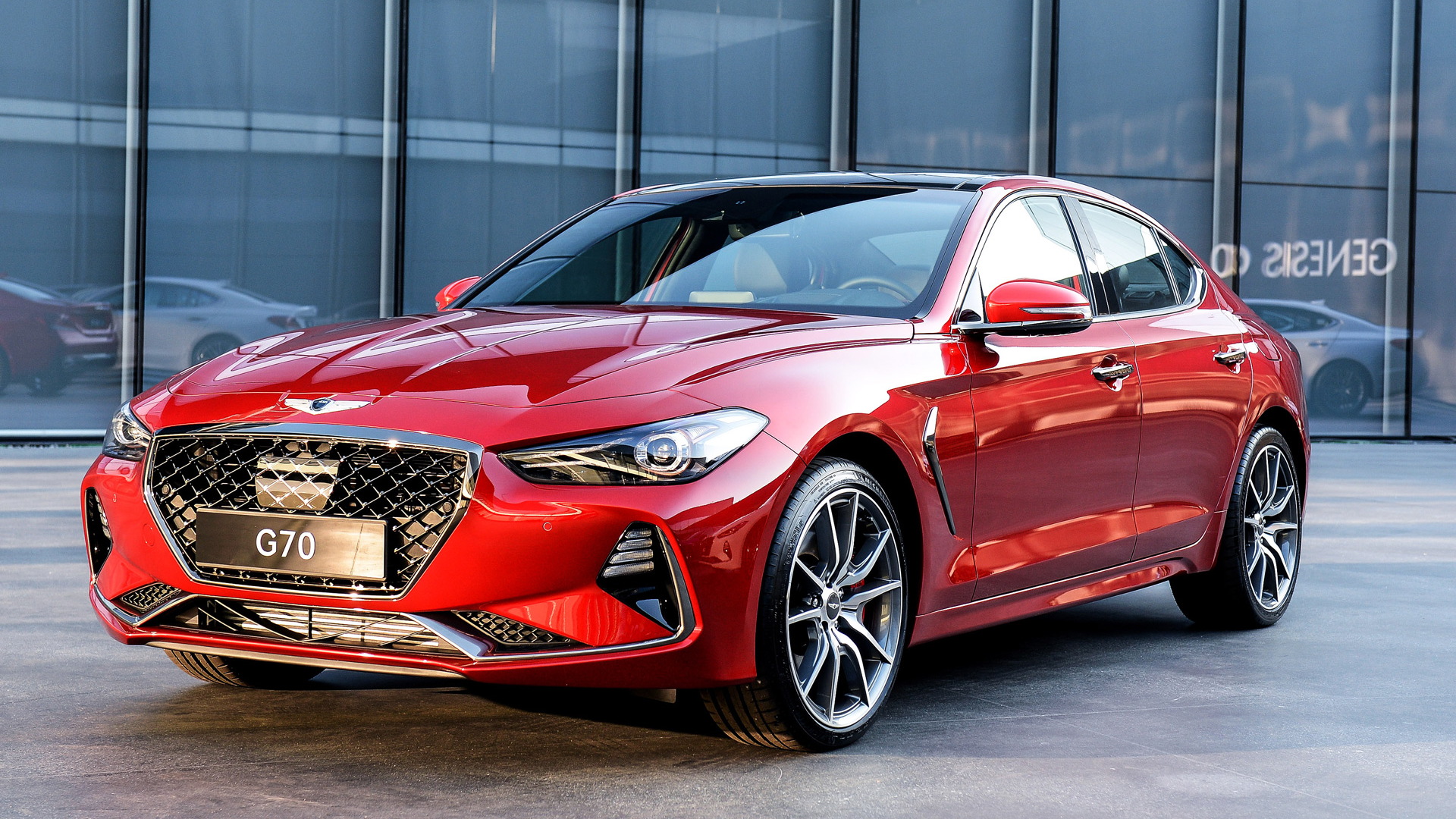 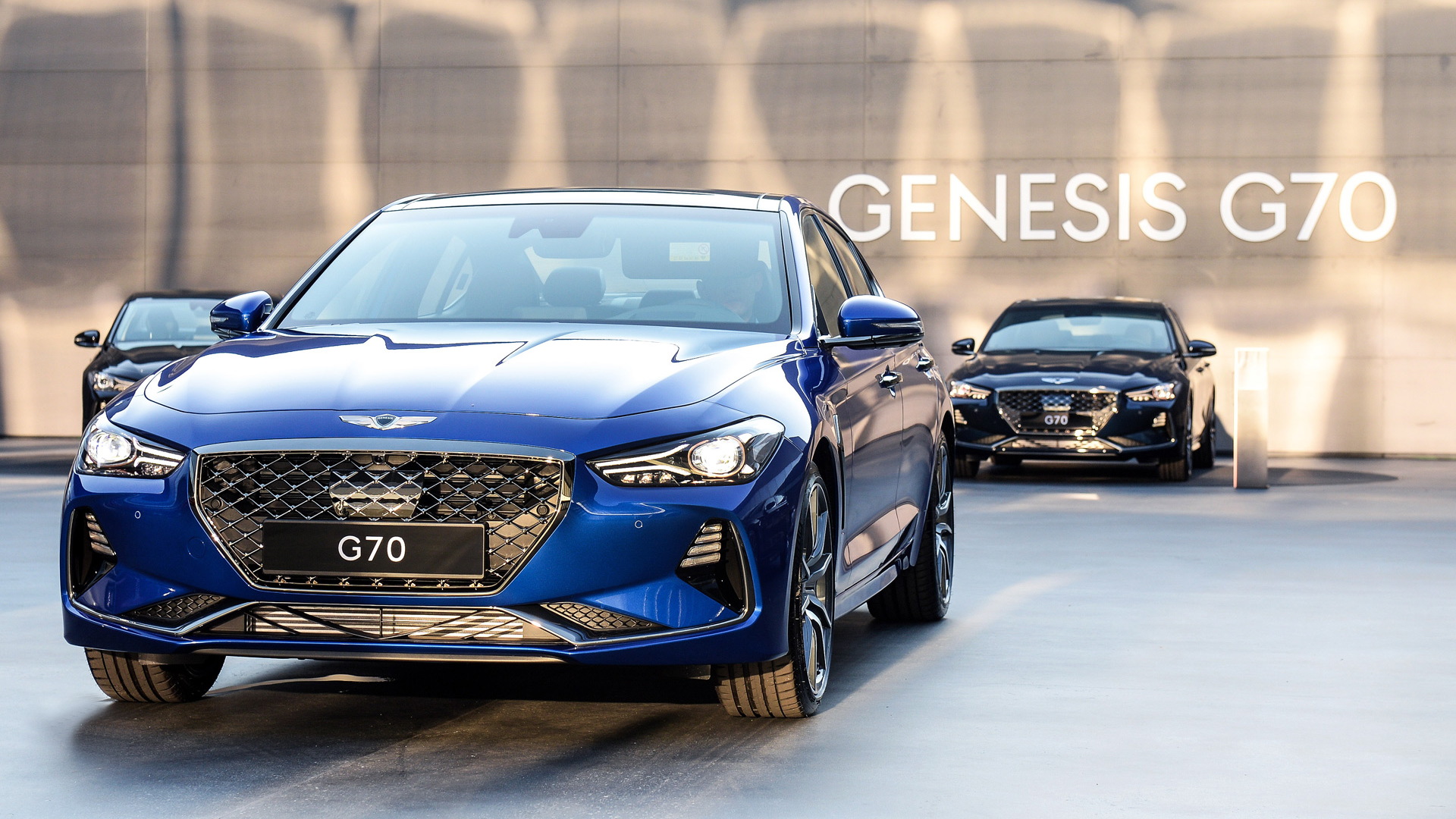 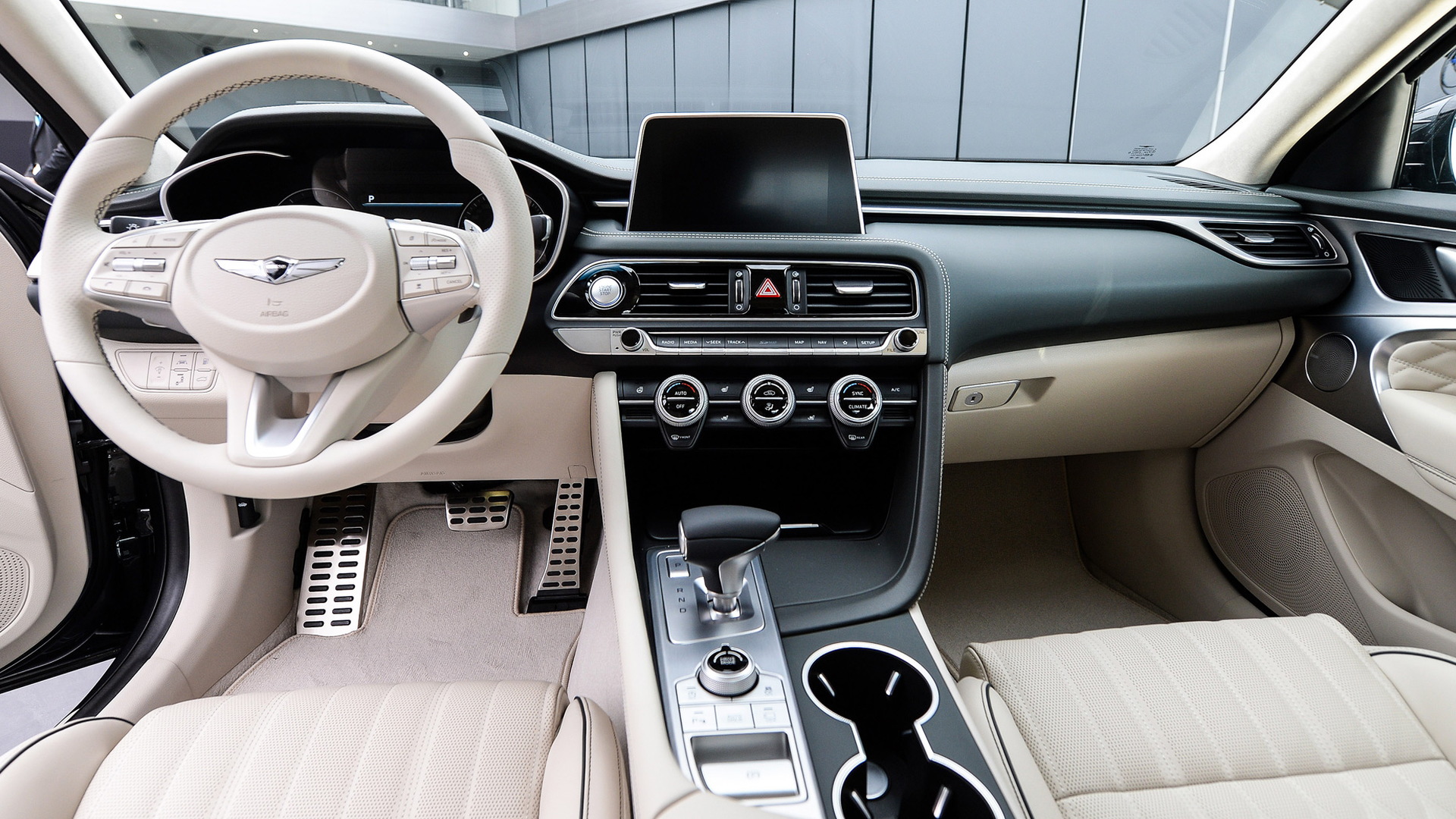 Genesis’ rival to the BMW 3-Series and other small sport sedans is finally here.

The car is the G70, and it was revealed on Friday at Genesis’ design center in Namyang, Korea. Genesis has confirmed we’ll see it in the United States in early 2018, as a 2019 model.

The segment is a tough nut to crack but the G70 has a lot going for it. It takes everything Genesis has learned with the larger G80 and G90 sedans and improves upon it.

We’re talking about a sporty sedan with rear-wheel drive and a powerful range of engines. All-wheel drive will also be available for those who need it.

The quickest of the bunch is clearly the V-6 model which Genesis claims can run from 0-62 mph in 4.7 seconds and top out at 167 mph. An 8-speed automatic will be standard on the G70 though a manual-equipped model complete with limited-slip differential will be on offer.

The platform of the G70 is related to the one in the Kia Stinger; the powertrains, too, in case you hadn’t noticed. The Stringer is the sportier option here, so its suspension settings are more on the stiffer side. The Stinger is also slightly larger than the G70.

The exterior design, sadly, bears little resemblance to 2016’s New York concept which presaged the G70, though there isn’t a bad line anyway. You can’t help but feel that Genesis’ designers have picked the best parts from a number of rival models and slapped them together to form the G70.

You have a dash of Audi in the grille, Lexus in the greenhouse, BMW in the front fenders and Mercedes-Benz in the taillights. Speaking of Mercedes, the G70 features almost identical measurements to the C-Class with its length coming in at 184.4 inches and its wheelbase at 111.6 inches.

Inside, the design is very Jaguar-like. It’s all modern, with nary a dash of woodgrain trim. The layout, fit and finish, and materials appear to be near the top of the class, and you also have the option of diamond-stitched leather.

There’s plenty of tech, too. There’s an 8.0-inch infotainment screen at the top of the center stack, with the system including Apple CarPlay and Android Auto smartphone integration. The premium audio system is a Lexicon 15-speaker unit, and the suite of electronic driver aids include important features such as adaptive cruise control, forward collision warning and blind spot warning. You’ll also get best-in-class safety with nine standard airbags.

Pricing information will be announced closer to the market launch but expect the starting price to only slightly undercut that of rivals, so somewhere in the high-$30k bracket. Of course, the Genesis should offer more standard equipment as well as the brand’s impressive warranty and service plans.