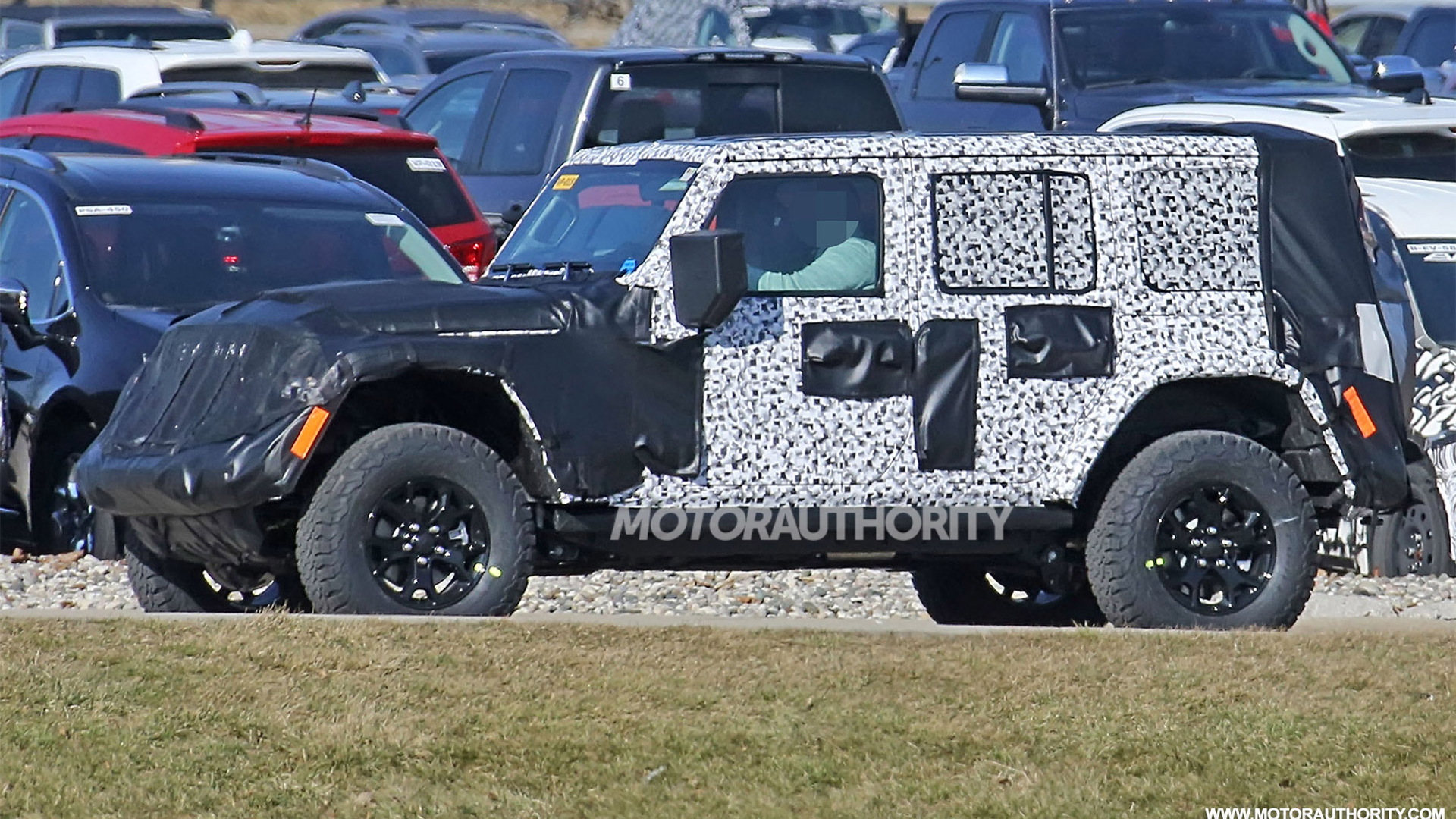 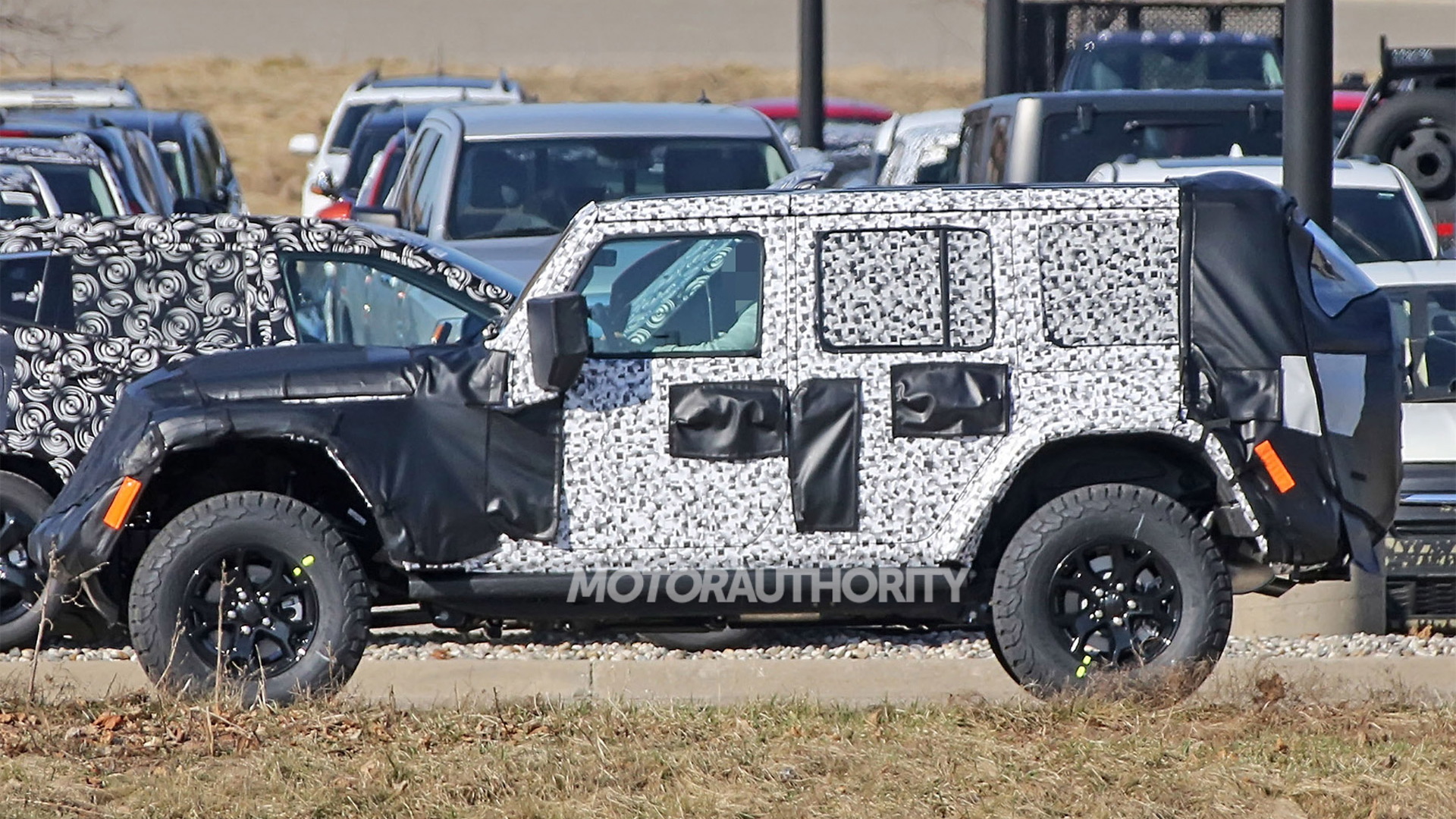 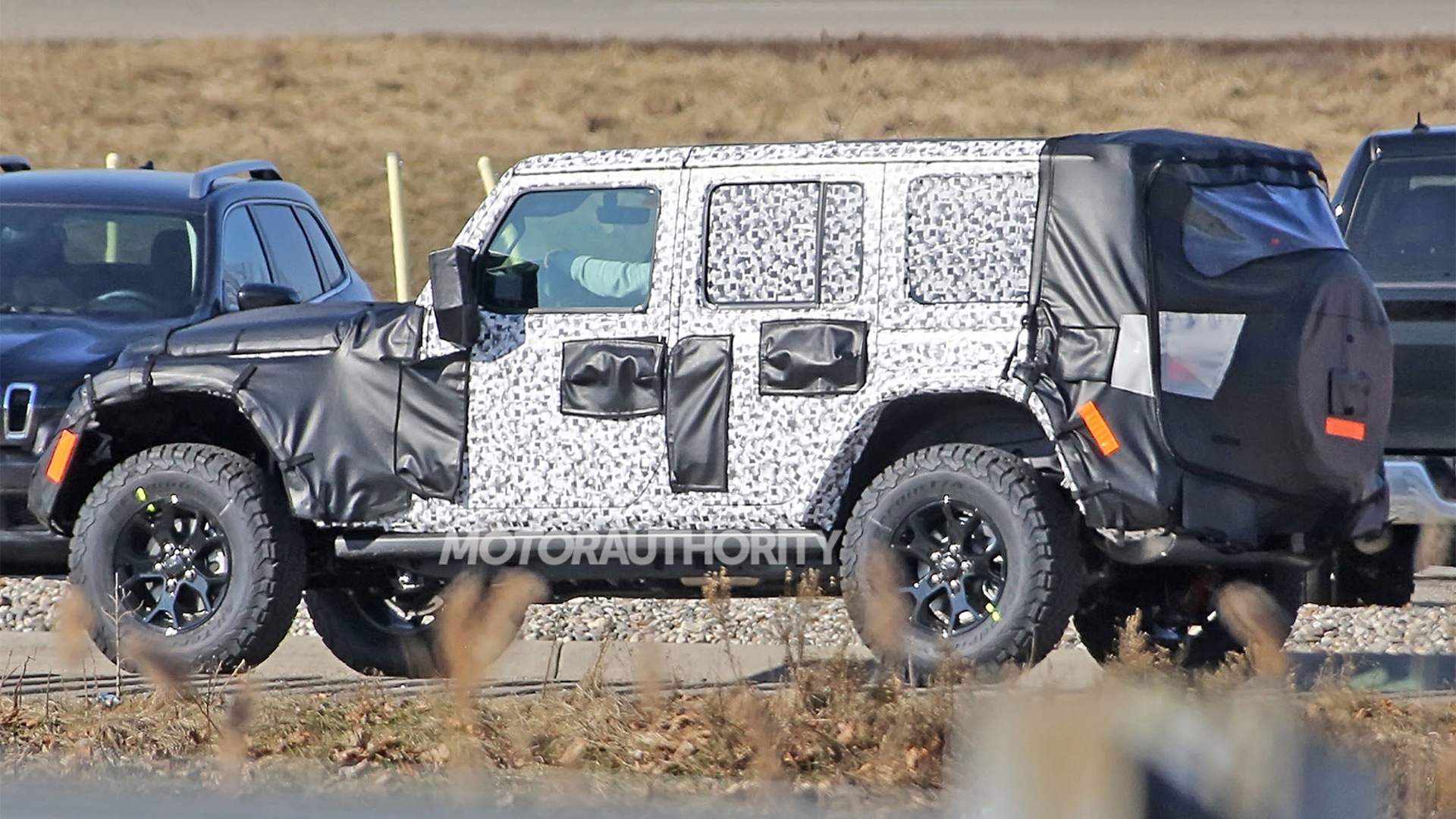 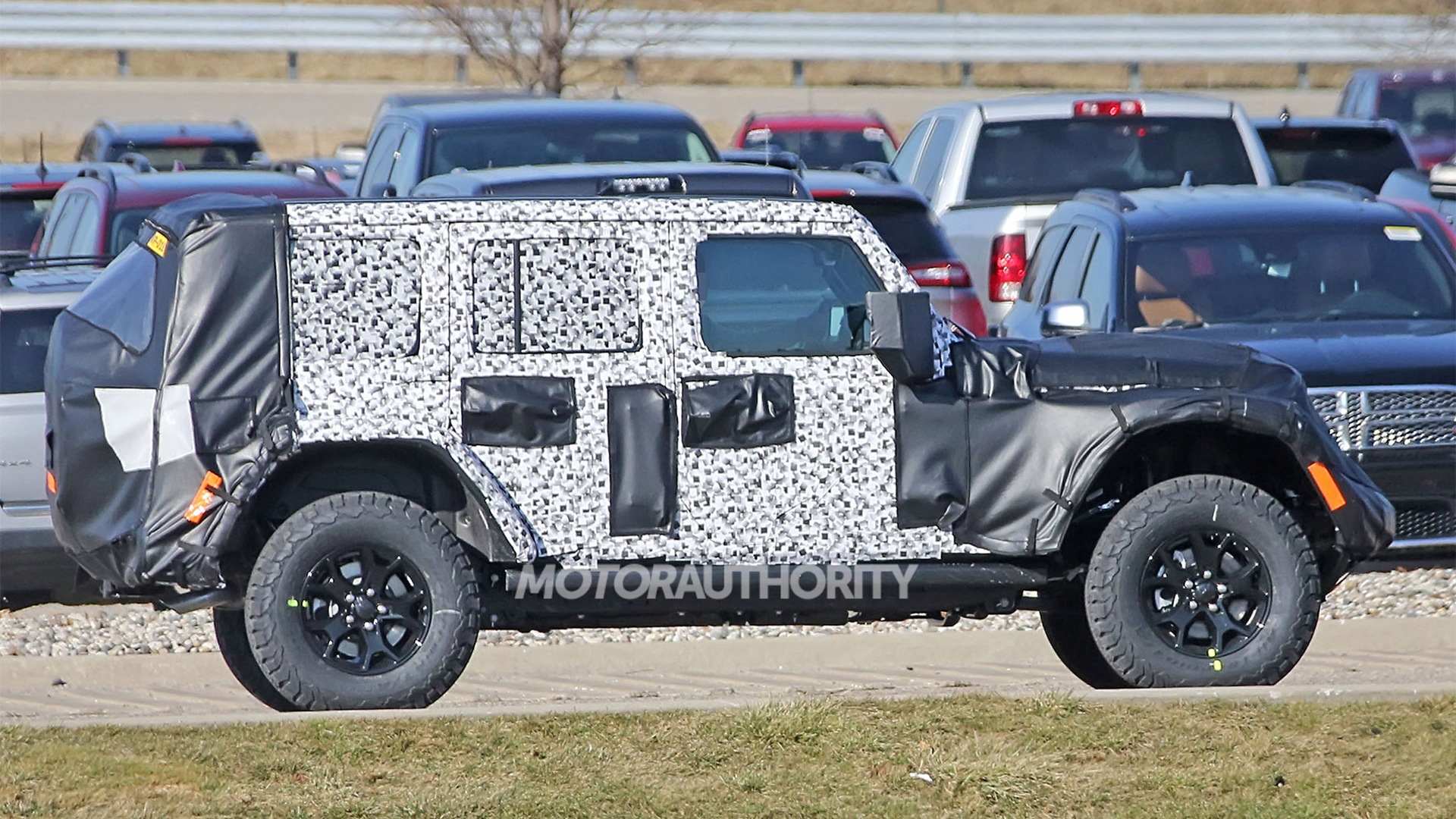 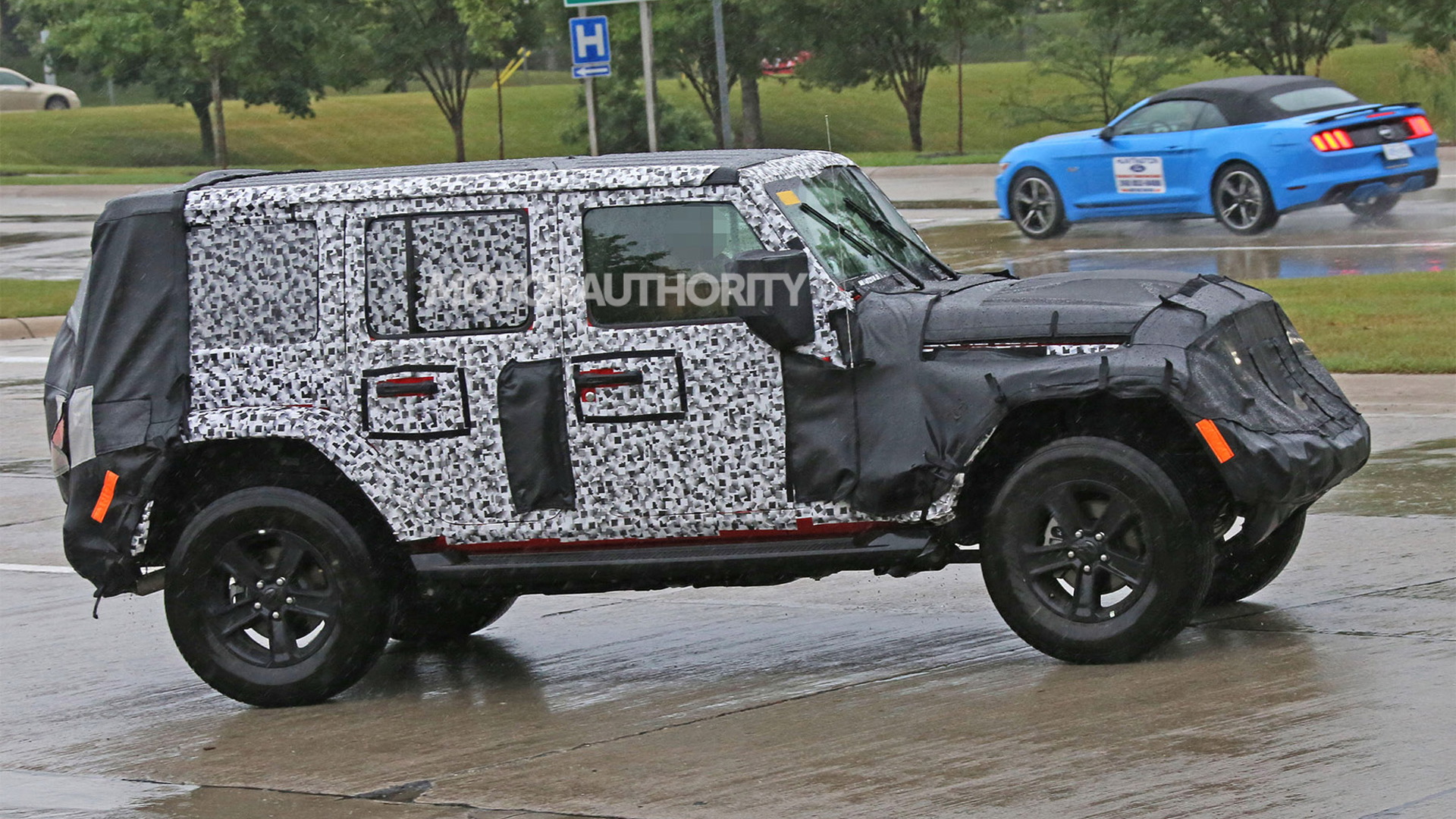 The 2018 Jeep Wrangler (JL) will finally show its face at the 2017 Los Angeles auto show later this year, but leaked information has given us a few nuggets of information ahead of its official reveal.

The leaked information comes from JL Wrangler Forums, which dug through the 2018 Wrangler's order system and discovered a few of the new features coming. The biggest news focuses on how the Wrangler will deploy its power—at least one version of the 2018 Wrangler will feature full-time four-wheel drive, a first for the popular off-roader. The full-time four-wheel-drive system might harken back to Jeep's "Selec-Trac" system, which we thought was dead and buried since 2012.

Power will come from three engine choices: a 2.0-liter turbocharged inline-4 cylinder or a 3.6-liter V-6 engine. Fiat-Chrysler's 3.0-liter turbodiesel V-6 engine is expected to be available shortly after the off-road SUV's initial launch, potentially in 2019. Two transmissions will be available for the 2018 Wrangler: an 8-speed automatic and a 6-speed manual transmission. However, the base powertrain—the 2.0L turbo—will be paired exclusively to the 8-speed automatic.

As for customization, there are 10 separate packages available for the 2018 Wrangler with quite a breadth of options, including an optional LED lighting package and upgrades to the infotainment and onboard technology gizmos. A new "Trail Rail Management System" is also listed, though we don't know what exactly it entails just yet.

The last big piece of news surrounds the 2018 Wrangler's roof: buyers may opt for a power-folding unit, which is a blessing to anyone that's argued with the Wrangler's obstinate manual roof. However, it will not be the power-folding hard-top roof that has been rumored in the past. The leaked specs detail a power soft-top roof instead. Additionally, a traditional soft top and three-piece hard-top roof will be available. The hard top may be finished in black or the Wrangler's specified body color.

While the design may take an evolutionary route, it's clear Jeep has plenty of new features coming to its most iconic nameplate. Now, we wait to see the final product.