There’s now just one point separating the top two drivers in the 2017 Formula One World Championship thanks to a strong performance by Mercedes AMG’s Lewis Hamilton on Sunday at the British Grand Prix.

Hamilton, who entered the race with a 20-point deficit to Ferrari’s Sebastian Vettel, not only claimed victory but also pole position, the fastest lap and the lead spot on every lap. Vettel still leads the 2017 Drivers’ Championship, but with Hamilton now right on his tail.

In second place was Mercedes’ other driver, Valtteri Bottas, who finished 14.063 seconds behind Hamilton. Ferrari’s Kimi Räikkönen claimed the third podium spot after crossing the finish line 36.570 seconds behind the winner.

There was tension right from the start as an extra formation lap was needed because Jolyon Palmer’s Renault broke down due to a hydraulic issue. Then came a collision between the two Toro Rossos which brought out the safety car.

Racing restarted on lap five, with the Mercedes men in front but with the Ferrari drivers close behind. Later, the Ferraris would get ahead of Bottas after the Mercedes driver pitted for fresh tires. This led to a great duel between Vettel and Bottas, which Bottas on lap 43 emerged the victor.  Still ahead of Bottas, however, were Räikkönen, Red Bull Racing’s Max Verstappen, and Hamilton. 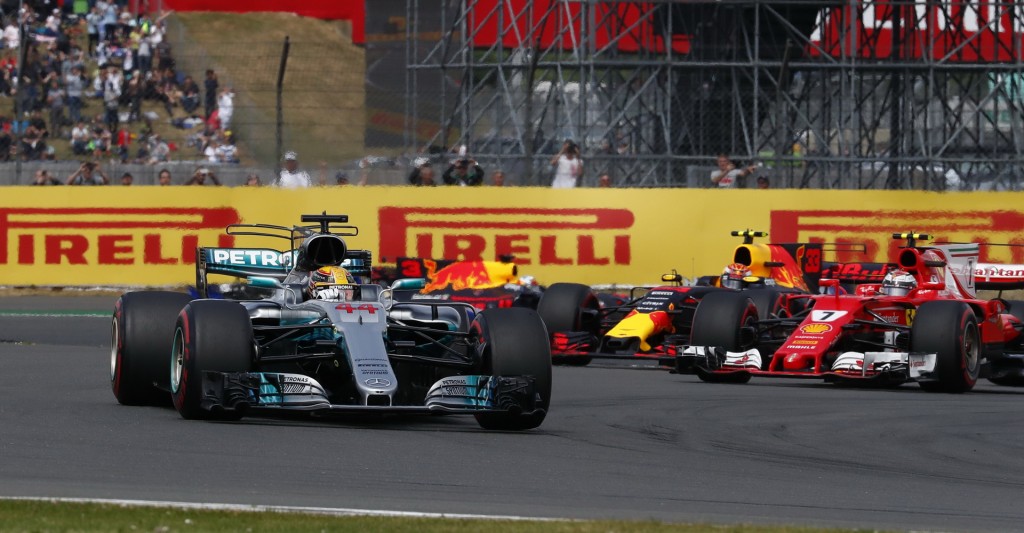 Unfortunately for Räikkönen, one of his tires started to disintegrate, forcing him to pit for a new set. Verstappen also needed to make an unexpected stop, allowing Bottas to cruise into second place. Vettel was still in third but the on the final lap the German suffered a puncture. He dived into pit lane but upon emerging could only manage seventh place.

As mentioned, Vettel still leads the Drivers’ Championship, with 177 points. Hamilton is second with 176 points and Bottas is third with 154 points. In the Constructors’ Championship, Mercedes leads with 330 points, Ferrari is second with 275 points and Red Bull is third with 174 points. The next race on the calendar is the Hungarian Grand Prix which takes place in a fortnight.

Hit the next page for the full results of the 2017 Formula One British Grand Prix. 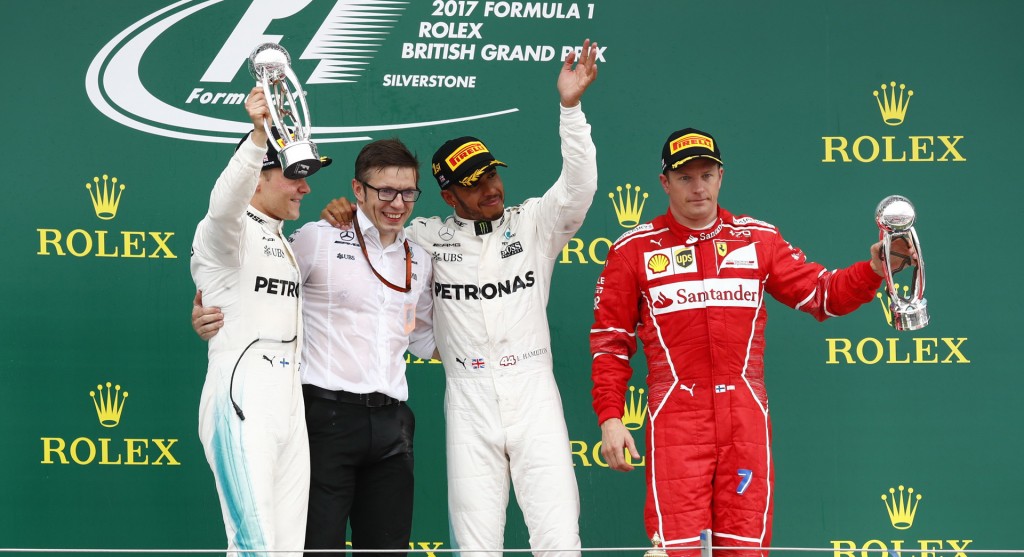 Below are the full results of the 2017 Formula One British Grand Prix: